The Return of the Creepy Tiki 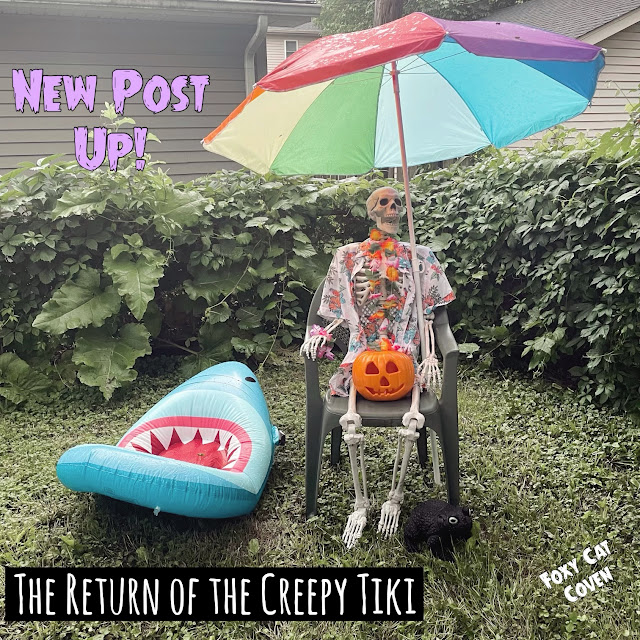 Jeremy: Hello again, creeps! If you were with us last year than you might recall that this is our second time throwing this joint birthday party we call Creepy Tiki. Much like our Halloween party (Dive Bar of the Damned) this is something that was enough of a success for us the first year, that we want to continue to hold them every year, building up from only having a couple lei's and a blow up palm tree, to perhaps something that would make the Creature From the Black Lagoon on a good day, proud. While we've drawn inspiration from such films as Scooby-Doo (2002) and I Still Know What You Did Last Summer (1998), i'm sad to say that there's very few horror movies (or any kind of movies, for that matter) that I was able to check out from last years party till now in order to direct us on how to best set things up. That's not to say that I wasn't completely blown away with what we managed to throw together (this year being much better than the last), but I do know that we are only going to get better from here.

That being said, and I say this knowing full well my track record on taking on nearly any sort of task, I want to go seek out a collection of movies to show next year at Creepy Tiki, through my own digging or through the recommendations of you guys. While this had been our plan originally to show a few movies for people to come inside at the end of the night, something that didn't end up panning out, I want to create the perfect playlist of creepy tiki themed movies. All with a theme that perfectly represents the atmosphere we are trying to create.

But as for me, I had a blast. There was punch that didn't taste like it had any alcohol in it until all of a sudden you're not walking straight, there was music, and most of all, there were people we hadn't seen in over a year due to the pandemic. And on that last point, this really felt like one of those major steps into returning to being able to see everyone that we hadn't already been able to see for nearly a year and a half now. And while it was a struggle to miss things like the Renaissance Festival or Theatre Bizarre or any of the several horror conventions we already had tickets for, it was worth it to know that people were safe, and we are moving back to sharing with you guys what we get up to. 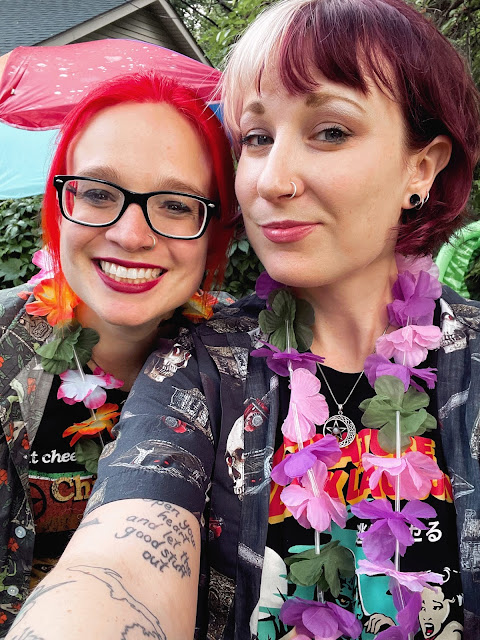 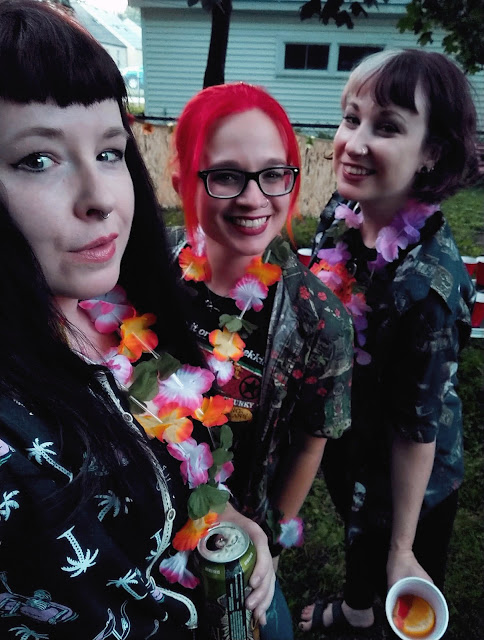 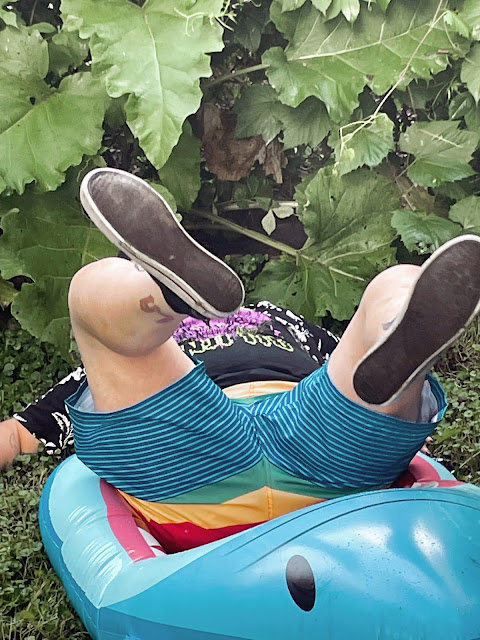 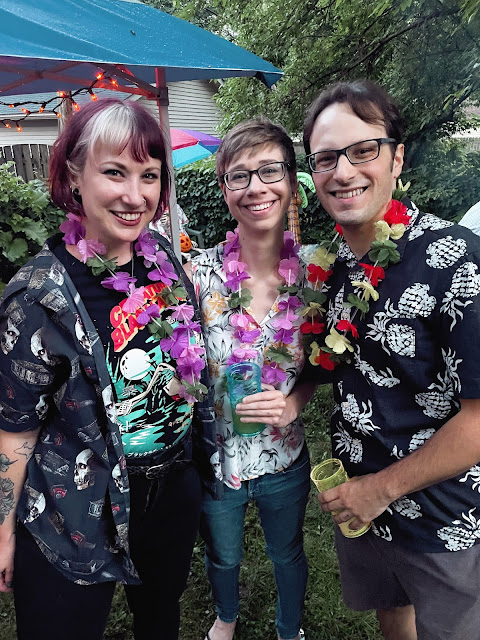 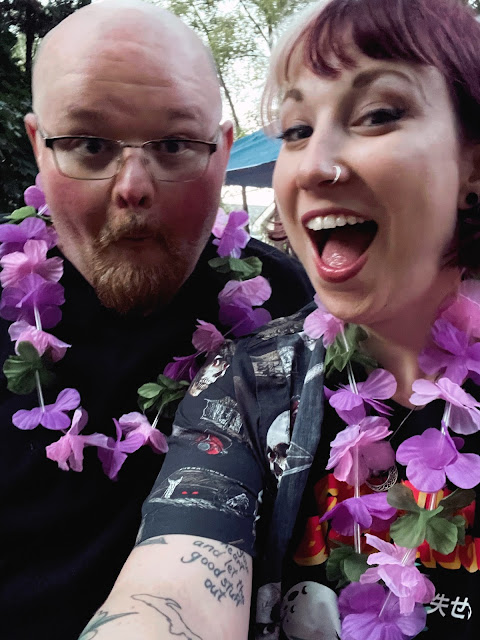 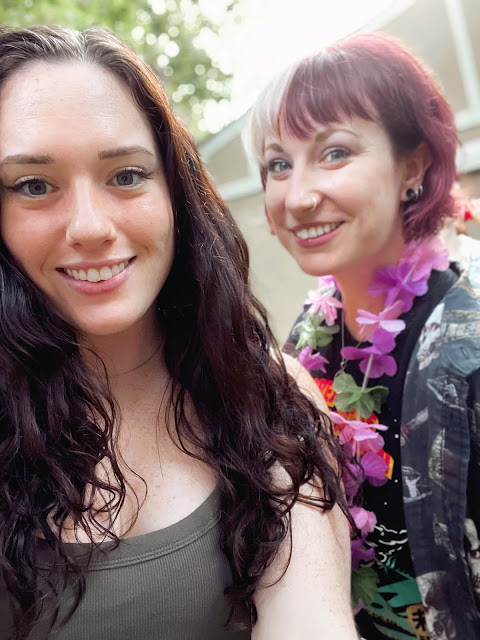 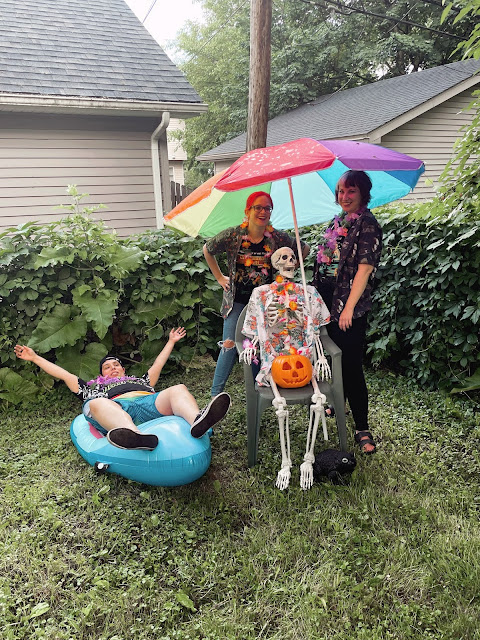 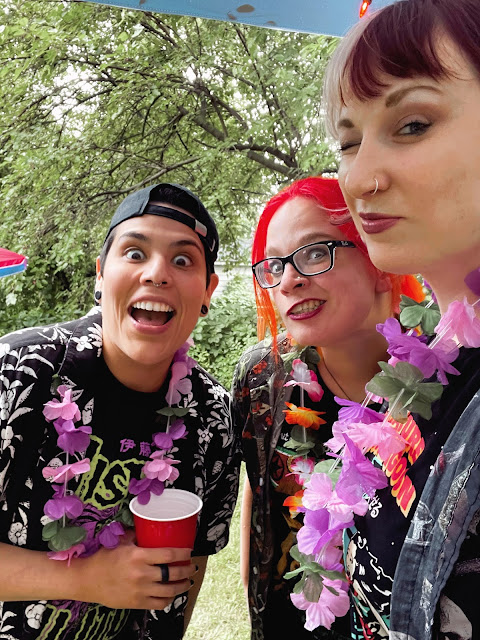 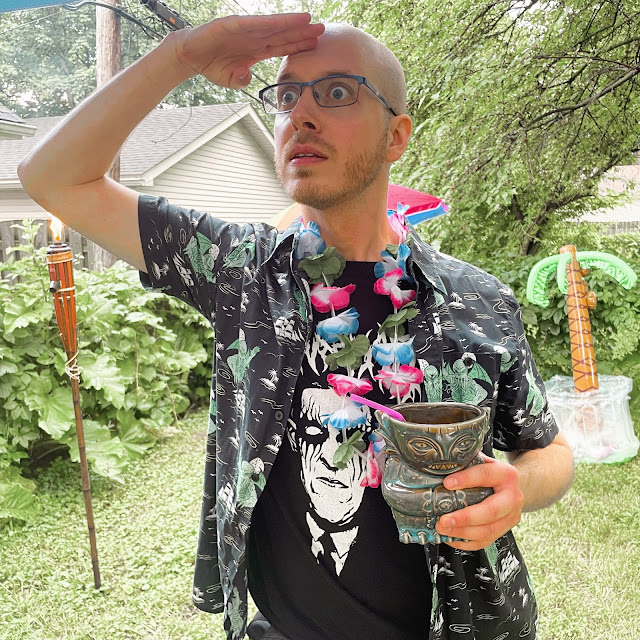 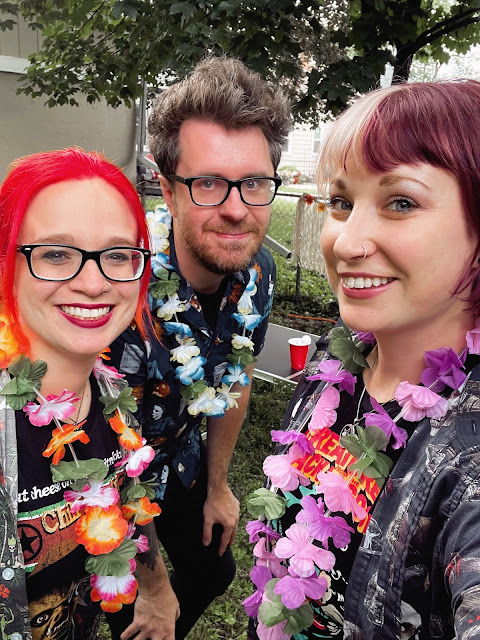 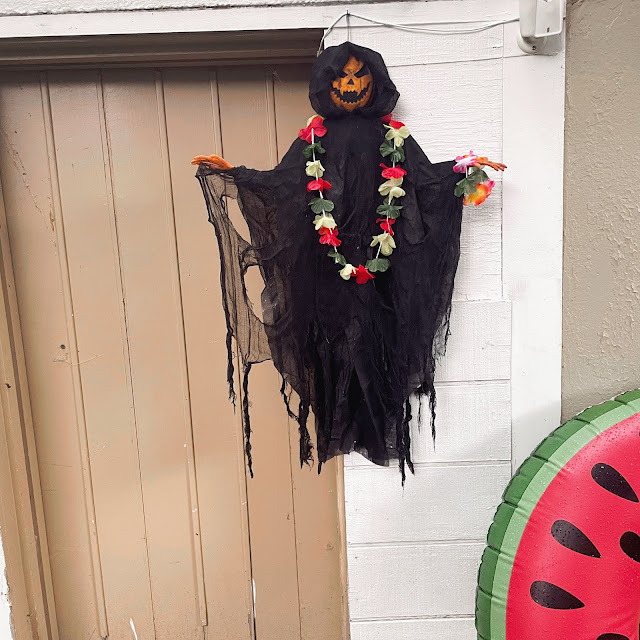 Sara: This was our first party post-pandemic, and we are so happy to have seen a handful of our friends outside of our pod, for the first time in a loooong while. Last year was extremely small scale, due to obvious reasons, but this year felt like the re-launch of the closest thing we will have to Summer-ween! As Jeremy mentioned, we have  pretty decent playlist that is 1/3 tiki, 1/3 summer-spooky, and 1/3 just plain, fun stuff for summer. I will link it here for anyone who is interested.

This is yet another photo-heavy, kinda mostly selfies post, but we were having too much fun to take a lot of photos. Shout-out to our friend Miranda for loaning us her skeleton boi and tent, he's actually still with us and is quite the quiet guest.

We had a small snag in motivation for blogging, despite saying we were back in the last post, one of our guinea pigs, Annabelle, had passed away after being sick for a long time. However, we are back and actually have plans to visit the theatre again this week since March, 2020, and we are bringing back the Netflix Party on Thursday, July 8th at 9pm, EST. Movie to be announced once we get closer, so keep an eye out on our socials @FoxyCatCoven.

We are going to leave you with another spooky, and interesting read: Best Horror Movies: Which Does Each Us State Love Most? by Kill The Cable Bill. Be sure to drop them a line and let them know if their research checks out. As a Michigander, I can verify that The Devil's Backbone is in fact high on my horror favorites list.

Until next time, keep it creepy, kids! 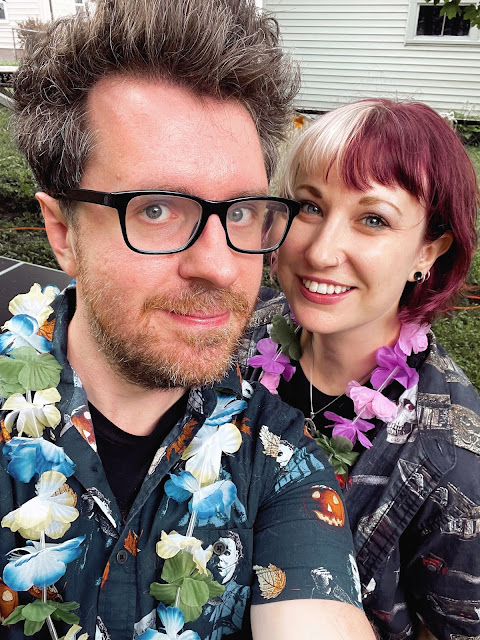