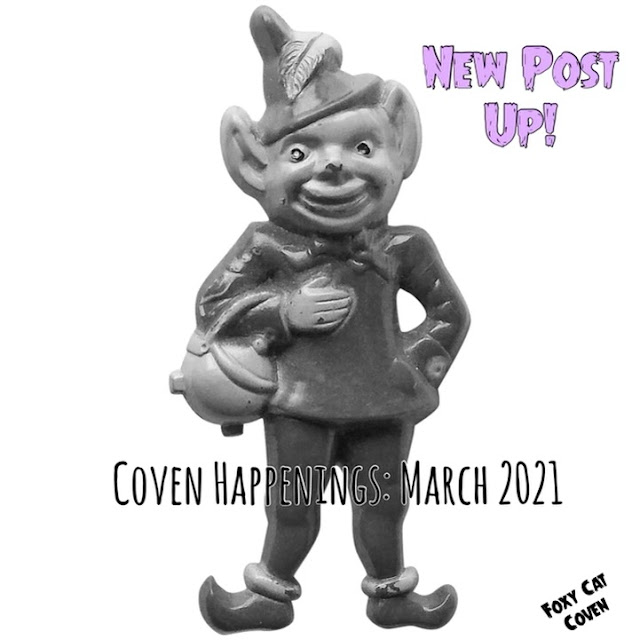 Jeremy: Hello again creeps, and ghoulish greetings for another month of spooky goodness! Where as last month I can distinctly remember several of our posts being written while winter storms raged outside, this post finds me writing on a breezy, sunny day, with little snow left on the ground. We've got several updates for you, from what I considered to be once again a productive month so far this year. We've got games, we've got movies, and we've got yet another batch of posts coming to you over the next couple weeks!

If there's just one missed opportunity I could point out from last month, in contrast to everything else that went well, it's that there was little time to catch up on the splatter/Herschell Gordon Lewis movies I planned on watching once per month this year. Last months scheduled movie was Scum of the Earth, and would have been an entirely new watch for us. And so, to make up for this, we're tackling two of these bad boys this month, adding in Two Thousand Maniacs to the docket! As with Blood Feast, i'll be sharing my thoughts on both of these films during next months Coven Happenings post, so be on the lookout when that time comes.

One game that I particularly have been excited to talk about over this past month has been an edition of the monthly subscription game known as Hunt a Killer, in this case the Blair Witch edition! The way it works is similar to that of a murder mystery, where each month (in this case over the course of six months) you're given a set of clues and a portion of the mystery to solve, before ultimately discovering the answer to the mystery as a whole. While i'll be further getting into this with a future post, we've already completed the first of six set of clues, with the second having arrived in the mail this last week. So again, keep an eye out for this one!

And last up, i've made some considerable progress reading House of Leaves this last month, and now having past the halfway mark, i've chosen that the next novel I will be tackling will be Anne Rice's Queen of the Damned! It's been well over a year since I read Interview with the Vampire and The Vampire Lestat back to back, and i'm very much looking forward to returning to this world. Especially after checking out the aces and underrated film adaption over this last weekend.

Sara: This month was a month of horror table-top games, snacks, and lots of trivia while watching movies. Willy's Wonderland was worth the $20 early access fee, IMO.  We finished up our re-watch of the Stranger Things series, and moved onto The Chilling Adventures of Sabrina-a complete re-watch from the beginning. I have already created a drinking game while watching this series: A shot for every time Ambrose calls Sabrina "Cousin", and a drink for every "Praise Satan". Good luck!

Now that the weather is nicer, I am hoping that we can get some more spooky photoshoots in. There are plenty of awesome cemeteries we are planning to scope out, and I am hoping that the Mud Season of Michigan is short-lived. It has been a long time since we have been able to visit any haunted places for you guys, so hopefully we can play it safe and do a post on an outdoor one soon. Honestly, anything outdoors has been welcomed with open-arms lately, we have been braving the cold and snow for walks due to feeling completely stir-crazy.  We are also plotting a thrifting trip this week and I am keeping my claws crossed for some decent VHS finds, as it has been awhile.

Since it is once again March in a pandemic, we are celebrating St. Patrick's Day with some DIY green beer (if we are even feeling that ambitious) and a re-watch of a couple of the Leprechaun moves. I am personally a fan, they are terrible and I love them. Especially the space one, it's comepletely bonkers. I'm also hoping that we can squeeze in a viewing of Rawhead Rex, because who doesn't love a cheesy Irish-Horror flick? 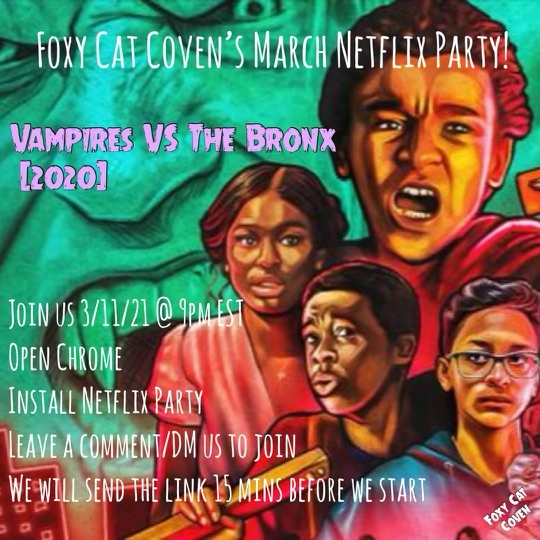 Lastly, this warm weather has had us cleaning and slowly redecorating the lair for Spring. We have some new folk-horror, and Twin Peaks posters we bought with some leftover gift cards and I am working on incorporating a few more folk-horror items, along with some mushroom decor, so that we can finally have the spooky-cottagecore apartment of our dreams.

This month's Foxy Cat Coven Netflix Party is set for Thursday, March 11th at 9pm, EST. Just send us a DM/Leave us a comment and we will send you the link to the party about 15 minutes before. This month we are watching 2020's, Vampires vs The Bronx! Neither of us have seen it yet, so that should be pretty fun. See ya then, creeps!