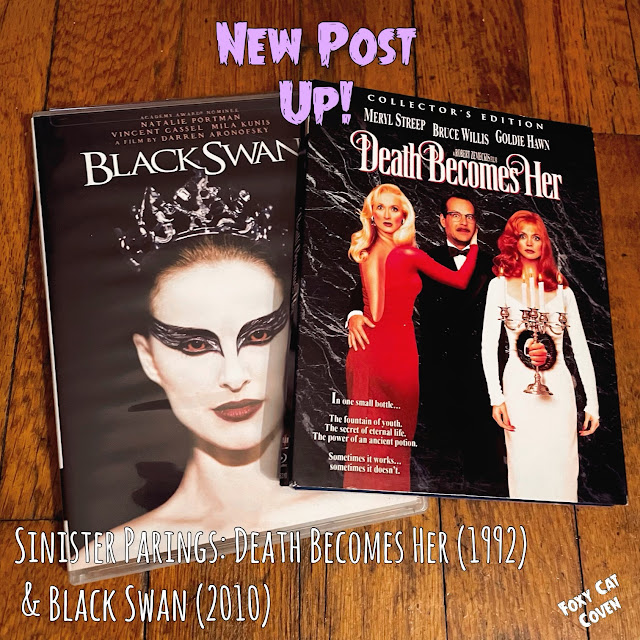 Sara: With each January comes the dreaded fitness posts, healthy food recipes, and new hairdo selfies with the "New Year, New Me!" quote to caption it off. I think it is safe to say that most people feel that they are 'just getting through' the last lag of the year and are ready for a fresh start come the first week of January, and we can't blame them entirely. We too, purchased and assembled a stationary bike to help us make healthier habits and burn off all of the alcohol we consume each weekend, getting lit in the living room. Let's hope our motivation lasts longer than the usual burnout around Valentine's Day, shall we? This month we decided to not only try to be healthier humans, we also decided to feature two films that touch on the subject of obtaining perfection, and the repercussions that follow: Death Becomes Her (1992), and Black Swan (2010).

Jeremy: Let's talk a bit about the plot of both films: Black Swan (2010) follows Nina (Natalie Portman), a dancer committed to perfection in her routine, and her offer to play the role of both the White and Black Swan in a production of Swan Lake. Due to her obsessive nature,  and the gravity of her sudden ascension to the lead of her dancing company, her already fragile psyche begins to unravel as the film progresses. This cultivates in a final half hour that is rampant with unreliable narration, leaving me still wondering years later which scenes really took place, and which were all in Nina's mind. But my key takeaway here, leading me into Death Becomes Her (1992), is that drive for perfection, and it's relation as well to age, that of a dancers struggle with that looming sense that early retirement is a common and unfortunate side effect of the profession.

Death Becomes Her takes a more comedic route to a similar topic, where we follow the bitter rivalry of Madeline and Helen, who eventually come across a magic potion that promises eternal youth, but with a price to pay. I want to pay particular attention to Madeline, whose primary motivation for choosing to seek out and take this magic potion stems from her struggles with aging, and losing the limelight that she once stood in. While it presents the struggles of a different generation than Nina's in Black Swan, they still seek the same position in life, perfection and the adoration that comes from it. 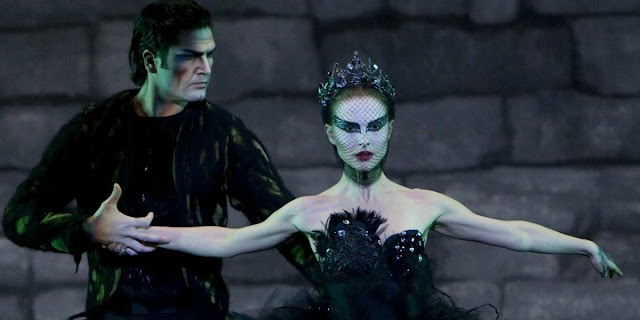 What I like most about Black Swan is how ambiguous it is. Sure, it's a damn good movie in itself, but many repeat viewings have occurred over the years simply because I attempted to work out how many clues were left behind to tell what was real and what was fiction. You find too that with repeated viewings there's plenty of subliminal images that you can just barely miss, from distorted faces to Nina herself appearing in the background of several scenes as a doppelgänger. As for Death Becomes Her, while the scenes of the undead Madeline and Helen beating the shit out of each other are certainly highlights, I found that once Helen sought to ruin Madeline's life like she had hers, followed by those scenes that cultivated in Madeline taking the potion (such as her rejection by her young lover and her failure to acquire more reconstructive surgery) formed my favorite moments of the film. While Death Becomes Her approaches this topic of perfection from a more light-hearted perspective, I think both are 5 out of 5 films that cover the topic of perfection with a price perfectly.

Sara: We talked about Death Becomes Her previously on this blog, however, as Jeremy already said its a 10/10, so it's completely deserving of another post. Why? Although this movie is more dark-comedy, the thought of living forever but decaying horribly if you don't take care of your body is completely terrifying. I am borderline anemic, so each time I accidently bump into something too hard, bruises ensue. I can't imagine what would happen if I were to take the potion Madeline and Helen sought after, I'd most likely end up without whatever body part said bruise happened upon.  Black Swan is a must-watch for me each winter because it not only takes place in the winter, but Nina's obsession with perfection isn't the only thing to be afraid of in this film, it's also crucial to pay attention to the rest of her life: because she doesn't have one. When Nina isn't shown dancing at her company, she's at home, with her mother who is completely over-protective and borderline obsessive over her. She has no friends, she is never shown reading or watching movies, she just continues practicing dance at home, and it's pretty fucking bleak. 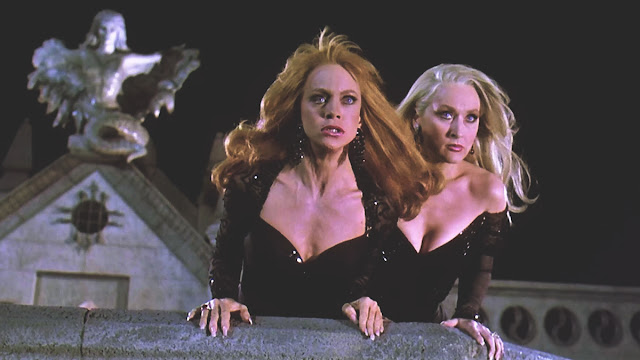 So what's the lesson here, kids? Be healthy, but also don't become obsessed with ideals, and honestly, just love yourself. But, also check out both of these movies if you haven't because they are both PERFECTLY awesome (I'll see myself out).

Have some thoughts on Black Swan or Death Becomes Her? Have a rec for us to check out? Drop us a comment here, or on any of our social media platforms @FoxyCatCoven, or join our Facebook group: Coven Creeps, located right on our Facebook page. Also, don't forget to join us Thursday the 21st  for our January Netflix Party! We are kicking things off at 9 pm EST with a viewing of Hush (2016). Just make sure you have Netflix Party installed on Chrome, leave us a comment, and we will DM you the link before we get started. Until next time, keep it creepy, kids!