Up and Coven Happenings: November 2020 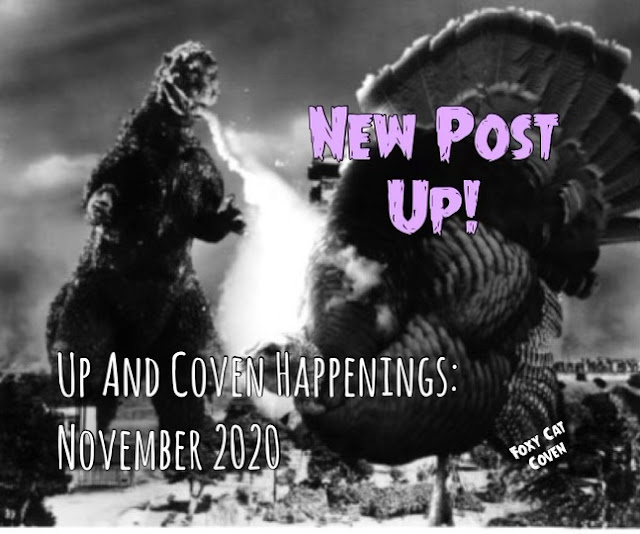 Jeremy: Hello again, creeps! As we find ourselves in November, or rather October: Part II, we here at the coven find ourselves holding onto what's left of the Halloween season before winter begins its slow, and arduous mission to chill us to the bone. That being said, after a long of weekend of Halloween mischief, we took a week off to get away and recuperate from all the madness. Now we're back at you with some updates, and a couple new creepy delights this month to keep that spooky spirit raging on.

Lets be honest, did anyone really think I was going to finish House of Leaves in a month with my track record? So yes, i'm still making my way through that beast of a novel, still projecting to finish it up before the end of the year. Looking back on 2020, despite us all being relatively locked indoors, I still only managed to read a handful of books this year. While i'm not big on resolutions, I am feeling the drive to burn through (and double) that amount in 2021. The more I looked at our shelves, the more I realize just how any things I wish I had already read. And with new things i'm discovering all the time, this is something I really would like to be dedicating more time to, at the very least so I have something to update you guys with.

As for something I actually have been keeping on top of, at the start of this year I decided to utilize the diary function on Letterboxd to keep track of everything I watched and on what day. Small fucking victory but i've actually kept on it for nearly an entire year, making our end of the year, top ten list much easier (at least, for my half) to bring to you creeps. While we haven't had the pleasure of being able to see a whole lot of "new to 2020" content, we've still come across plenty to write home about, and quite a few that are best left forgotten.

One last thing, I wanted to throw out a recommendation here that, if you have the funds for it, to pick up Scream Factory's Friday the 13th Deluxe Box Set. Not only are you getting all twelve Friday films on Blu-Ray with killer artwork, but this set is packed with so many new features (Including the rare, and thought to be lost, uncut footage from Friday the 13th Part II) that even if you already own a previous box sets, there's plenty of reason to add this to your collection. 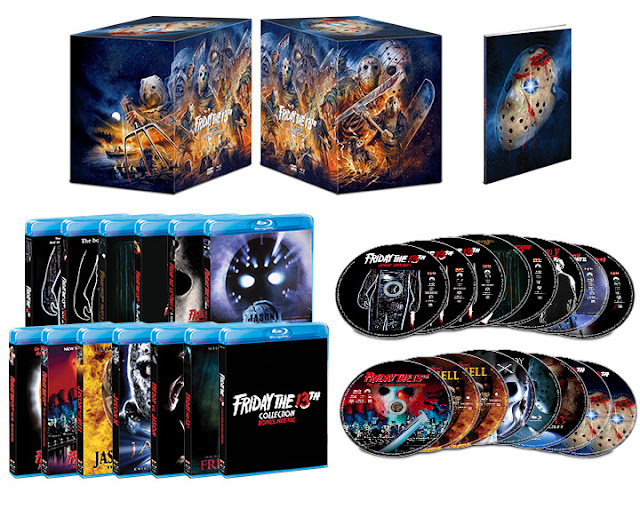 Sara: After shamelessly stealing the term from one of our best friends, we are currently celebrating BooVember! I took down a few of our Halloween decor, sad as I was, but I didn't have it in me to put up any holiday items just yet. It's also in the 70's right now in Detroit, so I think I am just going to hold onto fall a little bit longer. We left some pumpkins out, we have a stack of Thanksgiving/fall horror flicks to binge, and we are taking lots of walks to enjoy the last bit of fall foliage before we are bombarded by bald ass trees and snow for the next forever.

Even though we are pretty terrible at finishing shows, we started watching Ratched, and are getting pretty into it! We are only three episodes in, but I am pretty sure I can watch Sarah Paulson in anything at this point. Have her scream into an old potato sack in a gas station bathroom while ugly crying for an hour? Sold. I have also started watching the reboot of Charmed and I am only able to watch an episode here and there, but I really love it! I think its a pretty cute show, with some decent nods to the OG. As far as reading, I feel off the bandwagon-again! I fully blame the October update of Animal Crossing, you bet my ass crafted a bunch of Halloween decor and put pumpkins ALL over my god damn island. The Halloween event was really cute as well! We had 1 lone trick-or-treater, despite our best attempt with a candy shoot, so I spent most of the day scaring my villagers and watching Halloween. 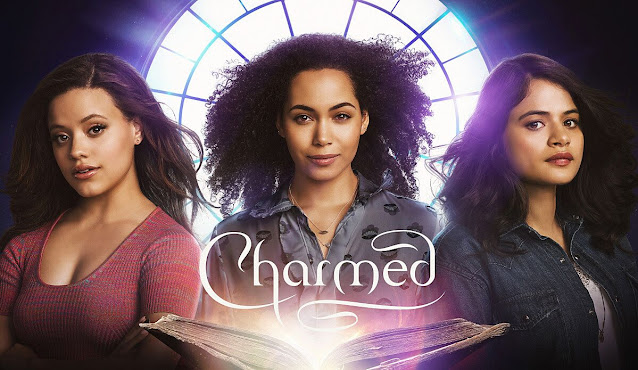 This month we are going to host another Netflix Party! So save the date for November 19th, at 9pm, EST! We will be watching The Village (2004), because of those BooVember/late fall vibes, so be sure to hit us up that day if you'd like to join. All you have to do is install Netflix Party, and DM us and we will hook you up with a link! Until next time, keep it creepy, kids!