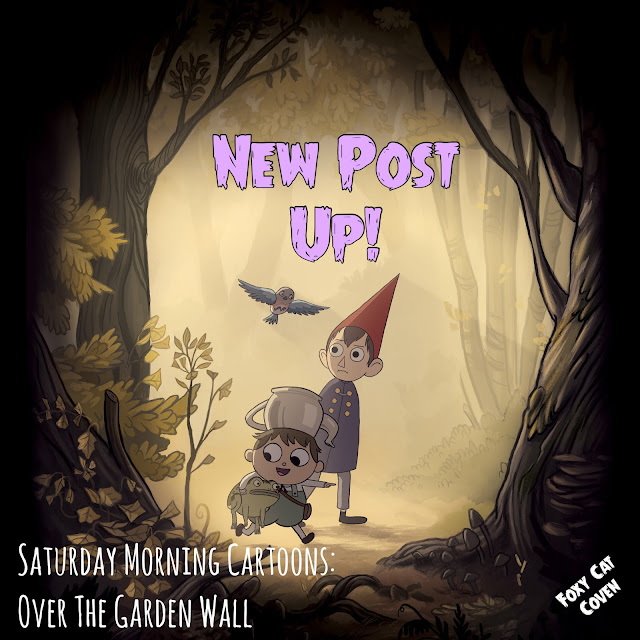 Sara: Hello again, Creeps! Today I am terrorizing your feed with a new feature on the blog: Saturday Morning Cartoons! Jeremy and were discussing all of the spooky cartoons we loved watching as kids, as well as some of the amazing ones we want to get around to watching today (Castlevania, has been on our list since forever). Therefore, we are planning on doing a post to recap each series we finish. This will be quite the challenge for us, since we tend to have the most difficult time finishing anything these days. However, with social distancing, and the colder months upon us, I feel like we will have more time on our hands to get our watchlist goals accomplished. So, without further ado, here is a recap on our first watch of Over the Garden Wall by Katie Krentz, and Patrick McHale.

Two brothers; Wirt (voiced by Elijah Wood), and Greg (Collin Dean) find themselves lost in the strange woods of The Unknown, adrift in time. As they attempt to find their way home, they cross paths with a Woodsman, and a Bluebird named Beatrice. The entire series is only 10 episodes long, roughly two hours in total, but each episode treats Worrisome Wirt and the ever so Optimistic Greg to a new adventure within the Unknown. Every new creature/person the brothers stumble upon leaving the viewer question what their intentions are: fair, or foul. However, my personal favorite episode is the second one: Hard Times at the Huskin' Bee, where the boys meet the inhabitants of Pottsfield, who just happen to be...PUMPKINS. 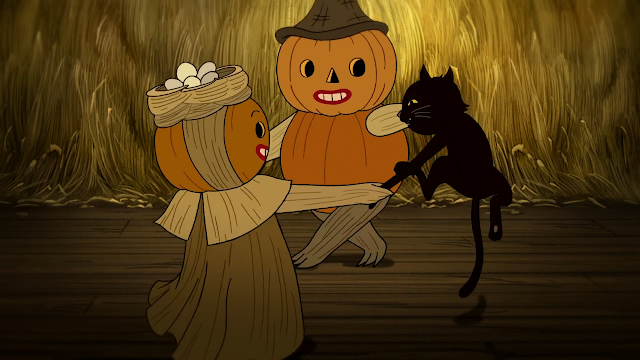 Although I am no expert on art styles, I can say that the imagery used in OTGW is at times simple, dark, and intricate. Certain episodes seemed to be inspired by different art styles-Miyazaki's Spirited Away rings a bell in certain moments of the series-however, there is something so beautifully classic about Hard Times at the Huskin' Bee. The vintage-style pumpkins set in an autumn-cottagecore haven, is a beautiful contrast to long moments of darkness in The Unknown. Not to mention, the perfect setting for Halloween. If you want something whimsical, yet mysterious and a little creepy to set your October Saturday morning mood, I absolutely recommend this series, or at the very least a revisit if you haven't watched it since its release on Cartoon Network in 2014. Then spend a rainy autumn afternoon listening to the Over the Garden Wall soundtrack by The Blasting Company for an added dash of spooky whimsy. 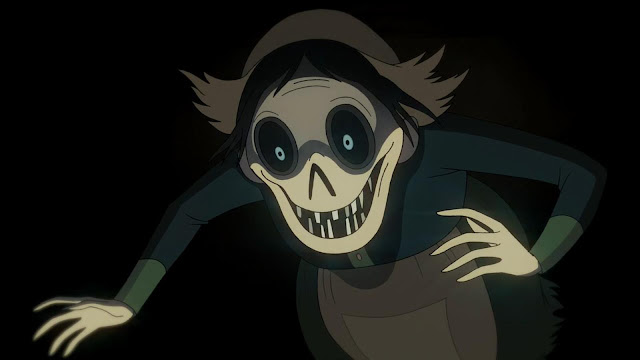 Jeremy: Over the Garden Wall was a big surprise for me. Having been someone who has steered clear of any nearly all animated family films/tv shows for over a decade now, I was taken back by just how far these things have come in terms of animation, storytelling, and the ability to grip me just as much as a live action film, or maybe I haven't been paying attention all this time? As Sara said, OTGW is yet another perfect addition to the list of media you should absolutely consume during the Halloween season. Without sounding like a broken record, my personal favorite episode is also Hard Times at the Huskin' Bee, because how could you not? A village of sentient skeletons with pumpkins for heads trying to recruit more dead people to their cause? Sign me the fuck up. An honorable mention too goes to episode seven, The Ringing of the Bell, for being perhaps the most unnerving episode of the bunch, with the wide-eyed abomination of Auntie Whispers being at the forefront of the terror. 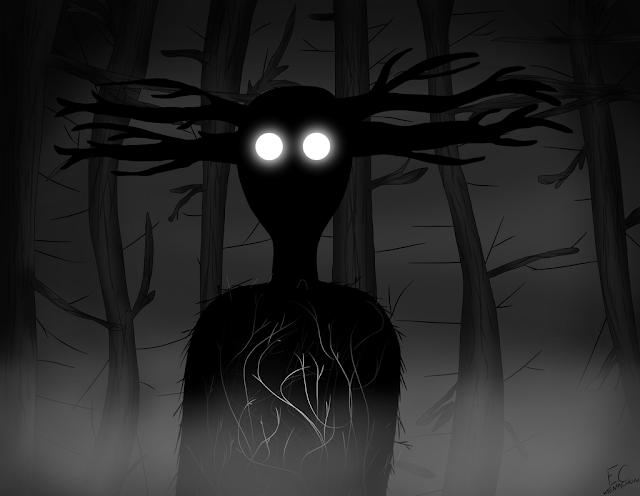 Jeremy: I also found myself excited to find that there was an over-arching villain to this show, something I didn't expect from something that seemed to begin as a series of random mis-adventures. Known simply as The Beast, this character provides the greatest foil to both Wirt and Greg, as well as his unwilling servant, The Woodsman. As pictured above, The Beast is always seen in shadows, taking the form of a wendigo. He's ominous, he's cunning, and he very nearly is successful in his plot to capture Wirt and Greg in order to insure his own survival. And he's perhaps one of my favorite animated villains of all time.
That's all for this week! We would like this to be a more recurring feature depending on when we're able to burn through some of these series over the course of a weekend. Over the Garden Wall has definitely become an instant favorite for both of us, but if there's anything similar, spooky or otherwise, that you'd like to send us over to, let us know here or on any of our social media @Foxycatcoven But until next time, keep it creepy!
Saturday Morning Cartoons