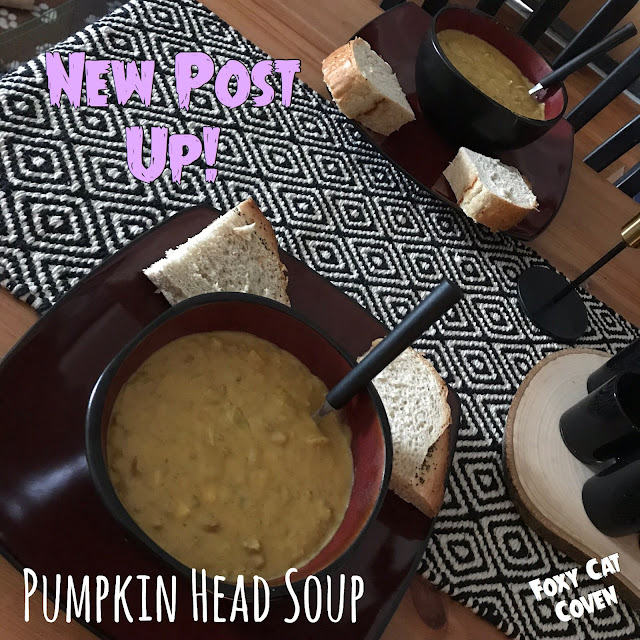 Jeremy: Hello again creeps! Well, look at us, two posts so far in one month, and for the first time in 2020, it's enough to make this ghoul weep. Add to that, this post was actually meant to be done back in May, but kept getting put off because, for whatever reason, we were not feeling compelled to give the 1988 film Pumpkinhead a shot, despite buying it on Blu-Ray specifically for this post. Our bad! Anyway, we watched it, we made some soup to go with it, and it's time we took a look at this minor horror classic. 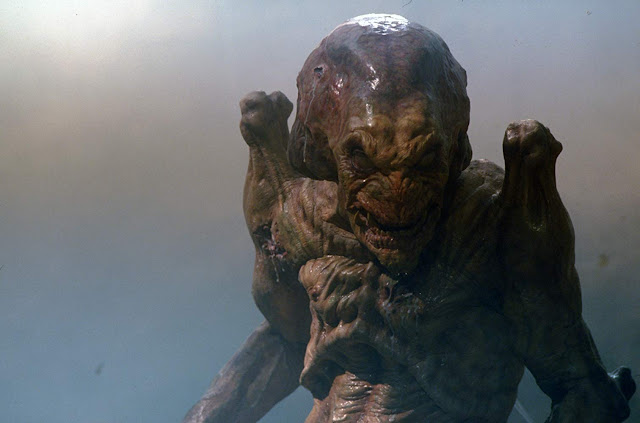 A little about the plot... Pumpkinhead is set in an undisclosed location in the countryside, and begins 30 years in the past, where a husband named Tom Harley is holed up inside his cabin home with his wife and son, while hearing the pleas of a man knocking at the door to be let in, as he is attempting to escape from some unseen creature. Tom, protecting his family, refuses him entry, leading to the mans demise by a monster that, lets be honest, looks ripped straight out of an Alien sequel. Fast forward 30 years, and we follow the son (named Ed), now grown up and with a son of his own, as he manages a small store near the highway. Moments later, a group of teens arrive looking to tear up the countryside with their dirt bikes before heading to a cabin of their own.

Without giving too much away, the creature known as Pumpkinhead is resurrected in order to take vengeance on the group of teens for a grave mistake they committed. While setting up what appears to be the standard slasher formula, I felt that this film was more in line with a supernatural revenge story (Yes, you could say the same for a lot of the big slasher series, but bear with me here). I say this because, I believe director and writer Stan Winston (Special effects extraordinaire) gives greater attention to the emotional struggle at play here. The struggle to do the right thing despite the consequences, and the high price of revenge. Consequences and a high price we get to witness play out. Narrowing it down, I think what separates this from your average slasher film is how much attention is given to our cast of heroes and antiheroes, as opposed to the killings or the villain.

I enjoyed Pumpkinhead, and while I know the kills weren't set up to be the most important pieces of the story, I still felt they were pulled off with some pretty decent gore. I chose to call this a minor classic though because I think that it does suffer from feeling like it was meant to be made for TV. Some of the effects, and certainly the look of Pumpkinhead may be pretty top notch, but this dialogue and these set pieces really reek of low budget, and not the fun kind of low budget. Give Pumpkinhead a watch, i'm not sure how they managed to get three more movies out of this concept (All direct to video, and two made for television), but the first at least stands as one that's worth just the one viewing, even if there's only one scene I remember that actually had pumpkins in it. 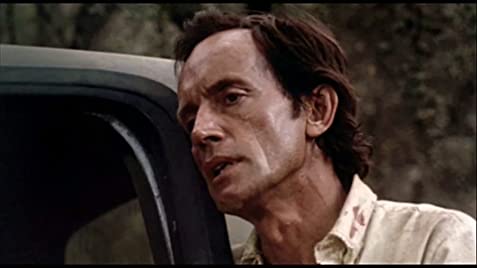 Sara: Despite the title, this flick primarily takes place in the summer. Which was a pleasant surprise for me, because I am starting to feel like we have exhausted our summer horror movies, and I am starting to get that spooky-season itch. This film is the perfect summer-fall transitional flick, and I thought the perfect pairing would be Pumpkin Sausage Soup! Okay, so it *might* currently be 87 degrees here in Detroit, however, if you want a sweet-savory dish to tide you over to the fall months, crank the AC and get cooking!

1) In a large stock pan, cook sausage, mushrooms, and onion over medium-high heat until sausage is no longer pink and vegetables are tender (8-10 minutes), breaking up sausage into crumbles. Drain, add garlic and cook another minute. Add stock, pumpkin, sugar, and seasonings. Bring to a boil, reduce heat, cover and simmer 10 minutes.

2) In a small bowl, mix cornstarch and cream until smooth. Stir into pan. Bring to a boil; cook and stir until thickened (1-2 minutes). Add cheese, and cook until melted.

This soup is filling without being too hearty, not to mention it smells AMAZING. We had ours with homemade bread a friend had gifted us, but I think any crusty bread would hit the spot.

Thoughts on Pumpkinhead? Think we are batshit crazy for eating soup in the summer? Wanna just leave us a recommendation? Drop us a line here, or email us at FoxyCatCoven@Gmail.com, or hit us up on any of our social media platforms @FoxyCatCoven. We also have a Facebook group: Coven Creeps, located right on our Facebook page. Send us a request to join, and we will add you! It's a great place to drop all of your spooky memes that the rest of your feed might not appreciate, or you can post links to cool horror news, a creepy shop, or really anything your spooky little heart desires. Until next time, keep it creepy, kids!