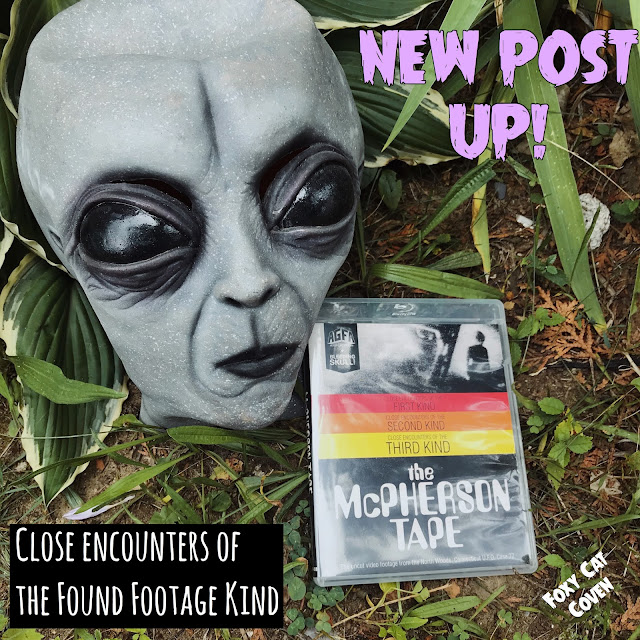 Jeremy: Last year I came across an article posted by one of our favorite horror sites, Bloody Disgusting (found here), that gave us a list of ten horror movies that still exist on VHS but had never (at the time) made their way to DVD or Blu-Ray. One such film that caught my eye was Alien Abduction: Incident at Lake County. Preceding The Blair Witch Project, this 1998 made for TV special purported to be genuine footage of an alien abduction. We've heard this all before, right? Well, not according to the TV viewing public at the time, even going so far as having believers to this day. Something I didn't know, however, was that this film, one which I admittedly tried for weeks to obtain a VHS copy of after viewing, is actually a remake of a film released nearly ten years prior. That film was known as.... The Mcpherson Tape. 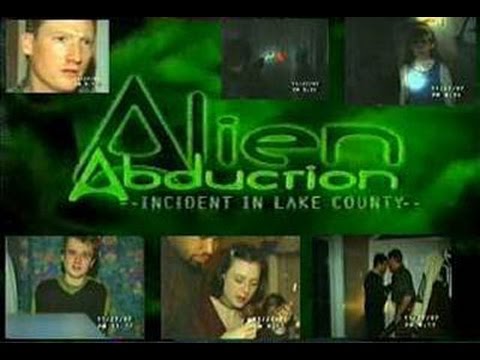 To clear up some confusion between Alien Abduction and The Mcpherson Tape: While these films both share the same outline of "Family meets for daughter birthday, aliens attack", what sets them apart is production value, and how the found footage is handled. The Mcpherson Tape is a straight found footage film. You're given a little text intro telling you the film is legitimate, and then things get started with some truly lo-fi footage for the remainder of the film. On the other hand, Alien Abduction is set up like a documentary, featuring interviews from "experts" in the field of ufology to people who have claimed to have been abducted by aliens, with the found footage spliced in at various intervals. Between the two, Alien Abduction clearly has a much bigger budget, along with better effects and better acting, and I think this is what ruins the thing for me. 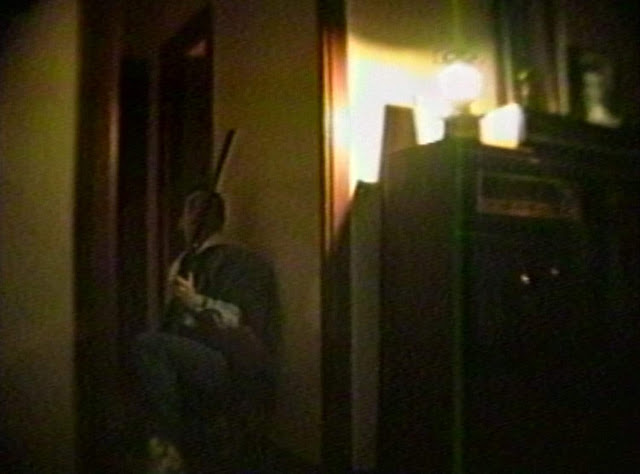 When I read about Alien Abduction, I was in search of something that felt as legitimate as possible. Something you could show off at a party and get people wondering if they really witnessed an Alien Abduction caught on camera. It's for this reason that I want to focus on The Mcpherson Tape today.

Released in 1989, and at a runtime that barely qualifies for a feature length production, The Mcpherson Tape was in and out of theaters faster than you could tease your hair into a mess and say "Aliens". To add insult to injury, the original prints of the film were reportedly lost to a warehouse fire at the distribution company, before it could be released on VHS. But, as luck would have it, it wouldn't be until 2018 that it was discovered that director Dean Alioto still possessed some of the original tapes, thus leading to the Vinegar Syndrome remastered Blu-Ray released early this year. I still gotta say, while i'm extremely grateful we have this excellent edition of the film, i'm still holding out hope that one day we can get that shitty, grainy VHS copy that likely would've come out in the early 90's. 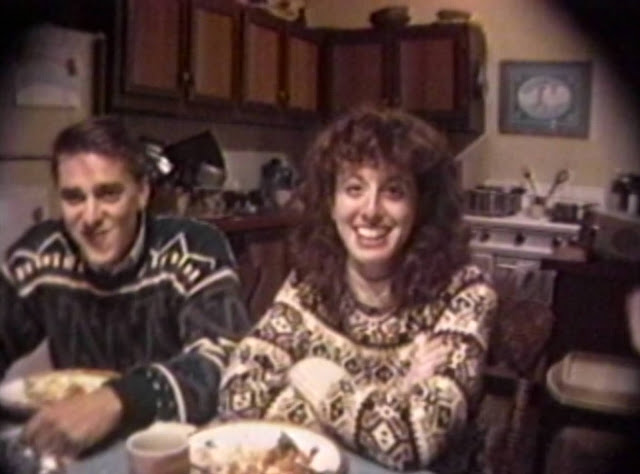 So, a little about the plot... The McPherson Tape is set in 1983 and beings at a families dinner table, where they are celebrating the birthday of the 5 year old Michelle. The footage is shot on a hand-held camcorder and often looks at various inconsequential things (such as dinner plates and the floor) during conversations, adding to the feeling of this being an actual home movie. After some time passes, the family discovers that the lights have gone out, prompting the three men Eric, Jason, and Michael to check on the breaker. The film doesn't take long to get to the action as they quickly discover a crashed UFO, with three aliens emerging from it. Hijinks ensure from here as they rush back home and attempt to defend the family, at one point seemingly killing one of the Aliens. Camera glitches, hallucinations, mind control, and the disappearance of half the family before the rest follow leads to a subdued conclusion that leaves the viewer with more question than answers. 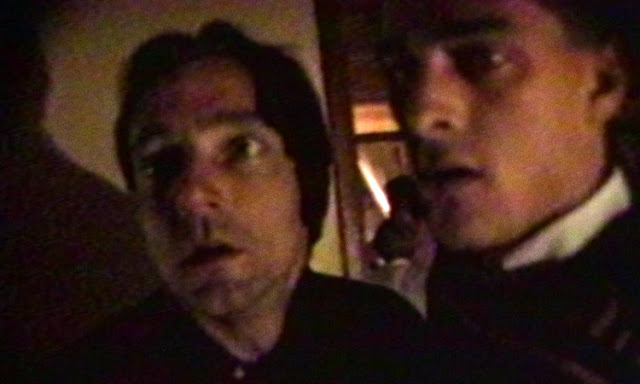 Does The McPherson Tape excel as an effective found footage film? I'd say that primarily depends on the context you're given. If I handed you a blank tape containing this film, with you having no prior knowledge of it, i'm confident that by the end of it you'd question what you were seeing. But as more information comes out about it, the more the mystique of The Mcpherson Tape seems to die down. As a film it has a few flaws, the aforementioned acting, the look of the aliens, the periods of time where nothing seems to happen, so it's certainly not on any top ten lists of greatest found footage films. But as its presented, and taking into account this is very early found footage, I think it exceeds in its ultimate goal: Presenting something that seems as real as possible, with little resources, but just enough burst of creativity to make it meaningful and worth your time.

That's all for this month! We will be back at you guys next week to kick off a full month of content in August. Until then, keep it creepy, and watch out for that alien reading this over your shoulder.
Media Massacres