Up And Coven Happenings: March 2020 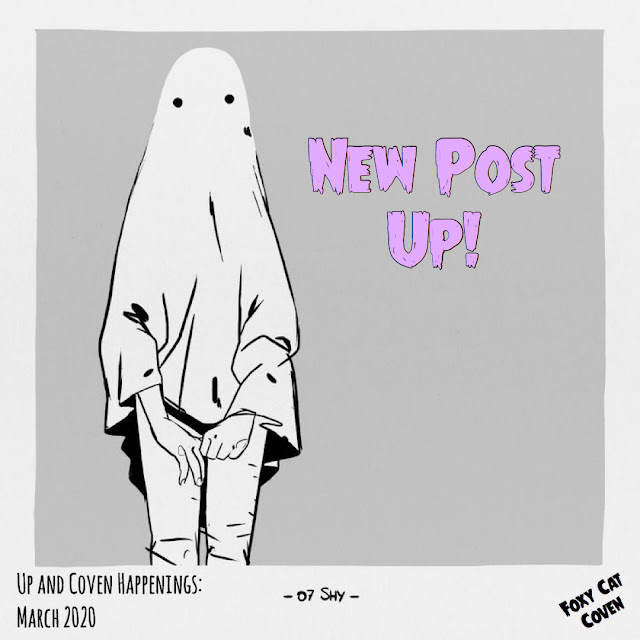 Jeremy: Hello again, creeps! First up, while I wanted to apologize for the lack of content on the actual blog during February (with more of our focus being on daily posts on our socials), I wanted to take the time to say that while we love coming up with new ideas to write about, and give you readers something spooky to get you through the night, this blog has always been a "for fun" endeavor between Sara and myself. While the prospect of writing for a living seems enticing, at least for my part, there sometimes simply isn't enough creative juices flowing to consistently keep this train to hell chugging along. That's not to say we plan on retiring this format anytime soon, just that there are times when you might be getting a post or two for weeks on end, and others where it's been a hot second. That being said, we are always dedicated to updating our social media, and are sure to always be there to interact with you guys. That's not changing. But enough about all that, let's get to what you came here for: What we've been up to as of late. 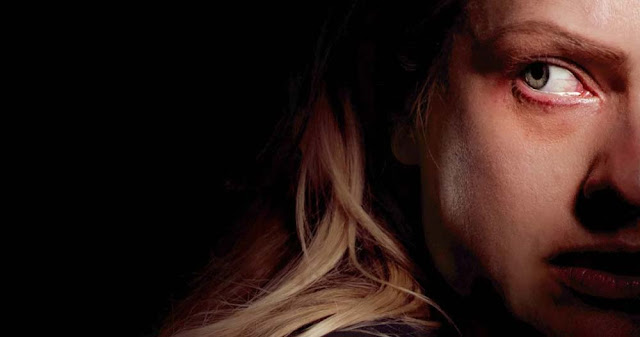 First up, lets talk movies. Last week we had the chance to check out the remake of The Invisible Man, and I can already say we've got a top twenty contender for the year (maybe top ten even?) along with the excellent Color Out Of Space. 2020 has been a little rocky when it comes to theatrical releases (see: Gretal and Hansel, The Turning) thus far, but with some pretty stellar stuff coming out this year, I can see things turning for the better soon enough. At the very least, check out The Invisible Man in theaters, Color Out of Space on Blu-Ray, and i'm going to go ahead and throw in VFW (available on Amazon Prime), which is one i'm pretty stoked to check out.

February was an absolute stand still for book reading so i'm still about halfway through Salem's Lot, however! I was able to pick up some new Stephen King novels last month, along with a copy of American Psycho, a novel i've been itching to dive into since I first saw the film adaption many years ago. Having also checked out the film adaption of Doctor Sleep last month, I think i'll continue on my plan to move on from Salem's Lot, to that novel, and then take a break from King with American Psycho. My goal when we reconvene for an up and coven in April is that I can at least tell you i've made it to Doctor Sleep. Skeleton fingers crossed.

April is going to be a big month for console gaming (Resident Evil 3 being the big horror release of the year) so, I know I promised you guys a post on the Blair Witch computer games, so look out for that before the end of the month as I push myself what will hopefully not be a slog. As you all should know by now, i'm always down to talk anything Blair Witch, so if there's anything else you'd be interested in reading about, I can't type any faster to bring that shit to you. 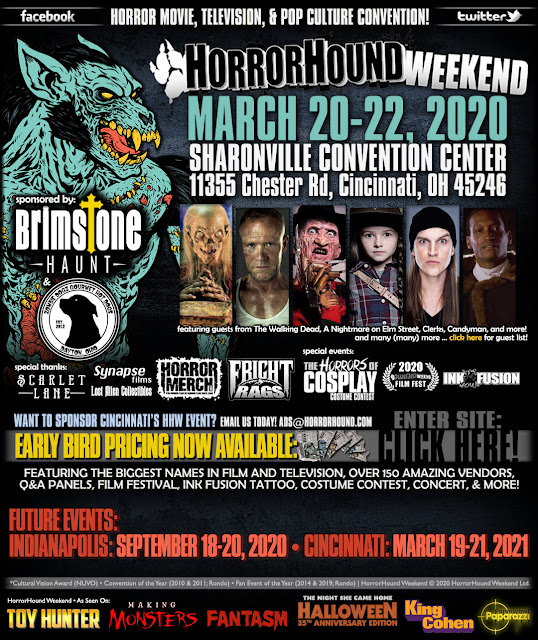 Sara: You might be wondering how far I have gotten with You, and... I am still in the first season. Don't get me wrong, the show has some great aspects to it, but it's also so very suspenseful and I have had to pace myself a bit. I have been slowly making my way though as many My Favorite Murder episodes, as I am still loving the shit out of that podcast. I have also started reading The Vampire Armand, by Anne Rice, which is exiting because I once again don't remember anything about the book. It's been nice re-reading her work though, as I have always loved her writing (my shitty memory aside).

This month is a busy month for us as we are gearing up for Horror Hound weekend, March 20th-22. We had an absolute blast last year, and we only attended the festival for one day. This year we snagged passes for the entire weekend, and we are beyond stoked! So many awesome vendors, an incredible lineup of guests, and all of the fellow horror creeps you could ask for. I am really excited to meet Tony Todd, it's my entire goal of the weekend. if any of you creeps plan on attending, hit us up on Twitter, Instagram, etc we would love to say hi to you! We might even make it to the after party this year, as Mac Sabbath will be playing it! Mac Sabbath is a Black Sabbath parody band, with a Mc Donald's twist! They are stupid fun, and if you ever get a chance to check them out, you absolutely should!

Attending Horror Hound? Have a horror rec, favorite website, or just wanna say hi? Email us at FoxyCatCoven@Gmail.com, or hit us up on all of our social media @FoxyCatCoven. We also have a spooky group you can join: Coven Creeps, located right on our Facebook page. Until next time, keep it creepy, kids!