Up And Coven Happenings: February 2020 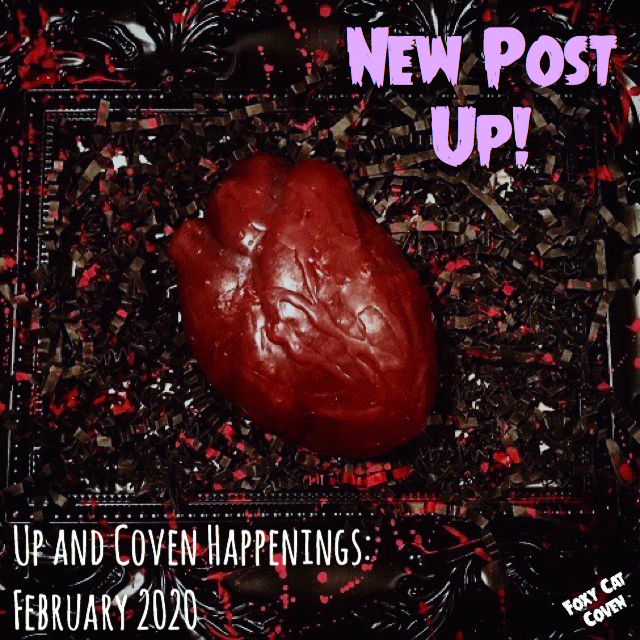 Sara: Hey Creeps! 2020 has gone off to a pretty crazy start for us spooky nerds, and we are having the wildest time trying to keep up! So, this month, we are just going to get right into it.
We are still hoping to catch The Turning in theaters, despite those mixed reviews. We just are on a mission to see as many horror movies in theaters as we can this year, not to mention the fact that both Jeremy and I share a habit of liking shitty movies (Blair Witch 2, I Know Who Killed Me). We managed to catch Gretel and Hansel this weekend, so we are absolutely up for chatting about both of those films soon. As for what’s coming to theaters later this month, we have: The Lodge (which looks dope AF), Fantasy Island, Invisible Man, and The Boy 2. I am not going to lie, I have not made it through The Boy, I fall asleep each time. Maybe I can make that a 2020 goal, stop falling asleep to horror movies. Even though Fantasy Island looks cheesy AF, Blumhouse does well with feeding me those 90s horror-flick feels, a la Truth or Dare, so I am looking forward to that one. How we are going to fit all these movies in with our crazy schedules is beyond me, but I am here for it!
While we are talking entertainment, I want to say that I have finally finished all the AHS season that are available on Netflix! As soon as we watch ’84, I will have a ranking up for you creeps! I am kinda stoked to know that they are still shooting for more seasons, even if this show is garbage-horror, I am all about it. In the meantime, I have watched Serial Killer with Piers Morgan (only 3 episodes, but he interviews three different serial killers currently serving for their crimes), Killer Inside: Inside the mind of Aaron Hernandez (slow, but interesting), and I just started season one of You. 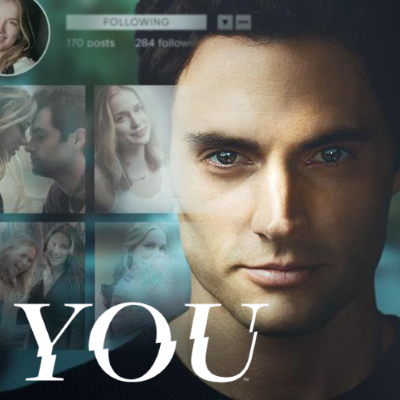 You pairs thrilling drama with trashy fun to create an addictive social media horror story that works its way under the skin -- and stays there (Rotten Tomatoes). It’s pretty god damn addicting, and I am only three episodes in. It has suspenseful moments that push my anxiety through the roof, I am seriously burning calories watching this show. It is SO GOOD. I also just learned that there are books, so I guess I know what I am adding to my Amazon Wishlist.

Jeremy: Happy February, creeps. To start things off, I haven't given an update yet in 2020 about my mission (one that'll probably take the rest of my life, to be honest) of reading through Stephen King's novels for a huge ranking post from the best to the worst. Anyway, i'm about halfway through Salem's Lot after taking a break with the Night Shift short story collection. This was the first Stephen King book I ever read many moons ago, and my admiration for it hasn't subsided after so many years. While i'll likely take another break after getting through it, I think the next i'll tackle is Doctor Sleep, one whose film adaption from last year has been getting a lot of praise and has gotten my massively curious.

With so many horror television to catch up, another never ending cycle, i've elected to fill my mornings with the original Twilight Zone, having finished Twin Peaks over the last week. What may come as a surprise is that i've never actually seen any of the Twilight Zone, save for some select scenes though other mediums. Of particular note, i'm very interested in finally seeing that one episode that takes place on a place with that weird lip monster guy. That's about all I got to explain it, but it seems to be the most popular episode of the show. Last years Twilight Zone reboot has also got me interested so I may move onto that as well in due time. 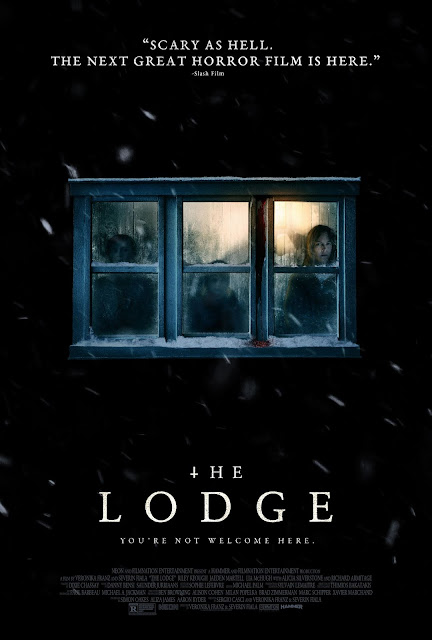 As for whats in theaters this month, my two biggest anticipations are the Elijah Wood-starring Come to Daddy, just hit Amazon Prime this weekend, and hopefully to theaters soon, as well as The Lodge. Both films have been surrounded in a lot of mystery, as to what horrors we're really dealing with here, and i'm really trying to keep it that way until I have the chance to check them out. Last up, after speaking to a few of you, i've found there's been enough interest to warrant me doing a review of the Blair Witch computer games this month! That's three whole computer games i'm going to burn though over a couple weeks so wish we luck.

But that's all for now. We're bringing this Up and Coven to you a little later in the month but we've still got the usual amount of posts planned for the rest of it! Got any topics, movies, games, stories, etc. you'd like us to cover? Our inboxes are always open to suggestions! Until next time, keep it creepy.
Coven Happenings