Up and Coven Happenings: January 2020 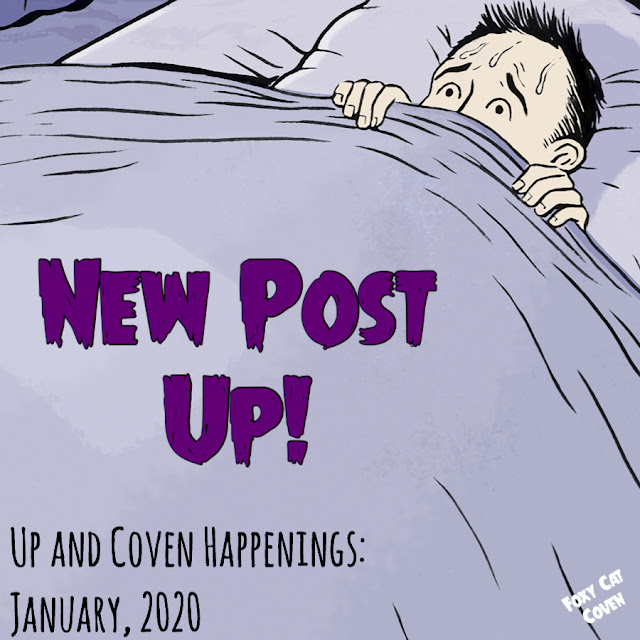 Sara: Heya Ghouls, happy January! First off, we here at The Coven would like to wish you all a happy new year! It's the twenties all over again, and that's just the cat's pajamas. I am going to be writing this month's Up and Coven post solo, as Jeremy has been helping me out ever since my minor surgery, and had to do the bulk of the lifting/heavy cleaning this weekend during our giant purge. I figured this was the least that I could do, because after binging Netflix for days, I need to do something constructive, lol. So, without further ado, here are our plans for the month, and what we are currently into! 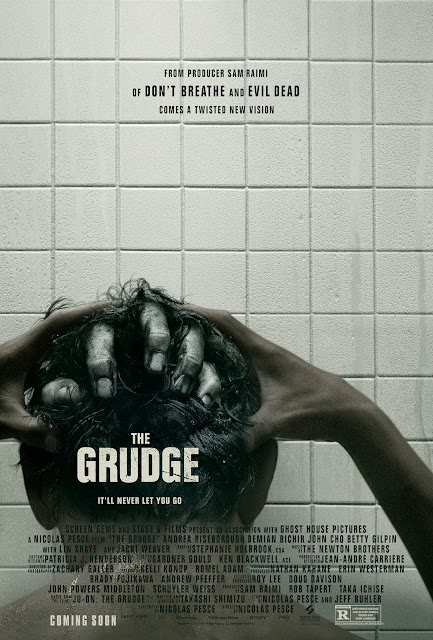 It's the first weekend of the year and The Grudge is in theaters, kicking off some horror early for once! Due to the mentioned massive apartment cleanse/purge, we haven't had the chance to see it yet, however, we fully plan on it next Friday. I have been seeing some mixed reviews, but it's hard to pass up Japanese horror, as Jeremy is a huge fan. He actually wrote out a Ju-on film series timeline, as well as a Ju-on/The Grudge series Retrospective back in 2018 if you creeps wanna look back at our archives.  I do hope that the film gives us some new scares, as both the Japanese and American versions scared the living shit out of me. Later this month we have Underwater coming January 10th,  The Turning hitting theaters January 24th, as well as Gretel and Hansel at the end of the month on the 31st! I think I literally decided just now that we are going to double feature The Grudge and Underwater this Friday, as Underwater looks AWESOME. It has some serious Alien vibes, only you know, not in space but UNDERWATER. The Turning is a must as I am a huge Stranger Things nerd, and must see anything with those kids in it. Finn Wolfhard looks creepy af, and the trailer is making me want to read the novella The Turning of The Screw by Henry James, because I only learned about it just now. Hi. Gretel and Hansel is a must-see, because I lay claim as the dark-fantasy nerd of this coven. Seriously though, FOUR HORROR FILMS, at the start of the year! YEET. 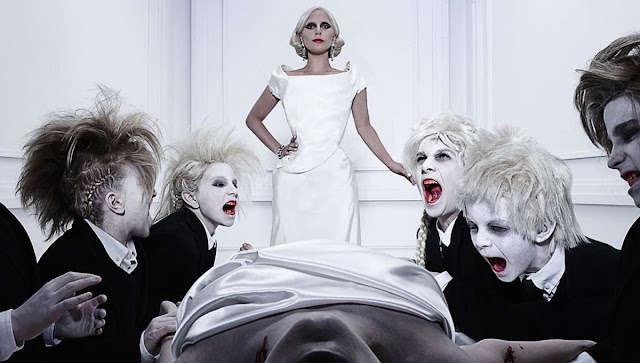 In other news: Since I couldn't really do shit for a couple days there, I managed to get through two and a half seasons of American Horror Story: Hotel, Roanoke, and I am working my way through Cult. Hotel was kind of all over the place, but ultimately I liked it. Roanoke had that found-footage take that I really loved, however, I felt like they could have cut out an entire episode, or two. It just..didn't want to end. Cult has not been my favorite. mostly because *Spoilers* a guinea pig dies (okay, I knew, but I had forgot, then I just had anxiety the entire episode). That and almost everyone is completely unlikable. However, it is cool to see some fresh faces, so there is that. Who knows, I still have six episodes left so, I might be surprised. Jeremy really wants watch '84, so I am hoping by the time I am done with Apocalypse it will be on Netflix, if not, I think I might switch over to American Crime Story. I know, I have a problem.

I also had a chance to check out some true crime while chilling at The Lair, and I watched Don't Fuck With Cats, as well as Abducted in Plain Sight. I think Don't Fuck With Cats was interesting because these internet sleuths were seriously kicking ass trying to find this guy who had done some pretty horrific things to some cats in a video he posted on the internet. Just an FYI if you are on the fence about watching it, they only show clips of the videos he posted but it was still pretty hard to watch, considering you know what is going to happen. Abducted in Plain Sight had been on my radar for a couple years-I think its been a couple years now-and I was completely disgusted with most of it. I can't really get into it without spoiling anything, but both of these docs are on Netflix if you want to check them out. 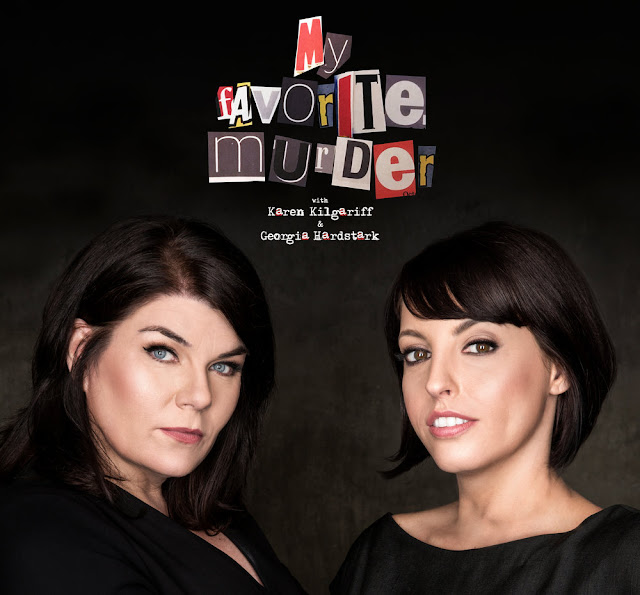 Speaking of true crime, I listened to my very first true crime podcast: The Thing About Pam, last month and really enjoyed it. Then, my lovely friend suggested that I check out My Favorite Murder, and I am now currently on the 17th or 18th episode! I really like MFM because its super casual/conversational (they admit to being pretty bad at getting all of their info %100 correct), but I really like it because they somehow manage to make a horrifying subject to talk about enjoyable because the women who host it are hilarious. It's a nice break between the two horror podcasts I listen to, as well as my bi-monthly Lore binges. Variety, yo.

This month we are hitting up two events, hooray for leaving the house! First up is Emo Night Brooklyn: Detroit for our friend's birthday next Saturday, followed by The Mega 80's in Ferndale the Friday after. Although these are not necessarily spooky events, we are looking forward to seeing our friends and dressing up. I am still debating between Chucky and Blondie for the 80's gig, but the best part about that is that we are going to hit up another 80's event later this spring! So. Much. 80s. Anywho, if any of you creeps will be in attendance, we will happily say hi to you, we love running into fellow ghouls out in the world.

That about wraps up our January, and with that being said, what are you creeps looking forward to this month? Drop us a line here, or in our Facebook group: Coven Creeps, located right on our Facebook page, or on any of our social media platforms @FoxyCatCoven. Until next time, keep it creepy, kids!
Coven Happenings