A Conflicting Return To The Woods: Blair Witch (2019) Game Review 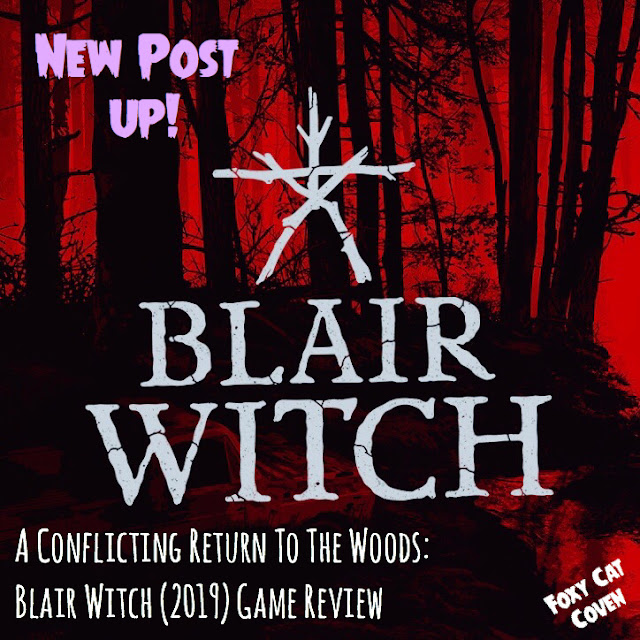 Jeremy: Hello again, creeps! What's that? I'm talking about yet ANOTHER Blair Witch related thing? You bet your ass I am, but this one's at least a little more timely. I'm talking today about the Blair Witch video game, released late last year for the Xbox One and PC, and about a month ago for the PS4 (the system I had a chance to give it a look on). Now looking at the history of the Blair Witch franchise you'll find there isn't a whole lot to choose from when looking for interactive media. During the BW heydey of 1999-2000 there was a trilogy of PC games, all released within months of each other and then... nineteen years of silence before we were given the opportunity to return to the Black Hills Forest with this release. I hyped up this game a couple times during 2019, being generally impressed by what visuals I had seen, some of the mechanics i'll get into later, and the idea that i'd finally be able to play some new form of media from one of my favorite franchises of all time. 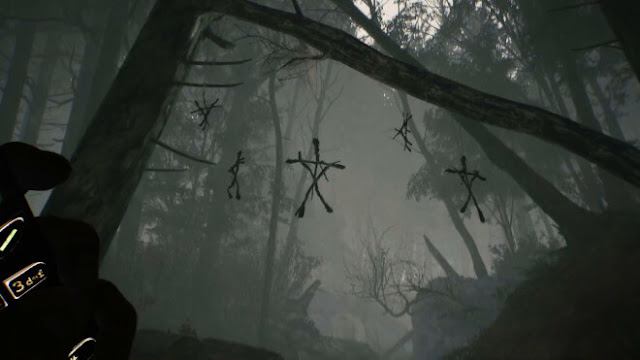 Blair Witch 2019 was developed by Bloober Team, a Polish video game developer behind a couple other horror releases like the two Layers of Fear games and Observer. I had a chance last year to play a good deal of the first Layers of Fear, and after experiencing what fresh, first person terror that game had to offer, I was pretty confidant they could do Blair Witch justice. But before I get into whether I think this game is worth your time and money, or best left as forgotten as the undisputed classic that is Blair Witch 2: Book of Shadows, let me fill you in on what you do and how you do it in this game.

Set during 1996, two years after the events depicted in The Blair Witch Project, you take control of ex-police officer Ellis, a man you'll soon find has quite the troubled past, on the search for a missing boy in the Black Hills Forest. Joined by his dog, Bullet, you're equipped with nothing but a flashlight, camcorder, 90's cell phone, and a walkie-talkie that's all but useless for much of the game. Along the way you'll face such challenges as: Getting lost, shining your flashlight to make the bad guys go boom, more flashbacks than you can imagine, STICK MEN, and all the downer material you can expect from a Blair Witch property. 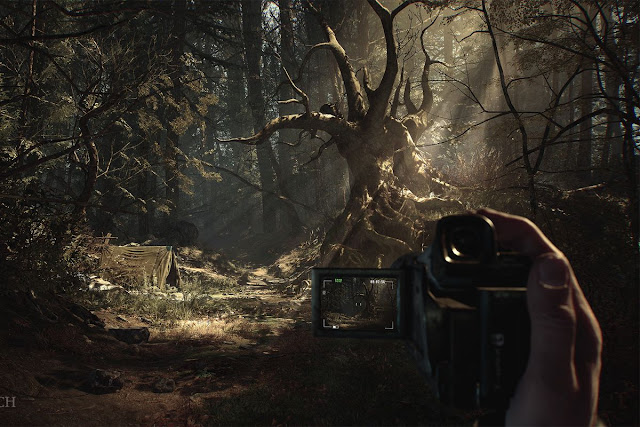 While there are a couple references to the lore of the franchise, the first film, and even a small reference to the 2016 sequel, this game is a mostly self-contained story that doesn't focus on answering any questions you may have had about the mythology of the series. I wasn't too bummed about this, especially considering this felt like it was trying to also cater to non-fans of the series, with those references in there to please only the fans. The whole affair is relatively short (About 4-5 hours if you don't get too lost), and I was able to get through two playthroughs over the course of a couple days playing on and off. With two different endings, a secret ending, different fates for several characters depending on your actions, and a good deal of collectibles, I found the game to be well worth the $30 price tag based on content. But in speaking of those endings and fates, this game is often watching the choices you make, and ultimately tricks you into making bad ones if you're not careful. But think about "What would the witch want me to do?", "Am I petting Bullet enough or keeping him close enough?", and other such do-gooder things and you'll be well on your way to that sweet, sweet "good" ending.

All that said, I had some problems with this game that don't stop me from recommending it to horror fans, but could prevent me from leading others into these woods. To sums things up, the frame rate suffers in some places pretty badly (these images i've included don't look nearly as good in motion), there are several bugs in the game where you can permanently get yourself stuck on something and have to reload the last save, Bullet can at times be an uphill battle to try and get him to be responsive to your commands, and lastly, while the idea of getting lost pretty easily is canon to the films, it becomes more of a chore after awhile when you just want to explore new areas. But I must say, the good ultimately outweighs the bad, and while it's often not as scary an experience as it should be, the last fifteen to twenty minutes of the game goes full insanity to the point that it just might be some of the scariest sequences i've ever played in a video game. 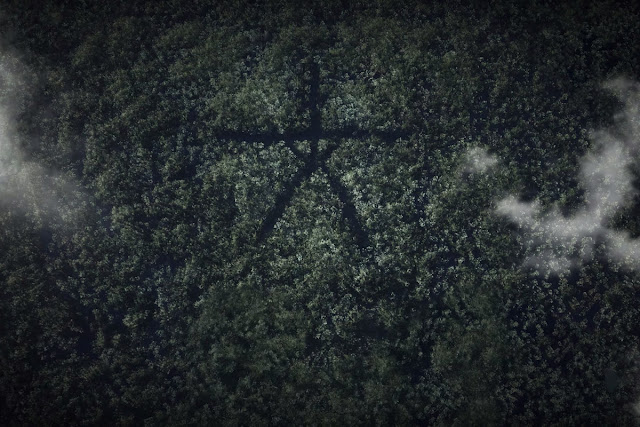 Horror fans, and especially Blair Witch fans, are likely to get a kick out of this game, so I have no problem in recommending it to them. There's plenty of action set pieces, as well as a pretty good character study, that may or may not appeal to the casual video game fan. But with this being the only bit of video game material we have in the franchise, I think this was a good first attempt, one that I hope isn't our only one, but one that could've gone far worse. Give it a download on Xbox One, PC, or PS4 (the latter giving you some extra content in the form of more customizing options for your dog) and stay for the final moments for a real exercise in survival horror.

But now I have a question for you guys! I actually own the trilogy of Blair Witch computer games from the year 2000 and would like to see if you'd like me to do a review of those too next month! I'll ask this question on our socials as well but let me know, as i'm more than willing to dish out even more Blair Witch content when prompted. But until next time, keep it creepy!
Ghoulish Game Reviews