Up And Coven Happenings: December 2019 Jeremy: If you're able to read this post then congratulations, you weren't taken last night by Krampus for being insufferable! This time of year, despite Halloween being my number one boo, is a favorite of mine, despite the holiday season seeming to have a bad rap with some of the horror community. In fact, some of my favorite horror films are set during this time of year from Black Christmas and its 2006 remake (more on this years remake in a bit) to Krampus to Silent Night Deadly Night. And so here at this little Coven of ours, we hope to bring you plenty of carnage and cheer before the end of the decade. 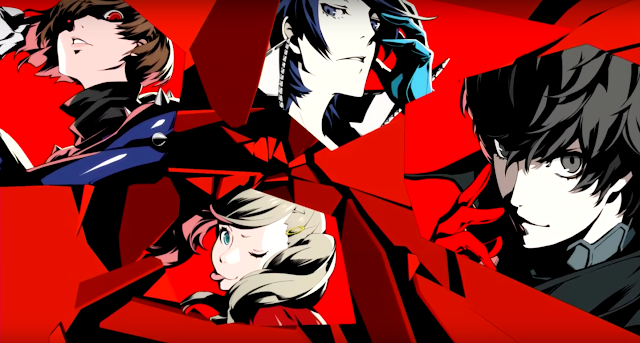 But as per usual, some updates with what i'm currently doing! While i've been given the news form several sources that Blair Witch has finally made it to the PS4, i've yet to give it a look at as i've found my time in the gaming world mostly occupied between Persona 5 (people tear masks of their face and their eyes bleed, therefore, horror game) and Luigi's Mansion 3 (a little more on the nose, if not quite as eerie as the original). Anyway, Persona games typically take over 100 hours to even finish the main bit of it, and since i've elected to not start anything new until I finish what I have, I may be here awhile.

With my Stephen King run-through of books, i've actually decided to take a little detour after finishing up the mammoth novel that was IT, and read his first short story collection: Night Shift. I never finished this one back when I first looked into over a decade ago, and it being a lighter read has been more manageable for me during the holiday season. With some of his most popular tales like Children of the Corn, The Lawnmower Man, and Graveyard Shift included here, i've got plenty of both familiar and unfamiliar tales to keep me chilled to the core all night long. And finally, I wanted to touch on my feeling with the new Black Christmas coming out next weekend. First of all, gotta say excellent timing releasing this on Friday the 13th this month, but that's about all the good I can say thus far. I've seen a couple of the trailers, and while I do think the cast (from who I know) is pretty solid, the film just doesn't seem to have any of the scare factor of the original, or the batshit insanity of the remake. It seems to exist in a comfortable middle ground, ala other Blumhouse films like Truth or Dare and Happy Death Day, where it can appeal to younger audiences primarily. Nothing particularly wrong with that, just probably shouldn't be going for the remake of a remake angle and done its own thing.

Sara: This month I wrapped up AHS: Coven and started Freakshow! I really loved Coven, I already gushed about it a lot in last month’s Up & Coven post, but now that I have finished it, I did have a bit of an issue with ALL of the Stevie Knicks. Don’t get me wrong, I love me some Stevie, but there was just a little too much singing for me. It’s just a personal preference on my end, I am completely fine with musical episodes of shows a la: Once More With Feeling, BTVS, however, the random bursts of song in episodes feels a bit like filler for me *cough* The Chilling Adventures of Sabrina *cough* Although this trend continues in Freaks, I am okay with it as it the entire season is based around performers. Word on the street is that Freakshow is not one of the better seasons, but I am excited to get through it, especially since Angela Basset and Kathy Bates made a return to this season. I think what I love most about this series is the fact that so many of the same actors are re-casted and able to pull off so many different roles, cheesy as they might be at times, fantastic in my book.

Speaking of shows, we started two shows around the end of September, Castle Rock, and Haunted. Haunted is available on Netflix, and it’s a cool little show about first-person encounters with supernatural events.  As some of you know, I am a big fan of Lore, and Haunted comes from the same producers. The first-person narrative is a nice break from all of the fiction we watch, however, we most likely won’t get to finish either series until after the holidays, as we are binge watching ALL of the holiday slashers, as well as a couple non-horror favorites this month.

As most of you know, we are die-hard Halloween fanatics, but we do like other holidays. For Christmas, we wanted to put our own twist on the holiday decor, so we went with a Twin Peaks theme! Not too hard as we already have a bunch of Twin Peaks memorabilia peppered throughout the apartment, but we will definitely add to it each year as I doubt we will ever get tired of this theme. We will absolutely do a post featuring all of our damn fine goods, once the last Etsy ornament arrives. I AM SO EXCITED TO SHOW YOU GUYS! 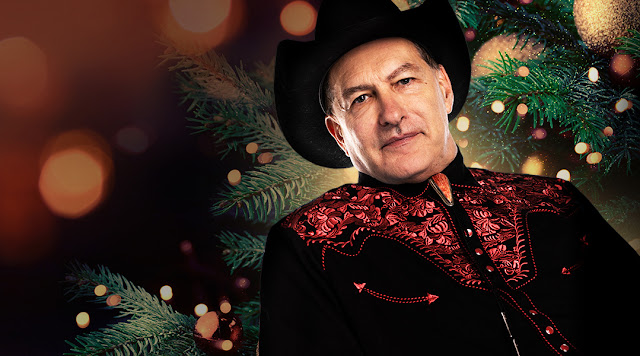 Lastly, if you find yourself free this Friday the 13th and your butt isn't parked in a theater watching Black Christmas, you can catch The Last Drive-in Joe Bob's Red Christmas on Shudder! We will be tweeting along over at @FoxyCatCoven, so give us a follow if you're watching! I love all things Darcy and Joe Bob Bae, so this will be horror highlight of the season for me.

Thoughts on Black Christmas? AHS? Have some spooky topics you want to discuss? Hit us up on all of our social media @FoxyCatCoven, you can also reach us by email: FoxyCatCoven@Gmail.com, and you can always find us in our Facebook group: Coven Creeps, located right on our Facebook page. Until next time, keep it creepy, kids!