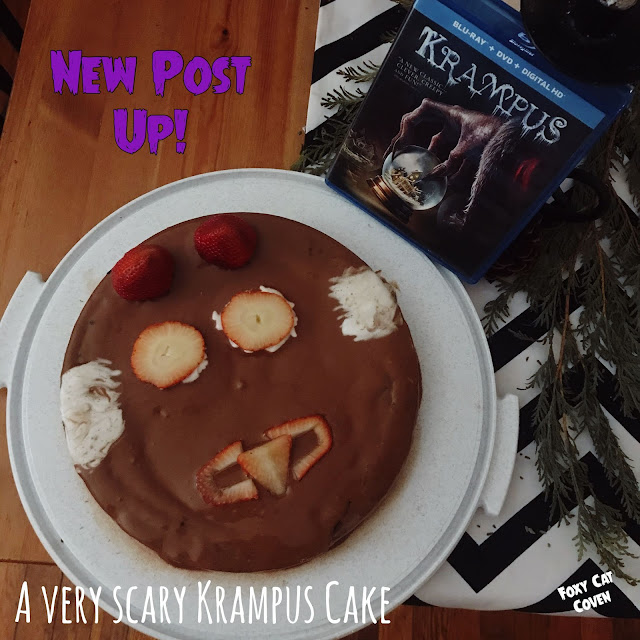 Sara: Gather 'round, Creeps! Tonight I have a special tale for you. Most food bloggers love to give a giant, detailed post about their favorite memory when posting about their applesauce or soup or whatever it is that floats their boat, and readers (like me) have to scroll through three paragraphs talking about their trip to the cider mill, and their favorite beer, etc before they finally get to the recipe. Here at Foxy Cat Coven, we like to pair a recipe with a movie that we love and ramble on and on about how amazing it is. Tonight, kids, you get a treat with your cake! That's right, you get to hear the horror story of what the hell happened to this poor Krampus cake.

At the beginning of the month, Jeremy and I plan out all of our posts. I try to pair whatever food we plan on making with an event involving friends because 9/10, I end up making something that is just too much for us. Since its the holidays, and we are festive little fuckers, I found a really cool Krampus cake on Pintrest that I wanted to try. Unfortunately, it was all in German (go figure), but from what I could gather, this wasn't really a cake, it was a torte. Which is basically a cake, but no flour. Cool. I originally planned to take this cake to our monthly weekend D&D group on Saturday, but it had been rescheduled late in the week. I had already bought all of the ingredients to make a vegan cake, and looked up a recipe for vegan frosting, because one of our D&D hosts is vegan. Cool story. I instead decided to make this cake yesterday morning and bring it to a holiday gathering we would be attending later in the evening. Because I already had the vegan ingredients, and I would rather spend 45 minutes playing Lego Batman 2 instead of dragging my ass to the grocery store, I decided to try sticking with the vegan recipe for frosting.

For the torte, I followed this recipe from Dinner, then Dessert. I was originally planning on using flax seed instead of eggs, because that's my go-to for making vegan baked goods but since I had the eggs, I just used those. The torte came out looking a bit like a turd, but it tasted AMAZING. 10/10, will make again. The frosting however, I used Nora Cook's vegan whipped cream, and it was the absolute worst. Don't get me wrong, the taste was fantastic, however, I needed a fluffy frosting so that I could create a Krampus face that looked like it had fuzz, and this frosting was just pure liquid. I think if I had had the time to freeze it, it might have worked for what I intended, but this was a hot mess. I then made Jeremy and our friend Aaron run to the store to get me whipped cream in an attempt to thicken it up. It did nothing. Aaron suggested adding flour, which made it taste like flour, so then I added a shitload of confectioners sugar. With the cocoa I added for flavor, this cake was going to rot everyone's teeth out. It also, still wasn't fluffy. Whomp whomp. At this point we were late as balls to this party, so I just frosted the cake the best I could, then added his sad little strawberry horns and eyes and mouth, which immediately slid off, and popped him into the travel container. I was legit so ashamed of this sad cake, that I never even opened the container at the party. We got home, and in our drunken, munchie-craving stupor, we decided to try the damn cake.

Jeremy ended up eating another piece of it for breakfast, and then I decided to pass it off on my younger brother because he still has a metabolism. I am sorry, ugly Krampus cake, you were better than I thought.

Why did I choose to do a Krampus cake in the first place? Out of all of the holiday horror films, Krampus (2015), is my favorite. Don't get me wrong, I think the original Black Christmas is top-notch, however, this one gets me in the Christmas spirit, while still being spooky. Its also a great film to show anyone, even your friends who dislike horror films, because it has so many silly moments, that the comic relief makes this almost a horror-comedy. We also watch it like, 2-3 times every December, because it is just so fun.

That being said, in true Krampus spirit, I will not give up. I fully intend to revisit the Krampus cake, and have it be the delicious-creepy treat it is meant to be, not the sad-boi creation that I ended up with. 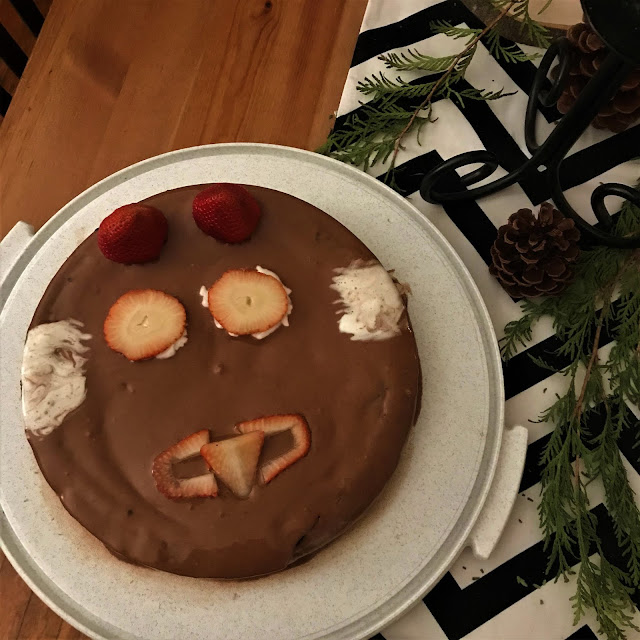 Jeremy: As Sara said, despite some trial and error, the finished product may not have been what we were going for, but still fucking rocked in the taste department. Krampus is a holiday classic as far as i'm concerned, perhaps even more so than some of the other big names in Christmas horror like Black Christmas. As with Trick R Treat, Krampus perfectly captures the spirit of the darker side of Christmas in every one of its frames. While many Christmas horror films will only vaguely tout their connection to the season, it seems as though every corner of every set in Krampus was looked at with the intention of, "How can we make this as festive as humanly possible?"

PG13 horror has gotten a bad rap for awhile now, but Krampus is an often agreed upon exception to all the hate. While I don't particularly agree with the whole "Rating = Quality" side of things, I think that with a good story, and an excellent visionary, you can induce any kind of emotion in your audience you wish. Krampus accomplishes this in spades, and while many wouldn't call it a particularly frightening film (save for some of the creature designs), its sense of isolation against a backdrop of a family just trying to get through Christmas without killing each other, makes for an excellent mixture of tension and hilarity.

Horror fans will recognize Toni Collette as the star of last years Hereditary, joined by prominent comedic actors Adam Scott and David Koechner. But the highlight performance of the film for me comes in the form of Conchata Ferrell as Aunt Dorothy. Her drunken antics, ones that bring back memories of the sorority mother in the original Black Christmas, were easily the best comedy beats of the film. And while I know the design of Krampus, a character that's surprisingly shown very little in the film, has gotten some hate over the years, I can't think of a better design than a giant creature that appears to be wearing a demonic Santa mask as a front to the season. Very badass. 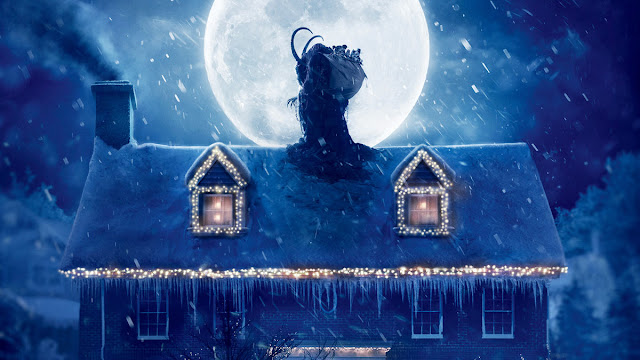 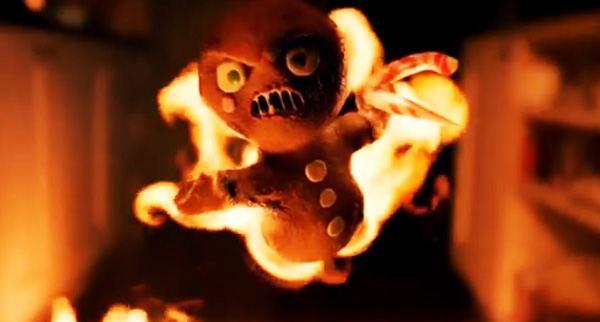 And with that, we hope you enjoyed our little attempt at a Krampus cake! If we haven't said it enough already, we encourage you to pick up a copy of Krampus this holiday season. We believe that this is a film that can be enjoyed among most any circle of people, and have recommended more than any other Christmas movie to other people. Anyway, we hope you creeps are enjoying your holidays thus far as we near closer and closer to the end of the decade. As for us, we will be back at you soon, but if you'd like to talk Krampus, our cooking, or any other festive matter you can find us over on our socials @FoxyCatCoven! But until then, keep it creepy!
Spooky Eats