Up And Coven Happenings: November 2019 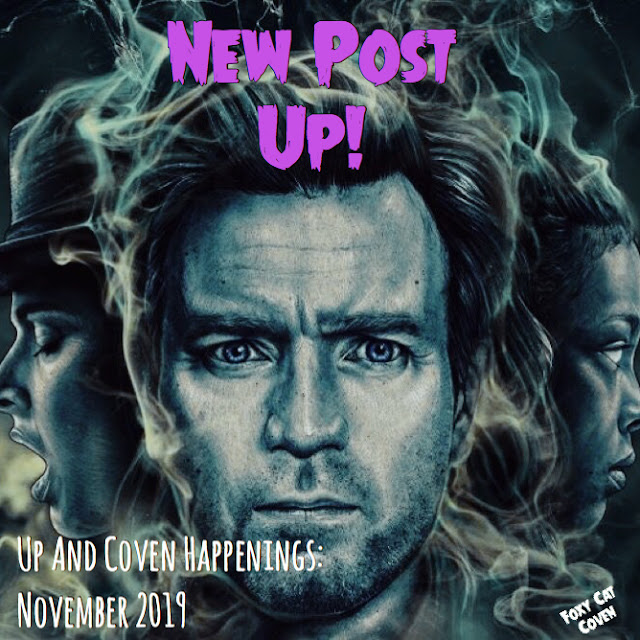 Jeremy: Hello again, creeps! Apologies if you haven't heard from us on a consistent basis. Since Theater Bizzare, we had a slew of Halloween activities (all that can be found on either of our personal IGs) that absolutely destroyed what little free time we had. But as always, we are back again for another month of terror! One that has started off with some serious Halloween blues, as Christmas decor has completely eliminated any potential after Halloween shopping from store shelves. But not to worry, as horror in cinemas, on consoles, and in your bookstores is always going strong whatever season we might be in. Before we kick this month off though, lets get to some updates:

After talking up the release of Medievil on PS4 last month, I got the chance to both play it, and complete it, within about a week and a half. This being a remake of a PS1 game, there wasn't a whole lot added to it, basically giving you the very same spooky adventure with updated controls and visuals, but damn near all the same original voice clips and story beats. That being said, I had a blast with Medievil despite it being a little shorter than your average modern game. The atmosphere that pervades through every level was peak Halloween time mood, and while it offered up an unexpected amount of challenge, it was never frustrating enough to stop playing. But that's not the only horror game I was able to snag during Halloween. 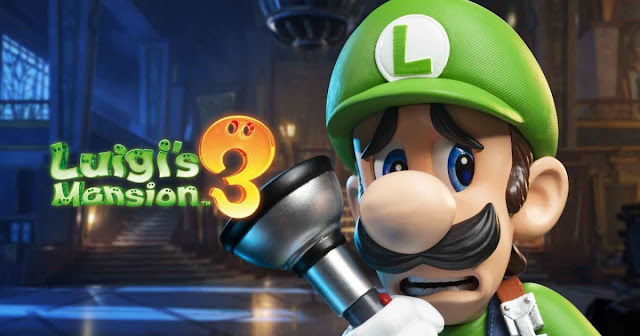 We saw the release of Luigi's Mansion 3 for the Nintendo Switch last week, a game that was on my radar despite not playing much of the first one (and none of the second). This one i'm only now getting in to, but i've enjoyed my time exploring the haunted hotel setting thus far. But with this focus on new games, i've neglected some of my time getting through reading Stephen King's IT. Something that I will be remedying this month, as I move onto my next target in my massive read through of his novels; The Dark Half. I've owned the VHS copy of the film for this novel for about a year now. No idea if its good, but i've at least heard good things about the novel, so i'm very stoked to have the chance to sink my teeth into it.

And last up, i'm only a few episodes away from finishing off re-watching the original Twin Peaks. While we are currently watching Castle Rock together, i'm currently racking my brains to figure out what show to watch on my own after Twin Peaks, so any suggestions are welcome. Perhaps something that would pertain more to my interests than Sara's? Anything will do! (But honestly, mostly stupid slasher shit) 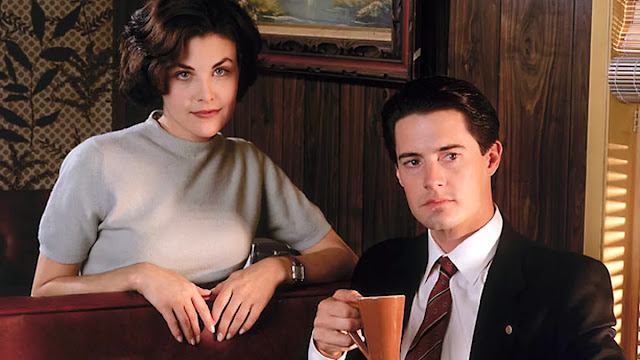 Sara: As you may have seen on our social media pages, we FINALLY finished Part 2 (or is it season 2?) of The Chilling Adventures of Sabrina recently, and even though we already posted it as our #TuesdayHorrorRec yesterday, I still wanted to say that although it seems to take forever for the season to get going, it was well worth it in the end. The aesthetic of the show is something I appreciate the most, and it does a great job of giving its audience spooky vibes well after the Halloween season and if you are like us and suffering from a bit of a Halloween hangover, it’s a great one to binge. We watched the last four episodes in one sitting over the weekend, and it was well worth every moment. 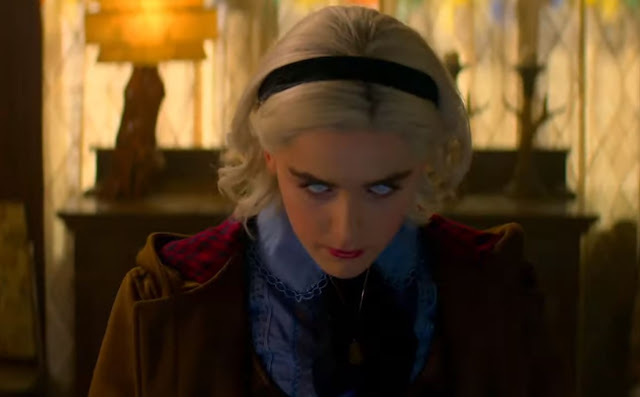 Speaking of witches, I am still slowly making my way though American Horror Story and I am about halfway through season three: Coven. The season takes place in New Orleans-a place this Anne Rice fan has been craving to visit since the 9th grade-and it’s the perfect setting for a war against the white and black covens of Nola. Seeing the return of Sarah Paulson, Taissa Farmiga, Frances Conroy, Evan Peters, Lily Rabe and Jessica Lange in completely different characters yet is rewarding enough on its own, but there is also the delicious addition of Angela Bassett and Kathy Bates to digest. A favorite of mine is Queenie, portrayed by Gabourey Sidibe, a self-proclaimed voodoo doll who originated from Detroit. Although thus far my favorite season has been Asylum, Coven has had some great moments. You creeps will most likely see a ranking post of each season here at the coven once I have completed ’84, but in the meantime, I am finally getting all of those memes from 2011+!

Despite me having zero time to read other than on lunch breaks at work, am still reading through Doctor Sleep with much anticipation of the movie hitting theaters this weekend. For those of you who might not know, although I am sure you creeps do, Doctor Sleep is a film adapted from the novel of the same tittle written by Stephen King. Years following the events of The Shining, an adult Dan Torrance meets a young girl with similar powers as he tries to protect her from a cult who prey on children with powers to remain immortal.  I am only a sad 150 pages or so into the novel, but I can get a feel for Danny Torence’s character and I am very much interested in seeing how Ewan McGregor portrays him in the film. Between Doctor Sleep and Knives Out (a whodunnit flick scheduled for Thanksgiving), I think November has some solid looking films hitting coming to theaters. 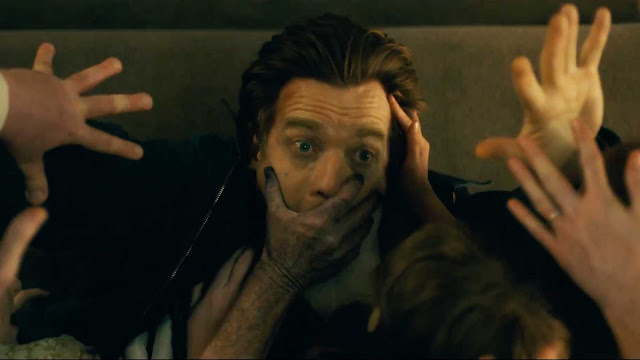 We will have a guest staying with us here at the coven next week so we will be taking a small break from posting but will remain active on all our social media accounts, where you can find us at @FoxyCatCoven! Don’t forget to also hit us up in our Facebook group: Coven Creeps located right on our Facbeook page. We like to share memes, spooky happenings from all over, creepy articles-you name it! Until next time, keep it creepy, kids!