Sinister Pairings: Scary Stories to Tell in the Dark (2019) & The Nightmare Before Christmas (1993) 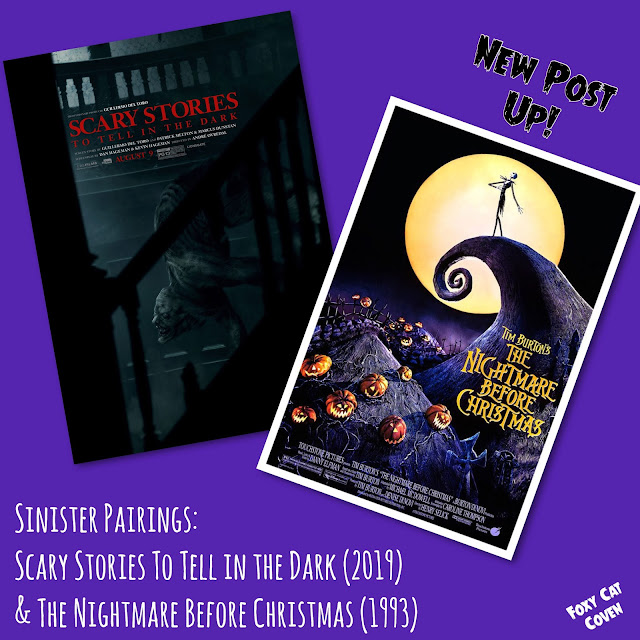 Sara: Happy Wednesday, creeps! First off, Jeremy and I would like to thank you on your patience for our absence on this blog over the last couple weeks, as we are complete experts at stretching ourselves too thin and not planning well. It’s a good thing that only like, three people read this blog (Hi mom!). That doesn’t mean that we are not thankful for you, we are in fact extremely grateful for every comment, follower, movie/event recommendation that we get from you creeps, you keep us spooky! We figured that even though we are over halfway through the month, we would do a Sinister Pairings post on two films that should help rid you of those post-Halloween blues. We are keeping it on the “light” side of sinister with Scary Stories to Tell in the Dark (2019) and The Nightmare Before Christmas (1993). If you are looking for something more… slasher, we did cover Blood Rage and Thankskilling in last November’s Sinister Pairings post.  Still, two decent flicks to transition you into the holidays, before all the X-mas slashers, the holiday drinking game flicks, and the obligatory Die Hard watch. 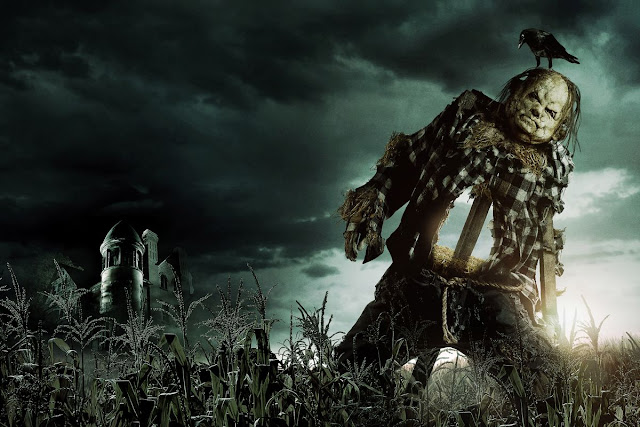 Scary Stories to Tell in the Dark: On Halloween 1968, reclusive Stella and her two friends meet a mysterious drifter, Ramón, and uncover a sinister notebook of stories.

Scary Stories is such a great kick off for November, because the film starts right on Halloween night, leaving the rest of it to take place in early November. Although it is slapped with a PG13 rating, the monsters in this film are first-rate. Jeremy’s favorite is The Red Room Lady, while mine is good ol’ Harold. Directed by Andre Ovredal, and with my favorite director; Guillermo del Toro sitting in as one of the writers, I knew going in that the monsters would be top-notch. As much as I was on board with the idea of this film being an anthology, with a feature on each monster, it was not. I was okay with the plot, it is a little predictable in some respects, however, I forgave it because it the movie is just so enjoyable (we watched it three times already thins year-probably will be bumped up to five before January 31st knowing me). 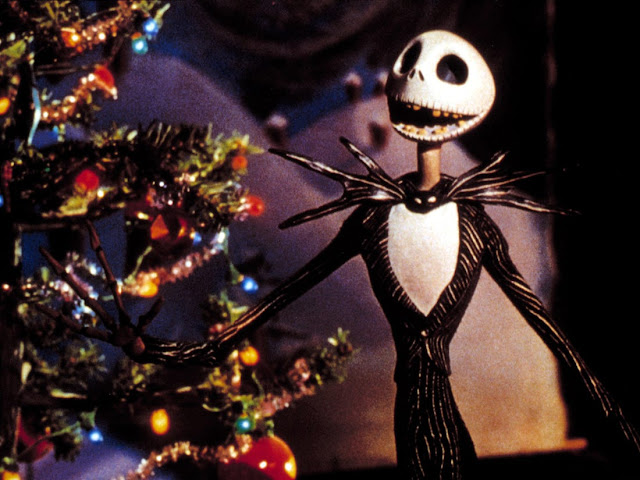 The Nightmare Before Christmas: Jack Skellington, king of Halloween Town, discovers Christmas Town, but his attempts to bring Christmas to his home causes confusion.

The age-old debate on whether this film is a Halloween or a Christmas movie, I think everyone agrees at this point that it absolutely work as both, however, the perfect time to watch this classic (IMO) is in November! Jam-packed with catchy singalongs such as: This is Halloween, and Kidnap the Sandy Claws, this film gets the audience pumped for both holidays. I will admit that this film has oversaturated the horror film market as far as merchandise goes, thanks, Hot Topic! It goes without saying that this stop-motion favorite is the cure for your Halloween hangover, choc-full of cute and creepy monsters, and dummy-thick with nostalgia, how could it be anything else? 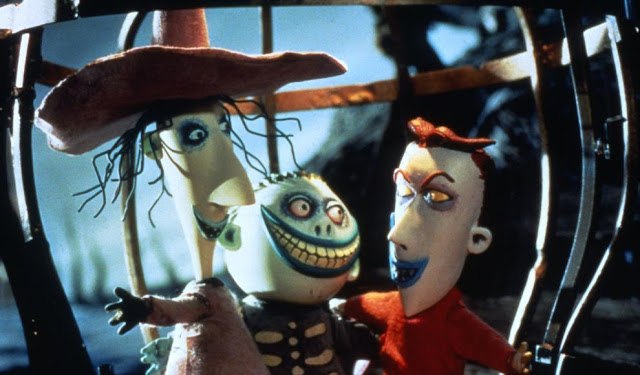 Jeremy: My history with both The Nightmare Before Christmas and the Scary Stories to Tell in the Dark collections can be traced back to elementary school, when I was more than willing to brave the most popular horror property's for children at the time. While I was not lucky enough to catch Nightmare during its theatrical run, this was a heavy rotation in the VHS player and was the first musical I knew every song to. Despite not being directed by Tim Burton, this is clearly his vision and was my introduction to his style before Beetlejuice, Edward Scissorhands, or Batman. With Scary Stories, these were the only horror stories I could brave at the time, and looking at the illustrations now, i've no idea how I didn't have nightmares for weeks. How they managed to capture these creatures so well in the 2019 film adaption is beyond me.

Since i've spent over half my life with these two, i've had plenty of time to develop my taste in both favorite/least favorite song from Nightmare Before Christmas, and favorite story adapted to the big screen for this years Scary Stories to Tell in the Dark. First up, and after many years of hemming and hawing, my best song from Nightmare is This is Halloween, if only for its versatility in literally any Halloween party i've had the opportunity to organize. As for least favorite, i've got to go with Kidnap the Sandy Claws, despite being a big fan of Shock, Lock, and Barrel. Never could figure out why that's the case but its always been that way since the beginning. Goes on too long perhaps?

As for Scary Stories, while every segment of the film was crafted in an expert way in order to illustrate every mood and scare found within these written words, my personal favorite was The Pale Lady from the story "The Dream". Basically any monster that you have no escape from is top notch for me (see: My love for the Grudge/Ju-On films), and one as terrifying  as this couldn't help but be my favorite. As for my least, i've got to give that one to the creature from "The Big Toe". While featuring some spot on special effects, this one is simple but not in a way that I found particularly interesting or frightening. Props as always though to Javier Botet for an always stellar performance as the creature. 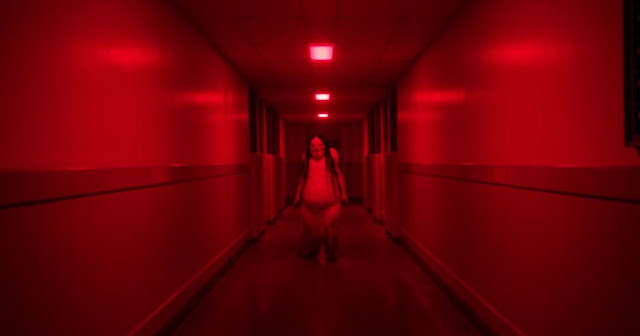 Jeremy: We think these two films are the perfect combination to both ease you into the winter season, as well as cure those Halloween blues as we try and keep the spirit alive. While Scary Stories comes from a more modern era, the spirit of these 90's stories feels right at home alongside the world of Halloweentown in Nightmare Before Christmas. What do you think though? Have any other Halloween blues films that keep you in the spooky mood after October? Sound off then here, or on any of our social media platforms! We love hearing from you creeps and are always ready to discuss all things mad and the macabre. Until next time though, keep it creepy!
Media Massacres