"In Every Generation, There Is A Chosen One...": A Buffy The Vampire Slayer Retrospective Review 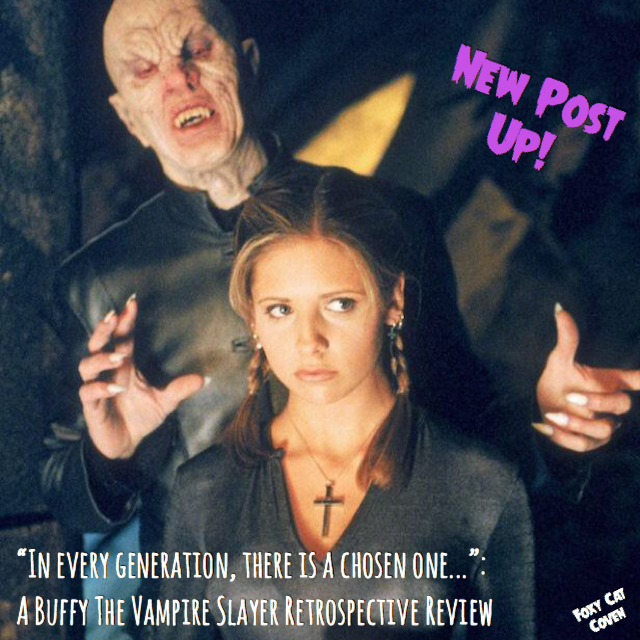 Jeremy: Since moving to Michigan coming on three years ago, i've had the opportunity to be introduced to several TV shows I likely would've never taken the time to discover on my own, thanks to Sara. Late last year, I began my most recently completed of these shows with the late 90's/early 2000's classic Buffy the Vampire Slayer. During its initial television run, I was only vaguely aware of the show's existence. And while I wasn't against the idea of checking it out eventually, I just never found myself at a point in my life where I was compelled to do so.

I must admit that, as the vampire TV series market began to be over saturated with teen romance series, I began to shy away more and more from what I perceived as an apparent issue with the sub genre itself. But years later, i'm happy to announce that after many hours spent watching Buffy, through every trial and tribulation during its seven seasons, that I loved my time spent with this series on the whole. That being said, there were some clear ups and downs in quality that I wanted to address further with this post. My favorites, and my not so favorite villains and episodes to be precise. This being my first time watch, I can readily admit i'm no expert. This is simply a first impression from a newly converted fan, with two categories I felt I had the most to talk about already. Anyway, lets sink our teeth into it!

First off, I wanted to focus on the baddies of Buffy, or rather what she refers to as the "Big Bads". These represent the main villains during each seasons main arc. While some seasons feature more than one character that fills this role, i'm basing my choices off who I perceived to be where the central conflict of the season was stemming from. For clarity, this will be the usual worst to best ranking, taking into account how much of a threat each of these characters posed, how interesting they were, and how well they fit into the story of their particular season: 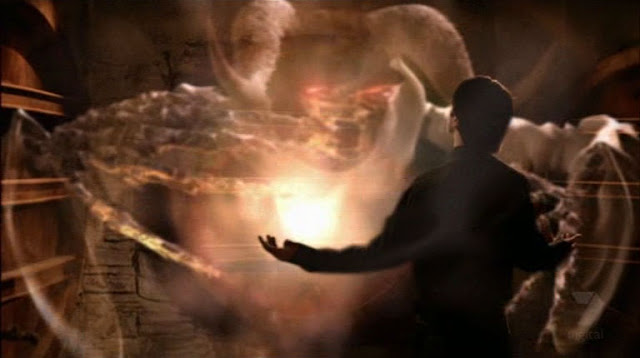 While I would've preferred to choose the murderous preacher Caleb to represent the season 7 big bad, he only fulfills this role during a couple of the final episodes of the season. The First Evil, a shapeshifter, is basically just a greatest hits of all the past big bads of prior seasons, with nothing singularly interesting to write home about. The worst sin you can commit as a major character is to be boring, and despite The First Evil being arguably the most powerful villain in the series, it means nothing when neither a physical form to fear, or a developed personality to latch onto. 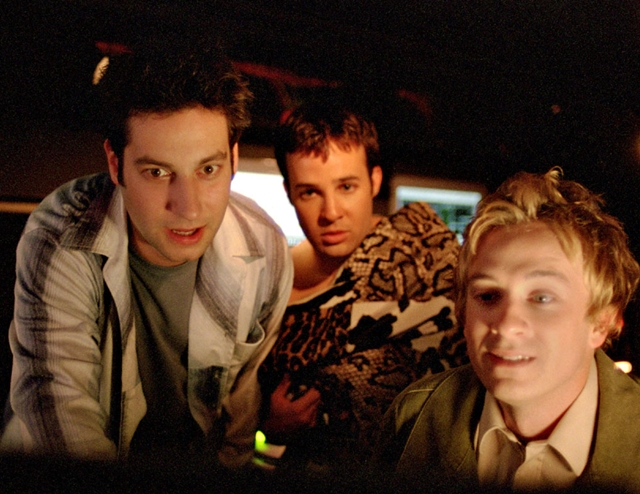 Like with Caleb, Dark Willow (who was great), was only around for the last couple episodes of the season and thus, I can't choose her. Instead, we get the trio of Warren, Andrew, and Jonathon, some dudes that I progressively couldn't believe were getting more and more screen time with every episode. But they did, and nearly every scene they were in seemed to prove the fatigue the show was finally showing. 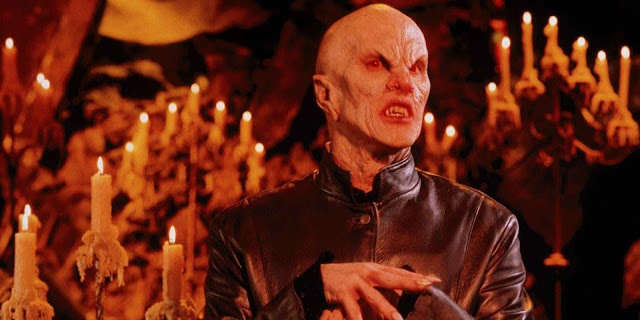 Basically, just a powerful vampire with a straightforward plan of hellish domination. Him being the first big bad, The Master is pretty underdeveloped, and yet still beats out the previous two coming off as a legitimate threat (unlike the trio) and having some kind of personality (unlike the first evil). The Master seems to take inspiration from your typical lead vampire from stories past, ala Dracula but really more like Nosferatu, making him seem a little unoriginal. At the end of the day though, he's about a decent a season 1 villain as I could've expected. 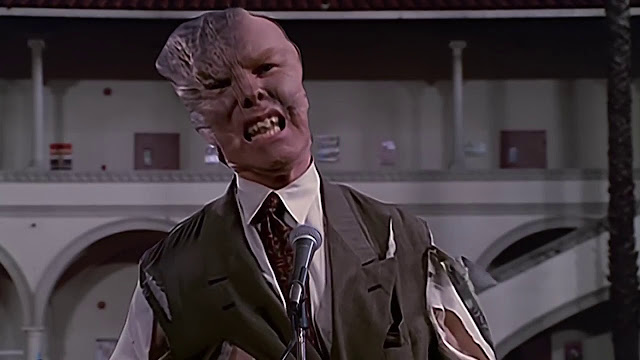 So, here's the thing, I think that the actor (Harry Groener) plays this character very well for what he is. He's able to mix charm and menace in equal doses, and even seems to be unstoppable for most of season 3. But aside from season 3 being by far one of, if not my least, favorite season, he passed a little too far into the campy territory for my liking. Maybe he would've been better suited for some of the less heavy storylines in season 6? 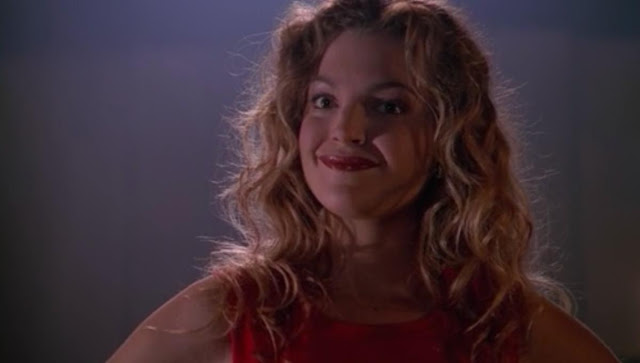 Easily the biggest difference to hit the Buffy big bad universe, Glory, for her outward bubbly appearance, comes off as one of the most powerful baddies in the entire series. While this season brought us an awful new lead character in Dawn Summers, Glory elevates the material with her juxtaposition between valley girl sensibilities and murderous demon god. Add in her pretty dope ability of draining her victims of their mental prowess, turning them into mindless puppets, and you've got a villain that had plenty of entertaining surprises. 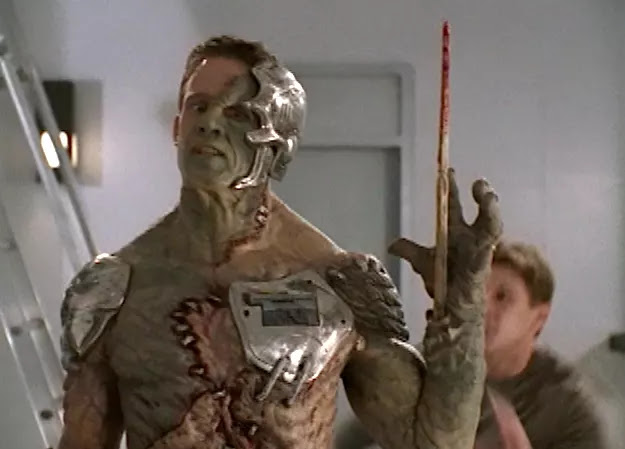 I'm probably going to get zero support on this one, considering Adam is basically a ripoff of the Terminator mixed with Frankenstein, but hear me out on this one. After the disappointing season 3, season 4 is actually what got me back into loving this show. Adam, feeling like the first villain at that point to be unkillable, turns things away from plots involving vampires and demons, and takes us into the realm of science fiction horror. A welcome and refreshing change before things became too much more of the same. And I actually liked the stuff with the initiative, giving us an ever larger world view of the problems faced by our cast. Stellar stuff overall, in my opinion, but unfortunately not the best. 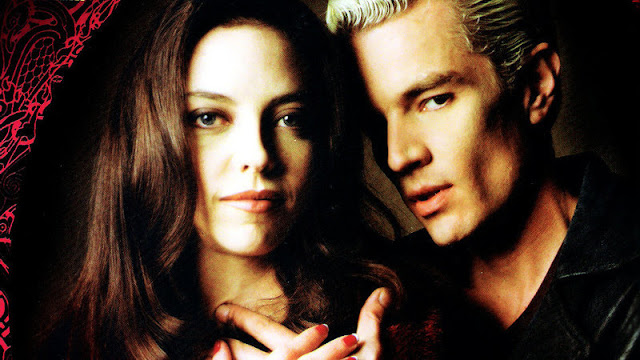 This is peak Buffy the Vampire, in both big bads and with the season itself. In fact, i'd say you could get away with watching this season alone and still be satisfied. Big bads like these were so popular (especially with Spike) that they remained apart of the rest of the series, and for good reason. Richly developed, likable despite how evil they are, and even are responsible for the villainous turn of Angel, giving us a supremely epic season finale battle. I may be operating on bias (As Spike is my favorite character of the show), but the staying power of this seasons villains arc is what really defined Buffy the Vampire Slayer for the rest of its run. And that counts for everything.

Now that we've got that out of the way, lets talk episodes. While there are a great many fantastic episodes to choose from across all 7 seasons, I think there's one that stands above the rest as a truly compelling moment in television. You all know the one: 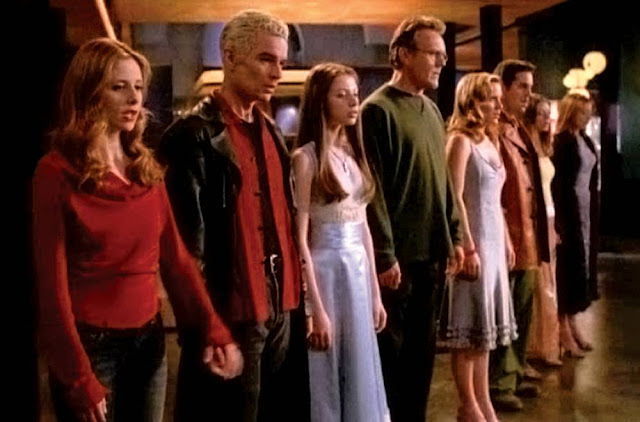 When there's a moment in a show that nearly everyone asks if you've seen yet, you know you're either going to love or hate the thing. While Buffy the Vampire Slayer has many episodes that defied TV conventions: Hush (Nearly an entire episode with no dialogue), Restless (Several stories told through the dreams of each cast member), or The Body (An episode with no music). To me, giving us, with no warning, an episode that's entirely played out in the format of a musical was not only groundbreaking, but the most entertaining time i've had watching Buffy. Now if I could only get my hands on that soundtrack on Vinyl.... 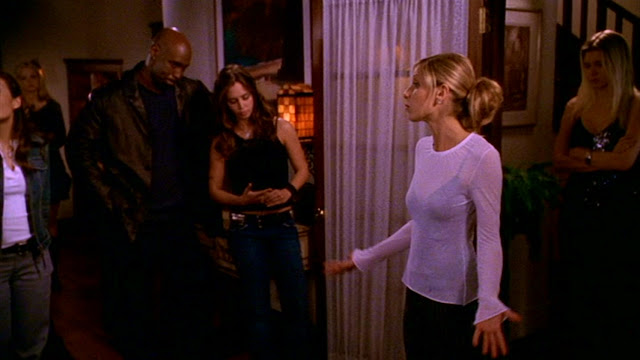 The one where Buffy gets kicked out of her own house. A great deal of season 7 involved Buffy giving a lot of speeches, and the truly awful Potential Slayers reacting to them. And nowhere in this series was this most prevalent than here, to the point that I barely remembered I watched this episode, despite it being so near to the end of everything. Nothing stands out here, again breaking the biggest rule of having nothing interesting to make it stand out.

And there we have it! While there's plenty more that could've been covered with this massive franchise, one that would continue on even after it's cancellation from television, i'm still glad I got to share some of my thoughts on it. I recommend anyone remotely interested in horror comedies, vampire plot-lines, or Sarah Michelle Geller to check this one out. In the meantime, Halloween is almost upon us! Be sure to check out our spooky Spotify playlist "Foxy Cat Coven's Tunes To Get Spooky To" and keep up with us on our socials. We had a pretty busy weekend with Theatre Bizzare so expect us to be much more present leading up to next weeks celebration. Until then, keep it creepy!
Media Massacres