Up And Coven Happenings: September 2019 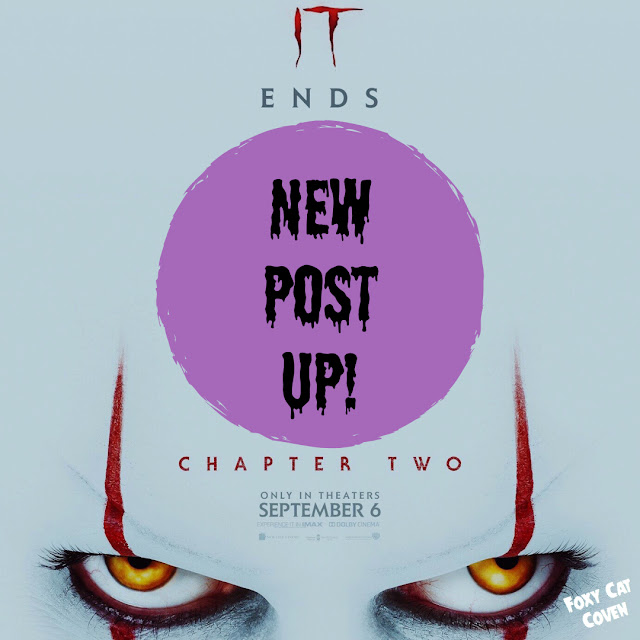 Sara: Happy start-of-the-spooky-season, creeps! Now that the stores are about finished with the back-to-school crowds, it's on for us Halloween fanatics. Micheal's, Home Depot, At Home, and the local dollar stores already have loads of spooky finds, not to mention Spirit Halloween popping up in your local strip malls. This year we have already managed to scoop up some great Trick r Treat merch: a mug and a blanket! Out of all of the horror icons, I am pretty sure Sam is my favorite and I am always thirsting for Trick r Treat memorabilia. Spirit Halloween also has a 20 percent off coupon online and on Instagram right now, so I *might* try to take advantage of that before Monday night. Most of our Halloween decor has vintage vibes because they are hand-me-downs or thrift store finds, so I am pretty stoked to see that both Micheal's and Target are throwing in some classic Halloween decor this year. We picked up a black cat pillow and some great fall scented candles from Micheal's already, and we plan to increase our stash of candles before the season is over because fall scents are the best, amiright?

While I am on this basic cunt train, Starbucks has a new fall drink out, a Pumpkin Cream Cold Brew and it is realllllly good. Jeremy has actually had a Pumpkin Spice Latte before me this year, but I am a huge fan of cold brews, so I had to try it. I am forever supportive of the local coffee shops around us as well, but I tend to cave a little bit this time of year when all of the coffee drinks have cloves, and cinnamon in them. Perfect drinks to sip while soaking in the cooler days on the porch, reading a book. 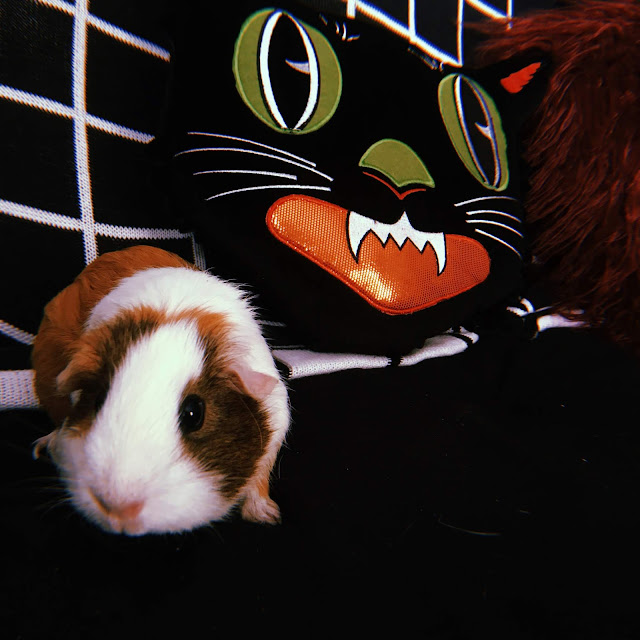 Speaking of, I just wrapped up Pandora by Anne Rice and I honestly could not remember any of it (which has been the case with all of her books after The Tale of The Body Thief) and it was really good! This is the first book in the New Tales of the Vampires Series, and the first that does not center around Lestat. It is written diary-style, and Pandora tells her tale on how she became a vampire, and her life in Rome. I just started The Eyes of the Dragon, by Stephen King, and although it isn't a horror novel, a lot of people have told me it was their favorite by him so I am giving it a go! Perfect timing as the Michigan Renaissance Festival is currently going on, a favorite event of ours here in Michigan. We will be attending again on Saturday, September 28th for Sweet Endings, so if you creeps are in the area, hit us up on social media and come say hi! It is a great way to transition into the fall season, as the festival is completely outdoors. If that isn't the perfect way to say goodbye to Summer, or for those of you who don't live in the area, you can also try catching the Director's cut of Midsommar in theaters this weekend. This movie is so far tied with Scary Stories To Tell In The Dark as one of my favorite horror movies of 2019, so if you haven't had the chance to see this folk-horror cult film, please do! 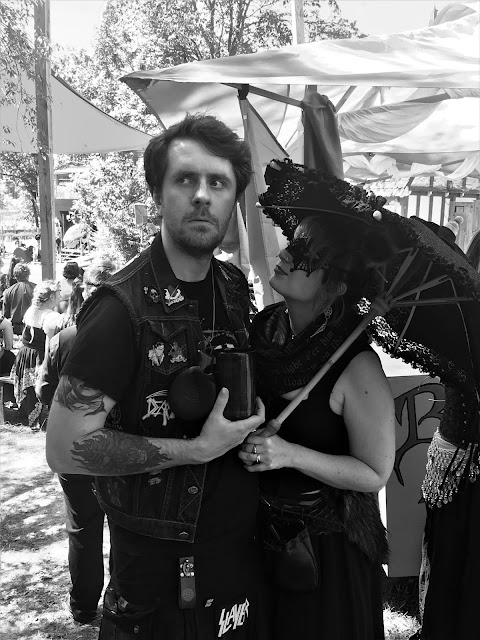 Jeremy: For those of you who have been keeping up with these update posts, you're probably tired of hearing about this but I have yet ANOTHER update on my read through of all of Stephen Kings novels! When last we spoke, I had finished off 2001's Dreamcatcher and was moving on to The Bachman Books collection (1985). I have since knocked out both Rage and The Long Walk, and am a few chapters into Roadwork. Unfortunately in the past i've never been a big fan of King's Bachman work, and that more or less hasn't changed. I've not heard great things either about both Roadwork or the final novel of this collection, The Running Man, but who knows? While not necessarily a great novel, I did (by apparently unpopular opinion) enjoy my time with Rage more than The Long Walk (a novel I believe would've been better suited as a short story).

The big news for a month that doesn't have a lot of significant horror releases in theaters, comes in the form of IT: Chapter Two. While the first film has been met with mostly positive reviews, I have been noticing a greater out pour of negativity towards that film as of the last several months, especially in comparison to the 1990 original mini-series. I personally find the 2017 film already indicates that the remake is an all around better representation of the story than the original, so i'm pretty confident that the remake will close things off in a satisfying manner. Early praise has already been directed towards the performance of Bill Hader as adult Richie Tozier, as well as being a good mix of horror and comedy.

While things might be a little quiet on the horror movie front, we have some exciting TV to look forward to in late September with the release of Creepshow on Shudder! Sara and I have been massively slow in catching up on our shows this summer (both of us finally almost done with both Charmed and Buffy the Vampire Slayer, slowly working through Season 2 of Sabrina, and recently picking up Castle Rock season 1), but I hope to catch Creepshow, which will be shown on a weekly basis leading up to Halloween, at some point during the next few months. Featuring an awesome looking host, akin to the Creeper from the original film, and starring such horror icons as Tobin Bell, Adrienne Barbeau, and David Arquette, Creepshow is already looking to be a worthy follow up to a series that hasn't seen a new entry in over a decade.

That's all for now, creeps. We'll be back at you next Wednesday with more spine tingling tales! Be sure to keep up with us on our Foxy Cat Coven social social medias and over on our personal accounts and look out for our opinions on IT: Chapter Two after we check it out next weekend. Until then, keep it creepy!