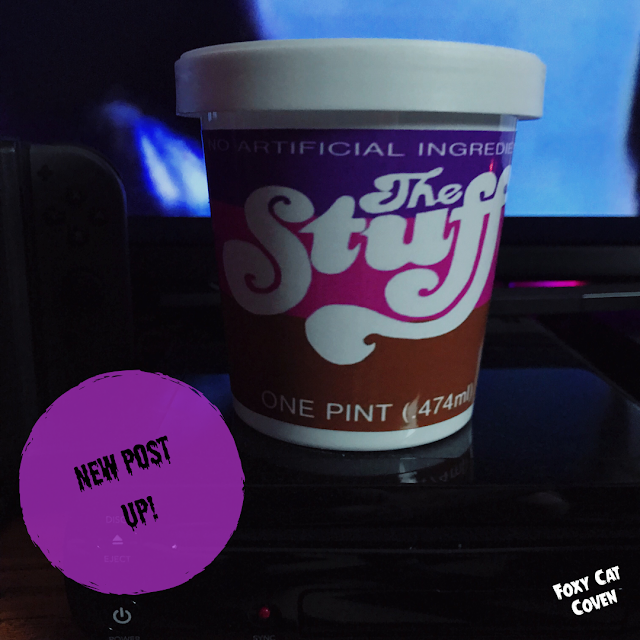 Jeremy: Director, screenwriter, and producer Larry Cohen is a well-respected auteur in the realm of B-Horror and science fictions films. Having created such classics as the It Lives trilogy, Q - The Winged Serpent, and the film we will be sharing our thoughts on today, The Stuff, his genre work spanned over four decades until his untimely passing earlier this year. With so much material out there, many of you might be surprised to find that neither of us have seen a single Cohen directed film. All that would change however, thanks to Joe Bob Briggs and his love for the works of Cohen. Now while I was aware of The Stuff for many years, along with its iconic in-film marketing, it wasn't until The Last Drive-In with Joe Bob Briggs featured the film as a double feature (along with Street Trash) that I took a significant interest in checking it out. Why the initial hesitation? Well to be frank, The Stuff was never a film I expected to be my thing. Coming off as seemingly a The Blob rip-off, I found what little i've heard i'd heard to be a little, well, boring. I couldn't have been further from the truth. I really dug this movie.

The Stuff features a mix of both horror and science fiction elements against a backdrop of satirical marketing tactics. Set in a world where The Stuff - a highly addictive substance that has the appearance and sweet taste of ice cream, but with zero the calories, has become a nationwide craze. A craze that has led it to be available all across America, and in great abundance. However, due to its negative impact on the ice cream market, an FBI agent by the name of David "Mo" Rutherford is hired by several leaders of the ice cream industry, including a man known by the nickname "Chocolate Chip Charlie",  to find out what ingredients go into the making of The Stuff, and ultimately shut down its production. Throughout Mo's investigations, he discovers the deadly nature of The Stuff, eventually turning those who digest it into zombie-like creatures that have been consumed to the point of being completely hollow on the inside. While most of the film follows Mo's attempts to track down the one's responsible for The Stuff, one of my personal favorite sections of the film is actually a side story in which we take a look at the effect The Stuff has on a nuclear family, nearly all of which is addicted to the substance.

When we aren't following the antics of Mo, we follow Jacob, the only member of his family who has yet to try The Stuff. When he isn't being arrested for knocking down entire displays of The Stuff in stores, he's replacing containers of The Stuff with shaving cream in order to fool his family into believing he's consuming The Stuff. I was a big fan of the latter scene, outside of the absurdity of it all, the tension here is at its peak for the film, as we see a boy outnumbered three to one by his seemingly normal family. I was surprised too that I was okay with how much this film jumps around, in fact I thought it worked in this films favor as you're never left to dwell on one particular detail for too long. I thought this was best exemplified with the character of Chocolate Chip Charlie, who seemed to materialize in and out of the movie at a moments notice, with his death by The Stuff hitting you completely out of no where for a character with a ton of stage presence earlier on in the film. 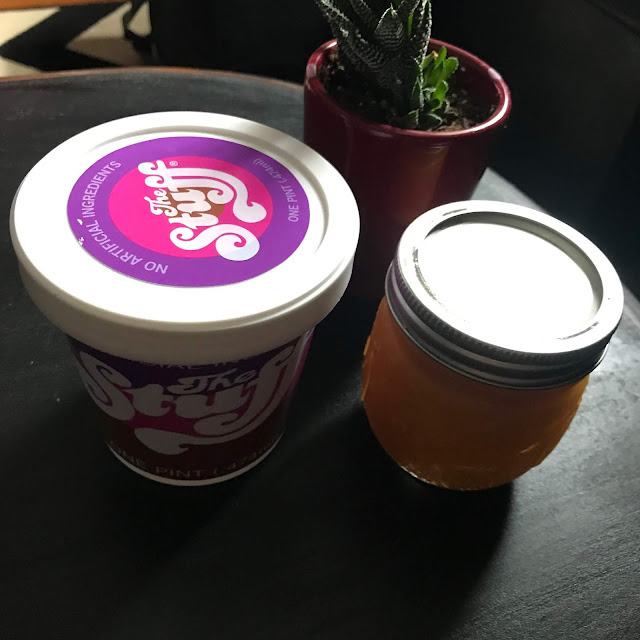 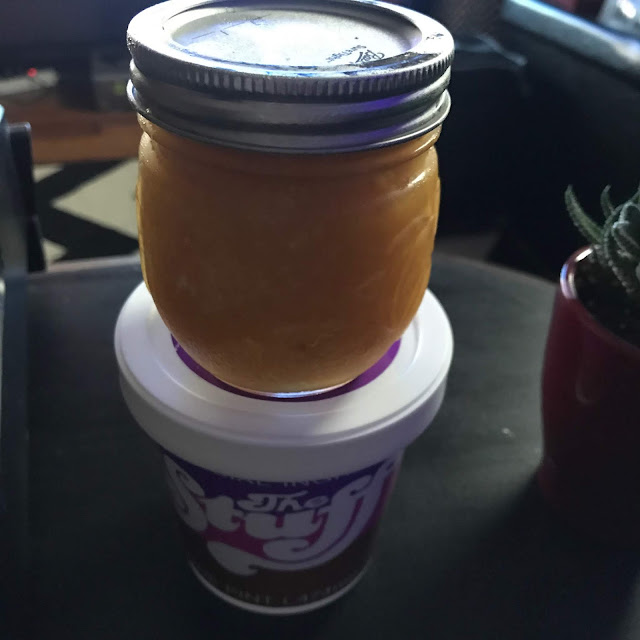 Sara: The Stuff has two factors that I love-to-hate, which in turn, makes it a movie I also, love-to-hate. The first being the special effects: any horror fan will tell you that 80’s horror is the crème of the crop, and one of the reason’s why is because the special effects are top tier. There was no CGI in the eighties, the special effects were more hands-on, and this movie was both hit-and-miss. The actual Stuff looked delicious, even if it was a marshmallow crème version of The Blob. There is a 9.99% chance I would have been one of those idiots eagerly eating it out of the bright pink and purple carton it came in, lactose intolerance be damned! I also really loved Chocolate Chip Charlie’s encounter with The Stuff, his mouth reached epic proportions. I wish there were a little more gore, that’s what we expect out of our 80’s horror flicks. This film felt more comedy than horror though to me, but I am not entirely sure if it was meant to be? The cheese factor was high with this one.

Speaking of cheese, the god damn theme song they create for the advertising for The Stuff is something out of an infomercial nightmare. Enough, is never enough, of The Stuff! Models in fur coats and bathing suits feeding each other The Stuff on a runway, commercials of people doing Jazzercise (I think?) while consuming The Stuff is very telling of it’s time. Not to mention, the song gets stuck in your head, not *quite* as badly as the “More Days “Till Halloween” Silver Shamrock song of Halloween III, but pretty damn close. 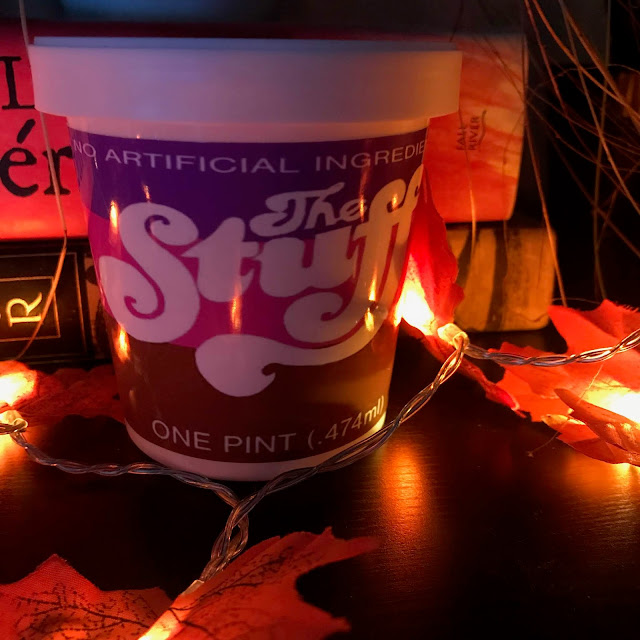 What were we to pair with The Stuff? Obviously, something sweet, and now that summer is almost completely over, we thought we would give it a sweet send off with clementine jam! I found this recipe from The View From Great Island and gave it a go, which turned out amazing! There is a small jar in the pictures on this blog, but this recipe also made an additional 16 oz that we plowed through in less than a week. I did not end up tweaking the recipe this time, but we did pair it with homemade oatmeal banana bread for breakfast, as well as used it on our PB&J lunches for the week.

So, what do you say, Creeps? Are you a fan of The Stuff? Are you planning on trying your hand at clementine jam? Let us know by dropping a comment here or hitting us up on any of our forms of Social Media @FoxyCatCoven. You can also find us in our spooky Facebook group, Coven Creeps, located right on our Facebook page. We have lots of posts prepped for you guys for the rest of this month, so stay tuned! As always, keep it creepy, kids!
Spooky Eats