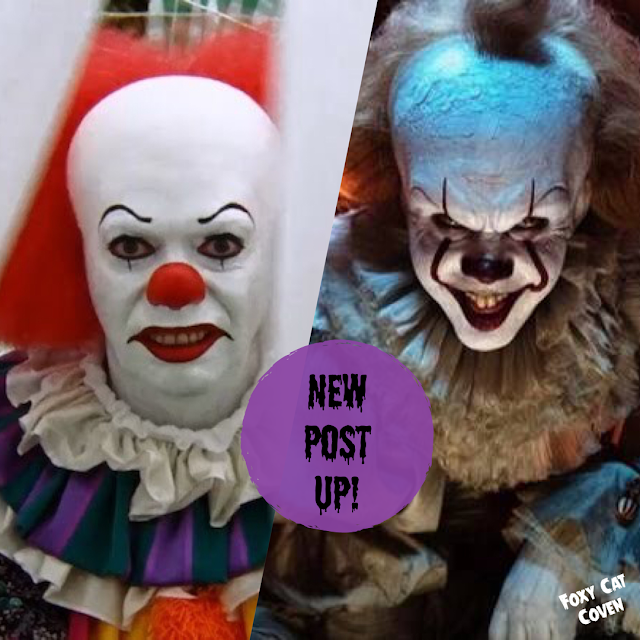 Jeremy: In our time here on the Coven blog, i've often been privy to the fact that I use the 1990 TV mini-series adaption of Stephen King's IT as an example of where my childhood fascination with the horror genre began. While i've had many years to stew on my opinion of that particular adaption, one that has ebbed and flowed throughout my adult life, director Andy Muscietti's film adaptation of IT (in its complete form) has only been running through my mind for about a week now. That being said, it hasn't taken much mulling over for me to decide what is my preferred overall vision of the The Losers Club vs. Pennywise the dancing clown. But before getting into that, just what is IT all about for the two of you out there who don't already know?

To sum decades of history with this property up in a few sentences, IT is a 1986 novel written by Stephen King as a practice in creating the ultimate horror novel before he intended to step away from the genre. Following two separate timelines (The late 1950's and mid 1980's) we follow a group of outcasts known as The Losers Club, as they are terrorized, and ultimately led to confront a cosmic evil shape-shifter who often appears in the form of a clown named Pennywise (although its appearance is also dictated by whatever a given characters greatest fear is). A few years later we had Tim Curry take on the titular IT role with the TV mini-series, and a further twenty seven years later we were given a two part film adaption with newcomer Bill Skarsgard in the clown suit. Now we're up to speed, lets talk about what I liked and didn't like between these two films.

What we cover from here on out comes from the assumption that you're both familiar with the novel, and it's adaptions, so I highly recommend checking everything out first. First off, to what I did like: I seem to be alone in liking the adult bits in the novel that focused on Tom Rogan and Audra Denbrough finding there way to Derry in search of Beverly and Bill, respectively. The remake chose to completely cut anything to do with either character past their intro, while the original gave us a pretty stellar scene with Audra encountering Pennywise at a gas station outside of Derry. No further Tom Rogan in the original either, but I still dug his fight with Beverly more there than the remake, so points to the original. On the subject of adult side characters, I was a fan of how Henry Bowers was handled in his adult incarnation in both films (loved the moon with Pennywise face in the original, and Patrick coming back in the remake), but what really elevated the remake for me was the inclusion of the Adrian Mellon side-plot. While admittedly that was something that was likely deemed too horrifying for 1990 audiences, it's a scene that i'm happy was included in the remake as a prime example of not only the evil of Pennywise, but the evil of Derry and its residents. 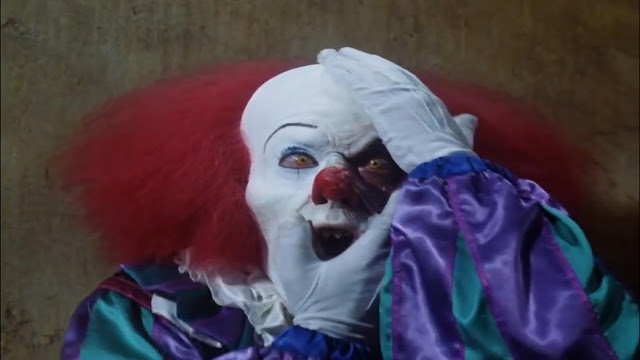 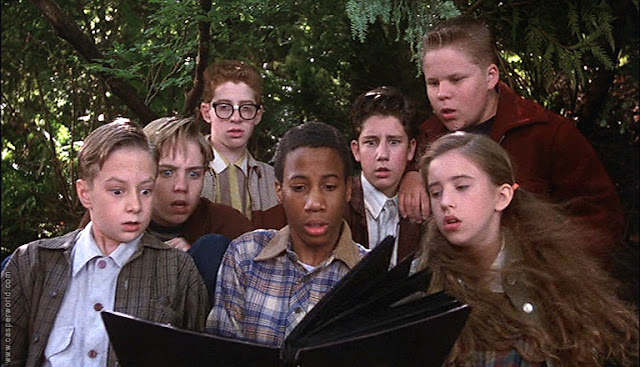 The remake, while often relying too much on CGI, is the clear winner in the effects category with such things as the leper being a standout (although I did dig the Mrs. Kersh monster in both the original and the remake). But onto what I didn't like: IT Chapter Two's Chinese Restaurant scene was bizarre but perhaps a little too much for my liking, the original's is more muted and, while not perfect, still feels more effective to me.  A big gripe I have with the original, and in a way the remake, was the removal of the Patrick Hockstetter character. While he was featured in the remake, he was far more toned down than the incredibly disturbing characters of the novel. Last up, the original suffer the most from its lack of on screen violence. You may not need a whole ton of gore in order to scare an audience, but in a story such as this the remake is obviously able to flex its muscles and show more of what the novel intended to show you. For that, and for being a far more faithful adaption of the novel, with plenty of its own added flair, I got to give it to the remake on this one.

Sara: I want to come out and say that I did not see IT (1990) when it first came out or grow up with it at all. I saw IT for the first time only a couple of years ago, and although I do love the living shit out of Tim Curry, I don’t have that nostalgia attachment to it that most of my fellow horror fans have. After finishing the book, revisiting the original movie with Jeremy, and seeing IT: Chapter 2 in theaters, I can safely say that I am simply not a fan of the adults in this story.  I am not sure if it is the fact that The Loser’s Club already faces Pennywise in the first half as children, so it just seems a little anti-climatic when they return to face him as adults, or if the children are just more convincing in their respective scenes engaging with Pennywise or whatever form he chooses.  I thoroughly enjoyed seeing how the children were affected by this childhood trauma as adults, how it shaped them into marrying exact replicas of the parent’s they loved and feared, as in the case of Eddie and Beverly. How they were all so successful, but completely struggling with alcoholism, depression, and abuse.
In the case of the 1990 version, I really disliked all the acting by the adults. The movie has that 90’s campy feel to it that we all know and love, however, I can’t get past the stale performances. In IT: Chapter 2, I absolutely loved the casting, and the acting was beautifully done in my opinion. Don’t worry, I have problems with the remake as well: I am not a huge fan of so much CGI, I feel like it can be a way of avoiding letting Pennywise doing or saying something horrifying on his own. Also, Chapter 2 to me felt too long. As much as I loved the kids, there were SO many flashbacks that by the time the fourth or fifth one happened I was over it. 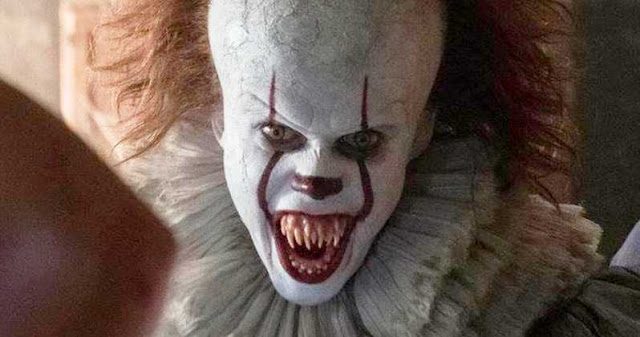 I do want to say that I again really loved the original for its campiness, I loved seeing Seth Green (Buffy, Idle Hands), and Emily Perkins (Ginger Snaps), two actors from some of my favorite 90’s-early 00’s horror movies in a horror movie at such a young age. I loved seeing Tim Curry who I adore in everything from Rocky Horror, to Ferngully in such a horrifying role. I kinda lost my shit when I recognized the school principal as none other than the Cigarette Smoking Man from The X-Files. I love the remake for how entertained I am while watching it, someone on Twitter called Chapter 2: Pennywise and The Chamber of Secrets and it did have a heavy fantasy feel. I think that’s where I can forgive some of the CGI, it felt like it just fit well with the feel of the movie, however, I would have liked more Pennywise!

What are your thoughts, Creeps? Are you sticking the original like glue, a fan of the fantasy-esq remake, or do you love both movies for what they are individually? Let us know either by dropping a comment here, or on any of our social media platforms @FoxyCatCoven or get at us in our Facebook group Coven Creeps, located right on our Facebook page. Until next time, keep it creepy, kids!
Media Massacres