Betrayal At House On The Hill: Board Game Review 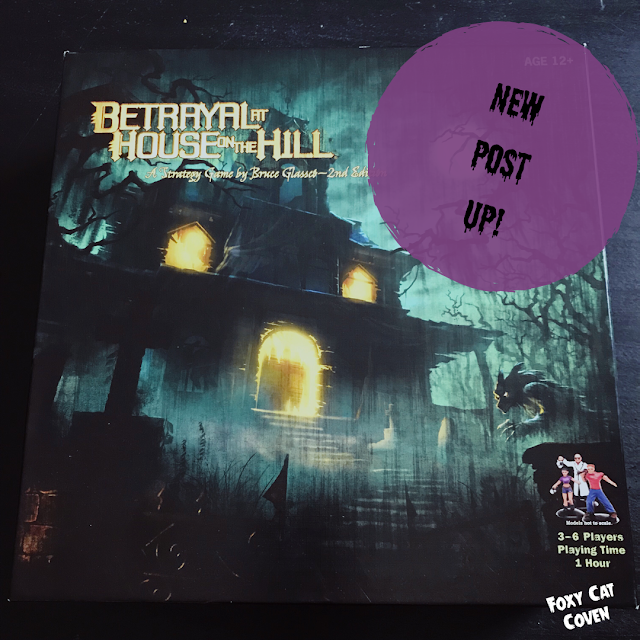 Jeremy: Happy Thursday, creeps! We've had a few horror themed board games lying around that we've been meaning to get to, and some that we already have. "Betrayal at house on the hill" is one such game that, despite having in our possession for half a year, we only just last month were able to finish a game of it with friends. That's not to speak to the quality of the game, but rather the complexity for newcomers. If there's anything you should know before going into Betrayal, it's that the game is deceptively simple to start out before hitting you with the bulk of what the game is all about: The Hauntings. Before going into what we liked and disliked about this supernatural spookhouse, I wanted to go over some of the rules of the game for those potential buyers who might be interested in checking this one out.

"Betrayal at house on the hill" is a 3 to 6 player experience, best played with the maximum number of players, in my opinion. Through a choice of six different explorers, you're assigned a set level for that characters stats. These stats are separated between Speed (how many rooms you can move at a time), Might (how strong your attack is), Sanity (How well you take mental damage), and Knowledge (Which aids in your success in the many different rooms and event cards). Each characters stat will begin at a base number, and if any stats number is lessened to a skull symbol (or rather, a zero), then that character is considered dead and out of the game. Each character begins in the entryway of the mansion, and moves from room to room, each time revealing a new room tile whenever they open a door. The more rooms you open, the more chance you have of revealing what are known as Omen cards.

Omen cards are what to lead to whats called a haunt, the second half of the game after enough of the mansion has been explored. Once this has been done, the explorer who triggered the haunt is now known as the traitor, and is given their own set of guidelines for the haunt, while every other character shares a separate book for how best to deal with the haunt. There are a total of fifty different haunts in the game, all with a completely different scenario and set of rules. While no two haunts are the same, the game always ends with either the death of the traitor, the explorers, or the discovery of some hidden treasure in the mansion. With a full team, and depending on which haunt you get/how long it takes to get it, Betrayal can take anywhere from a couple hours to five-six hours. My recommendation would be to not only become familiar with the basic rules of the game, but also with several of the haunt scenarios. The latter can drastically change the game in more ways than one, and can be a little jarring at first. 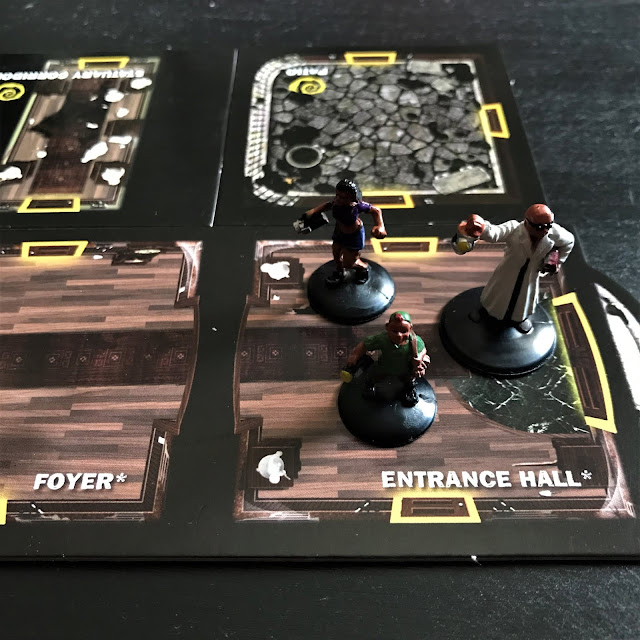 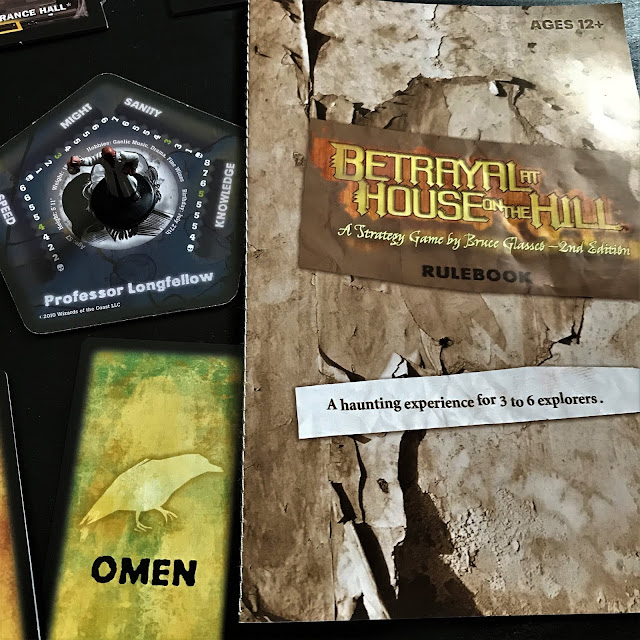 Sara: What I really liked about this game, was the fact that you have SO MANY outcomes of gameplay with how the house can be built each time, as well as The Haunt itself. There are secret passageways, as required in most haunted houses (duh), and certain rooms unlock extra goodies like items that can help the characters as they navigate the house. These items and tokens can come in handy depending on your character’s needs in the game. Each character card has two-character options to choose from at the start of the game. Wanna be a little girl? You get two choices:

Missy Dubourde
Color: Yellow
Age: 9
Birthday: February 14th
Hobbies: Swimming, Medicine
Brief Description: A creepy little girl, who wants to be a doctor. She cuts up dead things, for fun. Missy then has nightmares about them.
Fears: Dead things coming back to life to haunt her.

This is just one example of a character card, and each character has different strengths and abilities. Your character might have decent speed but is low on wisdom, one of the rooms in the house might help you increase your wisdom and vice versa. My favorite part was building the house, because that takes some survival skills. The Haunt itself? Ours was confusing and I am still not %100 sure we got it correct, but it was fun. This is a game that takes a lot longer to play than the box says, especially with newbs at the wheel. It’s also a game that gets easier each time you play it. It’s perfect for a weeknight game or a chill weekend game night as it took us about three hours to get through. So yeah, have snacks on hand, and the instruction books at the ready!

Played this game or have a spooky tabletop rec for us? Drop us a comment! Here or on any of our social media sites @FoxyCatCoven. We love hearing from you guys, and we have spooky shenanigans going on over in our Facebook group: Coven Creeps, located right on our Facebook page. Until next time, keep it creepy, kids!