Up And Coven Happenings: August 2019 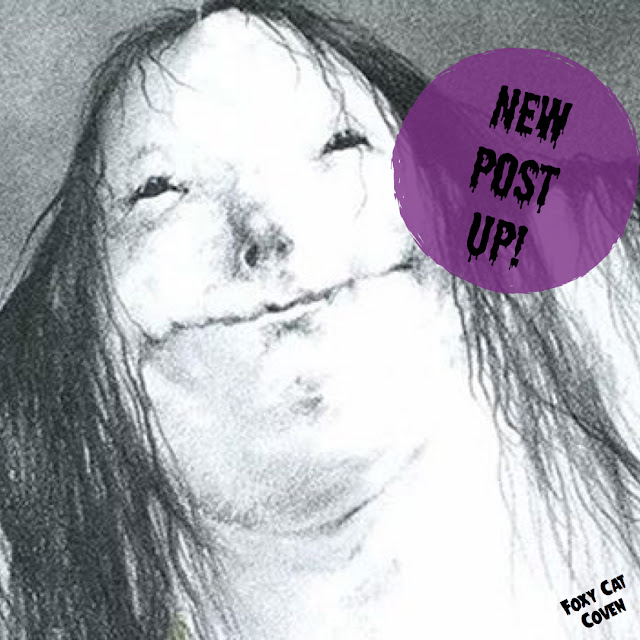 Sara: Happy Scary Stories weekend, Creeps! We are an entire nine days in to August already and we have been hella slackin’ on getting this month’s Up and Coven post out but here we are (finally, and just in time for Guillermo del Toro’s Scary Stories to Tell in The Dark! Growing up in the Nineties, and before R.L. Stine blessed us with Goosebumps and Fear Street, Scary Stories was a classroom staple in grade school. Every classroom had a disarray of hand-me-down books (usually supplied by the teacher of said classroom), and every student in grades 1-6 had to do a book report each month. I cannot tell you how many times my classmates and myself would scramble to grab up Scary Stories each month, year after year. Some students were lucky enough to have their own copies, but Scary Stories did not grace my bookshelves until last year when a friend gifted me the entire set for my birthday. Re-reading them last fall gave way for a slew of memories, thick with syrupy nostalgia goodness, and it’s safe to say that I have been riding that hype train for Scary Stories to hit theaters, and now, the time has come!

The film takes place is 1968, and instead of choosing the anthology route, Scary Stories is an all single narrative. Stories from the book include: The Red Spot, Harold, The Big Toe, The Dream, and Me Tie Dough-ty Walker, at least, according to the promotional trailers and posters. My personal favorite? Harold. Harold is the scarecrow one (we will leave it at that because, spoilers), and Harold was the story that we took turns reading out loud to each other in the classroom many, many moons ago. Also, I feel like there is always more room for scarecrows in horror. Also, also, he looks legit, creepy as hell. I haven’t even seen the movie yet, but all the promos seem to be doing Stephen Gammell’s artwork for the book complete justice.

Speaking of books, and Guillermo del Toro, I just finished The Strain. Co-written by Chuck Hogan, The Strain is the first in a three-part horror series about vampires infecting parts of New York City. Think zombie apocalypse, but with vampires. This book I had originally picked up in a second-hand store in Arizona last fall and had to buy it because I am a wee bit del Toro obsessed. I took to Twitter with a vote on what I should read next and The Strain was the top choice out of the books I listed, and I went in knowing absolutely nothing about it. I had no clue that it was about vampires (pleasant surprise for this Anne Rice nerd), that is was the first of three novels, or that there was a television show based off the books. I learned so much in one day! The Strain is different than most vampire novels I have come across because the monsters here are not brooding and/or romantic, oh no. These vamps are feral-ass beasts. If you are a fan of the vampires from Blade 2, also del Toro’s handiwork I may add, then you will be a huge fan of these blood-suckers. My only complaint? The characters are kind of basic ass bitches. You have The Brain, The Brute, The Child, The Woman, The Wise Old Man, etc. etc. The book is written like there was a TV show in mind, however, I had a hard time putting it down. It is brilliantly paced, and there are some intricately disgusting scenes that are sure to bring joy to any horror-fan’s heart. So, if you were one of my fellow creeps who suggested this gem, thanks! I am hoping to find used copies of the other two books, and then I am planning on watching the show, so, expect reviews of all the above in the future! 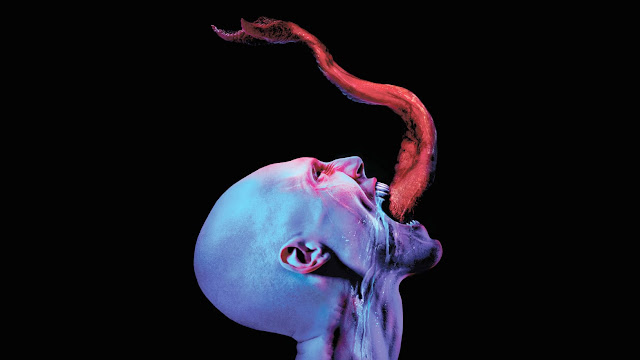 In other news: I am continuing my pilgrimage through my Anne Rice books and am currently on Pandora, the first the New Tales of the Vampires. I remembered nothing of this book, however, I am finding myself enjoying the diary-style of this novel.  I am also on the very last leg of Charmed, the original series. I feel like I have been watching this show for a decade and it has taken me well over a year to finish it. This month will be the month, and although I some parts have dragged, I already know that I am going to feel sad once it is all over. You creeps can also expect a post on Charmed once I have completed it.

Jeremy: Despite missing out on both Crawl and Once Upon a Time in Hollywood (so far, anyway) in theaters, we're finally going back to the drive-in next week to check out 47 Meters Down: Uncaged! While i'm still holding out hope that we will get a double feature in the form of  47 Meters and Crawl, shark and alligator, i'm just happy to be finally returning to that most nostalgic of venues for some bloody good shark mayhem. Last year during our Shark Horror themed month, we sung the praises of the original 47 Meters Down, one of the most tense underwater thrillers i've ever seen. And so, i'm hoping for even more of the same with its sequel, which has had a promising trailer despite not appearing to feature any of the cast from the original. More shark hallucinations, my dude. 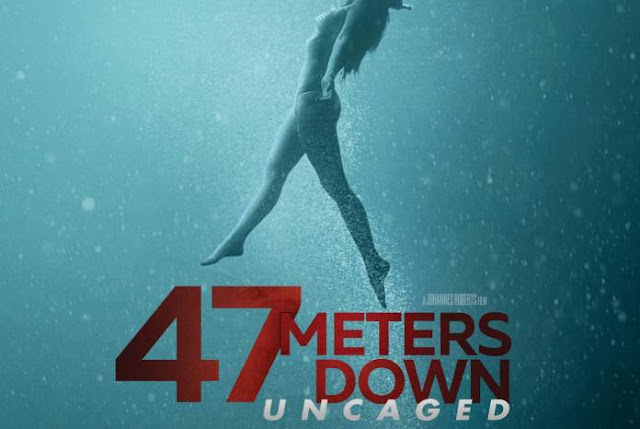 As an update for where i'm at in my journey to read through the vast bibliography of Stephen King, well, I wasn't able to finish Dreamcatcher during the month of July. However! I'm very near to the end of it, so I expect only a week or so left before its complete. Despite my initial reluctance i've thoroughly enjoyed my time with this novel, certainly more than I did with Cujo before it. Next up i'm going to be moving on to the Bachman Books collection, featuring four novels: Rage, The Long Walk, Roadwork, and The Running Man. Originally I wasn't going to be including these in my eventual ranking of King's novels but hey, pseudonym or not, they are still works of his.

I'm now in the third month of mentioning this, but i'm very excited the release has finally arrived for Blair Witch: The Game! (August 30th, anyway) While the news that it will only be available on Xbox One and PC is still bumming me out (neither owning an Xbox or PC with that kind of power), i'm still pulling for its success, and am confident with the footage they've given us leading to release. As far as horror games i've actually been able to give some time with, I tried out a relatively older game this month known as Layers of Fear (2016). A first person psychological horror game in which you control a disturbed painter as he attempts to create his greatest work of art, all while wandering a Victorian mansion. While i've yet to complete the story, I definitely give this one a recommend if you don't mind the story being given to you in small chunks at a time, while you're given scare after scare in a completely disorienting universe where no door leads to the same place it once did.

What have you been into this past month? Excited for Scary Stories to Tell in the Dark, or perhaps 47 Meters Down is more your thing? Let us know what you plan on checking out this month here or on any of our socials, plus any horror movies you think we should check out. Until next time, keep it creepy!
Coven Happenings