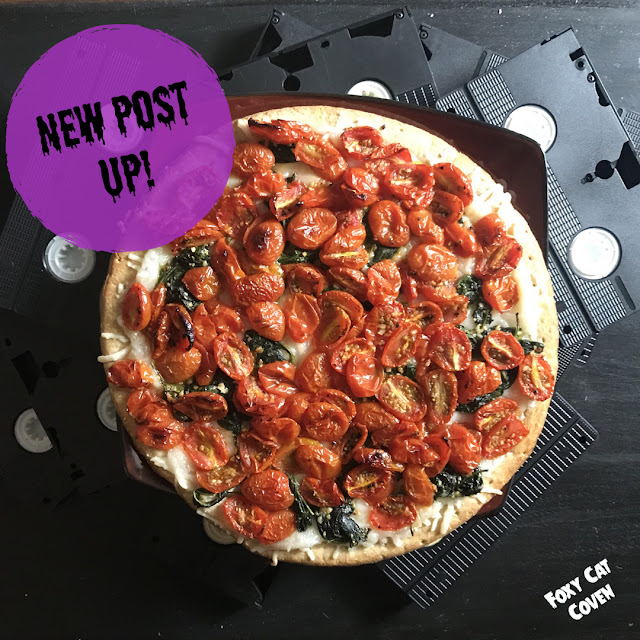 Jeremy: About a week ago I received a mysterious comment over on my Instagram. "If you have any information into the disappearance of Deputy Leo Cole, please contact the Darkbluff County Sheriff's Department." Now, while i've been privy to this marketing tactic for some time, often reserved for super low-budget, indie films trying to create some social media buzz, I was caught in a particularly nostalgic mood that got me thinking about "Blind rentals/purchases" and Friday night horror movies. Back in the late 90's days of Blockbuster video rental stores (Or more popularly, Hollywood Video in my hometown), these blind rentals were what made up most of the horror movies I watched at the time. Often these choices were based off the box art alone, having no prior knowledge of the film or access to the internet, leading to a plethora of some less than stellar experiences. In order to recapture this feeling I said, what the hell, and decided to check out what this Instagram comment was attempting to lead me to. What I soon found was a found footage film under the title, "The Fear Footage", released in 2018 and directed by Ricky Umberger. Wanting to even further replicate that Friday night Blockbuster experience of my past, I decided to go ahead and purchase a physical copy of the film on Blu-Ray, that being my only choice outside of Amazon Prime.

The Fear Footage, set up as a Blair Witch Project meets All Hallows Eve scenario, introduces us to  the body cam footage of Deputy Leo Cole, who has since vanished since responding to a distress call one night about a house mysteriously appearing where nothing had existed prior. Purposefully not watching any trailers or looking up any information, I chose to enter into this film completely blind. But, having not checked out the trailer until after, making it through the footage, I can now say that I would've been surprised either way with how the events here played out. I don't want to spoil too much for those who end up coming across The Fear Footage, but I do have a few gripes and praises to throw out. 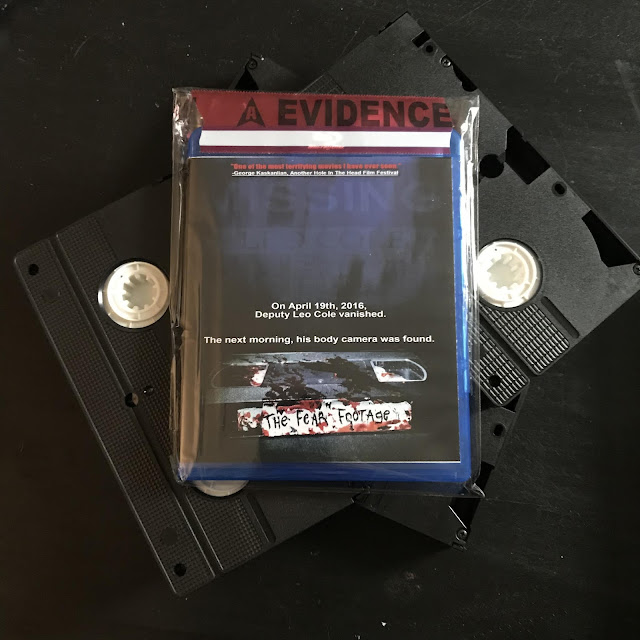 So, what I did I like: First of all, and I couldn't find any information on this, but you can tell almost immediately there's little to no budget on this one. That being said, I thought there was good creativity going on here, with a segment involving a little girls diary being a highlight, taking something like a few lines and creating all kinds of dread from it. I thought too that the second half of the film was clearly where most of the budget went, resulting in the best (if incredibly cheesy) monster effects. And, that's about where my praise ends. I'm not going to be too harsh on a film with little backing behind it, in fact i'd suggest throwing this one on if you're wanting to get into the cheaper side of Found Footage film making. But, I personally found the whole thing far too boring during the first half, rarely scary, and filled with jump scares that either caused us to laugh (we've got two vomit jump scares in the film) or not react at all. While the sound editing was pretty alright, with some moments of good tension building, the result never paid off, with discounted Halloween costumes being donned by every creature of the film. And so, aside from my aforementioned recommendation, it's hard for me to ultimately say check this one out. But, that's just me. 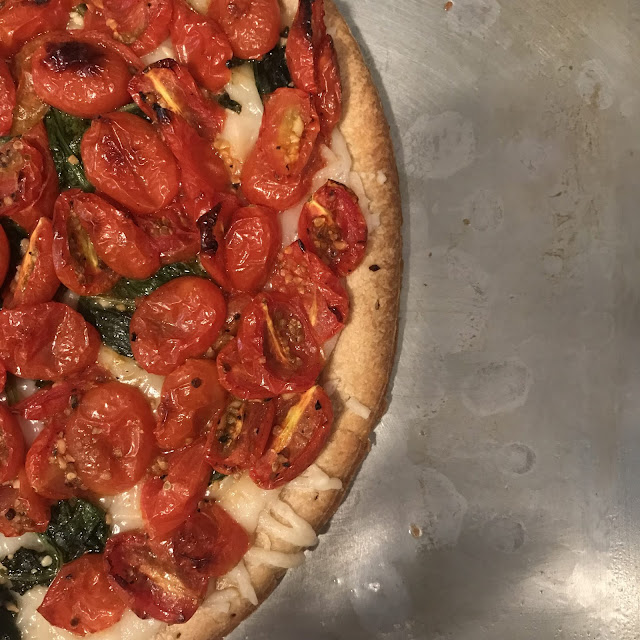 Sara: One of my favorite aspects of video rental stores were the B movies; the films with one lonely copy available in a sea of bigger releases. You knew that these movies were a hit-or-a-miss, but that was half the fun. It’s how I stumbled across gems like Ghost World (2001), and They (2002) (They is terrible, I promise. Don’t watch it).  What I loved most about Fear Footage (2018) was that it came packaged in an “Evidence” bag, along with a letter with fake blood on it. I got the idea that with the extra theatrics that this movie would be anything but promising…and I was right. That’s also what is so attractive about the Found Footage genre, it’s that same gamble on whether or not it’s going to be a ride worth the wait. Although Fear Footage won’t make my top list of films in the genre, it had its moments and it might be a decent one to throw on in the background of a gathering or something. We aren’t the only creeps who do that, correct?

What pairs perfectly with a questionable B movie on a Friday night? Pizza! For tonight’s post we decided to try our hand at Butter YourBiscut’s recipe for Garlic Roasted Tomato Flatbread, as we are *attempting* to eat better. I know, I know, not really pizza, but I am pretty sure you can add pizza sauce to this and: BOOM, pizza! We did make some minor tweaks to our version of this yummy dish:

-Subbed mozzarella cheese for vegan mozzarella (we used Daiya)
-Subbed Italian seasoning for basic salt, pepper, and oregano
-Used a regular pizza crust because Kroger is anti- naan bread, apparently
-2x the amount of garlic listed
- Aaaand completely forgot the fresh basil. Even though I had some growing in a pot in the office. Oy! 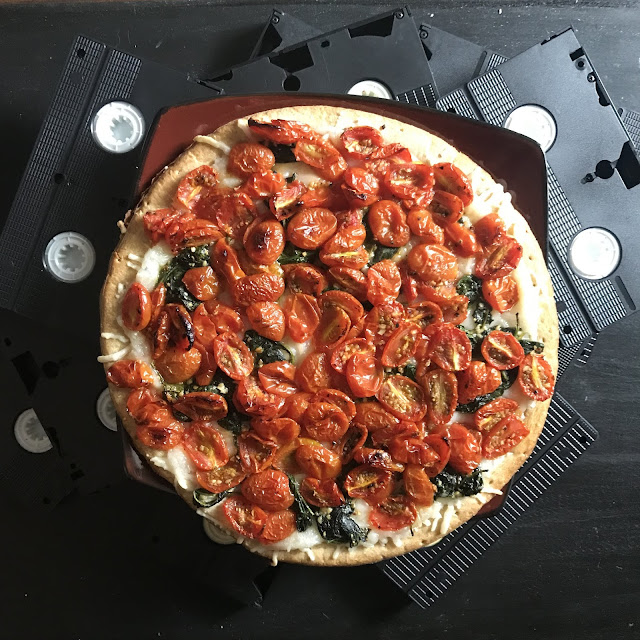 Also, after photographing the impostor ‘za aka: Flatbread, we sprinkled some red pepper flakes and vegan Parmesan cheese and it was an excellent choice. 10/10 do recommend.

Although August is sneaking up on us, we are doing our best to attempt two posts per week for you creeps, so hopefully we can stick to that plan. In the meantime, you can always catch up with us in our Facebook group: Coven Creeps, located right on our Facebook page. For more spooky shit in your feed, be sure to follow us on all forms of social media @FoxyCatCoven. Until next time, keep it creepy, kids!