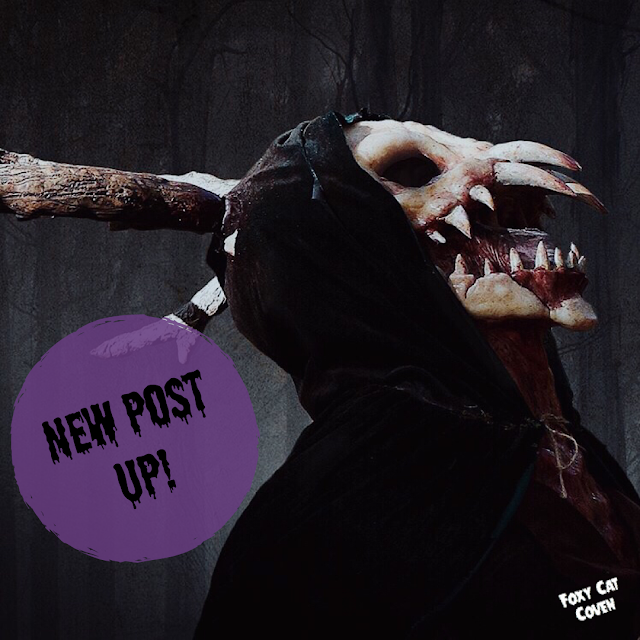 “There is a price to pay for eating flesh in these woods.”

Sara: Growing up in in the Midwest, there isn’t much to do outside of living near a big city. Which is why many a summer vacation was spent in northern Michigan at relatives’ homes, surrounded by woods. Days were usually spent exploring said woods in the safety of the daylight, while evenings were spent around a campfire scaring the shit out of each other with terrible stories. Then, when bedtime finally rolled around, it was a never-ending game of: Do you hear that? There’s something in the woods! There was a bigger chance of getting terrorized by a raccoon than a man-eating beast with furry body, long sharp fangs, and striking horns growing from its head. Thus, stemming by obsession with the evil spirit of Algonquian folklore: The Wendigo.

The Wendigo was gaunt to the point of emaciation, its desiccated skin pulled tautly over its bones. With its bones pushing out against its skin, its complexion the ash gray of death, and its eyes pushed back deep into their sockets, the Wendigo looked like a gaunt skeleton recently disinterred from the grave. What lips it had were tattered and bloody. Its body was unclean and suffering from suppurations of the flesh, giving off a strange and eerie odor of decay and decomposition, of death and corruption.

Sounds terrifying, amiright? Which is why ever since Netflix’s The Ritual (2018), which featured not a Wendigo as I had hoped, but another creepy-ass creature, I have been on the hunt for some Wendigo horror. Upon a Google search, there are a couple of low-rated flicks I can check out, but it’s always disheartening to see movies such as Pet Sematary (1989/2019) listed when there was more Wendigo action in that one episode of Charmed (season one, episode 12). Thankfully my horror-bud @The_DeVaughn responded to one of my angsty Wendigo tweets with the suggestion of checking out Crypt TV’s The Mordeo (2019), supposedly inspired by the mythical creature; which is exactly what we did. 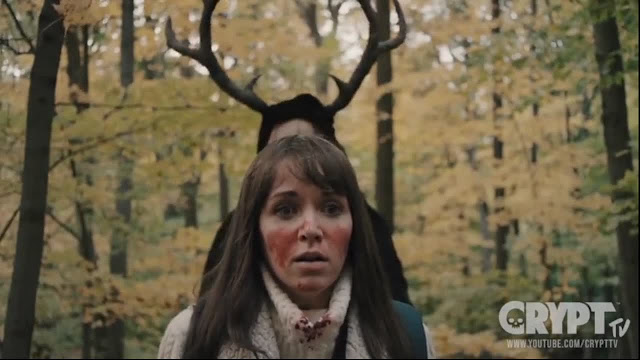 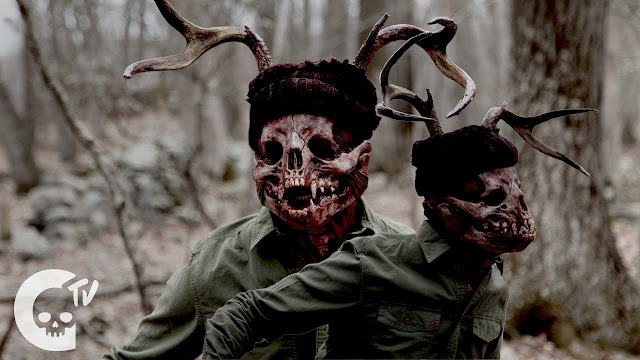 Jeremy: I wasn't too particularly familiar with Crypt TV before checking out Mordeo. While i'd come across the name a few times, it being associated with Blumhouse Productions (AKA the current production company of the Halloween franchise), i'd never taken the time to give it a look-see, with content from streaming services like Shudder taking up most of my attention, i'd never really had the time. Until this week, when it was Sara who discovered that Crypt TV put out a few short episodes centered around the mythical beast known as the Wendigo, called the Mordeo for the purpose of this show. While these episodes just dropped within the last couple months, Crypt TV has actually been around since 2015. Founded by Jack Davis and famed horror director Eli Roth, Crypt features a variety of short horror films with a vibe similar to that of Creepypasta; that is, creating it's own horror icons, with their own mythology and worlds to play around in. Some of these creatures include The Birch (a sentient tree), The Look-See (A sharp-toothed grinning demon), and the Sunny Family Cult.

As for the Mordeo, for being just shy of twenty minutes for its first season, I liked what i've seen so far! I'm curious to see where they take things next season as it seems these first five episodes were all about demonstrating what the Mordeo can do, and how much of a threat it can really be. While I may prove to just be a hopeless optimist here, I found the concept and look of this creature needs to absolutely exist in a full-fledged horror film. There wasn't a lot of time to build tension in each segment, but the thick veil of dread of the woods that prevailed through the course of the season could easily be expanded upon to greater effect. If there's one improvement i'd recommend for the next season, it would be to focus the story onto one central group of characters, flesh them out just a bit more, and give them even more terrifying scenarios to overcome (i.e. more cult members, parallel dimensions as suggested by the broken compass).


Sara: My verdict? Mordeo had an excellent setting, and although I always pictured a Wendigo with a more animalistic body, rather than human, the Mordeo inspiration with the human body of its victims was eerie and well-done. The dialogue was a *bit* cheesy, not going to lie, but if you are looking for something along the lines of folk-horror, this spooky-woods mini-flick is perfect for you.

Have you seen Mordeo? Have a favorite Crypt TV monster? Drop us a line! Either below or on any of our forms of social media at @FoxyCatCoven. We will have another post up for you over the weekend, but until then you can join us in our Facebook group: Coven Creeps, located right on our Facebook page, for all things spooky, weird, and nerdy. Until next time, keep it creepy, kids!