Jeremy Voorhees And The Camp Bloods 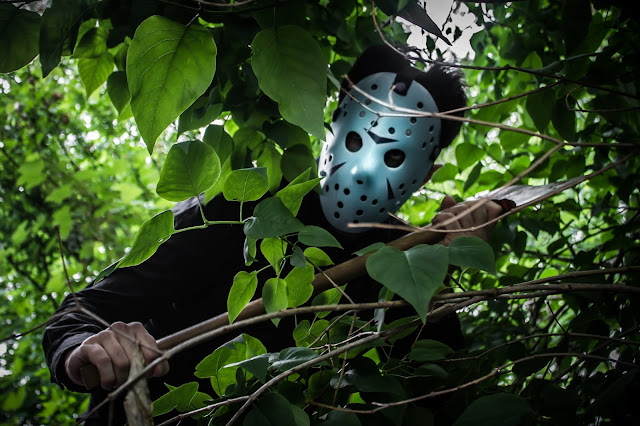 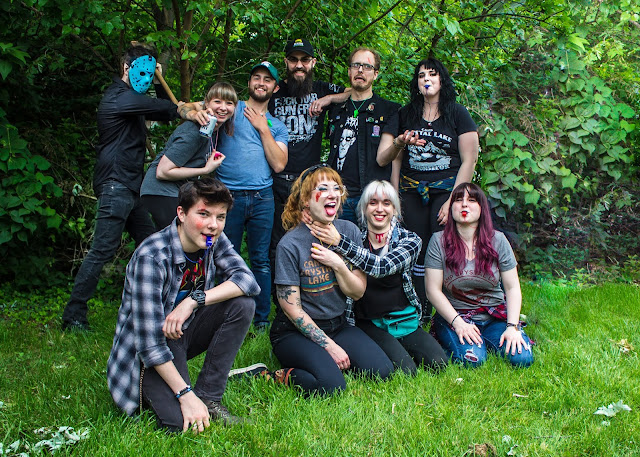 If you think it means bad luck..YOU DON'T KNOW THE HALF OF IT. You'll wish it were only a nightmare...They were warned...They are doomed...And on Friday the 13th, nothing will save them!

Sara: When Jeremy said that he wanted to do a backyard party at our friend's house for his birthday, I was all about it because as per usual, we were going to have a theme. Last year's theme for Jeremy's birthday was Halloween in June, and this year we had to do something different, and he chose Friday the 13th! We had all of the guests dress like camp councilors, and we got them some cheap whistles because that's really all you need to be a camp councilor at Camp Blood, amiright? We then played as many of the movies from the Friday the 13th franchise on the TV in the garage, had our friend Anne (who did our Wednesday Addams shoot earlier this year) come out and do a little shoot of Jeremy murdering us. 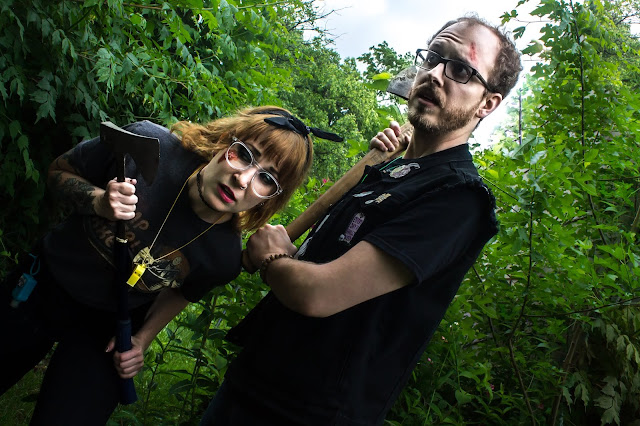 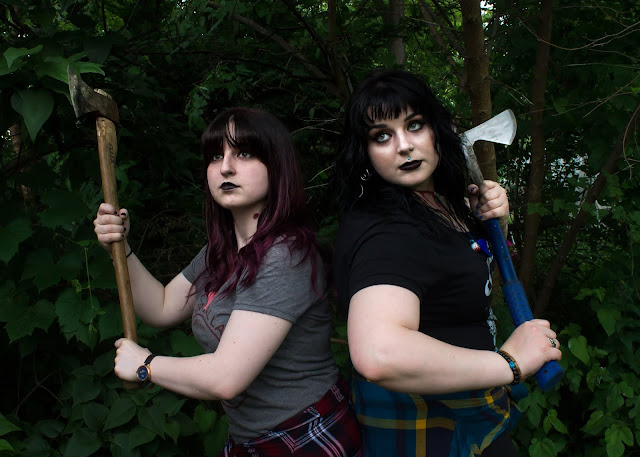 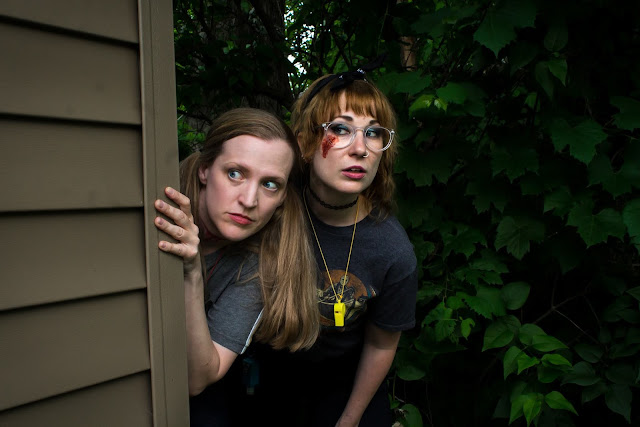 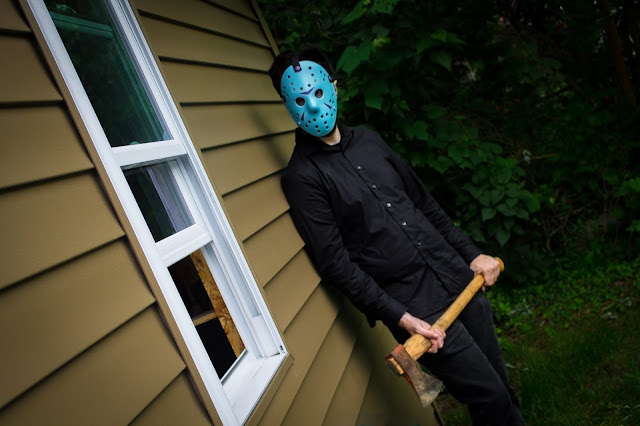 Jeremy: In supplement to last years post on Sara and my trip out to Krystal Lake Campgrounds, we wanted to do more of a group  effort this year! While we don't the pleasure of another Friday the 13th holiday this summer (that is, until September hits), we wanted to at least provide you creeps with something related in the meantime. The blue Jason Voorhees mask i'm using in this shoot is based off the "Retro Jason" design found in Friday the 13th: The Game (itself a throwback to the Jason sprite found in the original 1980's Friday the 13th name for the Nintendo Entertainment System). While our horror apparel collection is consistently growing, these photoshoots have consistently inspired us to take on the persona's of other iconic horror villains/heroes. With time we hope we can bring you even more of the same, with shoots inspired off franchises like A Nightmare on Elm Street, The Texas Chainsaw Massacre, or (fingers crossed) the Halloween classic: Trick R Treat! 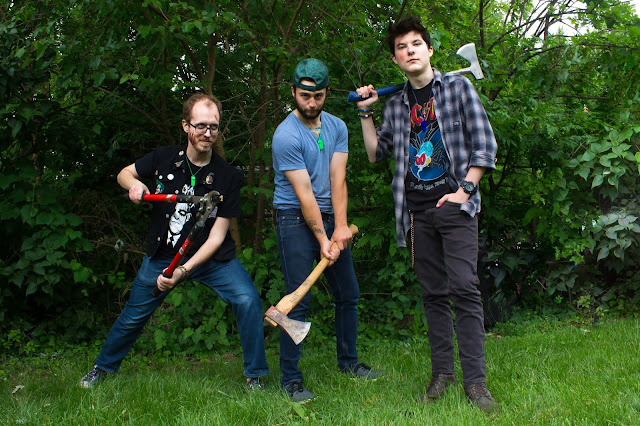 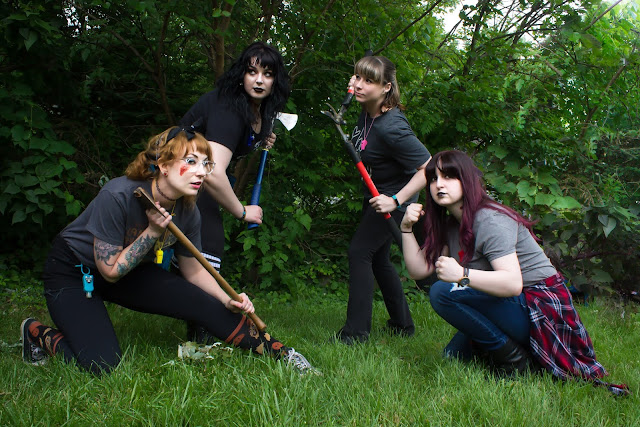 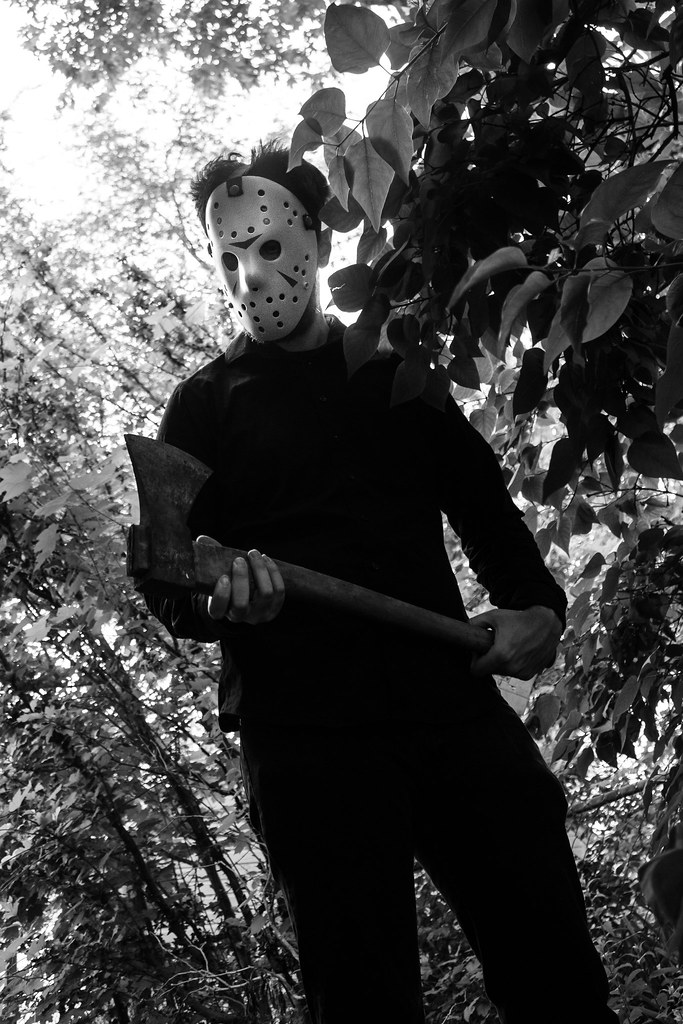 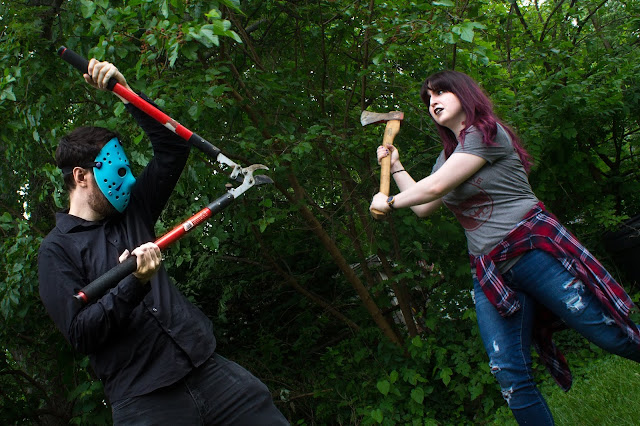 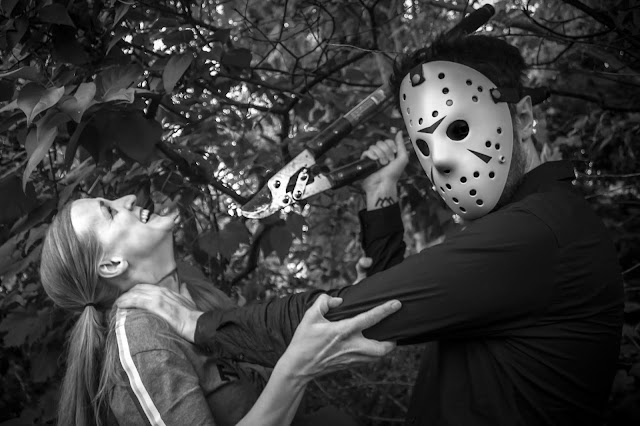 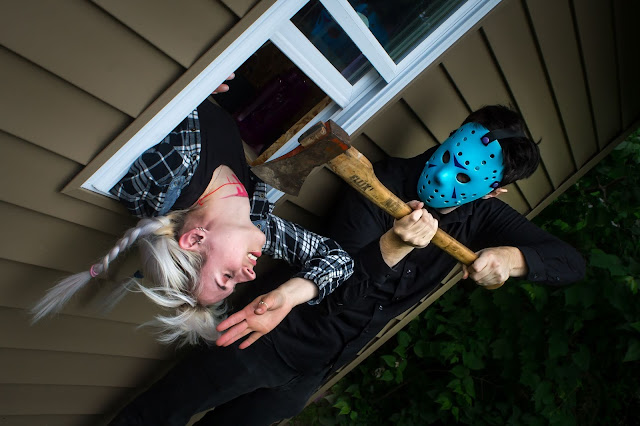 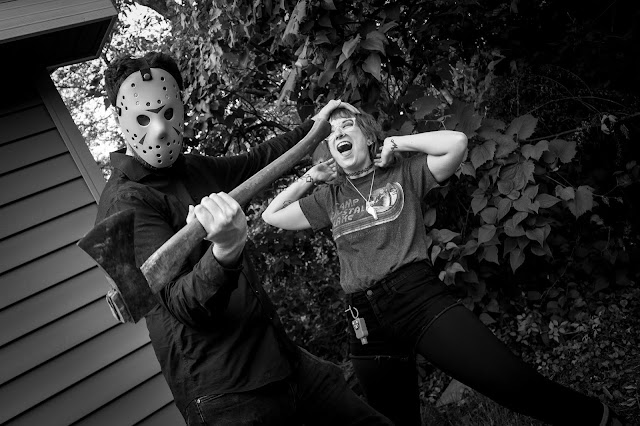 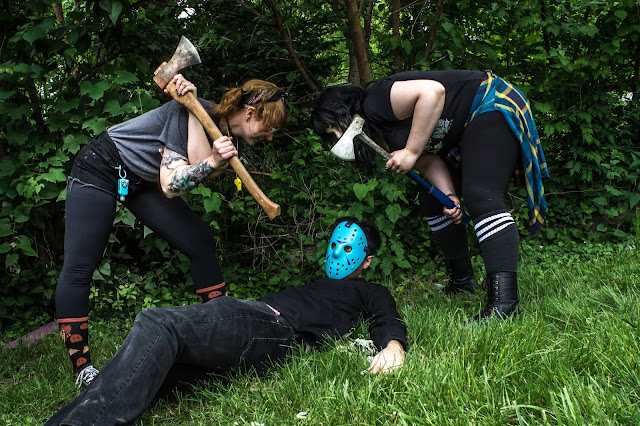 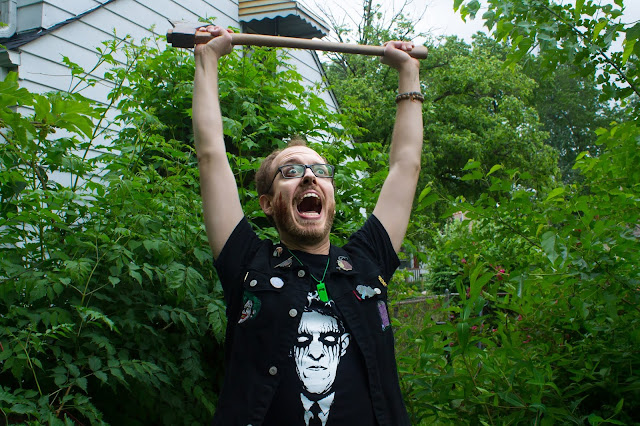 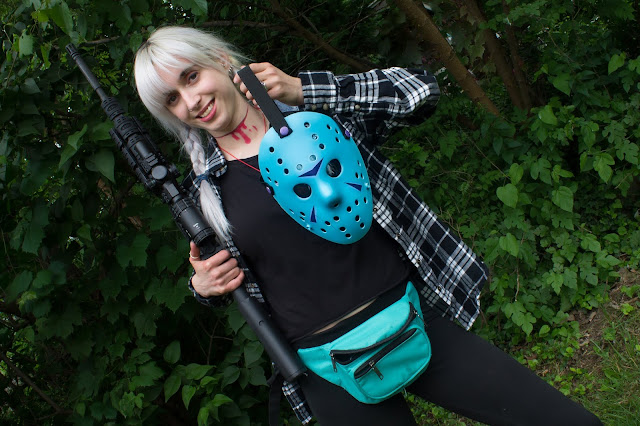 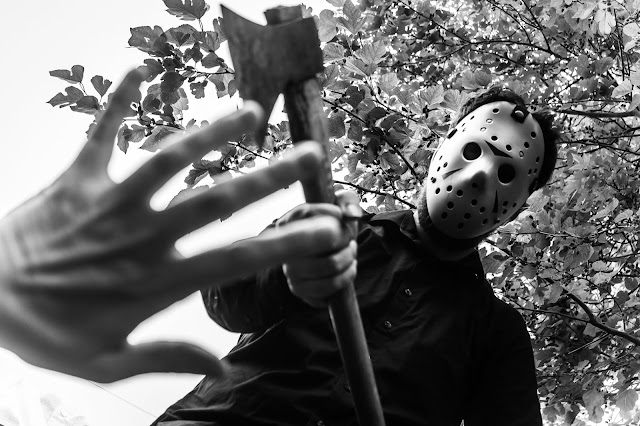 Sara: Friday the 13th is not a new theme on this blog, and you can find all of our previous posts via the search bar. We even made a Jason Voorhees cheesecake last year. We hope that you creeps are having an amazing summer, and catching all of those horror flicks in theaters, or the drive-in, if you are lucky. In the meantime, you can have more spooky stuff in your feed by following us @FoxyCatCoven on all forms of social media, and you can join our Facebook group: Coven Creeps, located right on our Facebook page. Keep it creepy, kids! 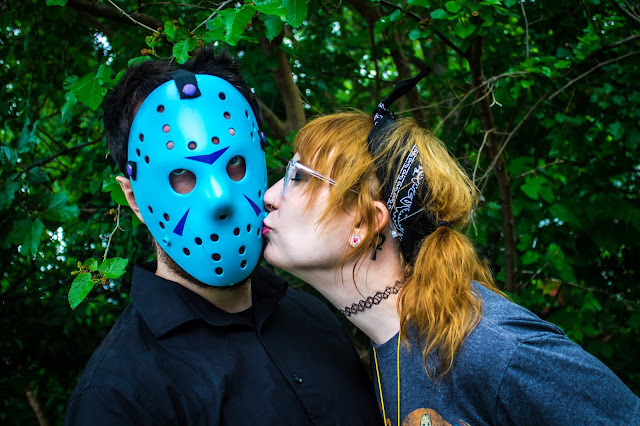