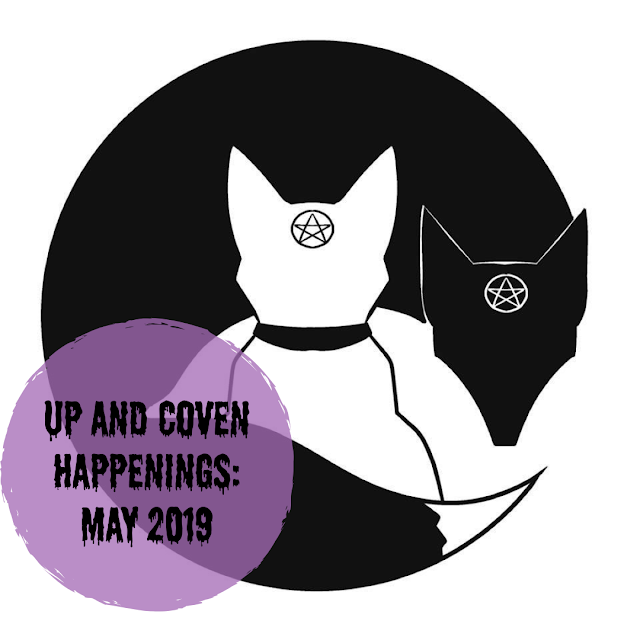 Sara: Happy May, Creeps! First off, we owe you an apology for being so quiet over the past month. Things have been hectic here at the coven, however, for a good reason: we moved! As many of you may know, it has been two years since Jeremy and I have had the chance to live on our own, and we scrimped, saved, and hunted down the perfect apartment for our needs. Between moving, unpacking, organizing, I have mainly spent most of my “free” time working from home and playing LEGO Star Wars: The Force Awakens on Nintedo 2DS (10/10 do recommend) and worshiping at the house of Joe Bob Briggs. So sadly, I have no new spooky things that I am currently into this month. The good news is: our little coven has grown! Our guinea pig herd has grown, and ThePrincesses of Doom now have a little brother: Odin. Odin was my brother’s guinea pig but thought that he would be better off with us so we adopted him. He doesn’t have a spooky name, but he is pretty sweet and fits in with our furry potato family.

We are still working on cleaning and organizing our new space, but we will be doing a coven tour at some point. We still have to move our smaller TV over, but it was pretty sweet to watch the original Halloween on VHS on my little TV/VCR combo that I have had since I was a sophomore in high school the very first night in the place. I definitely managed to get another tape stuck in it the very next day, so I might have to make a sacrifice to the VHS gods this week to get it back out. Don’t worry, I will keep you creeps posted. 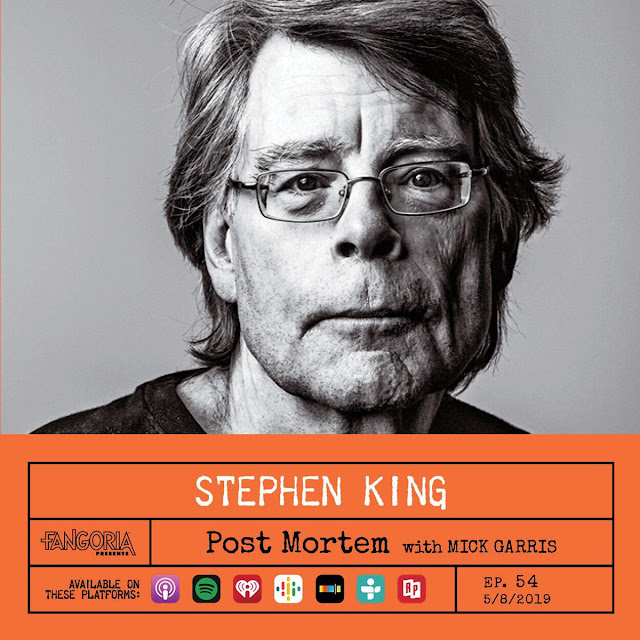 Jeremy: As we settle back down into things after the truly hectic month that was April, with drive-in season and summer horror blockbusters on the way, we're back and ready to scare along with you creeps! Over the past month i've had several new obsessions, the first being in the form of a couple horror podcasts i've discovered. One, in fact, that i'm currently listening to as I write this up: One of premier horror magazine Fangoria's sponsored podcasts, "Post Mortem with Mick Garris." If you've never heard of him before, Mick Garris has been a huge player in the horror community for over thirty years. His major directing credits include a variety of Stephen King TV/Film adaptions including: The Stand mini-series (1994), Sleepwalkers (1992), The Shining mini-series (1997), and more recently, Bag of Bones (2011). With Post Mortem, Garris hosts hour long, in-depth interviews with many key horror actors, directors, and screen writers, providing his own vast knowledge of the industry, inter cut with his guests behind the scenes knowledge and past life experiences. With special guests of the likes of Eli Roth, Rob Zombie, Cassandra Peterson, and, as of yesterday, Stephen King, I've found Post Mortem to be the most extensive collection of interviews with some of horror's finest creators out there. Check it out on Spotify, and be sure to look out for new episodes every Wednesday.

Another podcast i've been sinking my fangs into, as of just last week in fact, is called "Halloweenies". Apart of what is known as the Consequence Podcast Network, Halloweenies is a relatively new podcast that covers a topic that, while not exactly a new one, is one that you rarely see so extensively looked at. The first set of episodes take an extremely close look at the Halloween film series, each covering a single film for sometimes up to three hours long per episode. With so much material touched upon, i've considered these episodes to be as close as possible to the last word on the Halloween series as it stands today. After closing off with a ranking of the entire Halloween series up to David Gorden Green's Halloween (2018), the podcast has shifted focus this year to looking at the Nightmare on Elm Street series, with as much dedication and care as they gave to the outings of Michael Myers. Currently they are up to 1987's A Nightmare on Elm Street: Dream Warriors, so I encourage anyone to get caught up now, give them a subscribe, and look out for more Freddy as the year goes on. 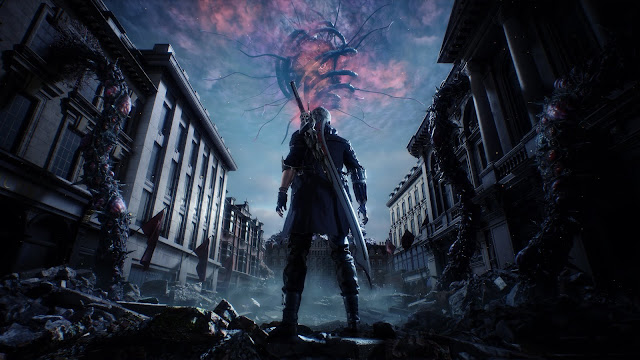 Outside of horror podcasts getting me through the daily grind, I continue to be one of the worlds slowest readers, as I make my way through Anne Rice's The Vampire Chronicles series with The Vampire Lestat. So far, my first impression, having made it through about a fourth of the novel, leaves me with the feeling that i'm reading something that is even more engaging and deep than her previous, and still excellent, Interview With The Vampire. Many have expressed to me that Vampire Lestat is their favorite of the series, and I feel as though I can already see why. But when i'm not indulging in some 80's vampire shenanigans, i've been currently playing through the demon hunting video game series, Devil May Cry. Making my way through the first four games after the incredible reception that DMC 5 has received since its release last March, it's been one hell of a metal ride. For those looking for fast-paced hack and slash action inspired by gothic and Lovecraftian horror, look no further than the dual-wielding guns blazing, sword slashing action found in every DMC entry, all being available on both PS4 and Xbox One.

Sara: Piggy-backing on Jeremy’s podcast love, one of our favorite horror podcasts, Nightmare On Film Street started doing these cool little mini episodes in-between their normal ones. These are especially cool because they give you the movies they plan on talking about the following week so you get a chance to watch them beforehand, and also a bit of time to talk about anything new that might have come up on the horror front-which, let’s be honest, there is ALWAYS something to talk about. Anyways, I am a fan of this update. Speaking of new things in horror to talk about, this month I we get the much anticipated IT: Chapter 2 trailer tomorrow! I am so on the fence because trailers have been a bit spoilery lately (looking at you, Pet Sematary!), but I can say that I am all aboard the hype train for this film because I really loathed the second/adult half of the original 1990’s version of IT. I am really liking the cast so far, so I am hoping that they pull through and make for a solid Chapter 2. I am also pretty stoked to see Ma this month. I saw someone leave a comment on the trailer on Facebook saying something like, why would a bunch of kids party with a random lady at a house they have never been to, and someone else responded with: ever been to the Midwest? Kids will party with a keg in a field. Growing up in the Midwest I can 100% confirm that this is true. 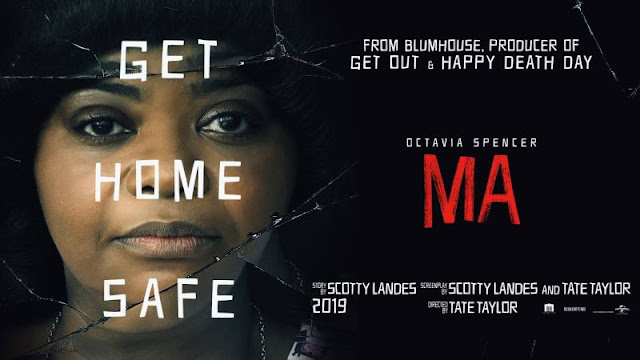 Before we wrap up here we will leave you with some spooky recs for this month, but if you have any for us please feel free to hit us up on all of our social media @FoxyCatCoven, and don’t forget to join our Facebook group: Coven Creeps, located right on our page. Until then, keep it creepy, kids!

May (2002) - "A lonely young woman traumatized by a difficult childhood and her increasingly desperate attempts to connect with the people around her is sent into a murderous tailspin."

Creepy Co. -For your spooky-collectible needs

Diabolik DVD - Demented Discs from the world over
Coven Happenings