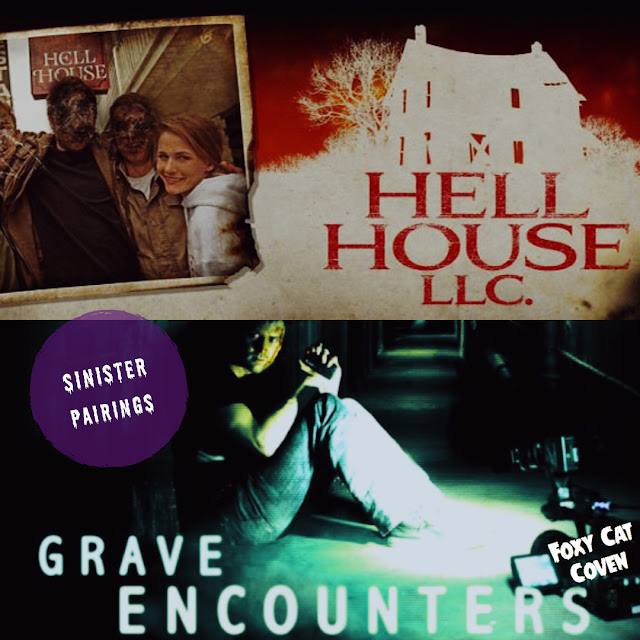 Jeremy: Today I wanted to talk a little about an, at times, lesser loved sub-genre in the horror community: Found Footage. While The Blair Witch Project is typically cited as the inciting incident that kicked off the popularity of Found Footage, it wasn't until the late 2000's (Specifically with 2009's Paranormal Activity) that a rush of films looking to cash in on the format hit both theaters and VOD. As with the slasher craze of the 80's, the found footage craze meant filmmakers could churn out cheaply made, amateur films that people could easily forgive some of their shortcomings (Shaky camera, static effects, should they really be filming this, etc.).  Even now we are still feeling the after effects of that craze, one which seems to have died down the past year or so. But in the sea of mediocrity there is always bound to be at least a handful of cult classics. Two such found footage films i'm going to be touching on here, Hell House LLC and Grave Encounters, in a pairing I like to refer to as, "Entertainment Gone Wrong". 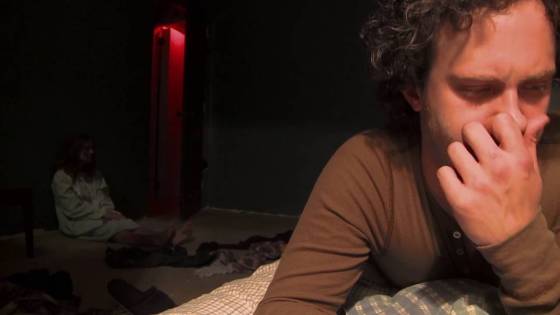 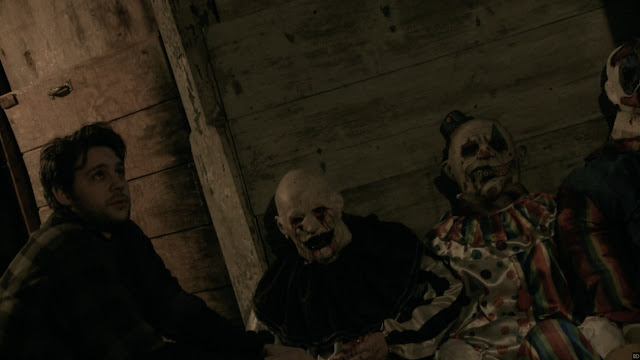 Hell House LLC follows a traveling group of haunted house creators preparing for the opening of their next Halloween attraction in the small town of Abaddon, New York. Choosing to reside at the decrepit and supposedly haunted Abaddon Hotel, the team document their progress as they fix up the hotel, adding in plenty of creepy clowns, an undead bartender, and all sorts of other cheesy special effects. Things take a turn for the worse, however, as nights at the Abaddon grow increasingly more terrifying for the crew, cultivating in a chaotic Halloween opening night. The films jumps between the Hell House footage and its aftermath, where interviews are given by those who attended opening night and those who are trying in vain to solve the mystery of what happened at Hell House. This one was introduced to me by Sara last year and I immediately fell in love with it. Hell House LLC is an effectively scary film that knows how to creep you out without relying on a single cheap scare. Featuring performances that feel genuine enough to constantly feel like the actors are reading off script, there's a serious level of believability that elevates the choice to shoot this as a found footage film. Particular creepy factor goes to two scenes: One involving the camera man Paul as he awakens unaware of a ghostly demonic girl sitting right behind him, and an earlier encounter with one of the clown costumes seemingly coming to life, its dead eyes staring down into the basement of the hotel before turning its head to glare into the lens of the camera. Definitely give this one a look at, especially during the Halloween season. As of now, Hell House LLC can be found on Amazon Prime, as well as it's sequel, a film that you conversely should run away as fast as you can from. 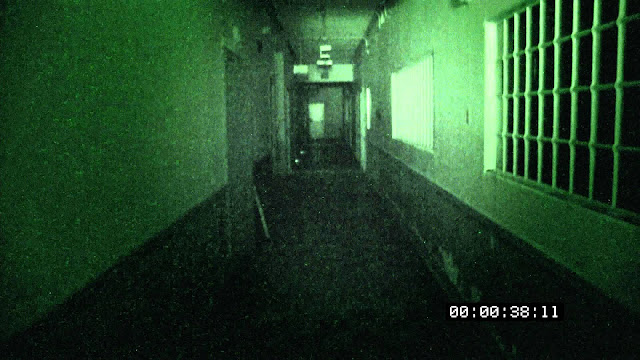 Next up we have Grave Encounters, a film released right at the height of the found footage craze. Taking inspiration from such paranormal reality television shows as Ghost Hunters (2004-2016), Grave Encounters follows horror TV host Lance Preston and his crew as we the audience are viewing the footage of their sixth and final unaired episode. Taking place at the abandoned Collingwood Psychiatric Hospital, where many instances of paranormal activity has been reported since its closure, the grave encounters team lock themselves in for the night in the hopes of catching some genuine ghostly activity on camera. Unlike Hell House LLC, Grave Encounters takes little to no time in building up to things going wrong. Encountering the ghosts of former patients, psychotic doctors, and time loops akin to The Blair Witch Project, Lance Preston and his team encounter far more than they bargained for in this fast-paced, CGI-ridden thrill ride. While i'm personally not a huge fan of the overuse of what I would call, "The stretchy demon scream faces", that every baddie loves to jump scare us with, I've felt its become easier to overlook the more times I return to this film. What elevates Grave Encounters for me is it's dedication to keeping the scares coming, and in a great variety of ways. Unfortunately though, i'm going to have to say that, like with Hell House LLC, you'll want skip out on the sequel to this one. While possessing a similar aesthetic to Grave Encounters, GE2 does nothing to stand out from its predecessor, possessing none of the first films mystery and intensity.

So the reason for pairing these two films is pretty straight forward, found footage films based of a piece of reality entertainment gone wrong. Add in cult-like groups of ghosts terrorizing our cast of protagonists in both films, after the fact events where the public can't seem to explain the events of the found footage, and a lead who will stop at nothing for the success of his business in the face of unexplained phenomena. Both excellent films of the found footage sub-genre, and one's you should absolutely not miss out on.

We're very sorry for the huge shortage in posts this past month as we've spent nearly all of April in preparation for moving this weekend. Of course, once we get settled in, we have a ton of ideas and posts we've been holding off on writing that we'd love to share with you creeps as soon as possible. This last weekend we were able to spare a Friday night checking out Motor City Nightmares over in Novi, MI, and meeting up with our follow horror fiends, Plug Uglie, who you, as always, should absolutely give a follow and consider purchasing something from their fantastic line of pins and apparel (Featuring art from such films as Mandy, The People Under The Stairs, and Goosebumps!). We'll be back at you again soon but in the meantime don't forgot to give us a follow over on Instagram, Facebook, and Twitter! And for more of that sweet horror content, we have a dedicated Facebook group for anyone one to join, under the title "Coven Creeps". But until next time, keep it creepy!
Media Massacres Sinister Pairings