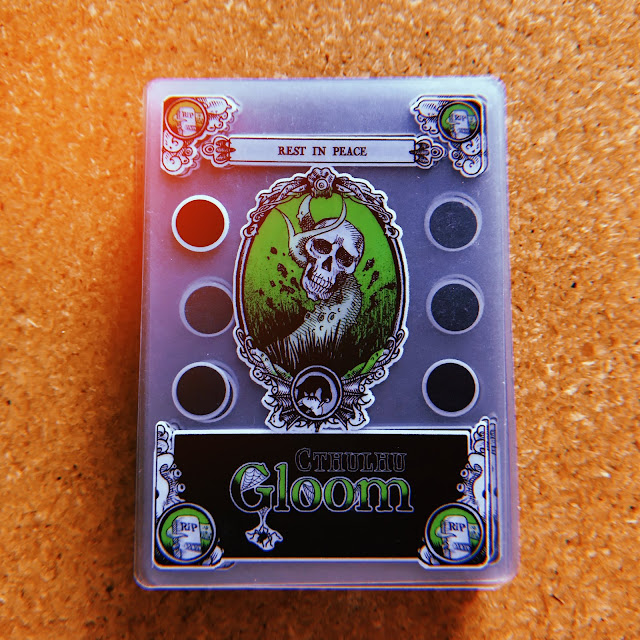 "From Dunwich to Innsmouth, from the halls of Miskatonic University to the Charles Dexter Ward at Arkham Asylum, trouble is in the air. The stars are almost right, and terrors from beyond space and time are beginning to break through. When Cthulhu rises, we're all doomed – but whose downfall will be the most entertaining?"

That's the setting for what card game we're going to be reviewing today: The H.P. Lovecraft inspired Cthulhu Gloom. While i've always preferred Edgar Allen Poe in the realm of "Old timey spooky writers" over H.P Lovecraft (enough to dedicate my first tattoo to his visage), for the fact that Lovecraft created the stories to some of my favorite horror films of all time, his works have always been an essential batch of reading for me. From Re-Animator, to From Beyond, to The Call of Cthulhu, his influence has permeated the world of horror in countless mediums from video games, to films, and, for the purpose of this review, card games! I'm going to come out and admit that although we've dabbled with several card-based trivia games on here, i've never been a huge fan of card games involving strategic planning in order to claim victory (i.e. games like Magic the Gathering). But over the past year, as I find more and more people who swear by them, i've opened up a bit more to learning the concepts of several different card games, often over plenty of frothy pints. The H.P Lovecraft edition of Gloom (titled Cthulhu Gloom) was the first of these games introduced to me by our friend, Aaron. And playing to my ever expanding urge to learn more and more about the surprisingly deep Lovecraft universe, this was the perfect way to indoctrinate me into strategic card playing.

After quite a few times of suggesting we play Cthulhu Gloom, i've come to realize i'm pretty in love with this game. Even to the point of having a set of favorite characters, with Herbert West (Re-Animator) being my first choice every time. Because I don't have a specific family that i'm crazy about (families being something Sara will explain in more detail below), most of my five characters each come from a different family. While my choices in characters don't necessarily affect the outcome of the game, my inclination for being represented by eccentric, oddball characters is an aesthetic choice that i'm all about. Something I really appreciate about Gloom is that the learning curve isn't steep at all, and I believe it only took me about two to three games in order to not have anyone "Go easy on me" anymore. I would say, however, it's a game that you need to be invested in learning on your first play-through as it can come off as a bit daunting if you're looking for something casual like Uno.

To me, Cthulhu Gloom is a perfect mid-way point between casual card gaming, and competitive. With only one expansion pack to it, there's no dropping hundreds of dollars on booster packs or trying to build a perfect deck. Just figure out which characters you'd love to be represented by, learn how the cards and how you can screw over your opponents works, and get to causing some good old fashioned misery. However, if there's one flaw I could highlight this late into learning the ins and outs of this game, it's that the more you love it, the more you wish there was more cards to be added to the deck. A little of a paradox when you're trying to not spend as much money as you would on your average competitive card game, but a feeling I had nonetheless. Be that as it may, and with the many other variations of Gloom out there to explore, you'll most definitely always find me down to play in the years to come. 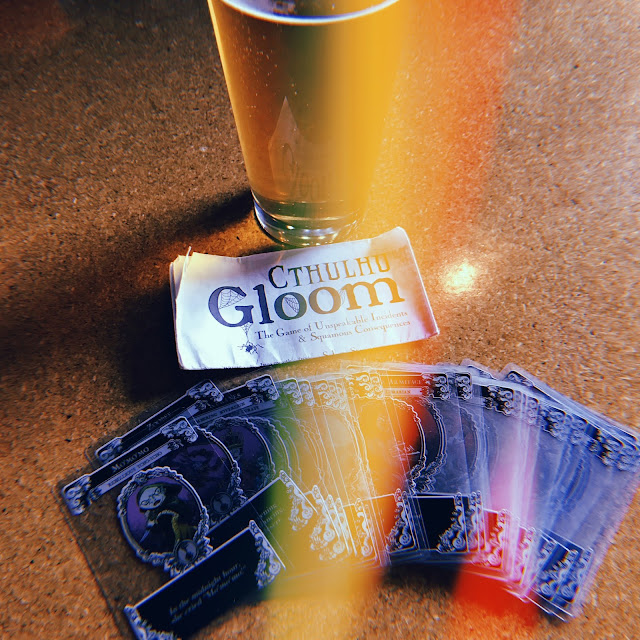 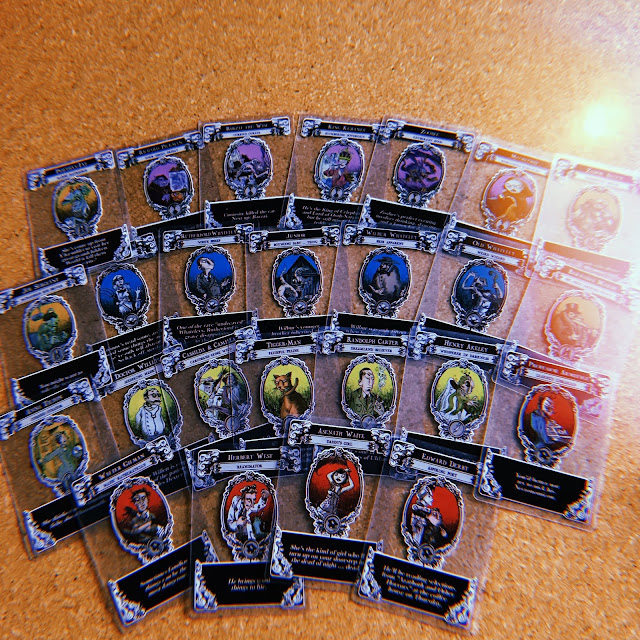 Sara: In the game of Gloom, you control the fate of an eccentric family. The goal is to create as much misery for each character, causing them to have negative points, before killing them off. The person with the most negative points on dead family members at the end of the game, wins. Seems pretty simple, until you add in events, which can alter the points not only on your family members, but the other players as well. If that isn't frustrating enough, there are also events that cause you as well as the other players to discard one, two, and sometimes, all of the cards in your hand, causing you to have to restart your strategy. Your strategy is of course to make sure that the other players have less negative points than you do, and that they do not kill off their family members before you have collected enough negative points. A very helpful video by Roll For Crit can be found here.

What I admire most about this game, is that with each point, event, or untimely death given, it adds to the family's story. By the end of the game, these families have seen some things. Most of our Ghoulish Game Reviews tend to center around portable games, as we live in a very small space. We also are suckers for a decent happy hour, so saddling up to the bar with our pints and a game is loads more fun than flicking through our phones (I do that enough at work). With each game lasting about 30 minutes to an hour, its a great way to be strategic on how to torment your friends several games in a row. 10/10, do recommend.

It's Friday, the start of the weekend and we have some spooky stuff to work on for future posts for  you creeps! We finally got a chance to see Greta, and it's been great hearing all of your thoughts on it in our Facebook group: Coven Creeps, so send us a request if you'd like to chime in! Otherwise, let us know what kinda spooky shit you're up to this weekend, we love hearing from you. Hit us up on all forms of social media @FoxyCatCoven, and until next time, keep it creepy, kids! 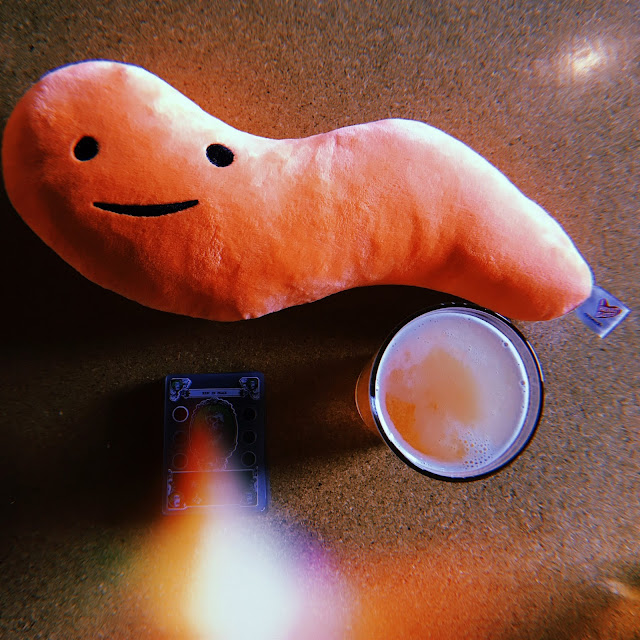