Our Review Of The Haunting Of Hill House: Season One

Sara: Flashing between past and present, a fractured family confronts haunting memories of their old home and the terrifying events that drove them from it.

Created by Mike Flanagan, (Hush, Gerald's Game), The Haunting of Hill House is a supernatural horror series based off of Shirley Jackson's novel of the same name. Both Jeremy and I read the novel last year in anticipation for this Netflix series that debuted last fall, however, with autumn being the busiest season for us creeps, we didn't get a chance to watch Hill House until the start of this month. We had somehow managed to avoid spoilers, and with both the novel and a viewing of The Haunting (1999) fresh under our belts, we went into this series with eager minds. With a cast choc-full of horror actors like Kate Siegal (Hush, 2016), Michiel Huisman (The Invitation, 2015, World War Z, 2013), Henry Thomas (Gerald's Game, 2017, Ouija: Origin of Evil , 2016), Oliver Jackson-Cohen (Dracula, 2013-2014), Elizabeth Reaser (The Twilight movies), and Lulu Wilson (Annabelle: Creation, 2017), you could say that we were pretty stoked. Did spooky-good things come to those who wait? Let's discuss!

The casting for this show was damn near perfect, in the sense that both Jeremy and I had a very difficult time telling some of the characters apart. There are three daughters; Shirley, Theodora, and Nell, all named after characters from the novel, as well as the author herself-which I found to be clever. With a total of five children, three of them being female, and the constant time-hoping, it took almost an entire episode to keep track of who was who. The biggest challenge was differentiating between the adult Theo (Kate Siegal) and the mother (Carla Gugino) because they look so very much alike in this series. Albeit, slightly frustrating at first, I have to commend the casting crew here, because I was convinced that they were related in real life. Because I am a sucker for aesthetic, I have to give my compliments to that first. I loved the filter and the palate of the set, the different shades of blues and greys created a very emotional and disorienting atmosphere that complemented the tone of the show very nicely. There were several moments of bright red, the door to the Red Room, articles of clothing on certain family members, etc that made for a jarring juxtaposition. These bursts of red on such a dark and subtle backdrop created unease, and drew all of the attention to the object very easily for the viewer. The house itself was eerily beautiful, and although I thought it could have been a little more creepy at times, the shots of it from a distance with the red, glaring lights in the windows were very effective in creating an unsettling effect.

Lets talk ghosts: There were several obvious ones throughout the series, The Bent-Neck Lady taking some instant internet fame, a clinically insane flapper named Poppy (my personal favorite), as well as some creepy ones like the very tall floating man, and ghosts who crawled into bed with the children at night. There were also some "hidden" ones, in the background of scenes with lots of dialogue, that played on the mind of the viewer almost like a subliminal message. Growing up watching series like Buffy The Vampire Slayer, and X-Files, I am used to sub-par supernatural effects in TV shows, however, I thought that this series actually did a decent job on the ghosts. My only complaint is that I wish there were more, or at the very least more of a focus on them.

My biggest complaint with the series, aside from wanting more ghost screen-time, was the drama. I didn't mind that one episode of the show focused on each of the family members, and how living in Hill House caused them to live with pain and suffering in adulthood, that's expected after everything they had to live through. My issue was that because of all of the time-hoping, a lot of scenes were shown from the different perspectives of each of the characters, taking the mystery out of most of those scenes, and leaving the explanations to be anti-climactic. One of my biggest complaints with horror, is over explaining  because it takes the horror away from the character or the situation. It got to the point to where I would call "twists'' before they would happen, something that I think could have been avoided if there was just a bit more subtlety with the backstories, and little bit more of terrorizing from the ghosts. 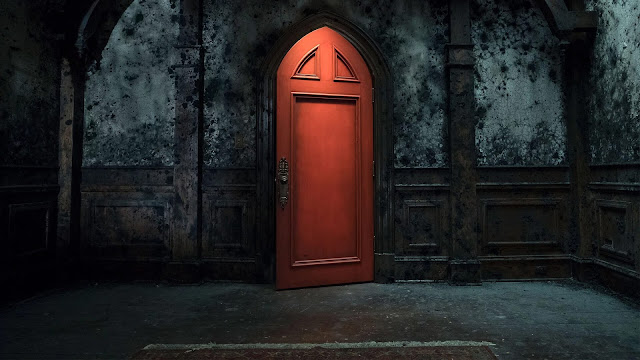 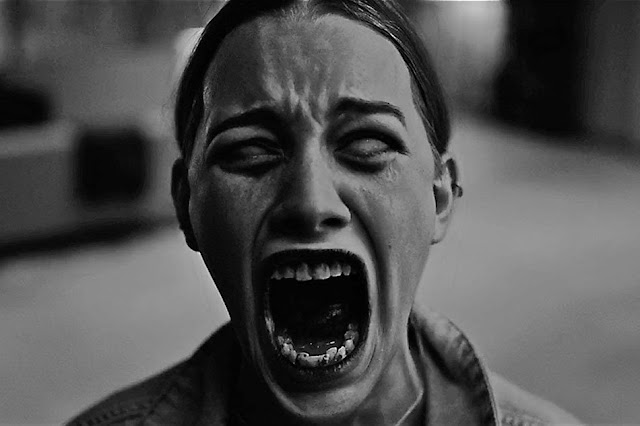 Jeremy: I find myself continuing to be of the firm opinion that Shirley Jackson's classic haunted house story, The Haunting of Hill House, is a story best left only to the pages it originally existed in. Being one of my favorite novels, and also bearing in mind i'm someone who doesn't always jump to a book being better than the movie, Haunting of Hill House has had a troubling history for me. I was first introduced to this story through the 1999 remake, simply called The Haunting, when it first released on DVD (actually the first DVD my family ever owned). Despite the DVD menu having godawful CGI effects, I was at least drawn in by the spooky, carnival like soundtrack, and a recognizable cast of lead characters. Long story short, the movie deviates heavily from the book, and unlike Sara i'm not much of a fan of it. I didn't even realize at the time that this was actually a remake of a 1963 film, also called The Haunting. One such film it didn't take me too long to track down, but one which I was probably better off avoiding. I know the original film has its fans, and while I can appreciate it sticking a bit more to the source material, I found it to simply be a serviceable adaption that doesn't feel as though it needed to exist. Save for a few scares, the film was pretty dull to me.

So when I got the news that The Haunting of Hill House would be entering the world of TV, my enthusiasm was quickly met with caution for being burnt several times before. This likely was the reason it took me this long to jump into the thing, and after a relatively short ten episode season, I find myself left in the same position I was before entering into this world again, just a little disappointed. Netflix's Hill House is not awful TV, but it just wasn't for me. The idea to focus heavily on the PTSD experienced by our cast of characters while swapping between time periods at random is a far cry from the tension building universe of its source. Hill House also doesn't seem to know how it wants to portray its titular house. Despite its clearly antagonistic ghostly inhabitants, the series is less focused on personifying terror, than it is focusing on the emotional drama that its characters face by rejecting the pull of returning home. In this way, Hill House is the hero of this world, despite every indication that the ghost of the mother, Olivia, is selfish for refusing to let her children live their lives out in freedom, several murders being committed by other ghosts, cultivating in a final monologue that changes the ending of the novel to highlight the idea of self-empowerment: "Those who walk in Hill House, walk together."

While it may rile up a few jolts from a casual viewer, I found this series to be almost entirely lacking in effective scares, especially during the later half of the season. While some of the designs of the ghosts, notably the Bent-Neck Lady and William Hill (who might as well be called The Tall Man), offer up some iconic imagery, a majority of the spirits are neither particularly interesting or all that frightening. And, to be honest, it wasn't required for them to be, the original terror of Shirley Jackson's novel came from the dread of the unknown/unexplained. Ultimately, despite the second season of this show being introduced as adapting a different story to the small screen (The Turn of the Screw by Henry James), I feel as though my enthusiasm has dissipated for seeing where this anthology series will go. With some interesting takes on expanding the Hill House story, I think this would've been better suited as a film sequel to this familiar story. Otherwise, there's far too much drawn out drama here to justify padding out ten episodes of a relatively simple tale.

What did you think of Mike Flanagan's take of The Haunting of Hill House? Are you now a die-hard fan or think it could've used some work? Or perhaps a film adaption instead? Let us know on any of our social media platforms and lets get the conversation going! With us now entering the month of March we've got plenty more for you creeps to digest coming to the Coven soon enough. But until next time, keep it creepy! 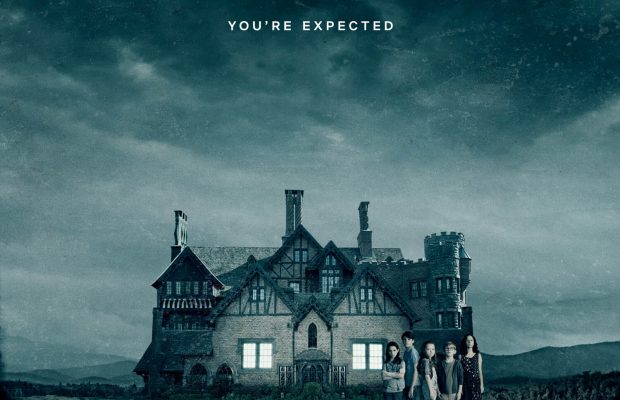