Will You Be My Devil's Kiss, Valentine? 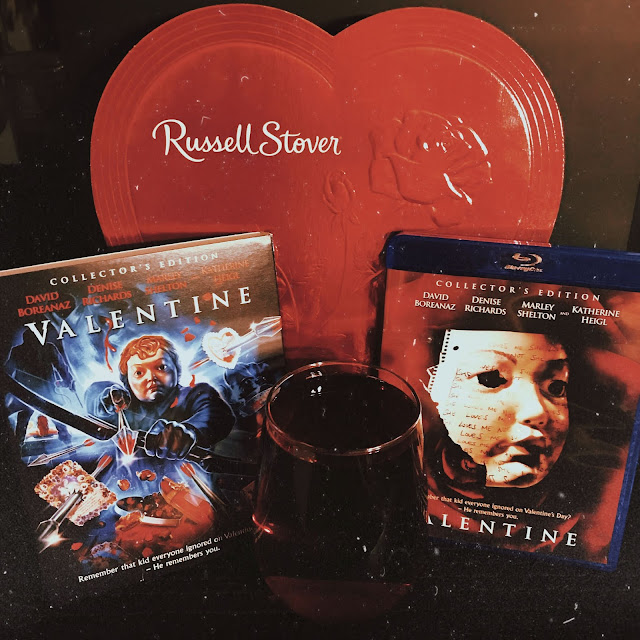 Jeremy: Every holiday seems to have a sizable amount of horror films based off of it. From Christmas and Black Christmas, Halloween and Trick R Treat, New Years and New Years Evil, there's something for everyone! Valentine's Day, within the horror community, is often designated as that time of year to binge watch both the 1981 and 2009 version of My Bloody Valentine to death. I personally have done this as far back as the release of the remake, and while I can't quite say this is a tradition that has gone stale, I did crave something a little different this year. But in my search for other horror films that would also pair perfectly for the holiday, I noticed a trend of the film i'll be talking about today, Valentine (2001), being at the top of nearly every list I came across. My memories of this film, one which came out when I was just barely about to enter high school, are limited. I remember the cupid mask, I remember that guy who plays Angel in Buffy was in it, and I remember that I, knowing nothing about the horror genre, thought it was pretty cool this was the first ever Valentine's themed horror film. That being said, it passed under my radar and stayed that way up until about a month ago. Sara was kind enough to recommend this film to me, and with a kickass Scream Factory release on the way, I figured that this movie, one which seemed to be in the same mold as other classic 80's slashers, would be right up my alley.

After a first time viewing last night, I can immediately say I really dug Valentine. I'm not often crazy about the early 00's aesthetic that every slasher film from this era was trying to hit home (teen pop vibes mixed with Marilyn Manson soundtrack), but I wasn't bothered by it here. What you have with Valentine is a classic, one-off killer, with a creepy mask that manages to be iconic without needing a ton of sequels. I got a real Terror Train vibe here too, especially with the opening credits scene, with the bullied kid being the catalyst for the mayhem that occurs throughout the film. That being said, Valentine is a pretty straight forward slasher film. The kills are creative, not quite Friday the 13th level creative, and the variety in weapons for each kill was an added bonus, with a sizable body count to go along with them. A huge favorite of mine, one which I won't spoil here, occurs during the beginning of the film, giving me real Autopsy of Jane Doe vibes. Where the film lacks is in it's lead cast. Not that a slasher film needs to have a particularly interesting set of victims, but when it takes me half the film to determine who is who, that can be a little confounding. Thankfully, this doesn't derail the film from its major strength in the aforementioned kills, and the killer who perpetrates them. And, oh yeah, that twist was pretty dope.

While i'm not sure if I would place it above My Bloody Valentine in terms of the quintessential Valentine's horror movie, Valentine is an excellent film for the occasion that should be on any horror fans watch list this month. Especially for those who are looking for a little less gore, and a little more suspense and fun, in the vein of other modern slashers like Happy Death Day or Hellfest. 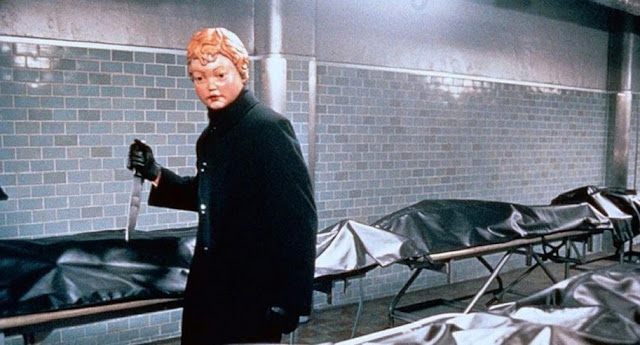 Sara: It is such a rare occurrence when we sit down to watch a horror movie that I have seen and Jeremy has not, that I can't help but savor every bloody moment. If you are a new reader here at Foxy Cat Coven, let me be the first to tell you about my favorite era of horror: late 90's to the early 00's, you know, most arguably the worst. This gem is choc-full of baby-faced actors before they hit it big, and as Jeremy mentioned it starred Angel from BTVS, so of course this one was a key ingredient for sleepovers back in the day. If you are a fan of Scream, Urban Legend, and I Know What You Did Last Summer, but want something a little less well-known? I would highly recommend this perfect cheesy-slasher of a film. If anything else, that mask slays (ha).

Speaking of Valentine, happy Valentine's Day, creeps! It is well known in the spooky community that Halloween is the superior holiday. However, having something to celebrate in the dead of winter can be an excellent cure for the winter blues. Celebrating with a loved one, or kicking it back with the girls for Galentine's, we have the perfect spooky drink for you. Our friend Wednesday came up with this so-delicious-its-deadly concoction a couple months back, and it has been a hit at gatherings ever since.

This one is pretty simple: All you need is some tart cherry juice (like this one available at Costco), and a bottle of prosecco.  Fill the glass two parts prosecco, one part cherry juice. Or, if you are bubble fiend like us, you fill the glass most of the way with booze, then add a drop of cherry juice. Either way, this blood-red concoction is delicious and is perfect for your Valentine's/Galentine's/or anti-Valentine's Day celebrations. Not to mention, we achieved a very dark cherry red hue with this drink that we felt was perfectly paired with a viewing of any Valentine's themed slasher.

Before we head out for the evening to hopefully catch an early viewing of Happy Death Day 2U (anyone else stoked for that one?), we leave you with a reminder of our Fresh Coast Tags hashtag game a week from today (that's Thursday, Ferbruary 21st) over on Twitter! Join us as we co-host with our friend BadBoxArtMarc for a special spooky tag next week at 7pm EST. All you have to do is follow along on Twitter. In the meantime, keep it creepy, kids!
Spooky Eats