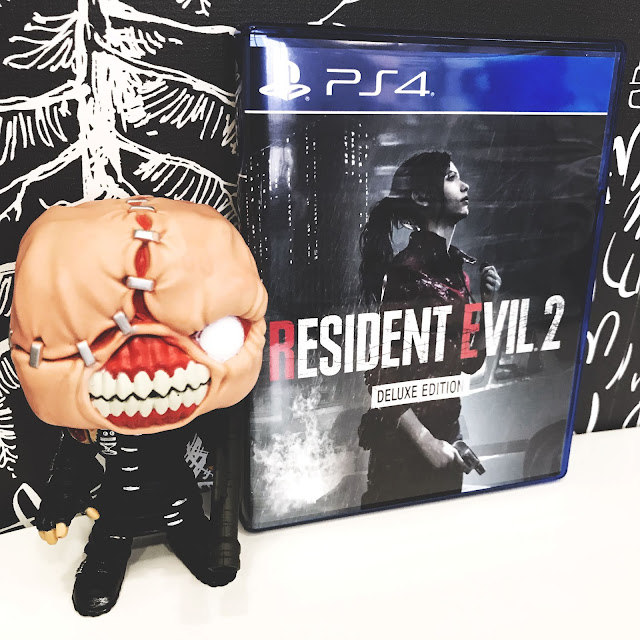 Jeremy: While the genre of survival horror in video games has been around as far back as the early 90's with such games as Sweet Home (1989) and Alone In The Dark (1992), it was arguably popularized with the release of the original Resident Evil back in 1996. This sub-genre of action adventure games was pretty self-explanatory in its definition by name alone: You, the lead character, are placed in horrifying scenarios inspired by horror fiction, where you must survive with limited resources against an onslaught of (in the case of the Resident Evil series, at least) zombies and mutated creatures. Anyone who's been willing to sit through me rave about this series will know that it's my favorite video game series of all time, bar none. With its combination of puzzle solving, incredibly tense moments, and some of the most messed up creature designs out there, i've stuck with the series through every incredible high, and some admittedly serious lows. But something i've learned over the past 23 years is that, even when i'm trudging through such stinkers as Operation Raccoon City (2012) or Resident Evil: Survivor (2000), the developers over at Capcom would always manage to make up for their missteps ten-fold. With even going so far as to remake their 1996 original classic in 2002, creating an even superior game than its source material, Capcom had proven themselves already that they knew how to both effectively please their fans, while at the same time constantly innovating. Always engineering some new set of creatures more terrifying than the last. It was with this knowledge that, after a 17 year wait for the next chronological remake in the Resident Evil series to drop, my hopes were at a all time high when it was confirmed that a remake of Resident Evil 2 (1998) was in production for the PS4 and Xbox One.

And now, at long last, the remake of Resident Evil 2 has arrived to universal acclaim from the gaming community. Utilizing what's known as the RE Engine (used in previous game, Resident Evil 7) for its graphics engine, I can immediately comment on the fact that this is the best looking Resident Evil game currently available. As the photos i've included here will indicate, I played the PS4 version of the game on a standard PS4 slim. While this means I didn't get the absolute best quality visuals I could have, i've seen several videos of RE2 running on a PS4 and it's truly something to marvel at. While the game retains many of the core elements of the original, there's a lot that's changed up for a more modern experience. So what's the same, first of all? You're still on a quest for survival in a zombie infested Raccoon City, with the choice to play as either rookie cop Leon S. Kennedy, or college student Claire Redfield, in search for her brother Chris from the first game. Much of the game still takes place in the Raccoon City Police Station, with returning areas like the sewers (giant crocodile included), underground lab, and even Kendo's gun shop. Lastly, the story is essentially unchanged in terms of the overall goals of each character. For those dedicated fans of the original, the RE2 remake also brings back such extra modes such as 2nd runs for both characters, the 4th survivor mode, and even Tofu mode, where you, no shit, run around the games locations as a giant piece of tofu with a knife. A classic for that fact alone. 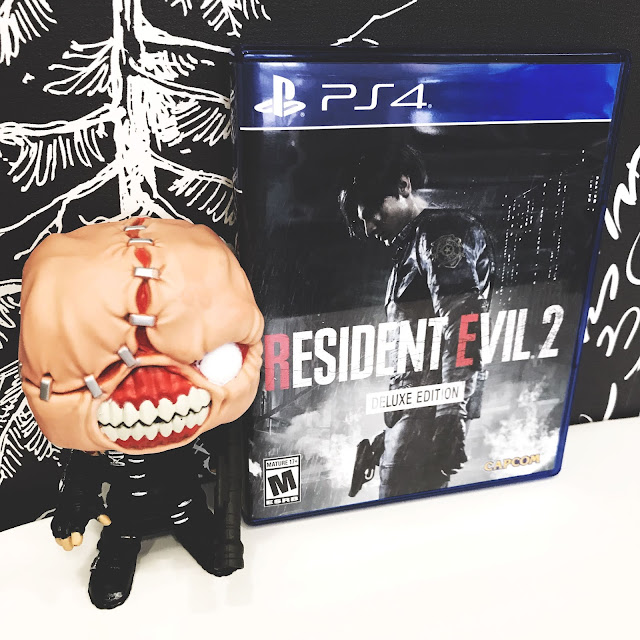 Now, onto the differences. The biggest thing you'll notice is that the fixed camera angles of the original game is gone, in favor of an over the shoulder play style similar to Resident Evil 6. Honestly, a huge improvement and feels incredibly responsive to control. They've also improved the short segments where you play as either double agent Ada Wong, or Sherry Birkin, who even gets her own entirely new location with the orphanage. Several other changes come in the form of switching up when certain moments happened in the original story, a whole lot of new weaponry, the absence of ink ribbons as a means to save your game (except on the hardest difficulty), and a ton of new puzzles that are both satisfying to figure out and balanced in there difficulty. The voice acting has also improved beyond recognition that this is a Resident Evil game, with motion capture that is spot on and really amazes me how far we've come in the history of video game development in just a little over a decade since the first Resident Evil remake.

And so with these changes in mind, and with all that Capcom has done to pay homage to the original, while also taking it to entirely new places, what do I think? After playing through both Leon and Claire's campaign, finishing both of their 2nd runs and collecting everything in the game for a total of five playthroughs thus far, I can honestly say this is my favorite Resident Evil game i've ever played. Taking me back to the pure excitement I had when I played other entries like RE4, the original remake, and RE7 for the first time, i'm still completely stunned by the effort put into making this the definitive way to play Resident Evil 2. Despite already finishing off what both Leon and Claire's stories have to offer, i'm still massively compelled to return to this world again and relive one of the best survival horror experiences i've ever had. I can't recommend this game enough for fans of survival horror video games and, even with all the praise that's going around, I still feel it deserves even more acclaim for delivering on a promise to give back to the fans by Capcom. I'd just like to put one more thing of note out there before signing off: I purchased the deluxe edition of this game, which included extra costumes, an extra weapon, and most importantly a soundtrack swap that lets you play the entire game with the soundtrack from the original RE2. And I gotta say, this ended up being my preferred way of playing. Nothing beats that original save room theme.
Ghoulish Game Reviews