Up and Coven Happenings: February 2019 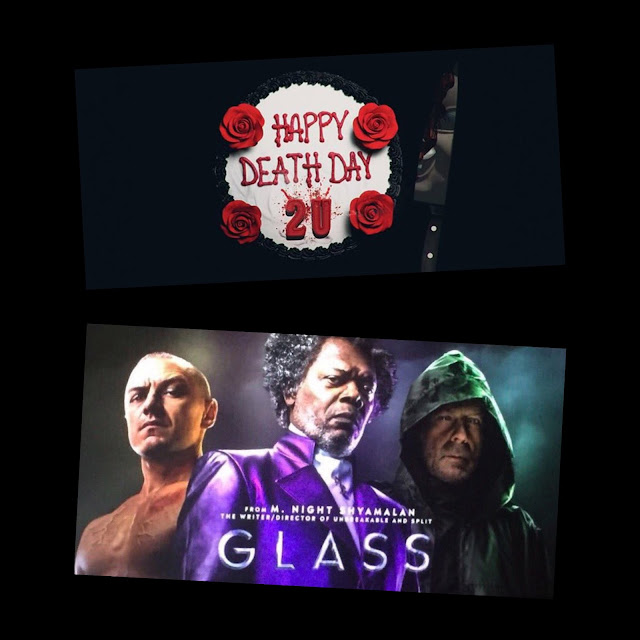 Jeremy: Hey there creeps! It's been a minute since our last post, but we're back at it with another month of spooky happenings to get you through the season of love that's flooded every store in your area. While the Valentines Day holiday has produced a couple gems in the form of Valentine (2001) and the original + remake of My Bloody Valentine, there usually isn't a whole lot of films that cater specifically to those looking to get spooky this time of year. However, this month we have a theatrical release to look forward to on the day of Valentine's in the form of Happy Death Day 2U! Both of us loved the original as a fun, fast moving flick that is perfect for a party setting with both horror and non-horror fans, or for just the occasion where you're not looking for anything particularly deep in meaning. With much of the original cast reprising their roles, this sequel looks at it perfectly captures the spirit of the first film. Here's to hoping that there's plenty of new and creative scenarios to explore now that we are used to the time loop concept.

But as we have now closed out January, I wanted to talk about a couple highlights for me during last month. With the long anticipated conclusion to M. Night Shyamalan's Unbreakable trilogy, Glass, coming to theaters, we were attendance for the opening night with the hope that the critics were mistaken on this one. While I was late into seeing Unbreakable, it wasn't too long after the release of Split that I delved into its tale of multiple personality's and James McAvoy going fucking nuts. Both films I loved for different reasons, which left me curious as to how these two worlds could collide in a way that wasn't just to capitalize on the success of Split. And after weeks of thinking on it, I can safely say that I loved my experience watching Glass and thought it was an excellent ending to the overall story Shyamalan began with Unbreakable. However, if there's one warning I have to any who haven't already seen the film, it's this: While both Unbreakable and Split can exist as films outside this trilogy and not suffer for it, Glass can only exist as the culmination of those two films, thus I would recommend doing some research. Watch Unbreakable and Split first, then experience how Glass boldly closes off this trilogy in many ways you won't see coming. Maybe you can appreciate what I see in the choices that Shyamalan made here to not adhere to your stereotypical superhero format. I loved it, and sincerely hope no further films come from this universe.


Now onto the second thing that made my January extra spooky: I discovered over on Twitter that the sequel to WNUF Halloween Special is in the works after a successful run on Gofundme! For those who don't know, WNUF Halloween Special is a relatively unknown horror film from 2013 that embodies the very definition of 80's era style news broadcasts. Complete with hilarious and fun spooky commercials during a Halloween night news broadcast, the Halloween Special is the closest film i've seen to looking like it was made in the era it's attempting to emulate. To even further accentuate the 80's vibe of the film, we picked up the limited VHS release, which looks even more like it's some lost footage from a news broadcast special gone terribly wrong. It really is a captivating film, at least enough to now become an annual Halloween tradition for us, or for whenever we're looking for some serious Halloween vibes to tide us over. I personally can't wait to see where they go with the sequel, be it a continuation of the first film, or something entirely different. WNUF Halloween Special is currently free over on Amazon Prime right now, so absolutely go give it a watch! 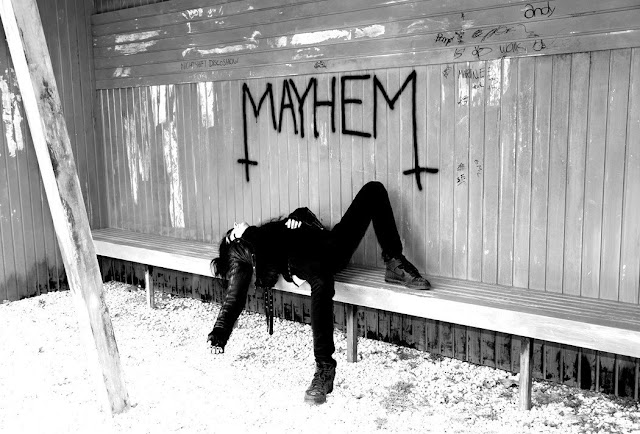 Sara: I am not going to lie, I am equally stoked to see Happy Death Day 2U later this month as a sorta Valloween movie (that's a thing), but I am also reallyyy hoping to catch Lords of Chaos at a theater near us. Lords of Chaos is a horror-thriller directed by Jonas Akerlund, based off the 1998 non-fiction book of the same title by Micheal Moynihan and Didrik Soderlind. It follows a series of crimes that happened in Oslo, Norway in the early 90's surrounding black metal bands Mayhem and Burzum. Now, I myself prefer melodic metal a la Dark Tranquility, while Jeremy is the black metal fan of this coven. However, back when I was a wee pimple of a tween and thinking Enter Sandman was cooler than the ice cream machine actually working at McD's, someone had shared with me a glimpse of knowledge of the taboo band, Mayhem. I cannot for the life of myself remember who it was, but as soon as I saw that this film was hitting theaters this month, I have been frantically searching our local theater listings. Don't worry, I managed to snag myself a used copy of The Death Archives: Mayhem 1984-94 to tide me over just in case the theaters are lame as pants. Is it odd to be so intrigued by a film about a band I know very little of?  I can probably chalk it up to one too many viewings of Deathgasm (2015). If you haven't seen the trailer yet, you can here.

I know this is a bit of a movie-heavy post, but I have to geek out about one more film before I switch topics: Zombieland 2. I will be honest, I like Zombieland for what it is, but it is not my favorite horror-comedy, or even zombie parody film by any means. Hell, I don't even know if we own a copy of it. However, when I saw that the rumors of adding Rosario Dawson to the cast were confirmed, I full on fan girl squeee'd. From Josie and the Pussycasts (2001) to Sin City (2005) to that one time she showed up at the dive bar in Ferndale near my house and invited all of the ladies in the audience to join her on the shitty karaoke stage for her song (yep, that happened), I have loved and adored this woman. I was not very excited about the sequel, but now I am really fucking stoked. All I can think of in my head is mashing Zombieland with Clerks 2, and if those are my marathoning movies of choice to pump myself up for the sequel, then so be it. 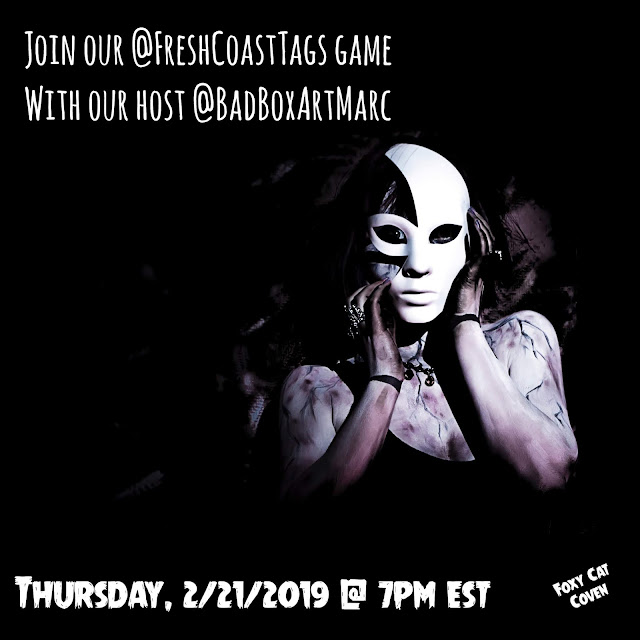 Lastly, we have another super fun, spooky, and awesome hashtag game coming up later this month with FreshCoastTags! The tag will drop just before the game starts on Thursday, February 21st at 7pm EST, so all you have to do is follow along on Twitter.  We are going to end this post with a couple of Coven recommendations for you creeps, but don't forget to leave us your thoughts on Glass, any of the new movies hitting theaters this month, and anything else in the spooky-nerd language by hitting us up on Instagram, Twitter, or leaving us a comment on Facebook or in our Facebook group; Coven Creeps! Until next time, keep it creepy.