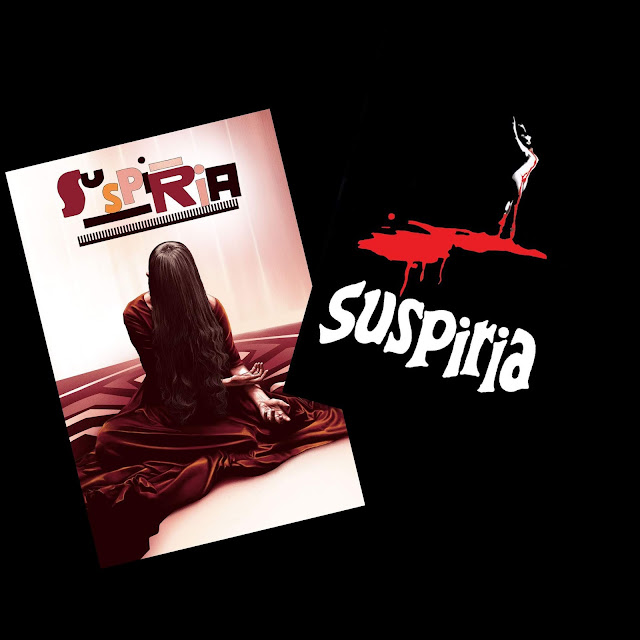 Jeremy: For at least the past three years i've been relatively unwavering when it comes to that question every dedicated horror fan dreads to answer; "what's your top five scary movies?". While my list could stand for some revaluation, I can confidently say that Dario's Argento's 1977 masterpiece Suspiria will always find a home as one of my favorite horror movies of all time. Suspiria follows Suzy Bannion, an American ballet student who has recently arrived in Germany in order to continue her studies at the Tanz Dance Academy. Upon bearing witness to the escape of a terrified looking girl upon her arrival to the academy, Suzy is soon thrust into solving a mystery within the academy over several unexplained disappearances of its students and reports/signs of witchcraft in the surrounding area. And so, when the news hit that Suspiria would be falling prey to the horror remake treatment, I was perhaps at my most skeptical. And i've got to be honest, the early marketing days for Suspiria 2018 were pretty un-inspired. Anyone else remember that first teaser poster that was simply a mis-proportioned letter "S"in red paint? And then the cast list came, where I had performances to look forward to in the form of that girl from the Fifty Shades movies and an actress i've never been too fond of the work of (i.e Chloe Grace Moretz). Now while the original wasn't exactly a work of art in terms of the acting on display, I did feel just enough to take a step back from news on the remake until a trailer dropped and I could see it in action. And man, was I in for a completely different experience leading up to our eventual of viewing of Suspiria 2018.

I can't tell you how many times i've seen Suspiria 1977, listened to that hype as fuck soundtrack, or tried to covet the best possible looking version of the film to date. In visuals alone, this is a near infinitely re-watchable film for me, inspired by the Technicolor hues of early Disney films like Snow White And The Seven Dwarfs. This is all accentuated by the devishly spooky sounds of Italian prog rock group and frequent Argento collaborators, Goblin. Seriously, this soundtrack is all you need for any Halloween party looking for a perfect spooky ambiance. So, with these two elements of vision and sound being key components of the Suspiria experience, how did the trailer for Suspiria 2018 demonstrate its own take on the formula? By throwing it all out the fucking window, that's how.

I know that sounds bitter, and maybe it was the first few times I experienced just how different this remake was going to be. But then I was given some time and eventually, I took a step back and started to really think on it. And what I realized was that the position any director is in going up against remaking a beloved film is deciding whether they are going to create something that is simply there to be as close to the original vision as possible, or create something that is wholly their film, inspired by the template of a classic and nothing else. What the director of Suspiria 2018, Luca Guadagnino, has done here is the latter, his own vision of the nightmare world of Suspiria. What you have here are muted colors, natural lighting reminiscent of The Witch (2015), and a foreboding soundtrack that gave me the feeling it was more focused on the terror of the unknown than what was on screen. Do these, and several other changes, come to the detriment of the film? In some ways yes, but on the whole i'd say otherwise.

I'm going to come out and say I still prefer the original Suspiria as a complete and concise picture with little padding. Suspiria 2018 suffers from three majors things that prevents it from being on par with the 1977 version, for me. Those being: The choice in gray scale colors make any scene that isn't during the day time far too drab to be mesmerized by what's going on, a subplot involving staying true to the historical accuracy of the era is a little too over exposed, and the two and a half hour runtime makes this a film I wouldn't casually just put on, unlike the original. That final point means that while both films are an experience in themselves, the 2018 version is an experience you've got to be committed for the long haul. And that experience is mostly a great one, retaining the brutality of the original, focusing less on blood and more on body horror, having a huge variety of beautiful set pieces, and plenty of expansion to the relatively simple lore of Suspiria 1977 makes this 2018 re-imagining a worthy addition to the original film. Much like a David Lynch movie, I feel as though i'll need to be in a particular mood before I revisit Suspiria 2018 again. But, and especially if you're a dedicated fan, I recommend checking it out. Just know that you're getting something completely different here, a film that could have gone by any other title. 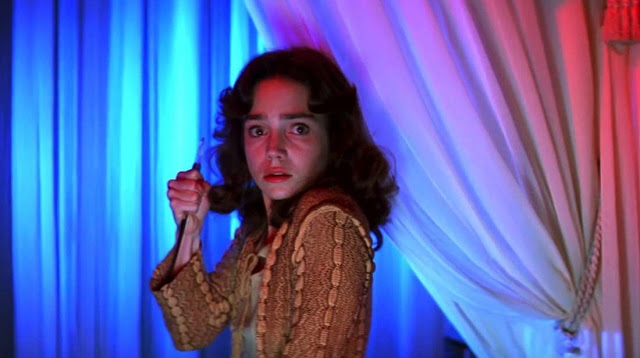 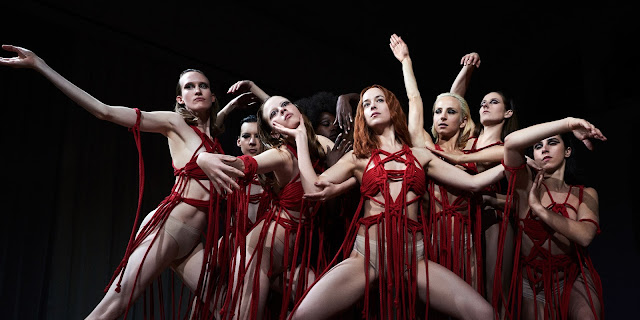 Sara: As someone who has only seen Dario Argento's Suspiria (1977) two years ago, and who also has considerably less disdain for Chloe Grace Moretz, I felt as if I had a bit of a cleaner palate than Jeremy when it came to watching 2018's Suspiria. The biggest struggle I had with the 2018 version was getting an answer on what exactly it was supposed to be: A remake, or, a re-imagining. It might have been just me, but it felt like the argument of what the film was distracted from the promotion of the film itself last year. That being said, I made sure to completely avoid the trailers that were constantly shoved in my face. Whatever the movie was, I wanted to be surprised, and that I was.

I will have to disagree with Jeremy's last comment about this film being completely different than it's predecessor, I believe it is still Suspiria, it is in fact a re-imagining. While the story of the original film is seen by following the dancers, primarily Sara and Suzy, the newer tells its tale through a multitude of characters, all tied to the dance academy. Suzy is still the star of the show, however, the focus isn't exclusive to her story line. There is backstory to the secret coven behind the academy, as well as an actual focus on dance. Comparing these two films proves to be quite difficult, as they are almost two separate versions of the same story.

Now, how about some pros and cons: Suspriria (1977) as Jeremy already mentioned has that beautiful, vibrant palate and filter that is so deliciously jarring when layered carefully over each death scene. The deaths in fact are more frequent in this version as well, as opposed to the newer one. Don't even get me started on that Goblin soundtrack, my top artist for 2019 on Spotify will be Goblin with how much I play them. They are very soothing in the spookiest way. There is very little dancing, and very little on-screen witches while we are at it. My biggest complaint with the original, however, is the scene where Suzy obtains all of her knowledge on covens, witches, and the supernatural. It is a long scene with a lot of information thrown at the audience at once, and doesn't exactly blend well with the speed of the rest of the film. The acting is pretty superb though, the dancers portray being young, enthusiastic, independent, curious, head strong, and terribly afraid perfectly.  The new version saved its vibrancy for the dancing scenes, as well as the climax. It too had a decent soundtrack, one which I have listened to quite often at work over the last few months. I did have issues with certain scenes being too dark/blurry, as well as some of the side characters looking like hipsters plucked out of Corktown, Detroit rather than 1977 Germany. I think this was just a simple case of trying too hard, because the rest of the film had a nice, smooth flow to it which I appreciated. Another complaint I had was the witches. By knowing more about them, it took away the fear and mystery that was obtained in the first film. This one makes up for it by adding a few twists along the way, aiding to it's alternate version of the story.

In the end, it is very difficult for me to pick a favorite as I love and appreciate both of these films for what they are. If you were to ask me if I wanted to watch Suspirira tonight, my first instinct would be to put on the original. However, in the dreary months of November to March, the newer version fits my slow-burn of a mood I am usually in during that time of year. That being said, if we don't do a Sinister Pairings post next winter pairing this film with Black Swan (2010), we will have failed you guys as bloggers. Give me all of the frantic-yet-beautiful ballet dancers wrapped up in a thick, theme of suspense.

So, what'll it be, Creeps? Have any love for Suspiria 2018? Or are you a die-hard Suspiria 1977 fan? Or, are you like me and love them each equally? Leave us a comment, here, or on any of our social media accounts at Foxy Cat Coven!

This Thursday we are going to be tweeting all things creepy with our Fresh Coast Tags hashtag game! Join us at 7pm EST, with our host @BadBoxArtMarc. The tag will drop right before 7pm, so stay tuned by following along on Twitter @FoxyCatCoven.

Until then, keep it creepy, kids!
Media Massacres OG vs Remake