Up And Coven Happenings: January 2019 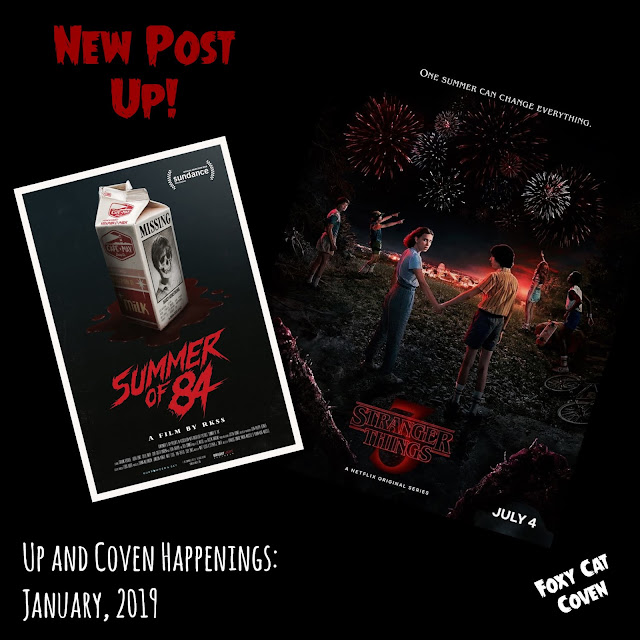 Sara: Happy 2019, creeps! We are hoping that by now your hangovers are gone, and that first day back to work hasn't been too rough on you. It's only the second day into the new year and it seems that Jeremy and I have somehow managed to start a million things at once. We don't have many outings planned for this month, as our wallets (and our livers) need some serious R&R after all of the holidays/birthdays in December. We do however, have lots of spooky-nerd stuff to discuss in this post, so lets get to it.

Both of us were blessed with games for Christmas, and I a Nintendo 2DS! As I mentioned in an earlier post, I am very much a newb when it comes to gaming, but I tend to do better with handhelds instead of consoles (doesn't stop me from trying). Jeremy bought me my first ever Zelda game: The Legend of Zelda: The Ocarina of Time for the 2DS and I have been HOOKED. This is my first time playing a Zelda game, and although I have the hardest time remembering the names of all of the characters and temples (PSA: Gorons are now referred to as "Rock-Bears". I had to Google what they were called just to tell you creeps that), I am absolutely loving the game! I probably spent the most time over the holiday break playing that game over anything else, and I have no regrets. With work, this blog, and us trying to get our butts to the gym on the regular, I am sure it will take me quite awhile to get through the rest of the game, and that is my only complaint.

I also decided to restart Dragon Age: Inquisition on the PS4 over the weekend, and I am loving it just as much! Jeremy had bought it for me originally last summer via downloading it, but we had to reset the PS4 and it somehow got lost along the way. Luckily I found a used one for cheap at Disc Replay and decided to give it a go over the weekend. I hadn't gotten that far the first time I played it, so everything pretty much felt like new. I find that I will most likely enjoy RPG games, and I was already recommended The Witcher 3, so if you creeps have any recs for me, feel free to drop them (even though it will probably take me five years to get to them). 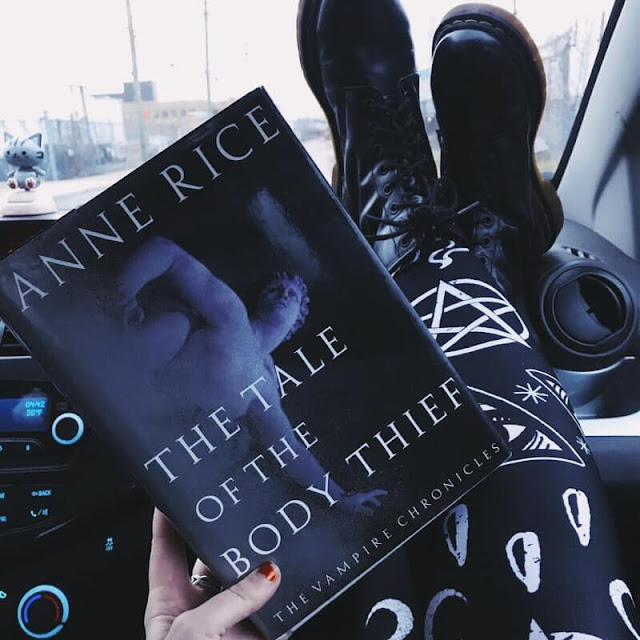 As for the world of books, I am working my way through Anne Rice's The Tale Of The Body Thief, a novel I haven't read in about a decade. It follows her previous novel; The Queen Of The Damned, continuing the story of  The Vampire Lestat in his journey to regain his lost humanity, as well as his stolen body. I remember not liking this one as much as the ones prior, but I have a long-standing appreciation for Lestat, and this one almost works as a perfect stand-alone novel in the Vampire Chronicles. Rereading this series is getting me hyped for literally ANY word on the new television series that looks like Hulu is picking up, which is rumored to debut as late as 2020 (sad face).

Our hangovers yesterday morning called for some Saturday morning cartoons on a Tuesday, so we found ourselves watching Ahhhh! Real Monsters! (1994-1997). As our love of Goosebumps shows, we are no stranger to children's horror of the nineties and Ahhhh! Real Monsters is right on par. The show focuses on three young monsters-Ickis, Krumm, and Oblina-who attend a school for monsters under a city dump and learn to frighten humans. There are 52 episodes in total, however, it is easy to get pulled into nostalgia and therefore finding ourselves sucked in four episodes deep at a time. Does it completely hold up? We will report back to you creeps when we have finished the series in its entirety.

It seems that January doesn't hold much in the cards for horror in theaters, but we are still pretty stoked to see Escape Room this weekend! I have only watched the trailer once, but it looks fun, and I am hoping it is along the lines of Hellfest (2018) even though it gave me a bit of Cube (1997) vibes. We decided to take advantage of this slow month to not only play video games, read, watch spooky cartoons, but to also try our best to catch up on some of the horror films we missed last year. I know I am pretty fucking excited for Overlord, so be sure to read our reviews next month once we have that one (as well as the likes of Suspiria, Bird Box, and Annihilation, etc) under our belts.


Jeremy: Now that our holiday vacation is coming to a close, my mind is buzzing with all the fantastic horror media coming out this year. But for now, as Sara mentioned, we are spending this rather slow month in horror to catch up what we missed during the busy end of 2018. Last night we had the chance to check out a horror mystery flick called Summer of '84, an indie film from last August with a poster that immediately sold me from the get-go (featuring a bloody milk carton with a skeleton face printed in the place of a missing persons ad). As the title would suggest, Summer of 84 really puts a major effort into giving off a genuine 80's aesthetic from it's soundtrack to the style of dress of many of its central characters, ala Stranger Things. While I did find the score to be a little repetitive, I thought it was mostly successful in delivering an accurate representation of the time period. But speaking on its faults, I feel Summer of '84 suffered greatly from its slow pacing, culminating in a conclusion that was less satisfying than it seemed it was heading. Now don't get me wrong, I love a slow burn, but Summer of '84 consisted of far too many of what I think of as "fake-out scenes", moments that are meant to be tense but are so frequent and duplicated in there execution that they end up coming off as frustrating. Not an awful film by any means, just drags more than I would have hoped.

If you'd like to hear more about Summer of '84, or any other musings on horror films of past and present, over on my Instagram @spookyboi i'm doing occasional mini-reviews of a film i'm either revisiting after a long while or experiencing for the first time! With a basic review criteria of either "Slashed" (Won't watch again) or "Re-Animated" (Will watch again), I hope I can bring anyone who is interested a ton more recommendations to terrify you throughout the coming year. And, of course, i'd love to get some suggestions on what I should watch next on any of our social media platforms! While there's not a lot of new horror in theaters this month, we've got several essential DVD/Blu-Ray releases coming, with Hellfest (January 8th), Halloween (January 15th), and Suspiria (January 29th) being my most anticipated pick-ups. And, despite not placing it very high against the rest of the Conjuring series, i've also just today added The Nun to our collection. Granted, Sara liked it, and i'm a sucker for having complete horror movie collections, so I couldn't resist. 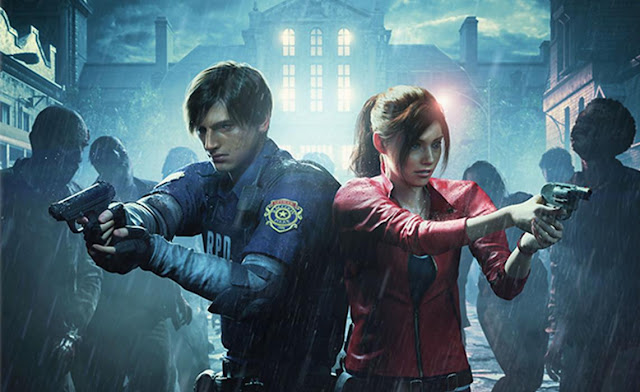 For those interested in the world of survival horror video games, January has finally come for those who've been waiting for the release of the Resident Evil 2 remake with baited breath. I've personally loved this series for as far back as the late 90's, and have been spending the holiday break running through some of the newer games (especially Resident Evil Revelations 2), in anticipation for one of the best games I ever played on the original Playstation. We're still toying with the idea of going live over both Facebook and Instagram, but that's one release I would love to get some friends together and do a test run of the format, if the interest from you readers turns out to be there!

It's been (or at least feels like) a long time coming since Stranger Things 2 hit Netflix, and I know this is looking pretty far into the future, but the release of Stranger Things 3 this July 4th has left us both highly anticipated for the return of this beloved world. This trailer dropped awhile ago, but i'm loving the always fantastic poster art that promises this summer will be filled with all that nostalgia goodness this show has delivered thus far. Expect plenty of coverage as we get closer to that fated release date.

As per usual, we leave you with a couple of Coven recommendations that we have come across in the past month. Feel free to check them out, and as always, feel free to drop us some recommendations of your own via Twitter, Instagram, Facebook, or by joining our Facebook group: Coven Creeps! Until next time, keep it creepy!