Scream Factory; A Review Of One Of Horror's Experts In Physical Media 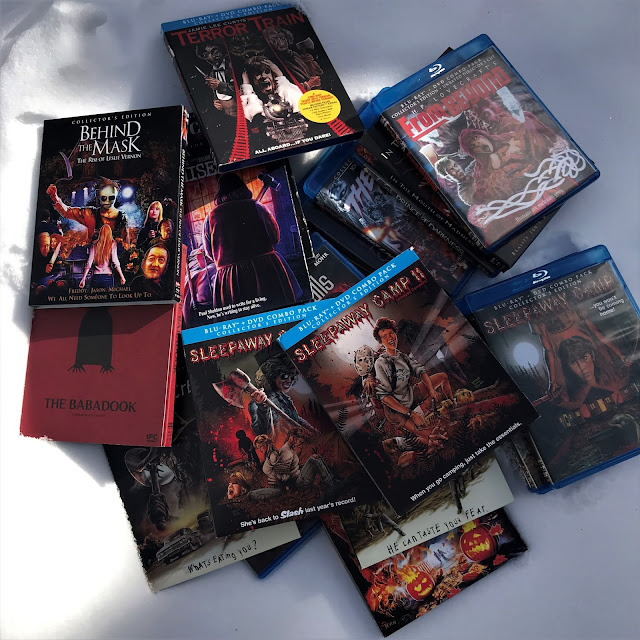 Jeremy: My inclination to join the hordes of horror fans who take pleasure in collecting physical media of the horror genre began, to the best of my knowledge, a little over 10 years ago, with the release of the Friday the 13th DVD collection known as: From Crystal Lake to Manhattan. With my brother already throwing his cards into the Freddy Kreuger camp with his own DVD collection of the Nightmare on Elm Street films, I met him halfway without ever having seen a Friday the 13th film to warn me if I made the right choice siding with the machete wielding maniac. Most important to that moment, whether I ultimately enjoyed the films or not, was that sensation of being able to look on the shelf and have a (more or less) complete collection of a series of horror films. In the years that would pass however, I would suffer through many a bare bones DVD release, with little to no features, poor picture quality, and box art that paled in comparison to even the most basic theatrical posters for each specific film,  all for the privilege to say I owned a particular film. While there's nothing particularly wrong with this (at the end of the day it still gives you an option to watch something), it wouldn't be until the arrival of the fantastic company Scream Factory and their massive library of horror classics that my satisfaction for upgrading a films release was spurned on.

Despite not discovering them until about 2014, Scream Factory, a subsidiary of Shout! Factory, was established in 2012 with a declaration to create stellar releases of both cult and classic horror films.  The twist here is that each of these horror releases, during their first three month run, includes a slipcover for an even more attractive packaging, in addition to the fantastic art of each of their releases. And speaking of that art, you're given two options with each DVD or Blu-Ray - The first being a commissioned and never before seen cover, and the second being the original theatrical release poster art for that film. Just pull out the cover of your DVD and Blu-Ray and you can pick which side looks best on your shelf. This is an option I personally feel has been taken for granted as of late, as I think back on the days when you were forced to settle for the usually awful mess that graced many horror DVD/Blu-Ray boxes. 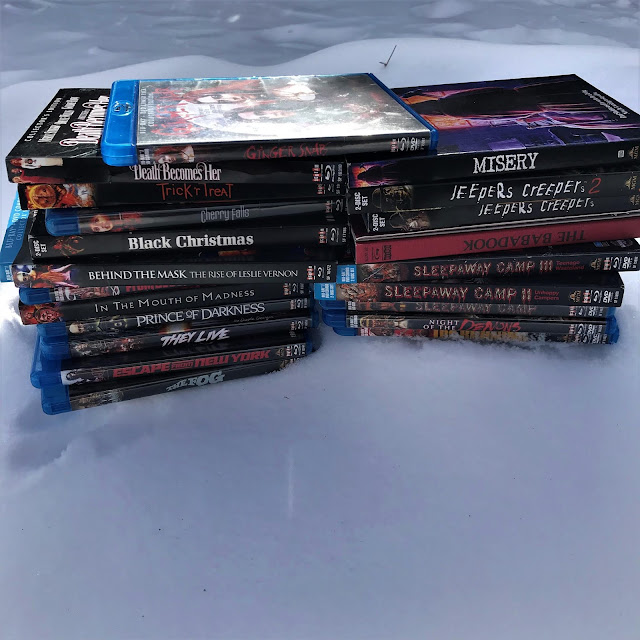 You're paying for both quantity of features and quality here, as most Blu-Ray releases range between $25-30, even after that first three month window. While I feel this is worth it simply for the superior picture quality alone, I can understand that this would cause the average consumer to shy away, especially if they aren't interested in anything but owning the film. What keeps me coming back though is all that extra content, some being new material made specifically for a Scream Factory release, and the rest being all the features from any past release of that particular film. From new commentaries, never before seen behind the scenes featurette's, new interviews, and more, each release gives you enough supplementary material to argue it being a whole extra film in itself. My first ever Scream Factory purchase, for example, was 1981's Halloween II. I didn't know anything about the company, that they had any other releases, or what they did. But when I saw that fantastic cover, with so much dedication in making it the most complete experience you could have watching it, I had to have it. And how could I say no? This two-disc set includes both the Theatrical and Television Cut version of Halloween II, separate audio commentaries with both the director of the film and the man who played Michael Myers, a revisit to the shooting locations of the film, and a massive feature that includes interviews with nearly everyone attached to the making of Halloween II. This is all in addition to the content from all past releases, like trailers, tv spots, and an alternate ending.

These days, as i've gone on to discover other companies similar to Scream Factory (Arrow Video, Vestron Video, etc), and yet I still find myself impressed by their near constant track record of releasing the best version out there of a horror film. They've even gone on to provide alternate versions of their own releases in the case of Halloween II, with a steelbook option recently releasing to great success. I personally am still still trying to catch up on their John Carpenter Blu-rays, with nearly all of his works being available on their website. But for any horror fan looking to inject some quality versions of titles into their collection, and don't mind spending a bit or  at least waiting for sales to go up, Scream Factory is the perfect place to start. The Blu-Rays you see pictured in this post are a near complete collection of what i've obtained thus far, but as long as Scream Factory continues their run of essential horror titles, i'll continue to be hooked.
Media Massacres