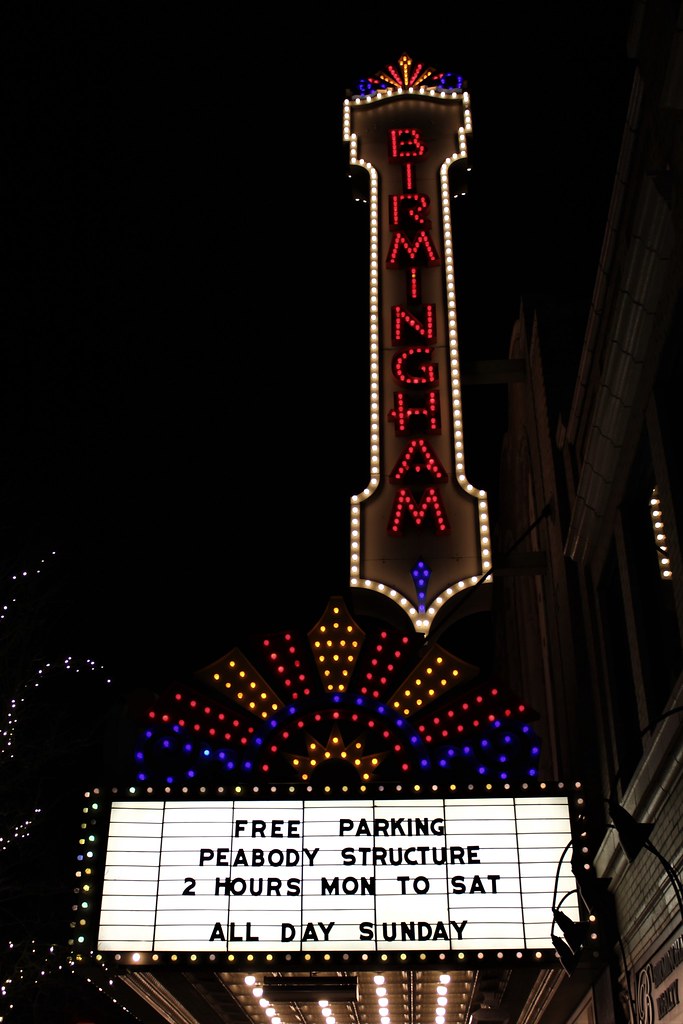 Sara: Nestled in the center of Old Woodward in downtown Birmingham is an old theater with a large, magnificent  marque to prove it. Despite touches of a modern face-lift, The Birmingham 8, formerly, the Birmingham Theatre, is 92 years old. With just shy of a century under its belt, and traces of its original splendor kept it its appearance, its no wonder that this old, yet beautiful building has rumors of being haunted.

The Birmingham Theatre opened in 1927, originally as part of the Kunsky Circuit alongside two other neighborhood theaters the same year; The Redford Theatre and the Royal Oak Theatre (currently the Main Art Theatre). Like most Rapp and Rapp Theaters, it was designed originally in the style of the French Renaissance and sat over 1,250 in its auditorium. Featured were a Barton organ, as well as vaudeville acts, in addition to movies.

By the 1960's the theater was featuring second-run fares, and it was sold to the United Detroit Theatres chain later on that decade. The purchase caused for a remodel, removing all traces of original decor but leaving its original facade intact. The 1970's called for another makeover, with new curtains, seating, lights, and sound equipment to feature live stage shows in addition to screen movies. In the 1980's it was divided into eight small screens and returned to showing first-run fares, which is exactly how the theater operates today.

Since the Birmingham 8 is only a few miles away from where I grew up, I have seen many films at this theater-never knowing that it has rumors of being haunted. However, does an old history, dim lights, and quiet atmosphere warrant for rumored haunting? Through our research, we did not discover anything sinister in the theater's past but we did come across several claims from individuals via Haunted Places. Instances such as unexplained sounds and electrical anomalies have been reported from theater employees, as well as popcorn being swept and shifted mysteriously-still in their piles- three feet over. Claims of hearing footsteps when no one is around, being locked inside a bathroom that did not have a lock have been made by patrons of the theater in the last couple years. One individual claims to have cried for hours for unexplained reasons after seeing a movie here, another saw a man who told her and her friends to be quiet during a movie only to disappear immediately after. One person claimed that they used to work at a shop down the street from the theater in the early seventies,  all of the shops connected in the basement (including the theater) and lots of strange sounds and movement came from the basement. 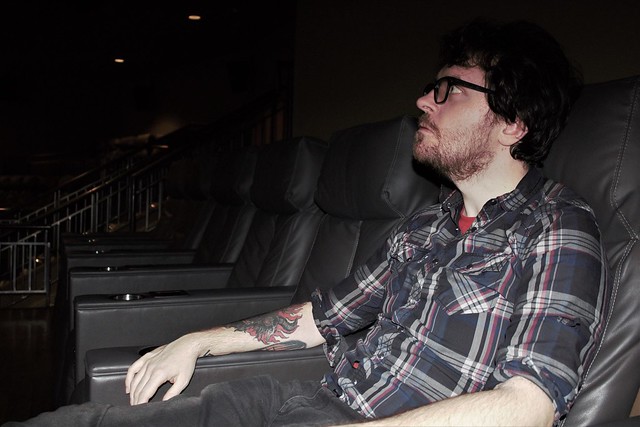 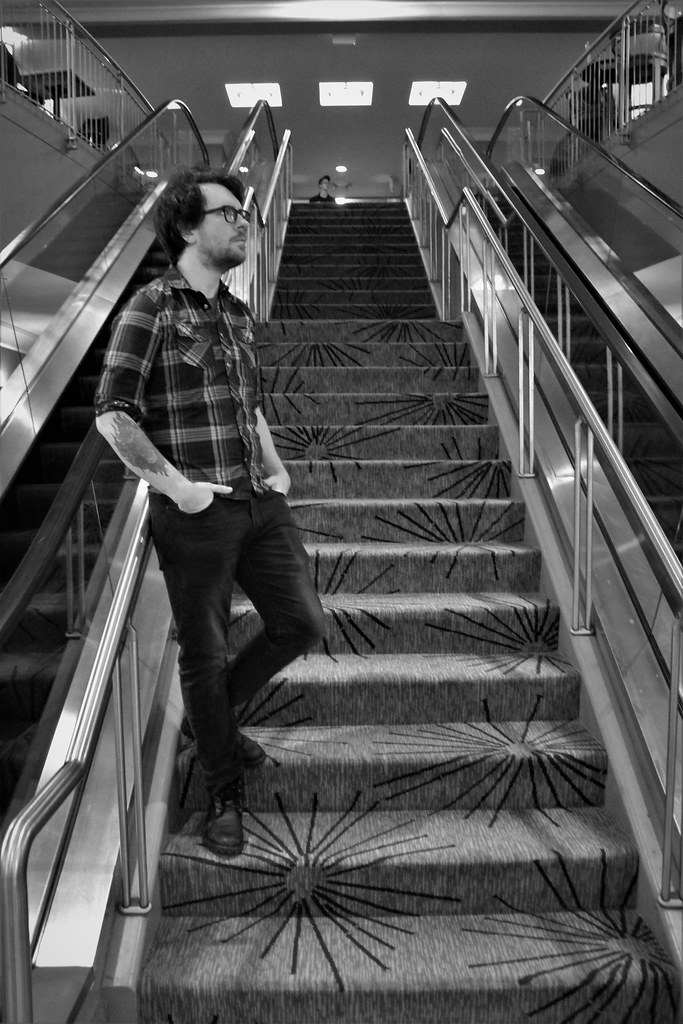 Jeremy: The novelty of going to see a film, and especially in the case of a horror film, is something that continues to endure for a reason: Going to see one is an event in itself, filled with screams, tension, and cheering. While I wouldn't go as far and say i've ever had a horror movie going experience akin to something like the opening scene of Scream 2 (flying Ghostface and all), there have been countless moments over the years where I was surrounded by tons of other horror fans who, though we may not have said a word to each other, I knew were feeling the same sense of excitement I was, experiencing something new from their favorite genre on the big screen. With the ever growing popularity of streaming services such as Netflix or Amazon Prime, however, movie theaters face their biggest challenge is now providing more incentive for people to venture outside the comfort of their own home. From huge reclining seats, to all sorts of membership deals for frequent movie watchers, now more than ever it's a great time to spend some time at the cinema. While i've had my fair share of good times at all sorts of theaters, few have matched the classiness of my time spent seeing Escape Room (2018) at the Birmingham 8 Theatre in, where else, Birmingham, MI.

While not the largest venue compared to what i'm accustomed to (consisting mostly of trips to the many AMC's out there), Birmingham 8 makes up for its lack of lobby size with style. Retaining much of what looks to be the original architecture of this historical landmark, the theater features half poster artwork of upcoming films, and half poster artwork of movies from all the way back in the 30's. But what most impressed me was Theater 1, where we were seated for our viewing of Escape Room. Although recliner seats were used here, the theater features all that you would expect from going to see something like a Broadway play, balcony seats on all sides and everything. I loved the old timey (and spooky) feel, and felt it was the perfect setting for any horror movie watch. But I am saddened to admit that our first film for the Birmingham 8 and 2019 was not what I would call a smash hit.

No need to flee at this point, no spoilers to be found here. I think it's possible for a film to disappoint you a bit and still be a really fun time. This was how both Sara and I felt about last years Truth or Dare, an entertaining distraction of a film with plenty of issues. Escape Room mostly delivers on its one promise, to feature interesting takes on escape room scenarios gone horribly wrong. And for a good deal of the film, I thought the filmmakers did an excellent job keeping the tension at an even level, while continuing to innovate with each new room. But if you've read any review of the film thus far, this is not where the issue lies, it's the ending that left a sour taste in many peoples mouths. Without giving anything away, Escape Room is set up for an obvious sequel if the money is right. That's not something I had an issue with. Instead, it was where the film chose to end. I'm incredibly confident in feeling that you would lose absolutely nothing by taking out the last ten minutes or so of Escape Room, in fact, the film would be all the more better for it. Granted, this didn't ruin the fun of when the plot did decide to focus on what people came to see, some badass escape room puzzles. Which I suppose the same thing can be said for the Saw franchise and traps? All in all, I personally still liked the film a good deal, and i'd likely watch it again to see if I could pick up on however each room could have played out. But don't go in expecting a classic escape room film, unless the inevitable next film can prove the sequel-itis trend wrong. 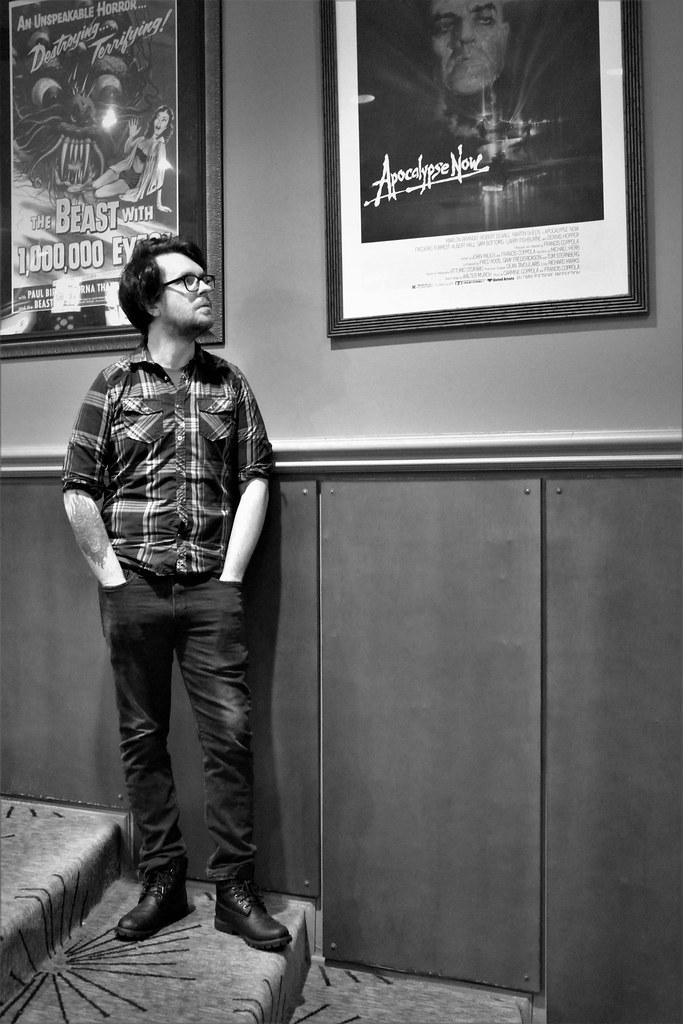 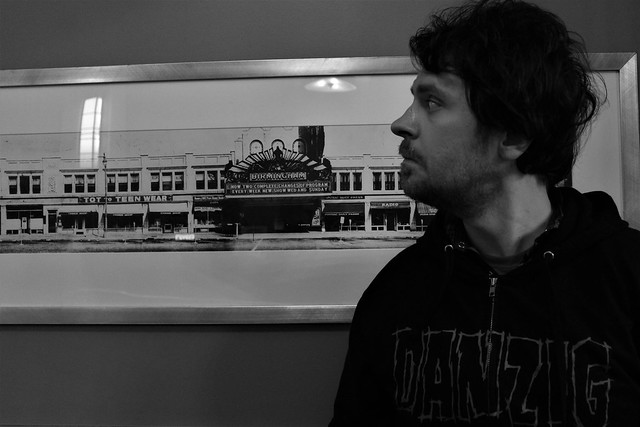 Sara: Though its safe to say that Jeremy and I did not have any paranormal experiences on our trip to the Birmingham 8, we could not deny that the theater does have a dull, quietness to it-something we found slightly odd on a Friday night. Perhaps another trip is in order, one without the camera or the expectation for something spooky to happen. I am not going to lie, I kinda want to get a part-time job at the theater just to see if anything goes bump in the night, or at least to check out that creepy basement.

Once again, we thank all of you cool creeps on all of your comments and recommendations on and after each of our posts. If you liked this post, feel free to check out any of our previous treks into spooky places under the Haunted Scenes tag, and if you have seen Escape Room, let us know what you think! Leave us a comment in our Facebook group: Coven Creeps, located right on our Facebook page. Or hit us up on Twitter, or Instagram, we love hearing from you!

Speaking of, blogger Ally from over at Shybiker left us a comment asking for horror movie recommendations with motorcycles. Upon a quick Google search, I saw that there are actually quite a few out there that I have unfortunately have not had the pleasure of seeing. I can 100 percent recommend Mandy (2018), as there are motorcycles in it, and perhaps for a bit of cheese (and more Nicholas Cage) Ghost Rider (2007) and Jeremy can vouch for Race With The Devil (1975). However, I think I need to add Chrome Hearts (1989) and Werewolves on Wheels (1971) just for the movie posters alone. If you creeps have any to add to this list, drop us a comment! Until next time, keep it creepy! 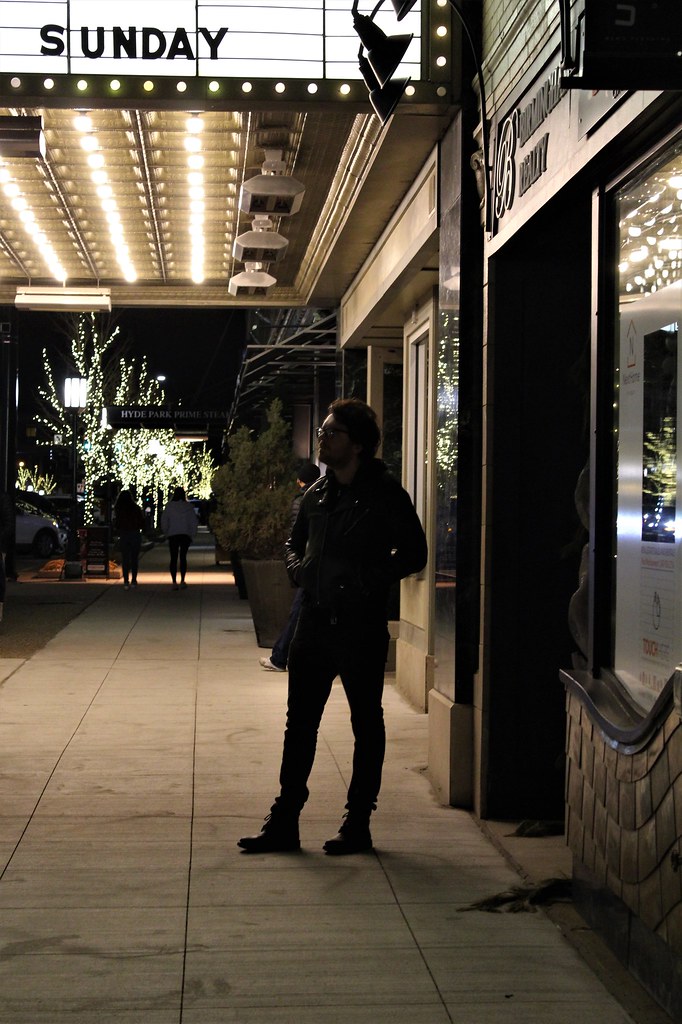