Up and Coven Happenings: December 2018 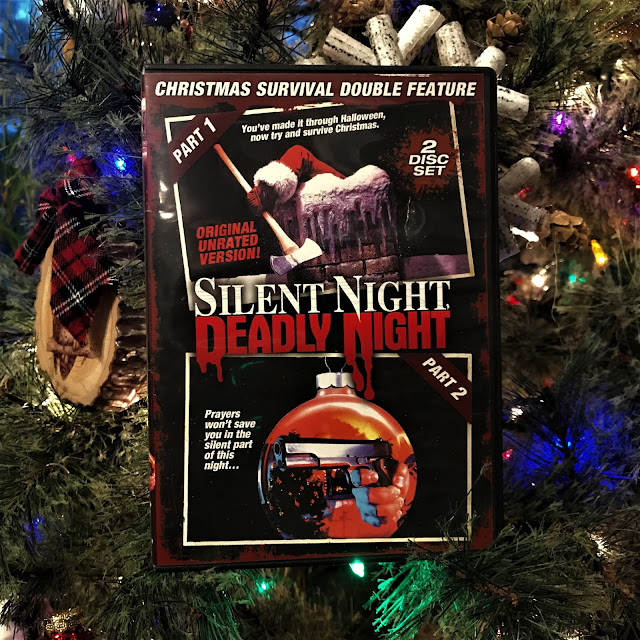 Sara: Happy December, creeps! It's hard to believe that this year is almost over, but it's also hard to fathom that Foxy Cat Coven will be one year old next month! Spooky shit. It has been such a great year for horror, not to mention horror conventions as we found ourselves at Motor City Nightmares and Frightmare in the Falls this year. We also spent a lot of time tramping around Michigan, taking photos and documenting spooky areas and reviewing whimsical shops. You creeps can fully expect a "2018 favorites" post sometime soon, so stay tuned. To wrap up the year we picked a holiday theme for this month, but before we get into that we would like to share a few things that are happening here at the Coven. 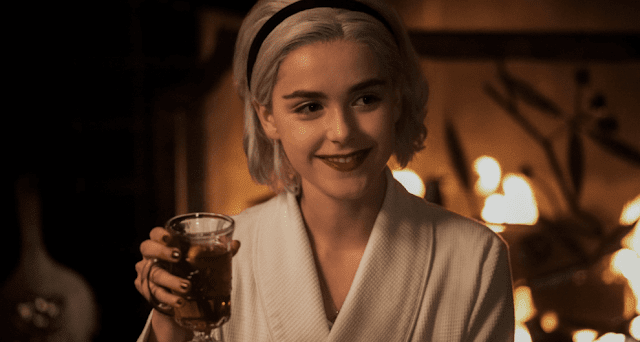 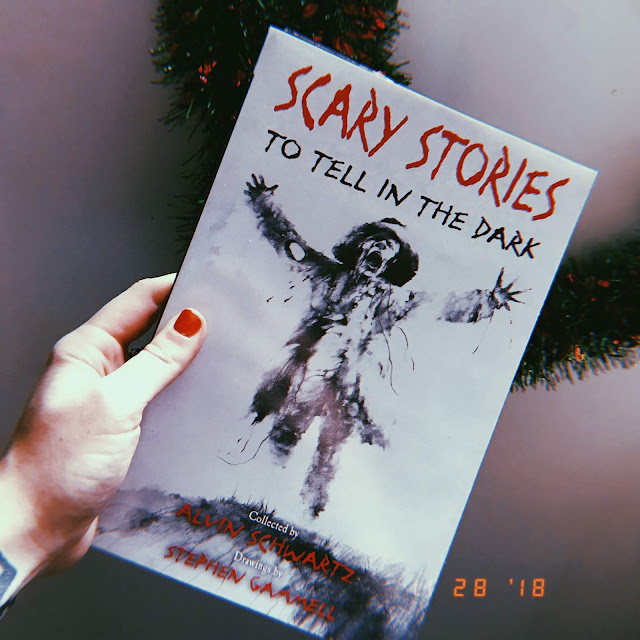 Sara: We finally got our internet situation resolved at the lair and it's been nice having a solid connection the past few weeks, but the best part is we finally started The Chilling Adventures of Sabrina on Netflix! We are only about halfway through, but I am really loving it so far. I did find myself a little bummed that Salem doesn't talk a la the sarcastic version of nineties, but I do like how well it is shot, all of the actors who have been cast, and how it is hard to pin-point exactly when it takes place. Our schedules are always busy, but we are hoping to have the series finished before the Christmas special which drops Friday, December 14th. Jeremy also informed me that Alexis Denisof will be added to the cast as well, an actor I am most familiar with from his portrayal of Wesley Wyndam-Pryce on both Buffy The Vampire Slayer, and its spin-off, Angel. I am so stoked to see what his character brings to the show, as I was a fan of Wesley.

Over the work week I had the chance to re-read the Scary Stories To Tell In the Dark books by Alvin Schwartz, as they were gifted to me by a friend for my birthday back in October. They are perfect little nuggets of nostalgia as I loved reading them in elementary school, I even had flash-backs of my classmates chanting "Bloody-Fingers! Bloody-Fingers!", a favorite story from the first collection. Revisiting these stories got me even more hyped for Guillermo del Toro's "Scary Stories" film, set for release in 2019. If you have been reading this blog since early last year, you will know that I have huge love for del Toro. The film is going to be directed by Andre Ovredal, who directed The Autopsy of Jane Doe (2016), a movie that succeeded in scaring the piss out of me upon viewing earlier this year. Seriously, if you haven't seen that one yet, do it. Although some have speculated that the "Scary Stories" plot might come off a little too much like Goosebumps (2015), or Netflix's Stranger Things,  I am remaining optimistic.

Jeremy: This truly has been a big year for us, and hopefully we've improved our craft a bit since beginning this journey almost one year ago. 2019 is sure to bring a huge evolution for the Coven, but for now, we still got one more month to scare your eyes right out of their sockets! Like Sara, i'm also bummed over the lack of support for the Salem character in the Chilling Adventures of Sabrina and while I never watched the original show, the internet made me fall in love and relate to his sarcastic nature. Now that we have easier access to Netflix binge fests, I look forward to getting into Haunting of Hill House, Riverdale, and other horror films that we've had a hard time tracking down. We managed to also pick up a copy of Mandy, one of Sara and I's favorite films of 2018, and we're stoked to unleash all its psychedelic fuckery on the minds of all of our friends next week. 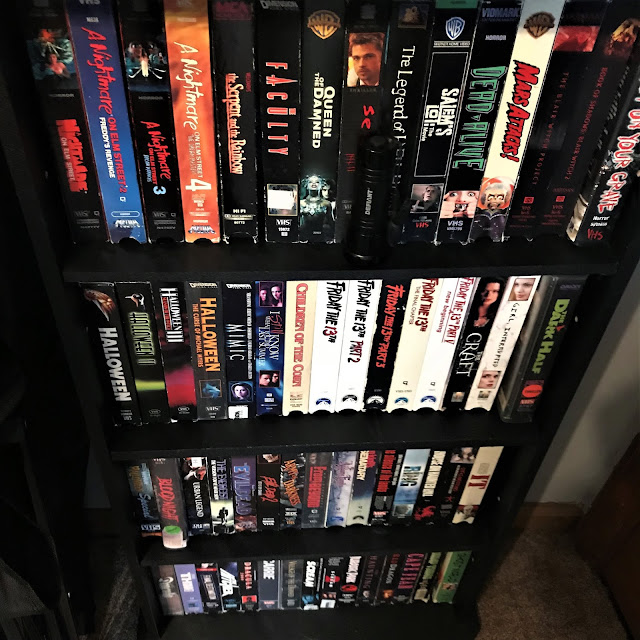 We've also been upping our horror VHS game due to the recent small business Saturday, finally having an actual shelf to collect them on! Small fucking victory, but nothing beats the look of all those badass horror spines collected together at once. From films such as Mars Attacks, The Dark Half, Mary Shelley's Frankenstein, and the masterpiece that is I Still Know What You Did Last Summer, there's plenty to keep us terrified over the next winter break. But as for what we have coming for your creeps, December will be dedicated to a favorite sub-genre of mine: Holiday Slashers! From Santas, to Snowmen, to supernatural beasts, this month will feature coverage on many horror films that were considered taboo for the time for daring to turn Christmas into something other than a fucking grand old jubilee. Oh yeah, and if anyone would like to pick us up the Funko Pop for Krampus before we impulse buy it, we'd be forever in your debt.

We leave you with a short list of Coven recs below! Be sure to drop us a comment once you check them out on any of our social media accounts, and if you have any recommendations for us (movies, comics, books, TV shows, Podcasts, etc.) send them our way, we love, love, love new shit to check out.

Until next time, keep it creepy, kids!
Coven Happenings