The Phantom Sounds of Machpelah Cemetery 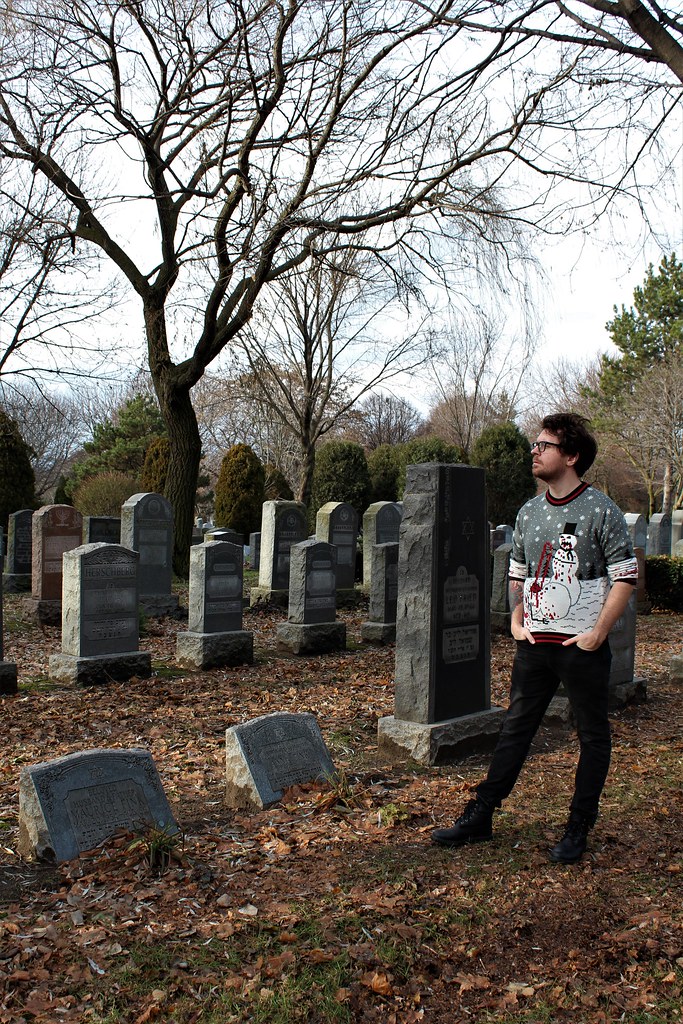 Jeremy: It's been several months since our last venture out to a cemetery for you guys and, what with the holiday season always being such a hectic affair, we decided to not stray too far from our home in visiting Machpelah Cemetery. Personally, this is my favorite time of year to take a little cemetery time to ourselves (and not just for the awful, AWFUL bugs that bite the shit out of you during the summer). There's just a natural serene feeling to the area, be it the look of snow against the gravestones, the cold wind blowing through each row, or the lack of people running around, it's just great. And of the four cemeteries i've visited so far since moving to Michigan a little over a year and a half ago, and this being my second visit to Machpelah, this is easily my favorite i've been to.

While we've yet to be hit by a significant amount of snow this season, the winter mood is in full effect here, only further accentuating the serene feeling I described. Unlike past cemeteries we've covered, such as Royal Oak Cemetery and the Butler/Ganong Cemetery, and despite being next to a major road in Ferndale, Machpelah makes you feel, as Sara described in better detail to me, as though there's the world and people outside it's grounds have ceased to exist. While this might sound like a very dreadful statement, the feeling is more akin to being both welcome and at peace with your environment. While this area is claimed to be haunted, my instincts made me feel as though this wasn't a place that anything was trying to keep you out of. And this is coming from two separate visits where I felt no hostility whatsoever. 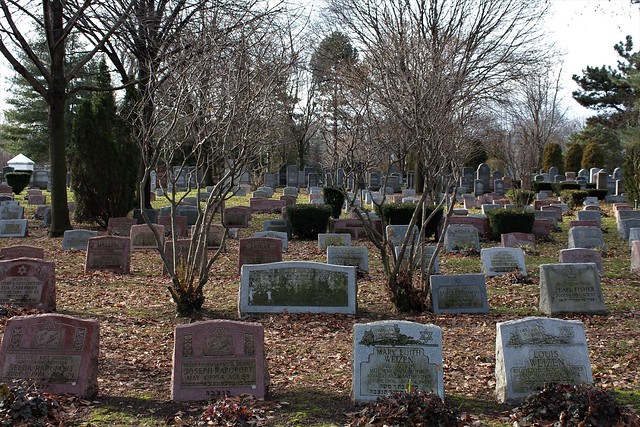 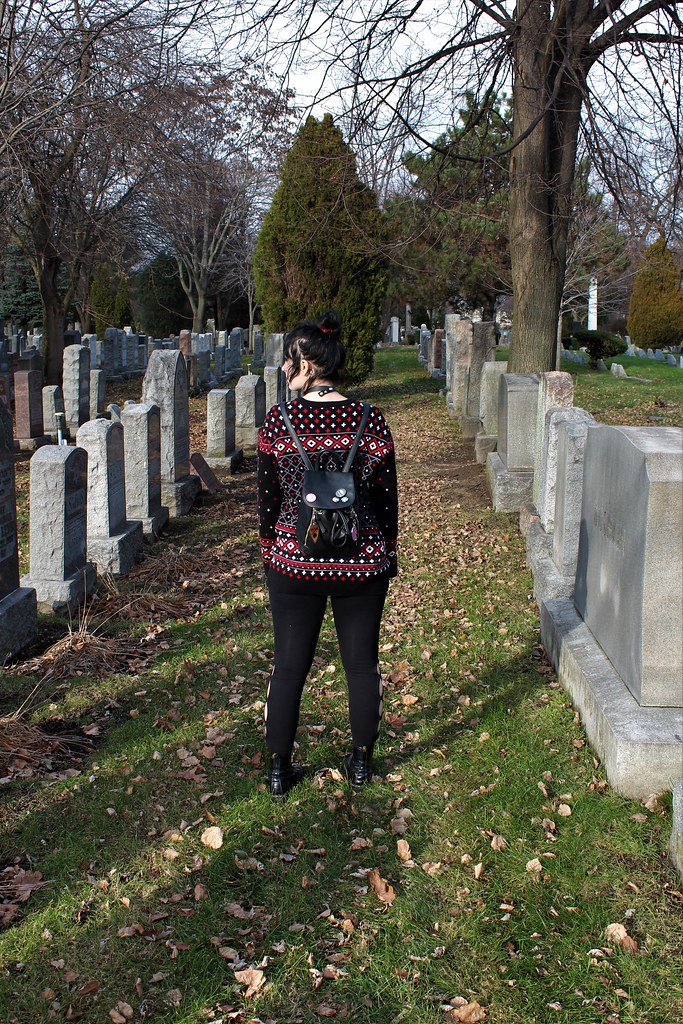 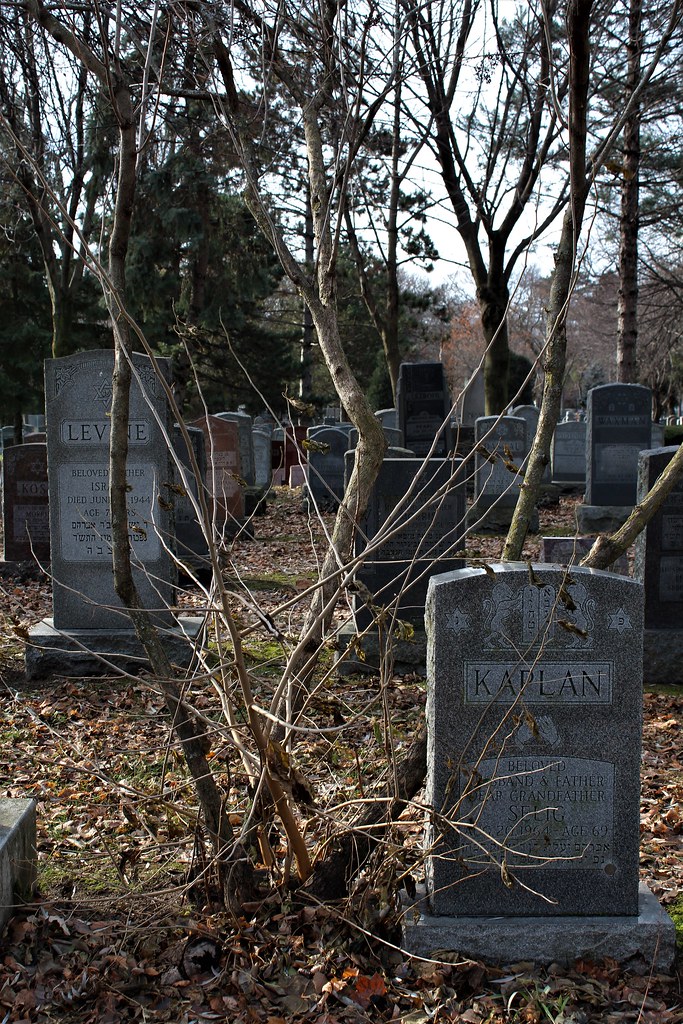 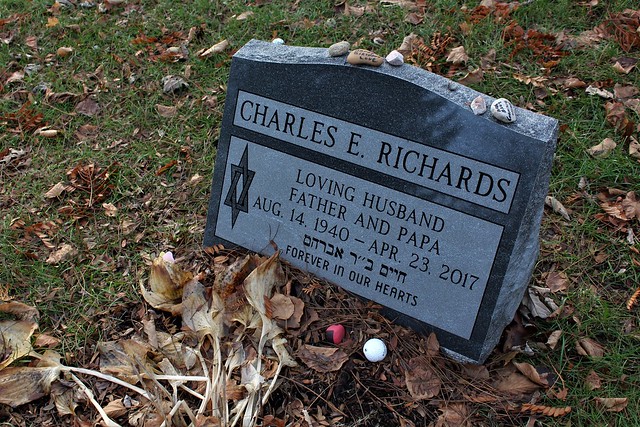 Being so close to where we live, this won't be the last time I return to Machpelah Cemetery. It's a beautiful area, especially considering it's on the edge of a suburb that borders the downtown region, and not too large for those who want a streamlined journey. A majority of the gravestones are clumped together too, a feature that's lacking in many cemeteries that seem to just randomly pick out where they are going to bury someone. Some of my favorite gravestones including couple's pictures shared on one stone, and several gravestones that were literally carved into large tree shapes, something unique i've yet to see before. I look forward to my next visit here in the near future to discover something new to appreciate about this monument to the dead.

Sara: The Machpelah Cemetery was established in 1912, a fairly young cemetery considering some of the other ones we have visited in Michigan. As Jeremy mentioned, this graveyard is one of the most welcoming ones I have ever stepped foot in. It's fairly small, and I would imagine that all of the tall grave stoned packed so close to each other contribute to blanketing the traffic nearby. Despite the busy road at the entrance, the rest of the cemetery is nestled among houses and a park, one that I have had the pleasure of wasting many hours of my youth in. So what exactly is going in at this cemetery that prompts claims of it being haunted?

It is rumored that a combination of bells, and phantom noises are heard coming from the graveyard and the park just beyond it between the hours of midnight and three am. Others have claimed to have seen strange, smokey shapes from the cemetery while driving down Woodward ave. Some residents of the surrounding area have said they have never seen/heard anything of the like, while others disagree. I have been in the park during the evening hours, and just by standing on one of the slides it is very easy to see into the cemetery and I will admit it is a bit spooky. However, I cannot confirm anything that might happen between the witching hour and three am, as I am pretty sure my parent's would have murdered me for being out that late. Something for Jeremy to look out for in the future? I think its tempting enough, being only a few streets away from our lair.

As Jeremy already stated though, the graveyard is very calm and welcoming. If any spirits are actually lingering about the area, I highly doubt they are anything sinister. The energy there may shift late at night, but for now I have my doubts. 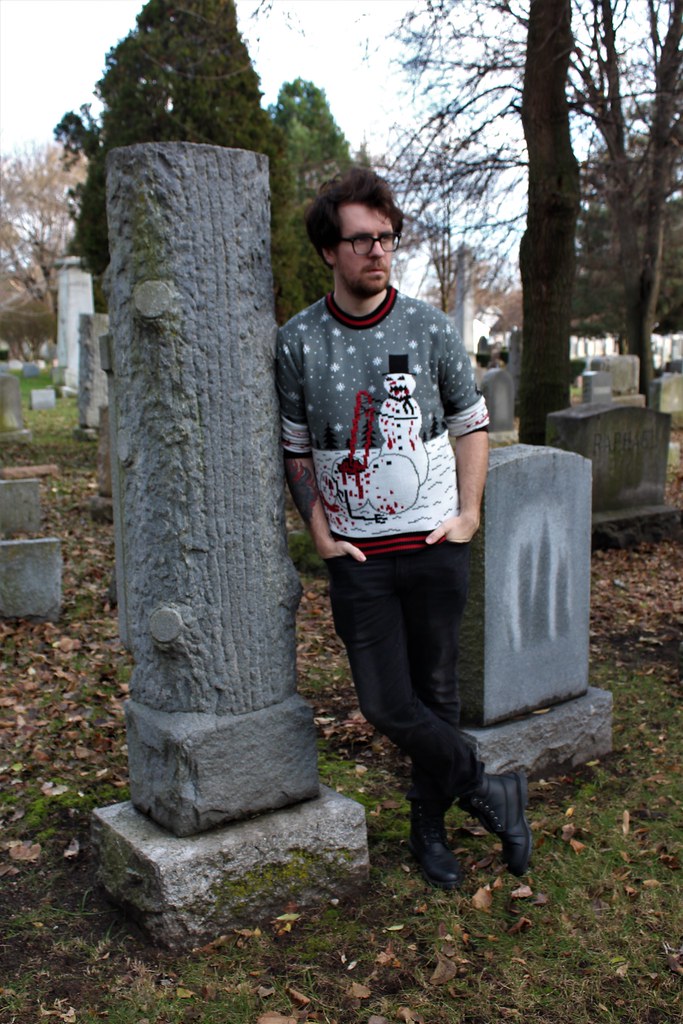 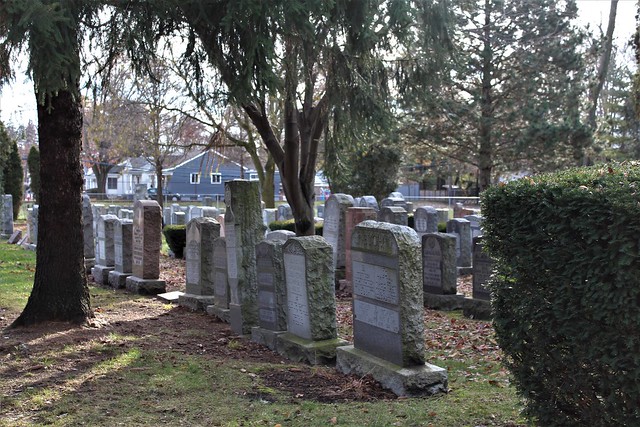 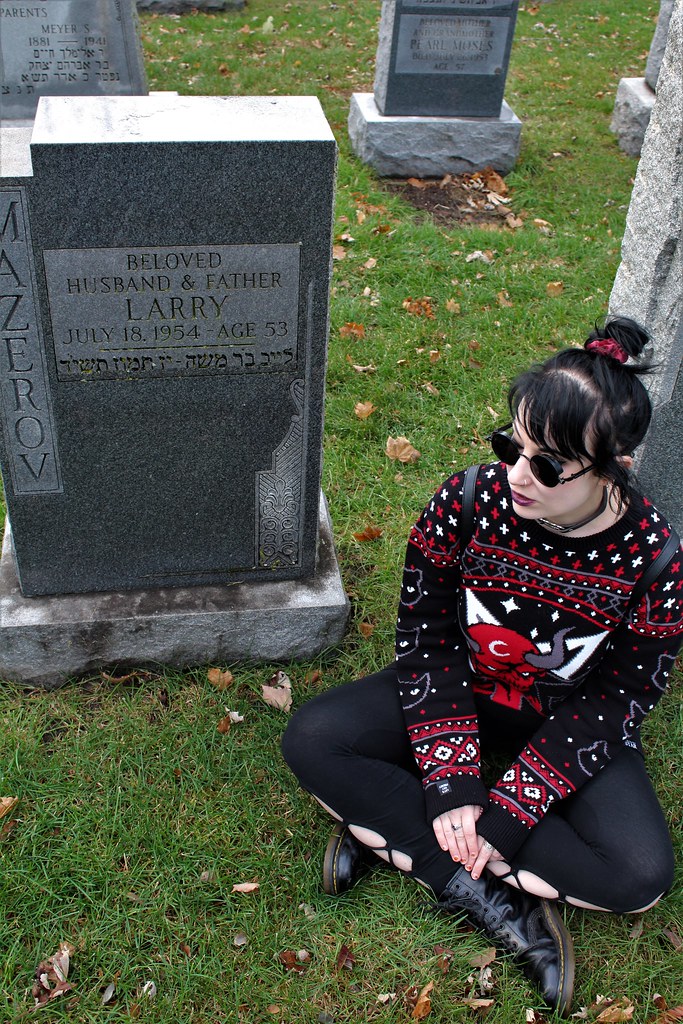 Detroit creeps! We are hoping to hit up the 8th annual Krampus Night Detroit taking place this Friday, the 7th at The Tangent Gallery in Detroit. We have never been, but this holiday charity event looks like spooky good shit, which is always right up our alley. If you will be attending, hit us up as we love to meet fellow creepy kids!

Until next time, keep it creepy, kids!