The Moving Remains Of Capital Park 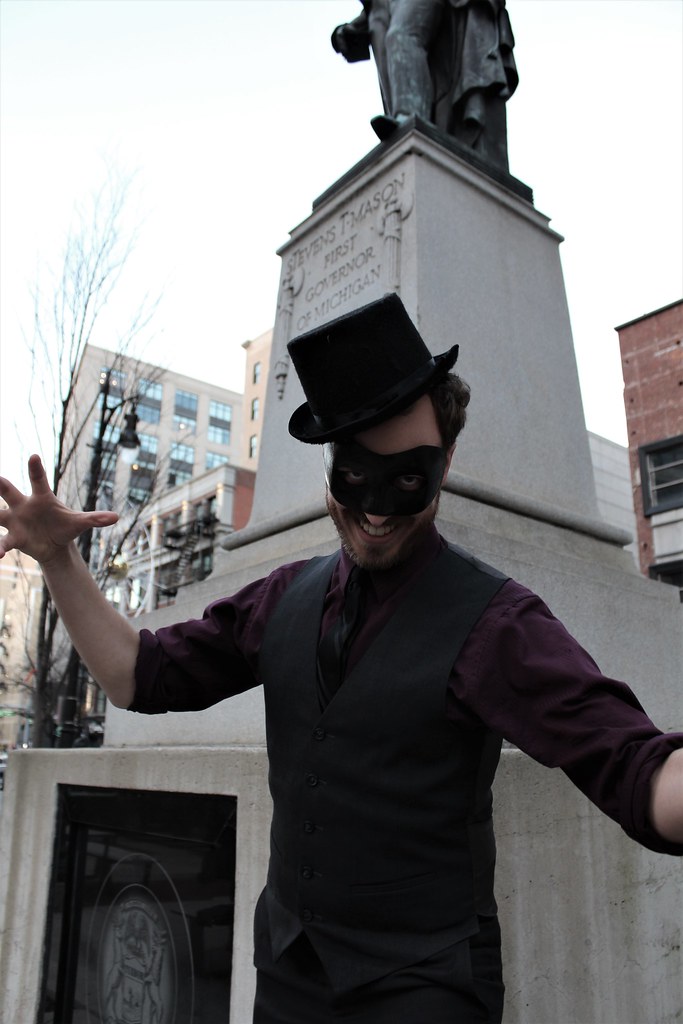 Jeremy: Something I would urge anyone who is interested in a particular location's history, especially in the case of haunted history, would be to look into stories related to sprawling urban environments. I spent a majority of my 20's living in Portland, OR; a relatively smaller and younger urban area compared to Detroit, MI, but one that still possessed plenty of haunts with rich history for my inquisitive mind to soak up. From the sprawling underground Shanghai Tunnels, which ran throughout the entire city, to the infamous Pittock Mansion that sat on the tallest hill overlooking the city, I was never want for a good ghost hunting experience. Now almost two years into my residence in Detroit, I find myself finally looking into what I expect to be a city even more brimming with tales of ghostly occurrences.

While this is our third feature on something haunted and located in Detroit, this time we had the fortune of being able to venture deep into the heart of the city, in search of the Stevens T. Mason Monument. A word to anyone who might be attempting to find the monument: Detroit's downtown area features a large variety of monuments, many which are hardly distinctive from each other. That in mind, I take full blame for us getting completely lost trying to find something that turned out being tucked away just around the corner from where we parked. In my defense, it's something that very much blends in with the city at large and i'm sticking with that version of the story, okay.

Our friend Aaron accompanied us out to the Steven's T. Mason monument amidst a very cold winter wind that swept through the busy downtown area. With the holiday season in full swing, the monument was surrounded by a site selling Christmas goodies such as wreaths, trees, and a cafe for all your peppermint latte/gingerbread needs. For what I would argue is a pretty hidden location, this offered an extra bit of serenity to mask a rather morbid secret lying just below the surface. But for that dose of haunted history, I give this story over to Sara as to why the three of us found ourselves at this particular location in Detroit. 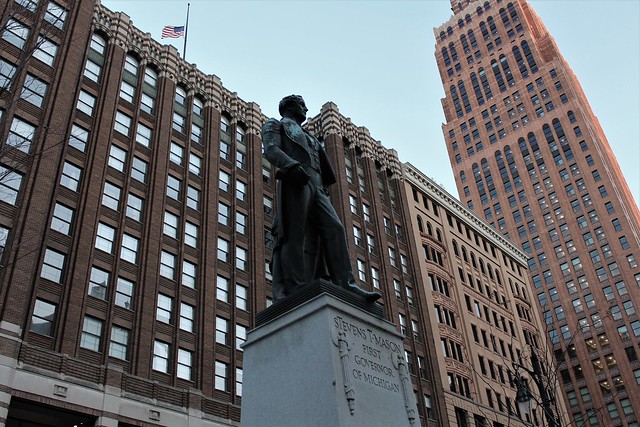 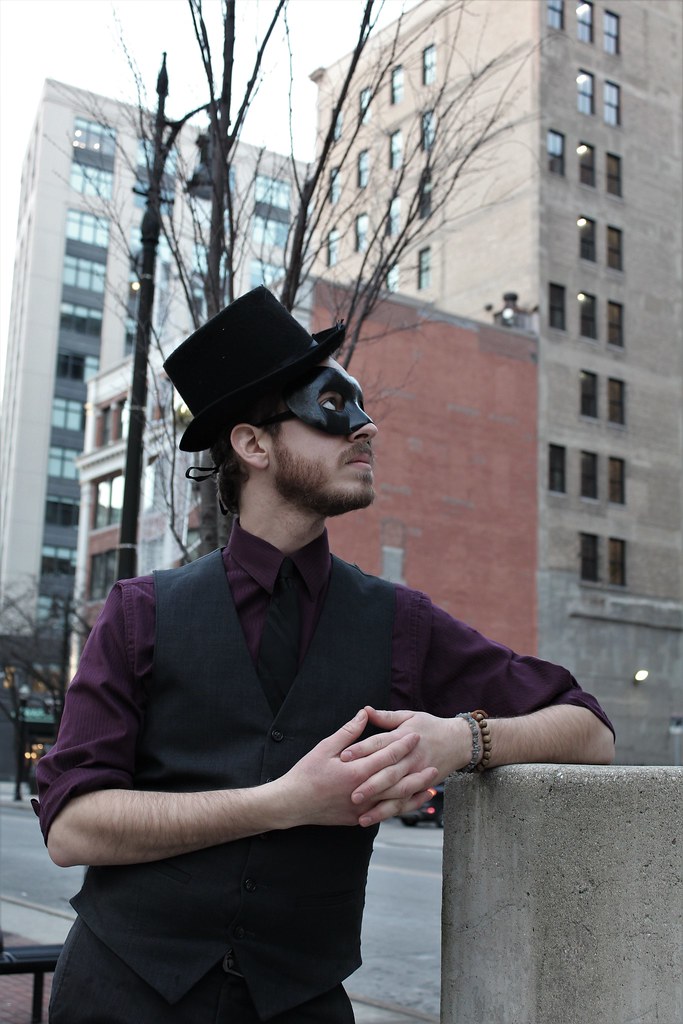 Sara: Stevens T. Mason was elected as Michigan's first governor at the age of 24, the youngest state governor in American history, earning him the nickname "Boy Governor". Originally from Loudoun County, VA, Mason successfully petitioned Congress to declare Michigan a state and remained governor until he moved to New York City in 1841. He sadly passed away from pneumonia in 1843, at only 31 years old. His remains were initially interred at New York Marble Cemetery, however it was later decided that his remains should be located to the site of Michigan's first capital, as he was Michigan's first governor. In June of 1905 his remains were brought to Michigan from New York, and in 1908 the bronze monument was unveiled over his would-be final resting place. Street redistribution and construction caused the city to dig him up yet again in the 1950's, and there was even talk of moving him to Lansing, as that is now the capitol of Michigan. Detroit resisted though, and his remains, along with his statue, were relocated within the park.

Fast-forward to 2010 and more renovations and constructions caused for the statue and Mason to be moved, again, however the construction crew ran into a problem: Mason's remains weren't there. After several days of searching, he was found several yards away. There are rumors floating around that he was moved earlier for a bus terminal, other rumors indicate that a high water table moved him. There is also a rumor that not all of him was found when he was reburied again in October later that year for his fourth funeral, flagging the monument as haunted.

Although the holiday hustle and bustle made the monument anything but menacing, I found a small bit of irony in the fact that we had trouble locating the statue, when in fact it was next to where we parked all along. Missing remains or not, I am in full belief that Stevens T. Mason does not wish to be found.

Despite December being such a packed month for us here at The Coven, we have a few more posts for you creeps set for this month. I am really excited for one in particular as it involves food and something adorably spooky. With all of the end-of-the-year craziness going on at the day jobs, it is nice to take a break with you spooky kids and we are always thankful for the comments, likes, and feedback on all of our social media platforms. Don't forget that in between posts you can talk spooky stuff with us over in our Facebook group: Coven Creeps located right on our Facebook page! Send us a request and we will get you in ASAP. Until next time, keep it creepy, kids! 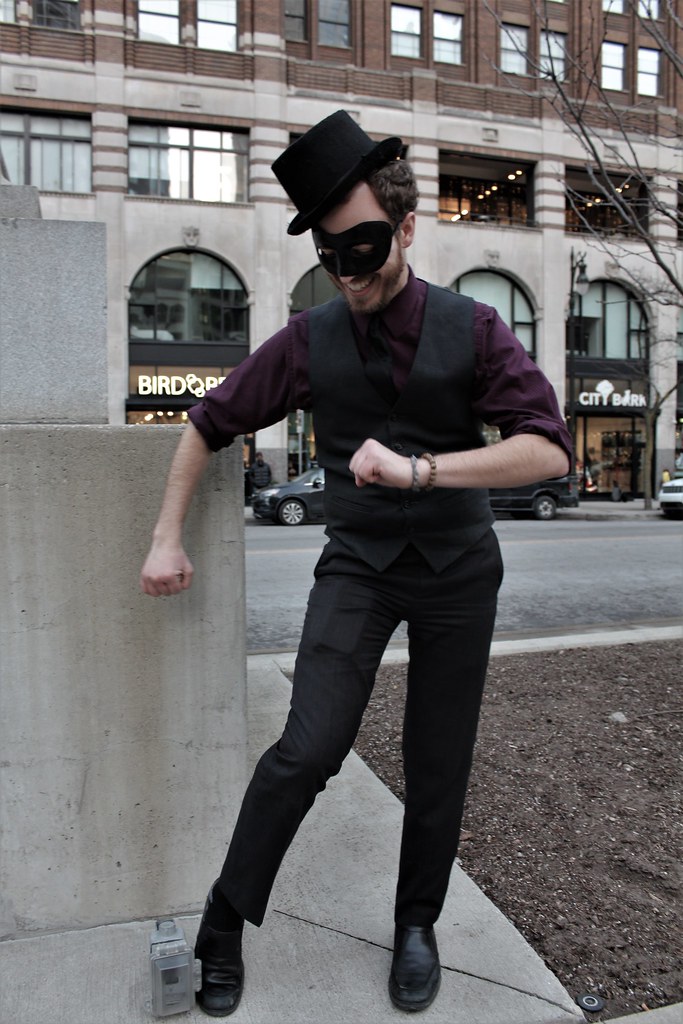 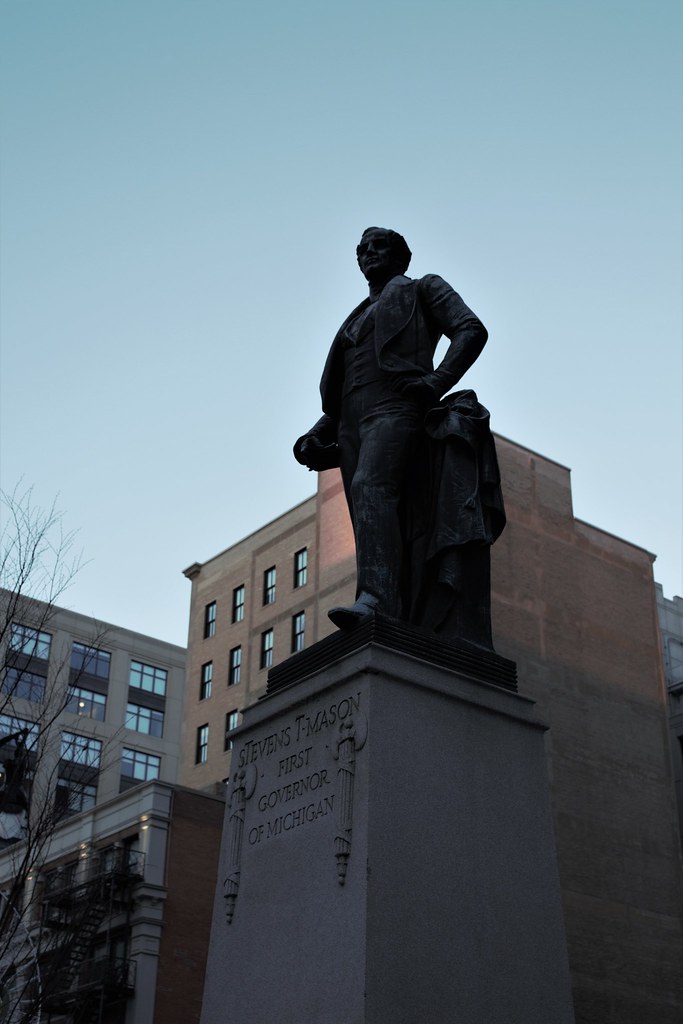