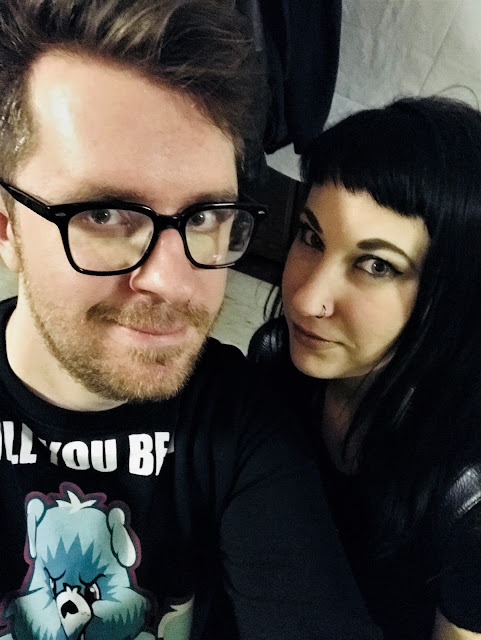 Sara: Here we are on the eve of 2019 and although this year has had its ups and downs, it has been a brilliantly spooky year for our little creepy corner of the world here at Foxy Cat Coven. We had plans to create a life style blog for some time, but early this year is when it finally happened, and we cannot thank all of our readers and fans enough for the love and support. This blog has been our outlet for creativity, and through it we have found a network of amazing people in the horror community through it. All of the movies, books, TV shows, websites we have discovered this year were all documented here or on one of our many social media platforms, and so of course we had to do a top five horror films of 2018 to wrap up the year! But before we get to that, we have a couple of other favorites worth mentioning.

One of my earliest solo posts of this year was our Dark Fairies and Dark History photo shoot and account of the St. Aubin Massacres, and it is one of my favorites. Our friend Dani was our guest model, and she was nice enough to deck herself out in her dark fairy costume for the shoot. I had the chance to do some research on not only one of the notoriously haunted areas of Detroit, but one that is literally a couple blocks where I work during the day. Having an interest in all things spooky, and having the opportunity to share some haunted backstory of an area close to home with all of you was pretty awesome. 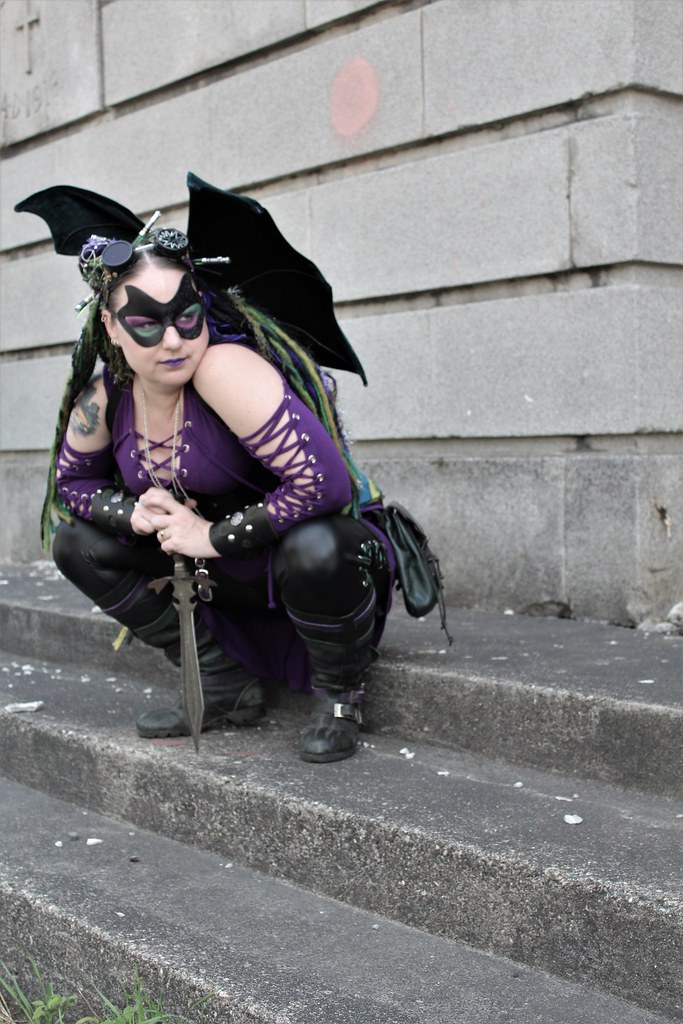 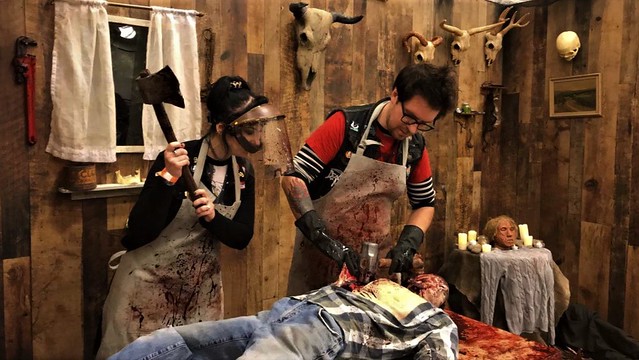 My favorite event of the year was our trip to Niagara Falls, Canada to attend Frightmare in the Falls. It was our first trip to Canada together and we had an absolutely amazing time among so many horror fans, and awesome vendors. We had finally had the chance to try out Deadly Grounds coffee (based in Canada) and became quickly addicted! I think we actually purchased around five bags to give out this year for Xmas gifts to fellow coffee addicts because it's so damn good. We had the chance to not only discover cool vendors, but also to sit in on some panels. I highly recommend doing so when attending conventions, even if the lines are long, it is so worth it to hear the banter, and Q & A's.

Jeremy: This has been a year of learning and growing for us at the Coven. It has also been a year of experimenting, trying out different types of features (such as B Horror Movie Night, foodie posts paired with films, etc) and seeing what will ultimately remain going into 2019. Like Sara, I can't thank each and every one of you enough for sticking with us during the learning phase of our little horror community. From each of our social media platforms, our FB group Coven Creeps, and for those who took the time to read our thoughts on all things spooky, you're the reason we continue to improve our craft. I can only hope we continue to impress and entertain you in 2019 as we continue to grow, experiment, and fine tune what we felt worked well in 2018.

As for what has come and past, my personal favorite event of 2018 was easily our trip over to Niagara Falls to check out Frightmare in the Falls. Set at the perfect time of year for spooky antics (the weekend before Halloween), this event represented everything i'd like to incorporate more into our blog from features on the many horror themed small businesses out there to meeting my heroes and heroines from some of my favorite films of all time. Horror cons are still a relatively new thing to me, but Frightmare especially gave me a fantastic look into a community we here at the Coven hope to become even more apart of. While I loved our coverage we did on Frightmare after the fact, my favorite post of 2018 was actually our review of our time at Krystal Lake Campground. Our summer was all about Friday the 13th, and I personally thought the photos we took to celebrate the Friday the 13th weekend for the month of July were some of our best. Not to mention us running around a campground dressed in matching Friday the 13th Crystal Lake shirts where they obviously weren't trying to associate their campsite with the films was just fantastic. 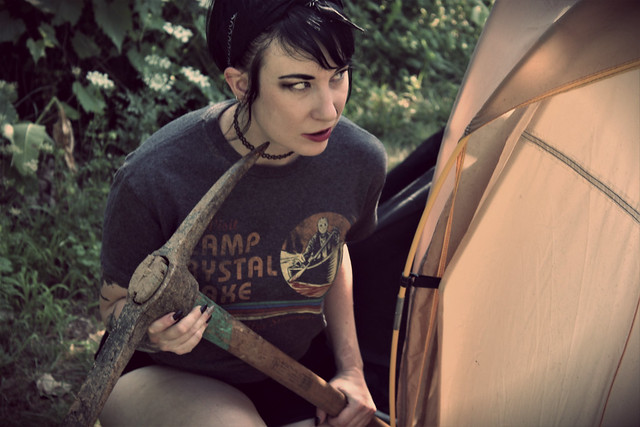 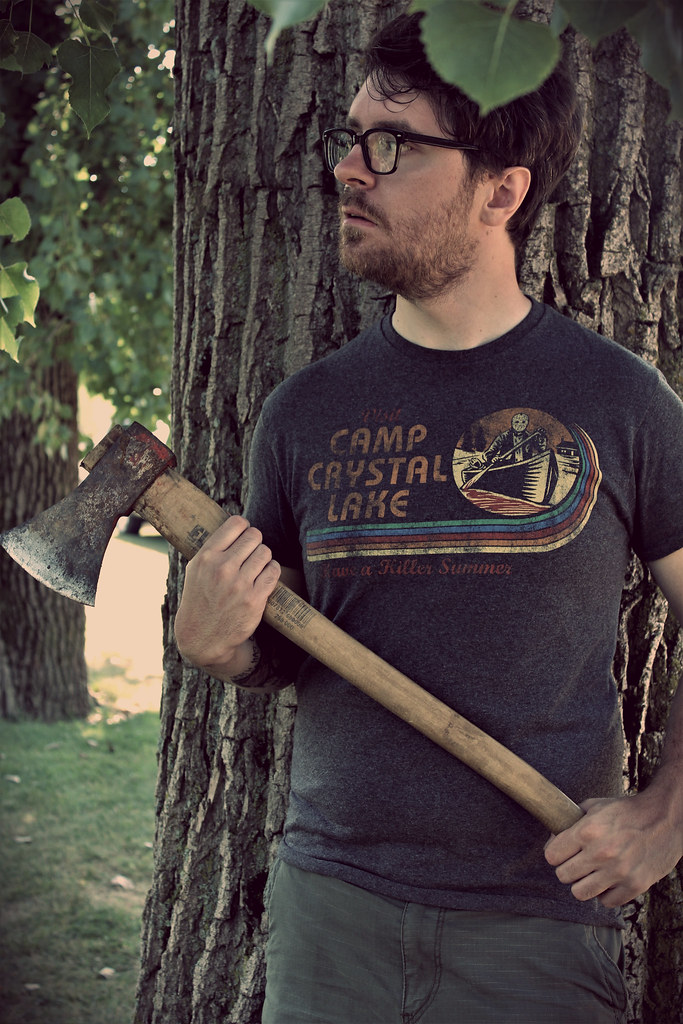 2018 was another amazing year for the horror genre, and so we both decided to pick out our top five (also including our favorite non-horror film)! Obviously, this was a tough choice if you were in the theaters as much as us, but unfortunately we did miss out on seeing a few we would have liked to (such as Suspiria, Annihilation, and Goosebumps 2). A misfortune we will be rectifying the coming month as we play catch up on the end of 2018.

5. Hellfest - Perhaps on no ones list of favorites of the year, but fuck it, this was probably the most fun i've had seeing a horror film in theaters this year. Could've gone a little further with the gore for a slasher film, but as a movie meant to sell you on haunted house attractions, this one delivers.

4. Terrifier - A massive improvement over the disappointing All Hallows Eve, this quasi sequel is an insanely cool/gory homage to 80's horror slashers. This was featured in our October B Horror Movie double feature and remains my favorite of the year for that format. The reception on this has been pretty polarizing, but I personally would love to see a franchise out of it if the story can continue to remain fast, brutal, and creative.

3. Mandy - Sara and I have been championing this one ever since its release, one that was so limited that you absolutely owe it to yourself to seek this one out, be it on Blu Ray or over on Amazon Prime as of writing this. I admit i've never been a huge Nicholas Cage fan, and while this film didn't make me want to go seek out all his other films, I still found his character and the breathtaking world he exist in to be a revolutionary step forward in film. More than even the two films I place about this, Mandy has such an uncanny knack for visual flair that I can't help but get lost in its presentation. Completely recommend.

2. Unsane - Where as Hellfest was the most fun i've had in a theater, Unsane has been the most invested i've been in watching a film this year. Like Mandy, this didn't see a huge release, but is a film I would recommend even more so for perhaps being more digestible to a larger crowd. A psychological thriller that is one of the best representations of its concept, the extreme end of the horrors of stalking in all forms, Unsane is a film that I will likely spend all of 2019 trying to introduce to as many people as possible.

1. Halloween - Alright, maybe my most obvious choice here. And something I feel pretty alone in thinking, but Halloween 2018 is the best sequel to the original film of all time and I will continue to stand by that until something better comes along. Featuring an improved soundtrack over even John Carpenters classic, fantastic kills, hardly a dull moment, and my favorite representation of the Michael Myers character, Halloween is completely successful within its franchise and genre. A genre that also happens to be my favorite, a little bias but eh. 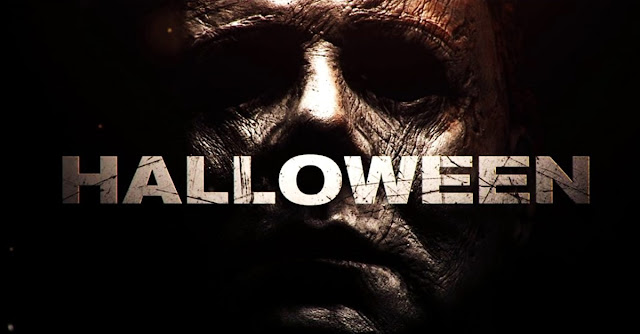 Sara: 5. Hellfest- I too had to put this little gem on my top five horror films of 2018. I didn't expect much going in, which is probably why it surprised me with how much fun it was. Not to spoil anything, but the ending was pretty perfect, and left me hoping for a sequel.

4. Unsane- I was kinda buzzed when we went to see Unsane (movie theater long islands are no joke), but that didn't stop me from being completely hooked into this movie. We purchased this one the day it came out, and I am jonesing to pair it with Girl Interrupted (1999) for one of our Sinister Pairings posts.

3. A Quite Place- As the self-proclaimed nerd-half of this coven, I really appreciated this alternate-reality, science-fiction/horror flick. Yes, there were moments where ideas were a bit of a stretch, but this film was fun and action-packed. It pairs so well with the Cloverfield movies, so if you are fan of those, you will probably like this one.

2. Halloween- Halloween was probably one of the most hyped horror films of this year, and deserving so. Horror fans new and old all can appreciate a modern update on one of the most classic slasher movies of all time, with some pretty awesome kills and comic-relief thrown in. Mostly, its fun. Pair it with Hellfest for a Halloween-slasher double feature next October to set the mood for the spookiest month of the year.

1. Mandy- My absolute favorite horror film of this year is Mandy. I dragged Jeremy and his brother to see this film when we went to visit in Arizona back in September, not fully knowing what to expect of this movie and I was completely blown away. Visually, this film is a beautiful acid-trip, thrown up all over a 1980's comic book. The best performance I have ever seen from Nicolas Cage, and a perfect blend of action and horror. 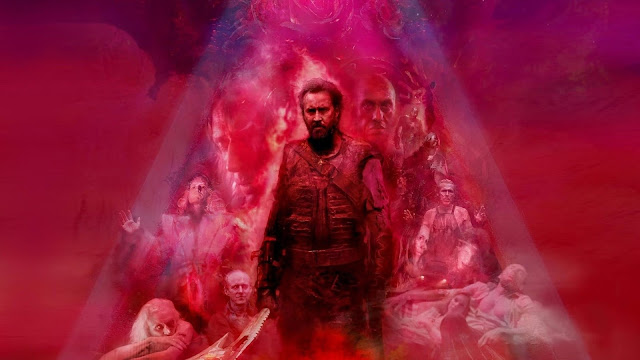 Jeremy: Favorite Non-Horror Film of 2018: Harold & Maude (1971): So, we decided to do something a little different for this, especially considering I didn't see a whole lot of non-horror in theaters this year. Instead, I chose a film out of those that I saw for the first time this year, and this was an easy choice in going with Harold & Maude. And not just because I dream of owning a hearse one day. The comedy in this film is very ahead of its time, dark, hilarious, and unrelenting in its absurd nature. Not to mention featuring the most unlikely love story, one that manages to be even more touching than a majority of what I see in theaters today. A true classic.

Sara: Favorite Non-Horror Film of 2018: Black Panther (2018): First off I have to comment that I am super proud of myself for introducing Harold and Maude to Jeremy because I have always had a soft spot for it. Secondly, I have noticed that a lot of people in the horror community tend to either really love or really hate super hero movies. I am one of the ones who absolutely love (most) of them, and instead find myself to be bored with your basic run-of-the-mill action movies. That being said, my favorite non-horror film of this year was Black Panther. It is probably my favorite Marvel movie where they don't bore you to death with introducing a new character, they balance the into with the story perfectly. It is visually stunning, hilarious, and choc-full of badass women. For my super-hero loving friends out there, please, please watch this film.

With that we are off to get ready to celebrate the end of the year with some friends, but we would also love to hear some of your favorites! Leave us a comment, or hit us up on Twitter, Facebook, or Instagram, all at @FoxyCatCoven! Have a safe and wonderful new year, and as always, keep it creepy, kids!