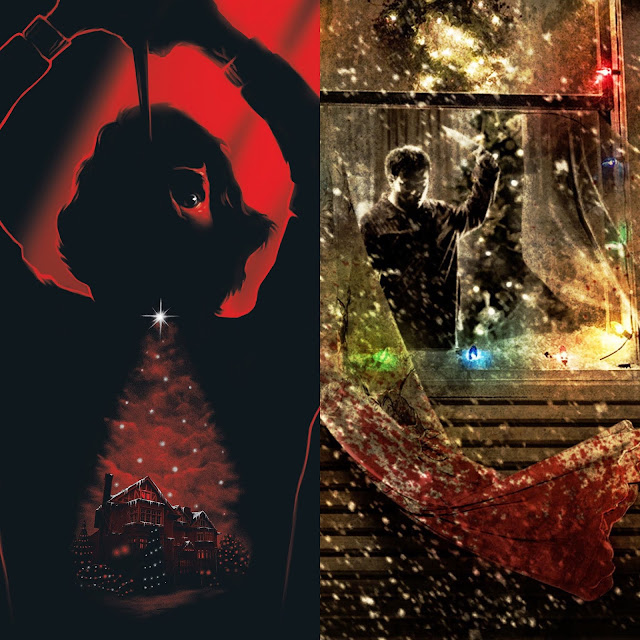 Jeremy: I'm not going to even attempt to argue the merits of 2006's Black Xmas over the Christmas classic that is the original Black Christmas. But, as I have with many films of the horror genre that have gotten the shaft for being hyper violent/hyper stylized versions of their source material, I sure as shit am going to shed some light on why Black Xmas, along with Black Christmas, should be on any horror fans watch list during the holiday season. And while it seems to many people that Black Christmas should be a no-brainer as an essential watch, if 2018 has taught me anything it's that this film is far more cult than I initially realized. Not a whole lot of people have seen it, at least compared to other such Christmas horror classics like Gremlins or the more recent Krampus, thus missing out on, out of any other film associated with this season, absolutely the best the Christmas Horror genre has to offer.

Directed by Bob Clark, who many will know as the man behind that other Christmas film you were forced to watch every year, and featuring early performances by such horror icons as John Saxon and Margot Kidder, Black Christmas is an early example of the slasher genre, before Halloween kicked off the craze. In addition to including first person views by the killer, calls coming from inside the house, and a sizable body count, Black Christmas is also famous for its surprise ending. In what is possibly the most talked about aspect of the film, we are never given a concrete resolution as to the identity of the killer, ending on a foreboding note as to what further mayhem might befall our heroine. Very Halloween III: Season of the Witch, and very much appreciated for taking a risk. I didn't grow up with Black Christmas, but about a decade ago I was fortunate enough to come across a bare bones DVD copy of the film that was of marginal visual quality. But shitty copy of the film be damned, Black Christmas was pretty damn creepy for a first time watch with no context. Those unhinged phone calls especially, accomplished by merging several different vocal tracks at once, stood out as further heightening the terrifying mystique of the killer known in the credits of the film as "The Prowler". And for such a relatively low budget, it accomplishes far more visually than it has any business to.

While not the first slasher film, Black Christmas remains revolutionary in its status as an important step forward in horror history before everyone and their dad thought they could made a slasher movie. With the release of the gorgeous Blu-Ray edition of the film by Scream Factory, now more than ever I urge anyone who hasn't seen it, to immediately seek out Black Christmas. Some may say it's of its time and hasn't aged as well as something like say, The Texas Chain Saw Massacre (released the same year). But, for my money, it is just as relevant and entertaining today as it was upon release. But can the same be said for its loose remake, Black Xmas, that would arrive over 30 years later? Hell no, but that's not really such a bad thing! 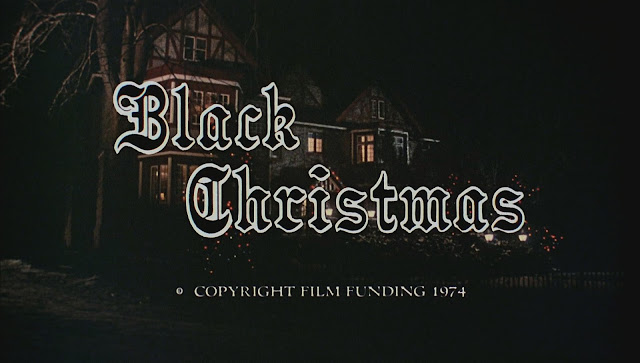 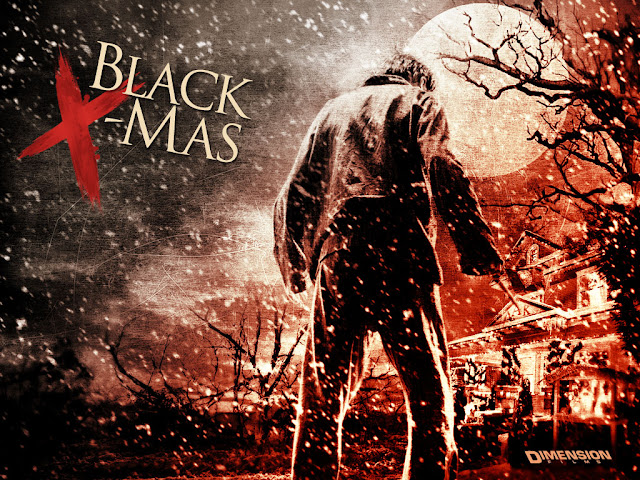 Black Xmas bears little resemblance to its source material, its loud, fast, violent as fuck, and is not the least bit frightening. While also taking place in a sorority house on Christmas time, and with plenty of murder, that's where the similarities end. Black Xmas goes the Rob Zombie's Halloween route by not only revealing who the killer is (Two killers this time!), but also giving them an extensive backstory. A backstory so fucking off the rails, I can't help but love it. What other film is going to have your antagonist beat someone to death with a rolling pin and make Christmas cookies out of their skin? The girls of this sorority, instead of being portrayed by people who look and act relatively normal in the original, all look like models and are separated by the most thin of character traits. And really, that does nothing to diminish a film that was always going to be about the maniac who stalks them. Your guess is as good as mine as to why Billy has yellow skin, or that his sister Agnes is very clearly played by a dude, but to me, it just adds to the overall oddball nature of the film. They are just as relentless as "The Prowler" from Black Christmas, perhaps even more so, and definitely seem to have a thing for fucking up peoples eyes over any other possible kill.

And speaking of kills, Black Xmas is not only far more graphic with them, but includes over double the amount of the original. In fact, there's hardly a moment of Black Xmas that isn't a kill in progress, the whole thing moves at such a fast pace that you forget who is dying and have absolutely no time to build any kind of tension. If this sounds like i'm bashing the film for it, I firmly believe this works in its favor. Funny enough, because everything moves along at such a brick pace, it's easy to look past the fact that there is hardly any substance here at all. But it makes up for it in style, being an even more holiday focused film than Black Christmas, with awful Christmas-themed puns and dialogue. Plus, the decor department was absolutely on their game here, and granted might be the only clear improvement over the original. That aside, obviously i'm going to recommend Black Christmas over Black Xmas, it's always going to be a classic for years to come, that anyone interested in holiday horror is likely to enjoy. Black Xmas is a guilty pleasure I don't feel so guilty about. I'd recommend you watch it first if you've seen neither of the films, just to erase any expectations you might have. And probably watch it a time or two more, because despite all i've said, I hated Black Xmas the first time I watched it just like everyone else.

Everyone have a very spooky holiday, we have a couple of posts left for December, so stay tuned! As always, keep it creepy, kids!
Media Massacres OG vs Remake