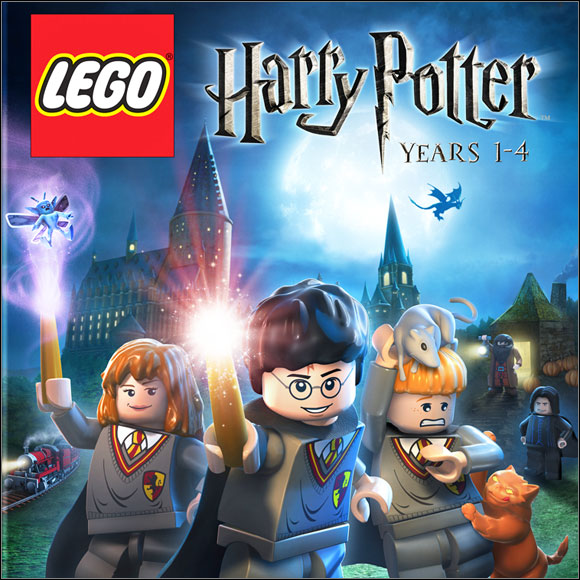 Jeremy: To take a little break for a moment before heading back into some more delicious and horrifying content in December, we have a review! For a LEGO game. Harry Potter LEGO, motherfucker. This is a game that Sara and I have been working on together for over a year now, and holds a special distinction for us as the first video game we've resolved to complete and 100% together. While Sara can give you far more information on the genre of LEGO-centric video games, I can attest to the fact that i've spent about fifteen minutes with one of the Star Wars LEGO games one time, and that's about all the experience I have with LEGO's massive library of games. But in all honesty, those few moments before deciding to pick up the Harry Potter collection were all I needed to determine that this collection of games was going to be an easy to pick up, hilarious, and fun way to experience these beloved films in LEGO format.

I wasn't a huge fan of LEGO sets as a kid, largely to do with the massive price tag that was attached to most of their sets. But whenever I did have the opportunity at a friends house or through some other method to mess around with building some basterdized version of what was on each box, I had a fucking blast. And personally, i've always been impressed with the level of creation that can come from block-y structures with characters you can swap the head out for anything you can think of. Mix this charm with a love for the Harry Potter books and films that have been there since the release of Sorcerers Stone (Or Philosophers Stone if you're not American), and I knew this video game was a recipe for success without reading a single review. And you know what, I was right. LEGO Harry Potter Collection on PS4 is an addictive and faithful to the series game that is far more deep than I expected. 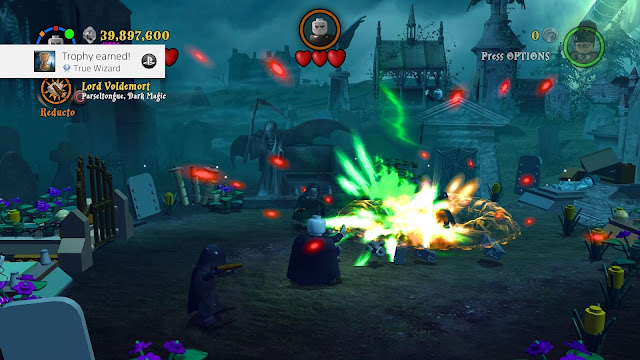 Spanning all seven years of the Harry Potter series, this collection tells a streamlined story that focuses primarily on collecting, with some combat here and there to test out the many spells you learn. And the nostalgia overload is very real throughout. If there's one thing I appreciated more than anything else too, it's that the quality of gameplay and what you need to actually do in the game is maintained throughout, getting more and more satisfying the further you explore outside of the main story. While I can't comment on how this compares to other LEGO video games, I can confidently state that this is about as perfect an adaption of a series in LEGO form that I could imagine, and I look forward to further exploring some other title in the franchise.

Sara: Due to a pair of cousins getting into a fist-fight over their Sega system back in the nineties, my parent's were pretty strict on gaming in our household growing up. We were allowed to purchase our own Game Boy Pockets, then later on, Game Boy Advances, which led me down the road to Super Mario Land 2, Warioland, and the cult classic: Spot: The Cool Adventure (I say that with liberties). However, by the age of 19 or so, I kinda lost interest in gaming. Blame it on working one very long, and miserable holiday season at Best Buy, but at that age I had too many other factors in my life to suck up my income (yay college life).

Fast forward to the beginning of 2017 when I used part of my tax return to get Jeremy a pretty cool (stupid early) birthday gift: the PS4. I did own an Xbox 360 that I bought off of my friend Dan a little while back, but I almost never used it because of one factor: the analog stick. Being a nineties child, and considering the gaming systems I had been equipped with, I was privy to the slide-screen. My friends were off kicking ass with games like Dragon Age, and I was over here failing horribly at Minecraft because I would end up getting stuck in the bushes, or staring up at the sky. I quickly became disinterested in gaming until I came across one of the games Dan had suggested: LEGO Batman. The LEGO games were similar enough to side-scrolling, and I had my fill of them when Jeremy bought me a Nintendo DS last year. While browsing the used games at Game Stop, I saw LEGO Harry Potter and we snatched that bitch up.

What I particularly love about LEGO Harry Potter: Years 1-4, is that it gives you hours upon hours of gaming time because there is so much to do. You get to switch it up with choosing who you are playing between Harry, Ron, and Hermione. Harry is the only one who is good at flying the broom, Hermione carries a spell book, and Ron has Scabbers. In some sections, you get to play as Hagrid, who has strength that the others do not. After each quest, you get to travel throughout Hogwarts and it's surrounding grounds and tryout your new spells and talents around the school, gaining coins, badges, and bricks as you go. 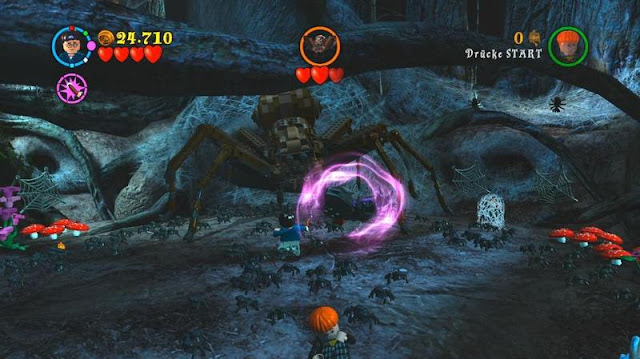 I completely adore the cut scenes, as they are parallel with the books/movies, however none of the characters actually talk. They primarily laugh, scream, and grunt. There plenty of side quests too, where you can collect loads of coins and bricks, all needed to purchase special spells/complete the game at % 100. As Jeremy mentioned, we started this game a year ago, however, we had to restart the PS4 recently resulting in us having to restart the game.  Neither of us are too upset about it though, because as much as horror and spooky things in general are the theme for this blog, we both have a soft spot for Harry Potter. And, with Fantastic Beasts: The Crimes of Grindelwald out in theaters right now, it was a perfect time to revisit this game.

That being said, how would you creeps like to see more fantasy mentioned here at The Coven? You can drop us a comment below or leave us your thoughts by following us on Twitter, Instagram, or Facebook. Don't forget to also check out our spooky holiday playlist on Spotify: Christmas Creeps! Stay tuned this weekend for our first post of December which includes our next theme for that month. Until then, keep it creepy, kids!