Jeremy: You've read our thoughts on the horror genre's creepy twins in the realm of film, and even video games. But what of those real life twins who continue to provide inspiration for such media? Today we wanted to take a look at a couple of these tales of twin terror throughout history. Every scary concept in the entertainment world comes from some primal fear, and the stories that come from it. Many twins in history have been involved in stories surrounded in mystery, propelled by the relatively unexplained phenomenon known as "Shared Psychosis". This disorder can best be summed up as a delusion that manifests itself within an individual who has a very close to connection to someone already suffering from psychotic episodes. In the case of twins, who tend to share a natural connection described by this disorder, it could be argued that they are most susceptible to falling victim to this shared delusion. And for the purpose of the story i'd like to give some attention to, this seems to be most apparent. 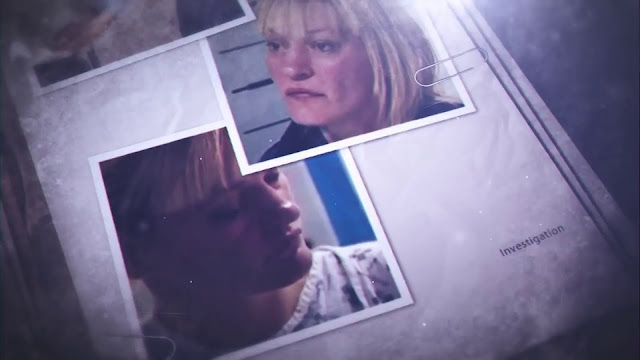 A little over ten years ago, an incident that garnered national attention, involving Swedish twins Ursula and Sabina Eriksson, occurred in the United Kingdom. One which began as a simple disturbance on a bus headed for London, that ended in the murder of an innocent caretaker. What seems to be most puzzling about the whole affair is the lack of reasoning behind the erratic change of behavior from two woman who had no history of criminal activity or bouts of insanity. To back up from the incident in question, it all began with Ursula's visit to Ireland to meet with Sabina in May of 2008. Sabina, living with her husband and two children, and for reasons unclear, was suddenly inseparable from Ursula, who had been living in the United States for years by then. And not long afterwards, the two secretly departed Sabina's home to Liverpool, England, where it was later revealed by the police they reported to that they both feared for the safety of the children after a fight between Sabina and her husband had previously occurred the night before. Strangely enough, however, the two, instead of staying put or attempting to head back to Ireland, departed for London instead. And this is where we find that things really started to go wrong.

Having been kicked off their bus due to the pairs erratic behavior, the Eriksson twins attempted to travel by foot along the highway but would soon turn to sprinting along it, attempting to cross the extremely busy road, and later claiming they were being chased by maniacs. This caused chaos on the motorway, and the two sustained minor injuries before police arrived, accompanied by a small television crew, to prevent them from crossing. However, after being restrained by police, Ursula broke free, dashing into oncoming traffic and ran straight into the side of a vehicle traveling at high speed. If that wasn't odd enough, Sabina quickly followed in the same fashion, being struck head on. Ursula, having had her legs crushed told those attending to her immediately after the accident, "I recognize you - I know you're not real." While Sabina, who somehow sustained injuries that only put her out of commission for fifteen minutes shouted, "They're going to steal your organs!, screamed for help and the police, and was eventually retrained and sedated.

While Ursula went on to recover from the ordeal and return to normality, the story wasn't over for Sabina. After being released from the hospital and deemed mentally stable, Sabina would run into two men out walking, in search for where her sister was being held. Seeking shelter, and displaying an odd demeanor, one of the men allowed her to stay the night at his home. What would be a night of paranoid behavior and recounting of how she would find her sister, would lead to the unexplained fatal stabbing of Sabina's host and her subsequent flight from the home, all the while hitting her head repeatedly with a hammer, according to an eyewitness. As paramedics were alerted, they would end up chasing Sabina all the way to a bridge in Heron Cross, where she leaped from fracturing her skull and both ankles in the process.

Both twins would go on to survive, with Sabina serving only five years in prison before returning to society to this day. While the events that took place involving the Eriksson twins have no clear cut answers, I think it's safe to say once again that this is a prime case to study in the realm of twin shared psychosis. 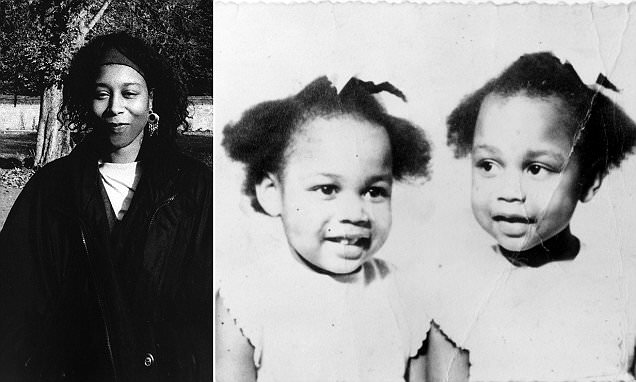 Sara: Twins have always been an interesting subject for me, mainly because my high school had so many sets of twins, there was an entire article dedicated to the subject in one of the yearbooks. I ended up in a long-term relationship with someone who was a twin, and I saw first hand some of the closeness between them that pales in comparison to my own experiences with siblings. I am not entirely sure what continuously draws the attention of the horror genre to twins, however, I can say that the idea of there being someone who looks very similar or exactly like you, who has been there with you since the womb, who has shared every experience of life with you, creates a unique world just for them that is almost surreal to ours.

June and Jennifer Gibbons were a set of twins that did indeed create a world entirely for themselves, by only speaking to each other. Thus earning the name: The Silent Twins. Born in Yemen, then moving to Wales at a very young age, the identical twin girls were inseparable. Being the only black children in their community, they were often bullied in school, resulting in them communicating with each other exclusively.  Initially, their high-speed Bajan- Creole was difficult for others to understand, but their language qualified as an example of cryptophasia, which was exemplified by their actions which were often mirrored. They eventually only spoke with each other and their younger sister, Rose. They were even sent to different boarding schools in an attempt to rid them of their isolation, but it only resulted in the twins becoming catatonic while separated from each other.

They were inevitably reunited, and then spent several years in isolation creating many plays and stories. They each wrote several novels published via New Horizons, and made several attempts to be published in magazines which led to be unsuccessful. June and Jennifer eventually turned to crimes such as arson, which led them to being admitted to Broadmoor Hospital, where they remained for 14 years. During their stay in the hospital the twins began to believe that one of them had to die in order for the other to be truly free, according to The Sunday Times journalist, Marjorie Wallace. Jennifer apparently agreed to be the one to sacrifice her life, and passed away in March, 1993 while being transferred along with June to an more open clinic in Wales. Jennifer's sudden death to this day remains a mystery as, she died of a mild inflammation of the heart despite there being no evidence of drugs or alcohol in her system.

After Jennifer's death, June gave interviews to Harper's Bazaar and The Guardian, and as of 2008 is able to live a semi-normal life near West Wales, and is no longer being monitored by psychiatric services. However, a 2016 interview with her sister Greta reveled that the twins incarceration left the family deeply troubled.

This wraps up our Creepy Twins themed month, though we still have one more post up our sleeve before December hits, so stay tuned for that! If you missed any of our Creepy Twins posts this month, they can be found on our side-bar under "November", and you can find all of our twin-themed #TuesdayHorrorRecs for this month via our Instagram and Facebook page. Also! Don't forget that we have a very special spooky holiday playlist: Christmas Creeps available on Spotify! Until next time, keep it creepy, kids!
Creepy Features