Jeremy: With a little over a week away until Halloween, everyone (or maybe just me!) is burning through spooky soundtrack after spooky soundtrack in order to set the mood for whatever Halloween mischief they're getting into. While i've become accustomed to many generic "haunted sounds" soundtracks that grace every nearly every decorated street in America, when it comes to throwing a truly frightening event (or simply to get yourself in the mood for a scary time), everyone has their own set of tunes for the occasion. Earlier this month, we created a Halloween playlist for you creeps in order to provide a versatile list of songs that we think best suit the spirit of the season. We generally tried to avoid putting more than a few songs from one source, but that's not to discount that there are many film and TV soundtracks out there that are spooky from start to finish. And so, as an extension to our Halloween playlist, I have for you a top five list of my personal favorite albums to reel in our favorite time of year. 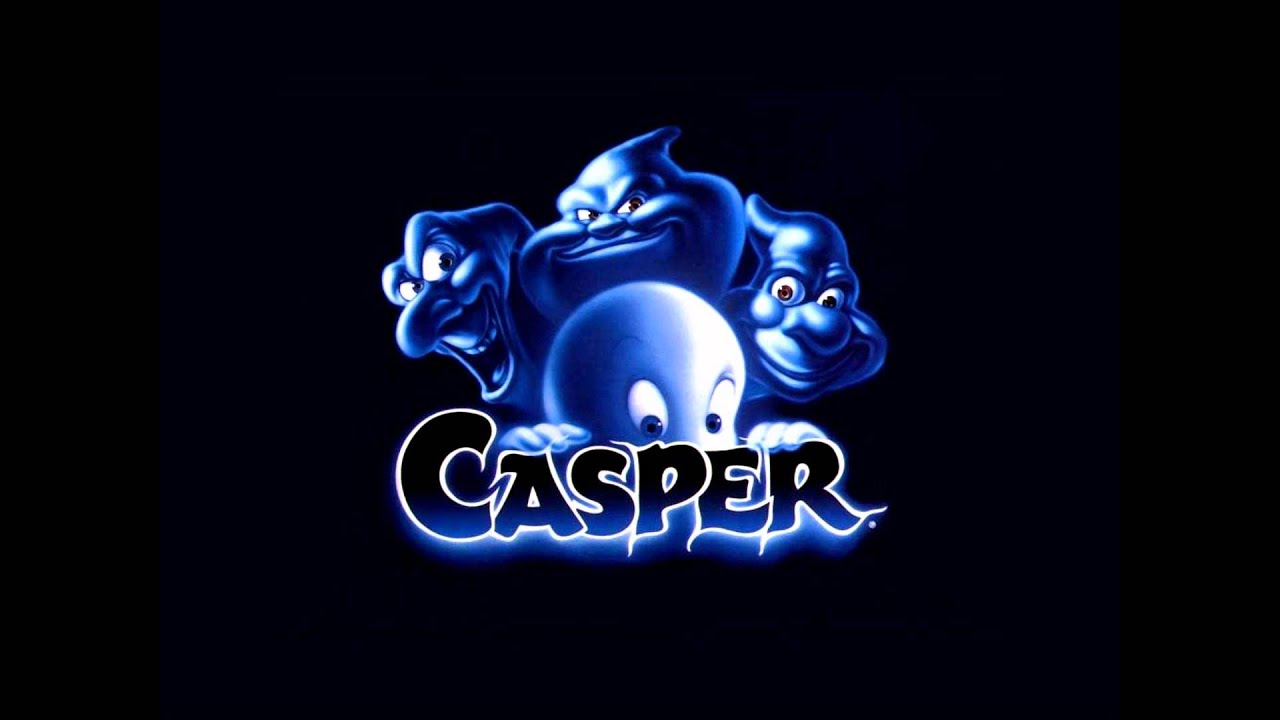 #5: Casper (1995): While I was tempted to include such films as Hocus Pocus, It's The Great Pumpkin, Charlie Brown, or even The Addams Family, no film from my childhood more signified the arrival of fall and the promise of a Halloween night soon to come, than Casper. I will be the first to admit that it hasn't aged well, with more holes in its plot than my dental record, and special effects that are best left to 1995, but through it all, that soundtrack still holds a very special place in my psyche. Conjuring up madcap imagery of bizarre haunted houses mixed with an emotional backstory that got to me even before I fully understood the concept of death, I can still recall the entire films imagery from this album, even if it's not a film I always find myself revisiting. Granted, this is a fully personal choice based almost primarily off of nostalgia. However, I still believe anyone who was alive to experience Casper as a kid in theaters (and out of them too, the merchandising for this film was INSANE), will likely be taken back to the same place I continue to find myself within this music, no matter the length of time it's been.

#4: The Exorcist (1973): This was a little difficult to approach, as i'm only referring to the re-edited soundtrack used for the 2000 re-release of The Exorcist with the sub-header "The Version You've Never Seen". Having not seen the film in its entirety until this year, this is the music that I grew up with, perhaps my most terrifying score on this list. What makes the soundtrack for The Exorcist, one that (no matter what the version) is widely considered a classic, so reminiscent of Halloween for me is timing. I saw The Exorcist for the first time either on or very close to my first horror movie Halloween night, literally setting the standard for what I would be doing every October 31st for the next 18 years and onward. While Tubular Bells (generally what has been chosen as the unofficial theme to the movie) is a fantastic piece that has been on every spooky playlist i've ever made, I can't discount the truly unsettling opening track, which may very well be the most sinister piece of music i've ever heard. #3: Suspiria (1977): If you've not yet had the opportunity to check out the band Goblin's extensive library of terrifying progressive material, now is the time. These guys have fucking owned it throughout the history of horror movie soundtracks. Providing the score to many of Dario Argento's films (Most famously, Suspiria), they have also shown up on albums for such films as George A. Romero's Dawn of the Dead and Zombi. But for this horror fiend, Suspiria is not only host to the greatest collection of horror sounds they've created, it also is both a quintessential viewing and listen for the Halloween season.  Featuring otherwordly sounds of horror, fairy tale-like synth, and piercing chants of "Witch!" to keep the listener guessing with a false sense of security. Suspiria is one of my favorite, sometimes even of all time, horror films so it could be argued i'm a little biased in elevating its soundtrack to one of the best i've yet to hear. Be that as it may, this soundtrack has been with me my entire adult life as a required listen for this time of year. 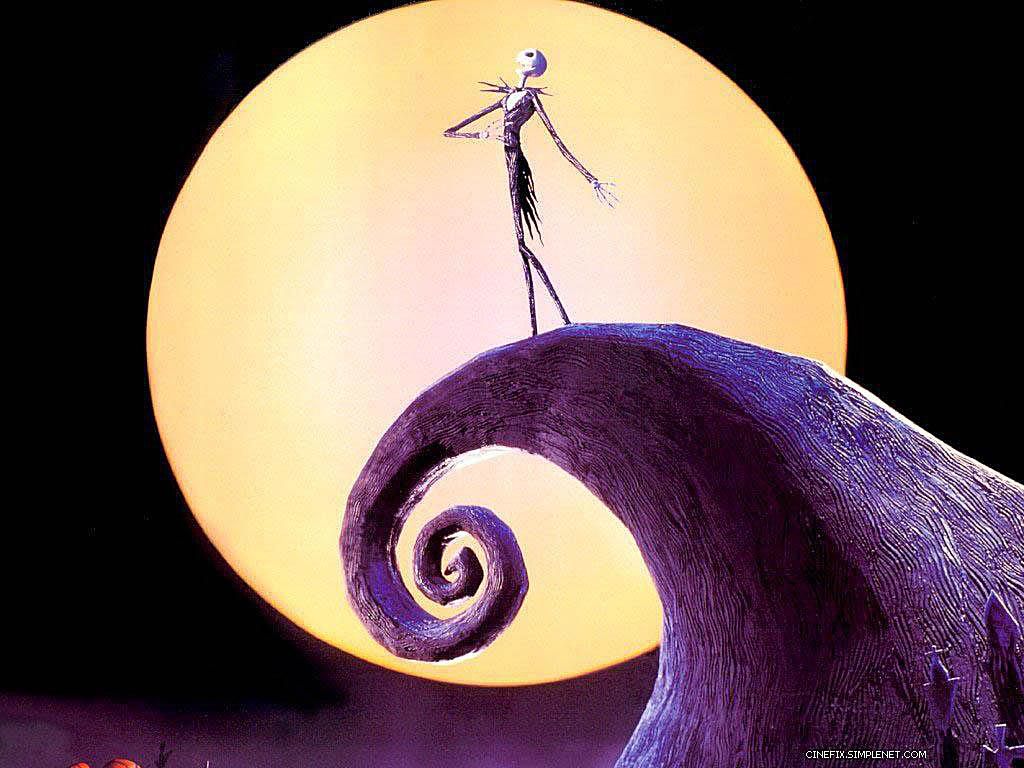 #2: The Nightmare Before Christmas (1993): Possibly my most predictable choice on this list, but eh, fuck it. While Nightmare Before Christmas might have had its reputation tarnished by edgy teens and countless Hot Topic merchandising, strip away the years of distortion and you'll find that no other animated film in existence represents Halloween like Tim Burton's 1993 classic. While I considered The Rocky Horror Picture Show as a worthy musical to this film, there is no comparison when it comes to which movie better exemplifies the mantra that "Everyday is Halloween". While Nightmare Before Christmas' soundtrack does feature some tracks that better exist within the Christmas season, my own opinion on the "Is this a Halloween vs. Christmas film?" has always favored the former, thus seeing the entire soundtrack as authentic Halloween, while viewing the idea of Christmas through a Gothic lens. To be honest, this probably should be my number one top soundtrack, that is, if it wasn't up against what I believe is the perfect ode to the Halloween season.

#1: Halloween III: Season of the Witch (1982): Nope, not the original 1978 classic, not it's excellent sequel, and not even the Halloween (2018) soundtrack (which is fucking awesome by the way), but Halloween III. Despite it's growing reputation as the misunderstood black sheep in the Halloween family over the past couple years, i'm still in the relatively small camp of people who has loved this film from day one. Michael Myers is badass, his films almost always take place on Halloween and feature more Jack-o-Lanterns and candy hungry goblins than you can count. But Season of the Witch is proof that you don't need the masked killer to make a successful sequel, one which manages to capture the Halloween spirit far better than anything else in the franchise by giving it's complete focus to the season, and creating not one, but three classic masks in the process. No, it's not the best in the series (as you'll find out in our coming ranking of the Halloween series). But this was one of, if not the first, Halloween films I ever saw, albeit in an edited TV version. But the very fact that every time October hits it's impossible for me to not sing the infamous Silver Shamrock commercial or have the sudden urge to listen to Chariot of Pumpkins on repeat is testament to its staying power for me. This is the only soundtrack on this list that I feel as though I missed out on something by not hearing it at least once during the fall. Maybe you're not okay with this films inconsistency within the Halloween franchise, but trust me, don't discount its soundtrack for that reason. It's just as much a John Carpenter classic as anything he's ever done.
Media Massacres