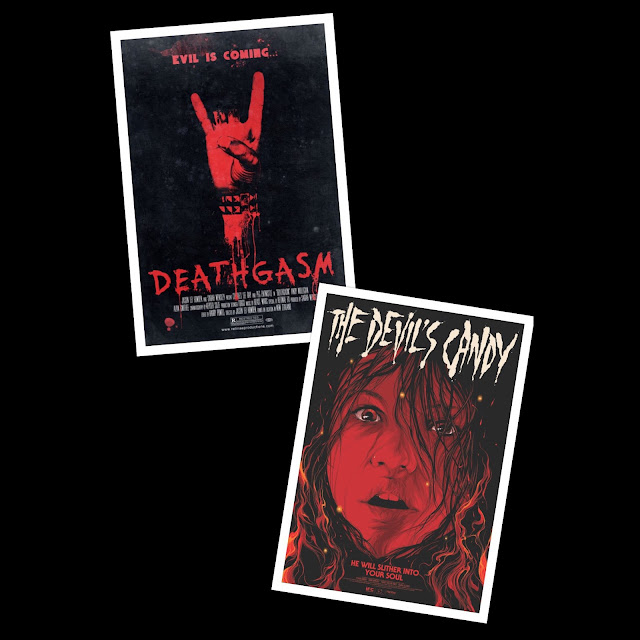 Jeremy: We thought we'd try something new this month for the Coven: Sinister Pairings! With this new feature, we provide you creeps two horror films that we think pair well together as a double feature. For our first choice, Sara and I decided on two very metal picture shows with the New Zealand horror comedy Deathgasm, and the admittedly disturbing IFC Midnight horror film The Devil's Candy.

Despite both films releasing the same year, while I discovered Deathgasm shortly after its date of release, The Devil's Candy was introduced to me by Sara only just earlier this year. Deathgasm was discovered through two means, the first being an article I once read, detailing how the DVD/BluRay Walmart release of this film was re-titled "Heavy Metal Apocalypse", removing the pentagram featured on the cover of all other releases in order for Walmart to distance itself from any promotion of satanic imagery. Total bullshit, but a great unintentional marketing method in order to get more metal heads and gore aficionados alike to take notice of the film. The second instance that drew me to this film was a little simpler, the damn thing was so consistently on my recommend film list on Netflix that I could ignore it no longer. And it's a good thing I didn't because Deathgasm is not only one of the most entertaining "metal music culture meets demon apocalypse" films i've ever seen, it's also one of the most hilarious. There's a reason we listed it in our Top Five Horror Comedies back in June of this year.

With The Devil's Candy, as I mentioned I have Sara to thank for my introduction to this fucking intense film. Flying under my radar for three years, this is one film I wish I had seen upon release date. As with our recent theater experience with Mandy (2018), a film that's an essential big screen viewing, The Devil's Candy would have been a sublime experience to have seen it during its theatrical run. Still, this in no way takes away from the films core brilliance. We're doing a service here for those who haven't seen the film yet by not spoiling it. I was constantly kept guessing where the plot was taking me, with the entire movie keeping you in a whirlwind of just how far it will go with its terror and surrealness. This is one of only two films listed as directed by Sean Byrne, the other being 2009's amazing The Loved Ones. You couldn't ask for a better follow up, and I can only hope that we see something again from what is clearly a brilliant director. 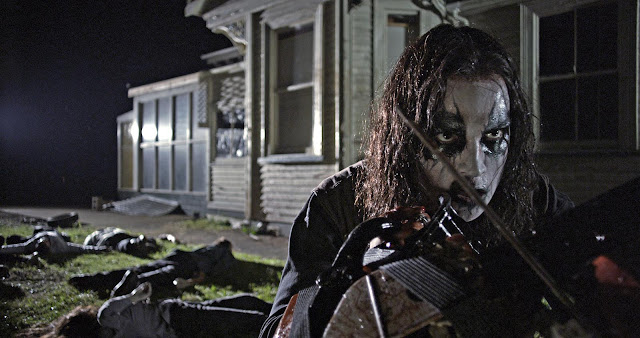 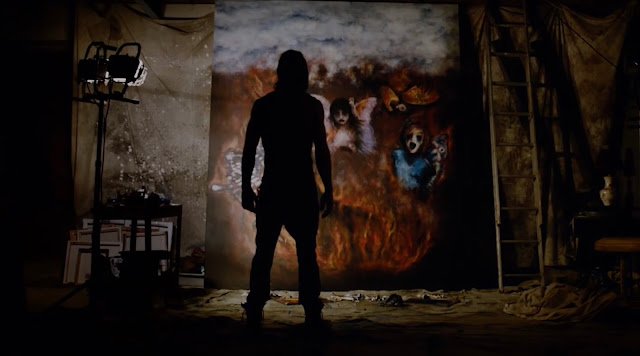 Sara: Two fine films, despite one being filed under horror-comedy instead of just horror, but why are we pairing the two of them together? Well for one: Metal. The Devil's Candy is a supernatural horror film centering around possession and a haunted house, and Deathgasm is a possession film, but could almost pass for a zombie parody. However, both films come equipped with one underlying theme: Metal. The entire soundtrack to The Devil's Candy is caked with metal from the likes of Slayer, Ghost, and Machine Head. The father and daughter share a love for metal, creating a nice bond between them as she is entering her early teens-an age that tends to cause stress between parents and children. Protagonist Brody in Deathgasm uses his love of metal to cope with his unfortunate living situation, and lack of friends.

Another reason why these films deserve a back-to-back? The quirky, underdog protagonist. Jesse Hellman (Devil's Candy) is a lovable dad and husband, with a great sense of humor and is a terribly amazing artist. However, he has trouble feeling motivated creating art that "pays the bills" and looks like a bar-fly from one of the dive-bars down the street from us here in Detroit. As mentioned, Brody has a hard time making friends, and the ones he does have are kind of terrible. He has a sweet disposition to himself, despite covering his face with corpse paint. Which movie should you watch first? It doesn't really matter. They are both intense, fun, and terrifying in their own respective ways.

Speaking of double features, tomorrow is our special #BHorrorMovieNight live-tweet double feature! Starting at 7:30 pm for All Hallows Eve (2013), a half hour break, followed by a viewing of Terrifier (2016). All Hallows Eve is available to rent on Amazon, and Terrifier is currently on Netflix. All you have to do is follow along at @FoxyCatCoven and use the hashtag #BHorrorMovieNight while you tweet along and watch the films! For more info, click here

Don't forget to check out our Halloween playlist : Foxy Cat Coven's: Tunes To Get Spooky To. See you tomorrow night! Keep it creepy, kids