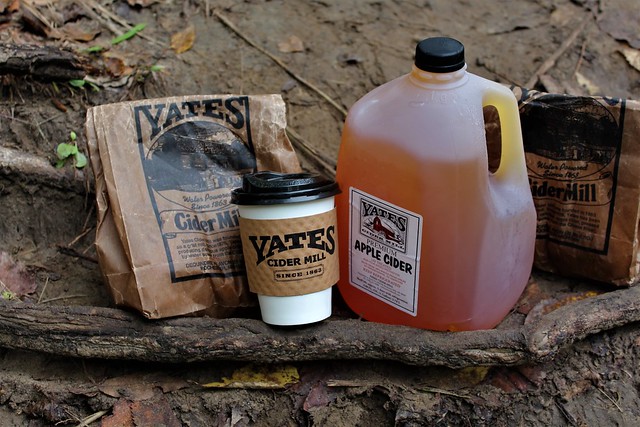 Jeremy: Is it strange for me to proclaim that the term "Cider Mill" was a relatively alien phrase to me before moving to Michigan? To a mid-westener, I could very much understand if it was. Back in my childhood state of Oregon, we were never in want of places like pumpkin patches serving hot cider, or the more common term, farms. Farms, such as the popular Bauman's Farm (or, at least, popular with my family), are what I would akin to a Michigan cider mill, with less focus on the cider, and more on the pumpkin picking and farmers markets. So, when I had my first experience with two of Michigan's cider mills last year for the first time, it was though I was experiencing some of the same childhood excitement I had with Oregon's autumn farms. Now, one year later, I found myself, Sara, and a group of friends once again at Yates Cider Mill over this past weekend to kick off the first weekend of October in perfect fashion.

Having partied hard the night before, this was an excellent choice for a Sunday outing to cure the hangover blues. Despite the huge amount of people in attendance getting into the Halloween spirit, i've found that my favorite part about Yates Cider Mill is the ability to quickly get the essential fall treats such as cinnamon sugar donuts, fresh cider, and even fudge straight from the kitchens of Frankenmuth, MI, before heading out to the many hiking trails that provide more and more solitude the further you venture in. While I may be bias being a Michigan resident for some time now, I can't remember ever enjoying apple cider as much as I do straight from a Michigan cider mill. And with the perfect woodsy fall scenery, some of which you can see pictured here (but, to be fair, this is yet another moment that must be experienced in person), Yates Cider Mill was made for lazy Sundays with just a little bit of spookiness hidden among its many wooded trails. But whether you're a Michigan resident or not, now is the perfect time, as the leafs are finally beginning to fall, to go out and enjoy this most wonderful season of the year. 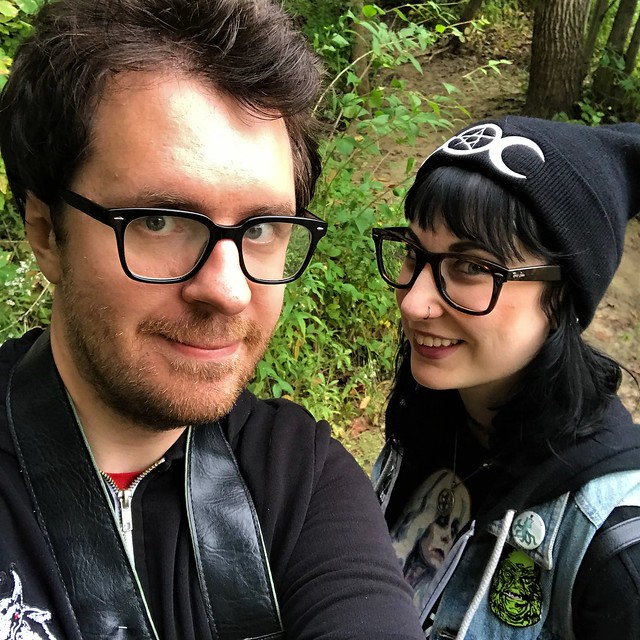 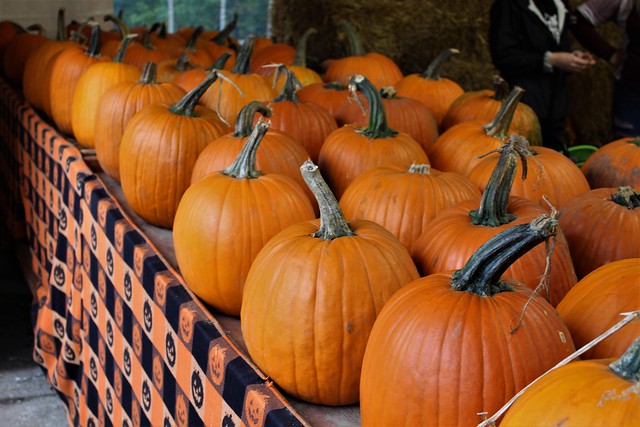 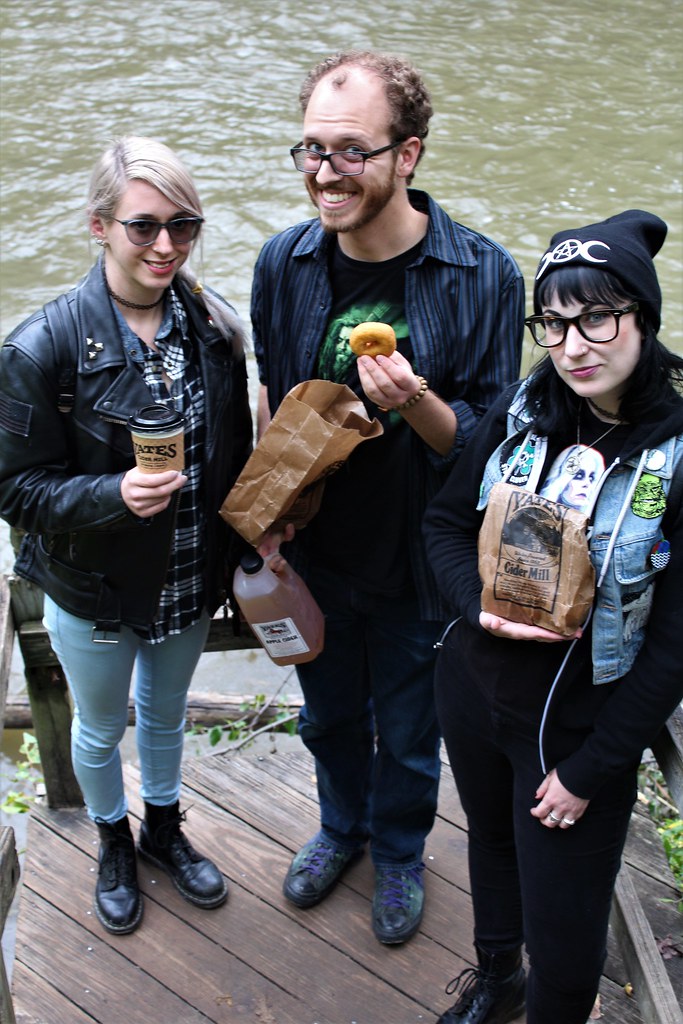 Sara: Yates has been a fall tradition for me ever since my college years. My friends and I would sneak out during the week when it was less crowded, pack a bag of snacks, load up on the doughnuts and cider once we got there, and then hit the trails. There is a wide,  main trail that parallels a river, with a few smaller trails leading off into the wooded area surrounding the mill. Because Yates is one of the oldest running mills in Michigan, there are always people walking the trails, and some have left some interesting artwork over the years. This cider mill is also usually the one that opens the soonest, usually early to mid August, so this was the very first cider mill I was able to introduce Jeremy to.

As Jeremy mentioned, we were only *slightly* hungover, but nothing sugar, carbs, and a couple hours of walking couldn't fix. I am not sure how far we walked, but we were out and about for over two hours and thankfully it was only in the sixties so we had perfect weather (it's eighty again today. Thanks, Michigan). There is always an on-going debate on which cider mill has the best doughnuts, and I will be the first to say that all doughnuts taste better when they are from the cider mill. They are hot, fresh, and the perfect size = a totally acceptable lunch. 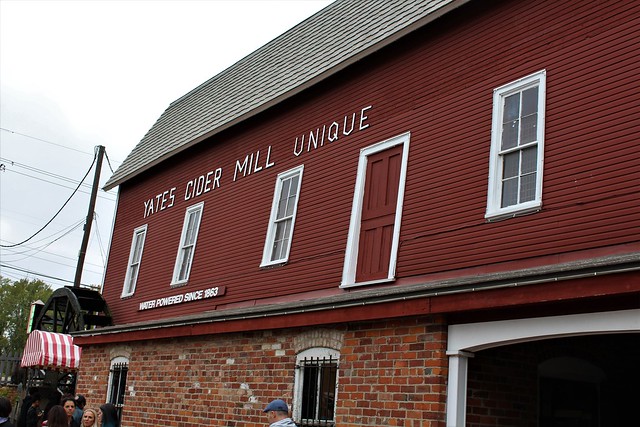 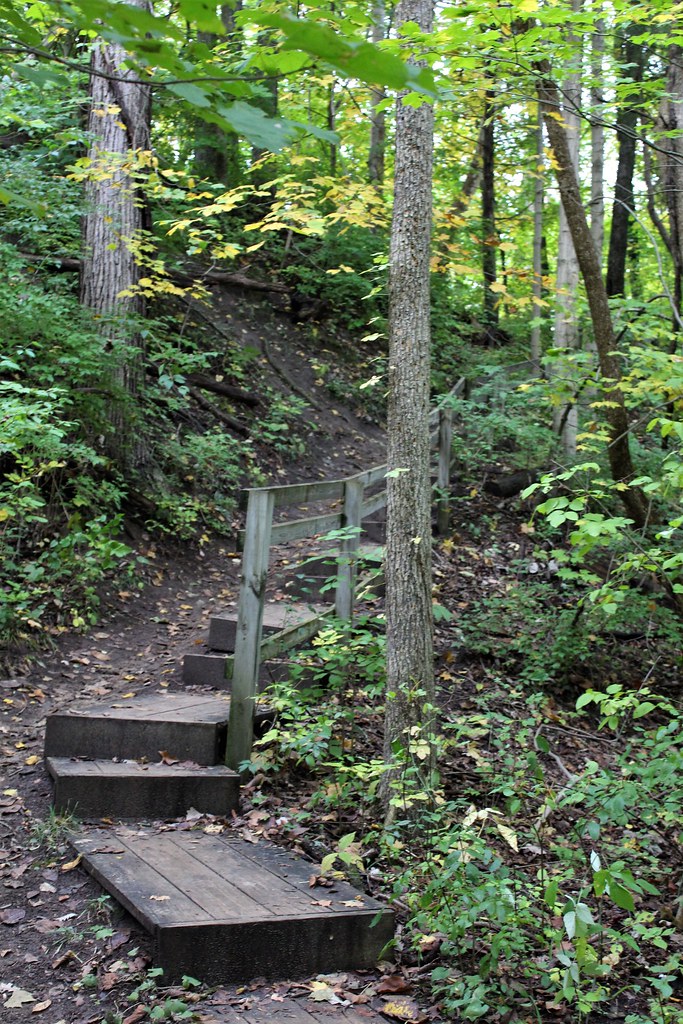 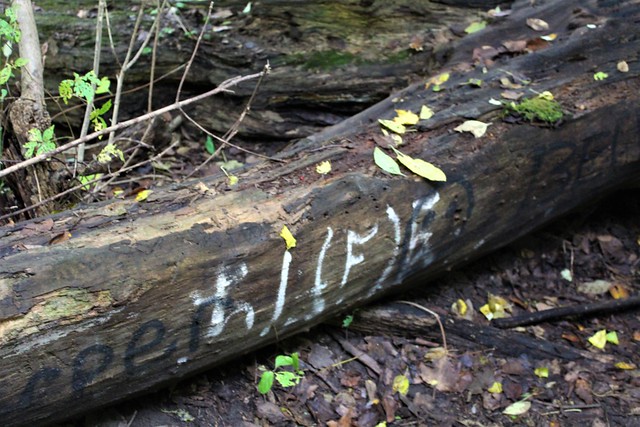 This week we have a special #BHorrorMovieNight live-tweet double feature! This Thursday starting at 7:30 pm for All Hallows Eve (2013), a half hour break, followed by a viewing of Terrifier (2016). All Hallows Eve is available to rent on Amazon, and Terrifier is currently on Netflix. All you have to do is follow along at @FoxyCatCoven and use the hashtag #BHorrorMovieNight while you tweet along and watch the films! For more info, click here.

We also have a Halloween playlist available on Spotify for you creeps to enjoy: Foxy Cat Coven's: Tunes To Get Spooky To. Check it out and let us know what you think! Until next time, keep it creepy, kids.