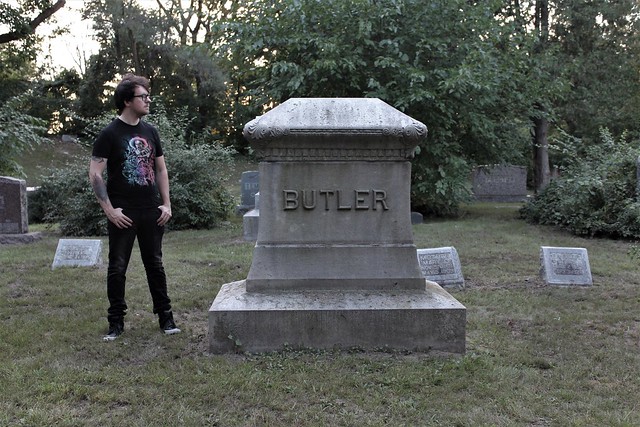 Jeremy: Just by doing a simple google search of this cemetery, you're bombarded by videos of ghostly occurrences and articles of personal encounters with the supernatural. Seriously, go type in "Butler/Ganong cemetery MI" in that Google search bar. Shit's everywhere. Naturally this drew us to this location, the first cemetery we've gone to with serious haunting implications from multiple sources. Looking through the website Michigansotherside.com, an anonymous reader submission reports on the stories of supposed ritualistic sacrifices and the curse on this cemetery brought on by it's founder not being all there in the head. In addition there's talk of the surrounding trailer parks and apartments being built on graves that once made this relatively small plot of land a much larger area. We arrived at the William Ganong Cemetery just before dusk.

Something I immediately noticed as we approached this cemetery was the desolation of the surrounding area. Not the most welcoming looking of neighborhoods. I can report on several things I personally encountered. While we arrived to a very quiet location initially, save for the sound of passing cars in the distance, there were on several occasions times in which I could hear in-explainable voices and noises coming from the wooded area just behind the cemetery. Now from what I could tell there may be more than a few residents living behind this area, but I can at least say that I legitimately couldn't place what I was hearing. Best I can describe it as was that it was as though the sounds were coming from inside of a bottle. Muted and distant. The area also had several instances of vandalism, from a toppled over, marble plant holder, a leaning gravestone against a tree that was covered in excrement, and several other gravestones broken apart by both time and what could have been a sledgehammer in the case of one of them. 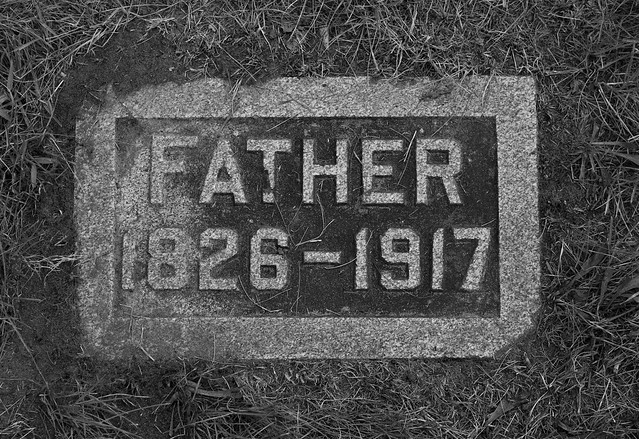 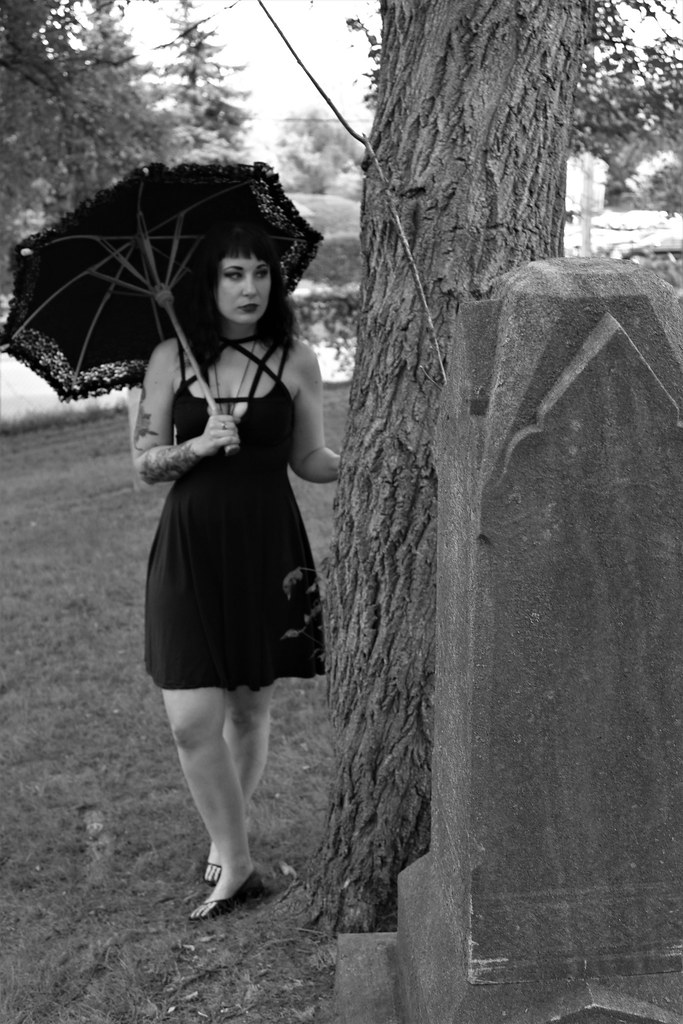 Overall, I would like to make a return to this cemetery as soon as I can. There was a threatening atmosphere all around, despite seeing next to no human presence in the surrounding area. Even then, I believe there is still plenty to be experienced here again in due time.


Sara: The drive to the Butler-Ganong Cemetery was an interesting one. As we turned onto Henry Ruft Road, there became less and less houses along the curve, and boom! Suddenly there was this tiny, old graveyard. There has been a history of motorists getting into accidents on that very curve leading up to the cemetery, and without even setting foot on site, we already had a taste of what has been nicknamed "Bad Curve".

Most of these so-called accidents have something in common: The Woman in White. In the 1980's, a psychic was investigating the cemetery when she came across shreds of a white dress, as well as a scalp of blonde hair. It is believed that because the graveyard is so old  and small (it was formed in 1832, and holds approximately 350 graves), it is no longer being properly taken care of, therefore leading to disturbing paranormal occurrences.  It is also in very close proximity to the infamous Eloise Asylum, and Eloise Cemetery which are also claimed to be extremely haunted.

Our experience with "Bad Curve" left me feeling a bit jolted, as well as excited to enter the cemetery. It was eerie pulling into the graveyard because of how closed in it was, not to mention, weirdly quiet at first. We found a place to park, and immediately jumped out of the car to catch some shots before the sun went down, and that's about when Jeremy mentioned the weird noises. I personally was distracted by all of the old grave markers, as well as a little toad we found. However, as I was wandering around I slowly noticed that I was getting bit by mosquitoes. Not too surprising, as they are the unofficial state bird of Michigan, but then they increased at an alarming rate. It felt almost as if we were being attacked, and I noticed giant welt-like bites all over my shoulders and feet once we retreated to the car. Enraged insects might not exactly be the paranormal forces we were hoping for, but we took it as a hint that we were no longer wanted in the cemetery. 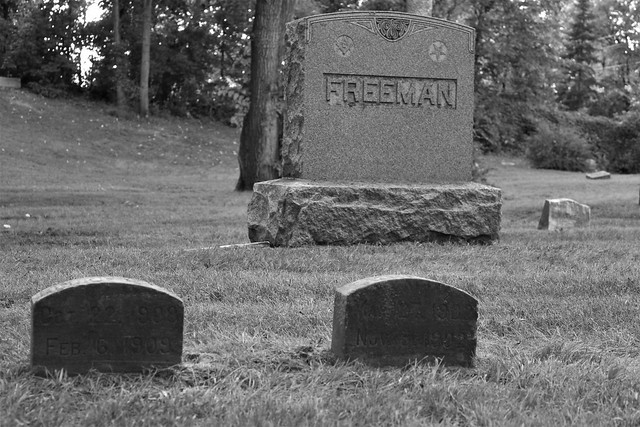 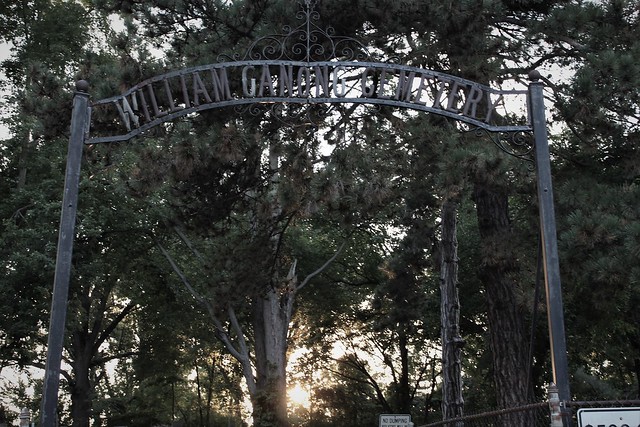 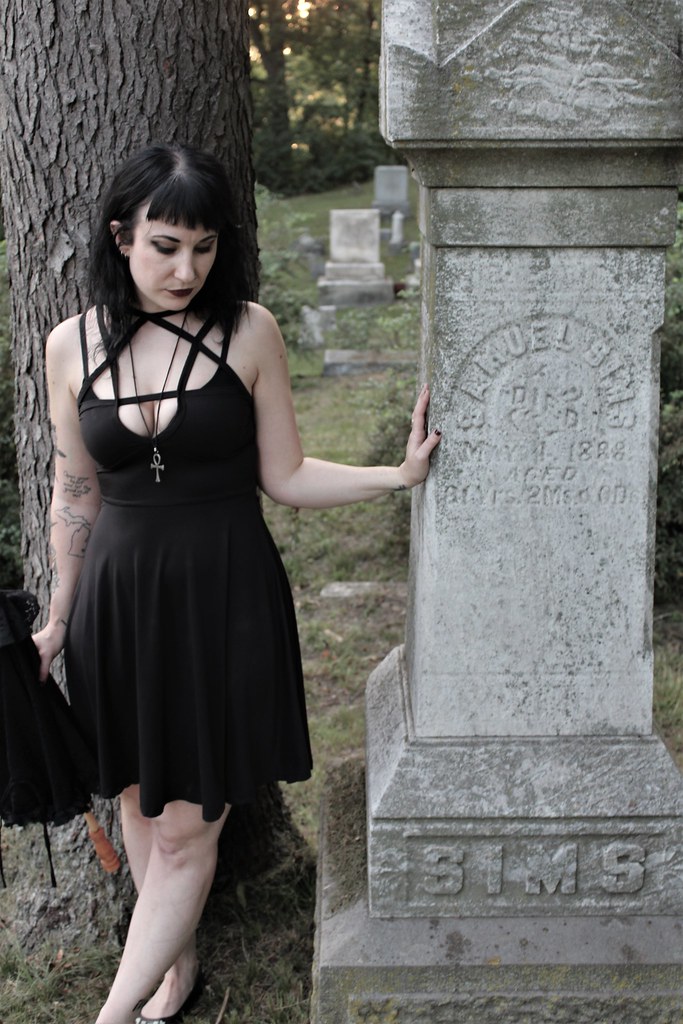 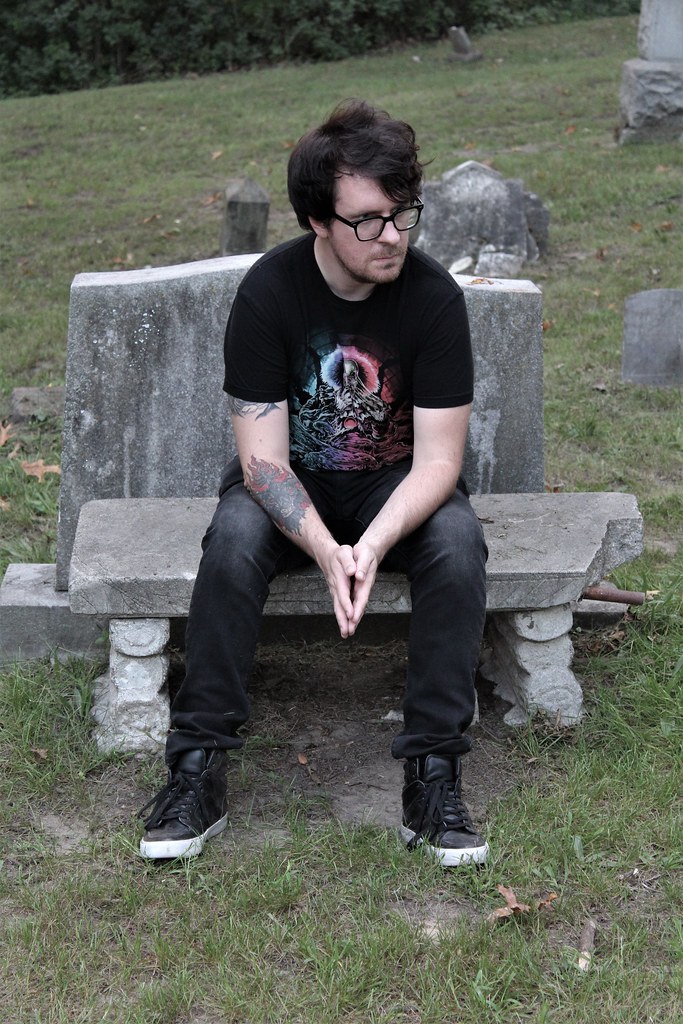 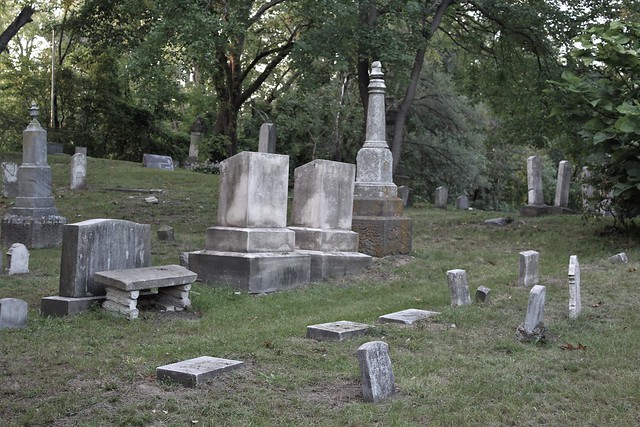 Tomorrow evening we are off to Tempe, Arizona for a much-needed mini-vacation with some of Jeremy's family, but we still have a couple of posts prepped and ready for you creeps while we are gone. We will continue to fill your social media with all things creepy, weird, and spooky, so be sure to follow Foxy Cat Coven and remember to keep it creepy, kids!