Straight Out Of Hell: Hearsefest 2018 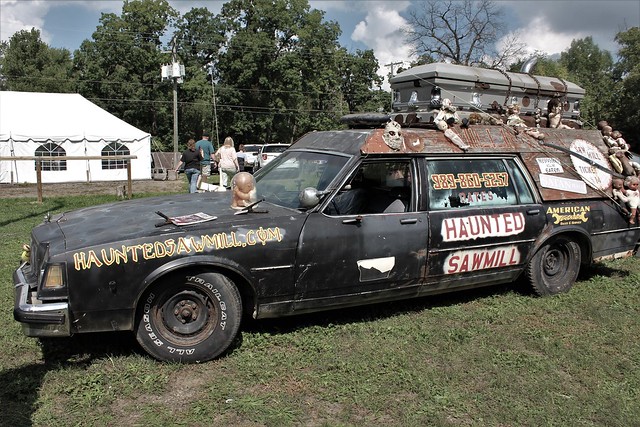 Jeremy: Our plan to check out Hearsefest for the first time came about originally all the way back in March of this year. In fact, it was one of the first trips we ever planned to be used as future content for Foxy Cat Coven. That being said, I've got to up front and say: Hearstfest was in the back of my mind all year. While I sure as hell would love to own a hearse of my own, i've never been one to get pumped for a car show, even with the hint of spookiness promised. I mean, Hearsefest is literally held in a town called Hell, MI. You'd think i'd be clamoring to attend. Now that we've come and gone from the event over the last weekend, I was very wrong in assuming this wasn't going to be not only a fantastic time, but a perfect start to fall and the Halloween season.

I say fall, despite the fact that it was actually hot as hell the entire time. This is an event perhaps best attended with this in mind, as Michigan doesn't seem to actually experience cooler weather until late October. But in true gothic fashion, a majority of the attendees, including Sara and myself, showed up in our all-black best. Hell is an incredibly small town, barely extending a few miles in both ways. Thus, Hearsefest takes up the entire area. And let me tell you, if I didn't want to own a hearse enough already, the dedication to spookifying each vehicle caused me several times to declare i'd put a down payment on of those bad boys at any given moment. Unfortunately, none were for sale as far as I could tell. 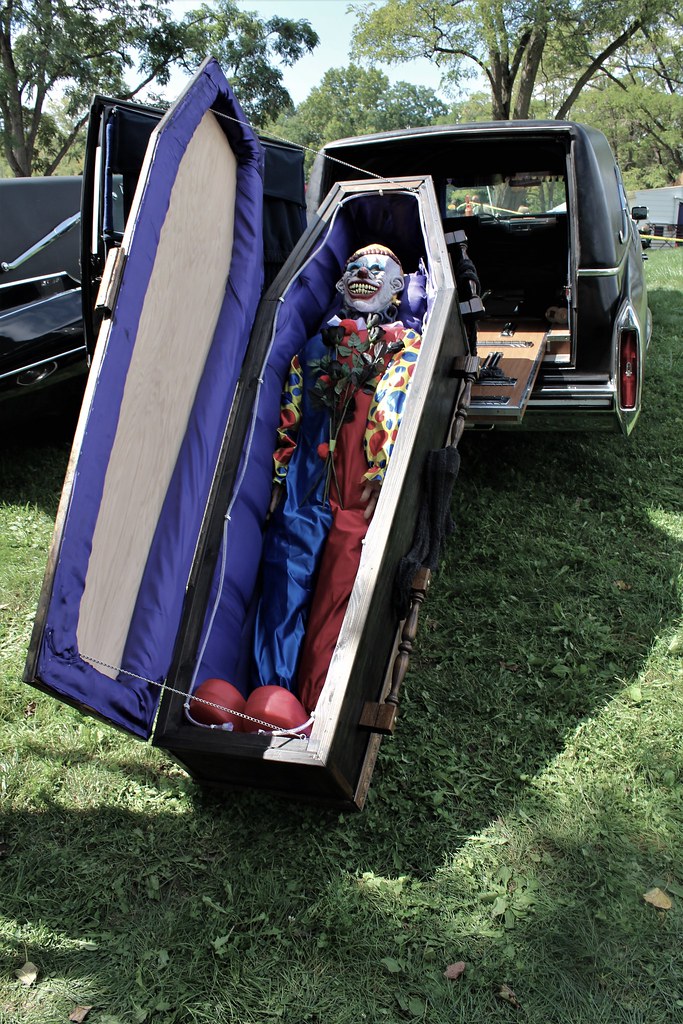 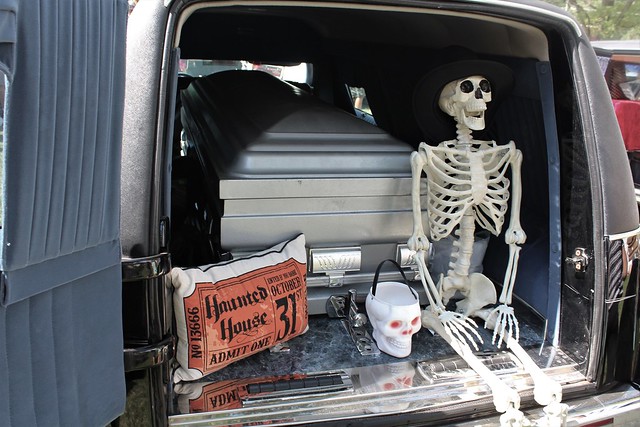 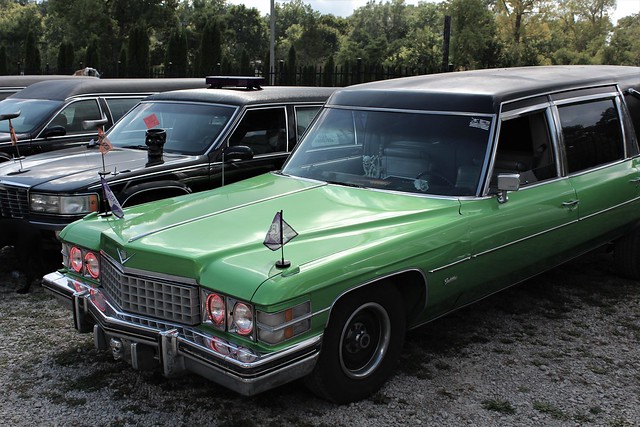 Jeremy: This was one of my first times taking a more active role in the photography you see in our blog. While i'm still learning (so excuse if these aren't quite up to par to Sara's more experienced shots), it was awesome getting to immortalize the many top notch hearses you see before you. For something that I had no idea was so tied to the Halloween spirit, i'm so glad I found out about Hearsefest. Despite a lack of vendors this year (Hearsefest 2018 was actually listed as cancelled only just a week ago), i'll absolutely be returning again in 2019 for what is sure to be another amazing turnout. Definitely a must attend for hearse and horror fans alike.

Sara: Despite being a Michigan native, I have never actually had the pleasure of hanging out in Hell. I have driven through it a few times, but because it is such a small town, I didn't think it had much to offer. WELL. Hell, MI actually has a little more than meets the eye. Not only do they have a pretty kick ass diner filled with Halloween-themed goodness (and yummy food, we recommend the cheese pizza) adequately named Hell Hole Diner, they also have a spooky salon; Hell Saloon, that is just crawling with skeletons, and tasty drink specials. There is also Screams, an ice cream and souvenir shop, where you can also purchase a lock to hang on the Locks of Love Bridge (throwing the key away in the Hell Creek River, the opportunity to become mayor of Hell for the day, and even purchase your own square inch of Hell! There is also an adorably spooky putt-putt golf course, which we will have to go back and try out at some point.

Despite the heat, everyone was pretty pleasant. We chatted with an Alice Cooper impersonator, met loads of hearse owners, and even got to walk around with one of our Instagram friends. I got the chance to sit in a mini hearse and have my photo taken, and was gifted a handmade stake. These photos as well as the rest of the ones that Jeremy took will be available on our Facebook page tomorrow afternoon! Until then, keep it creepy, kids! 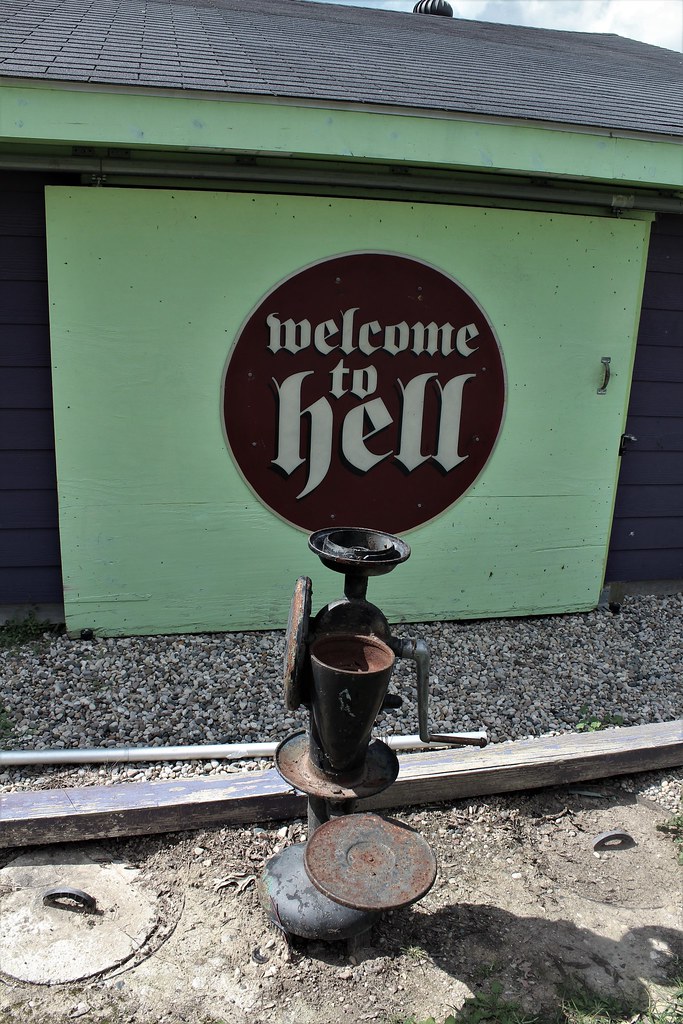 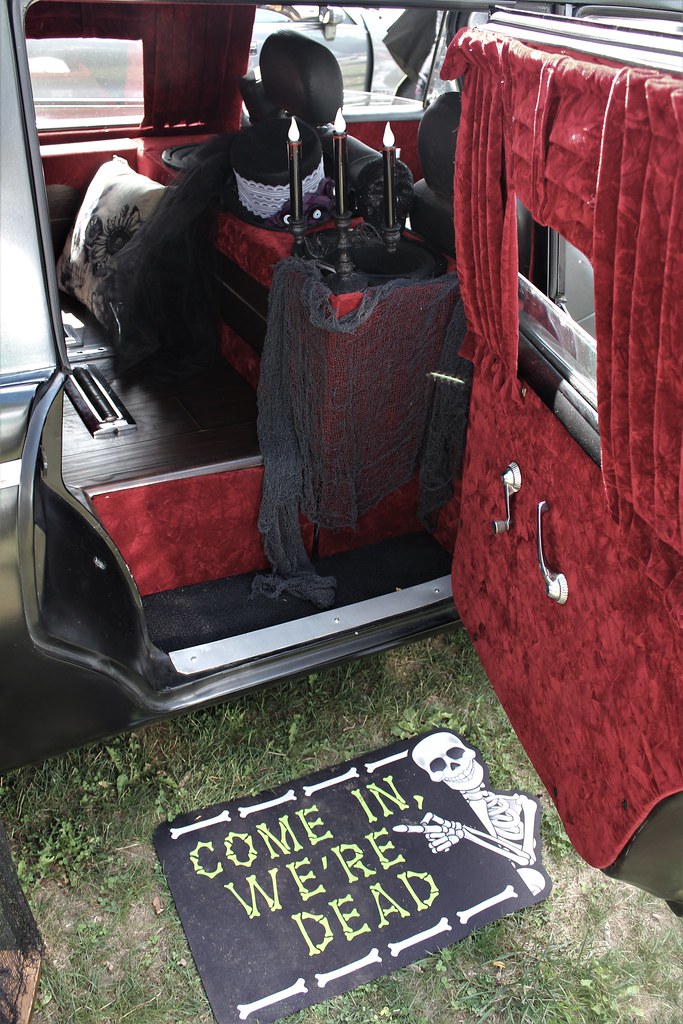 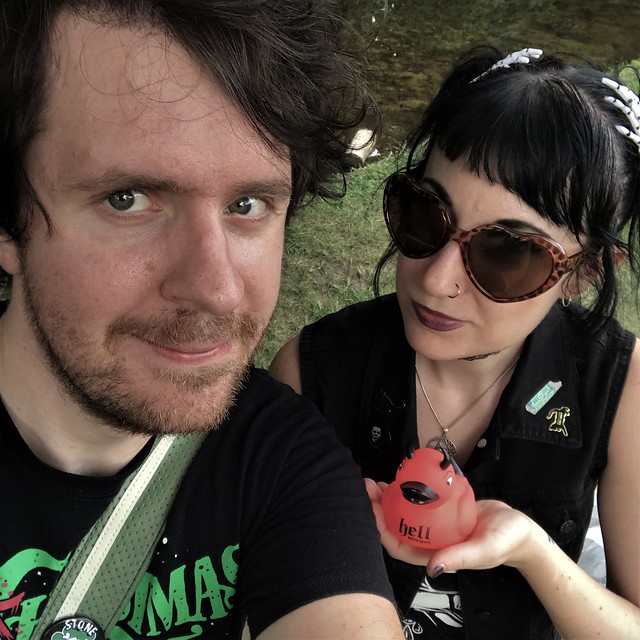