Somethings Haunting You: The Ghost Of The David Whitney House 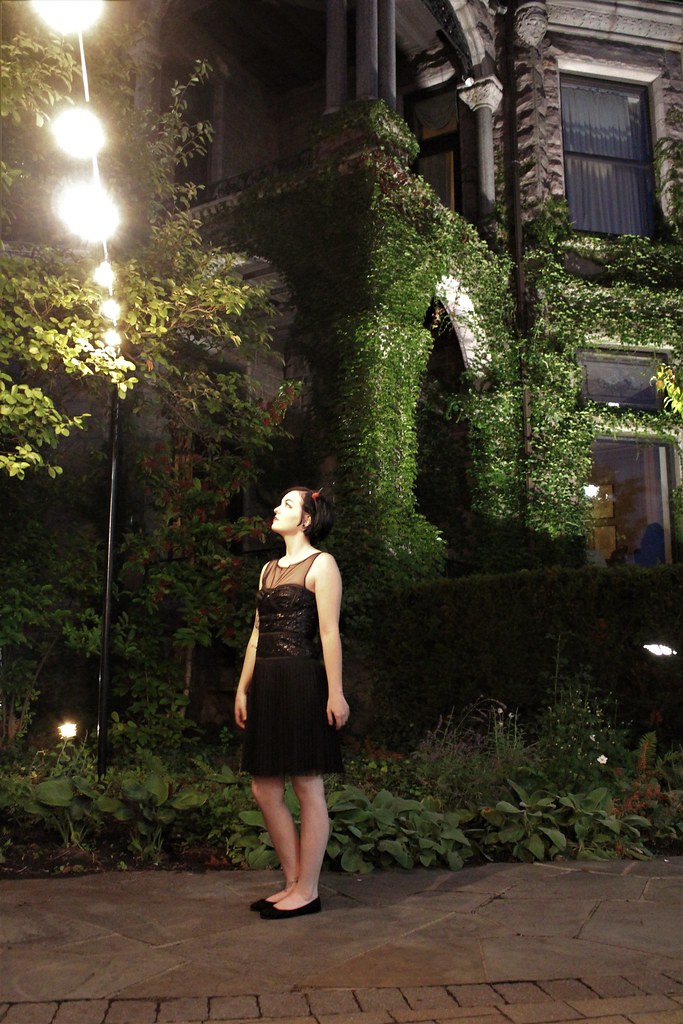 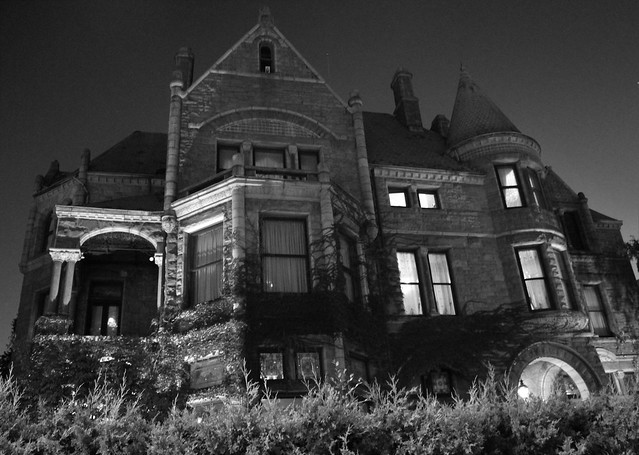 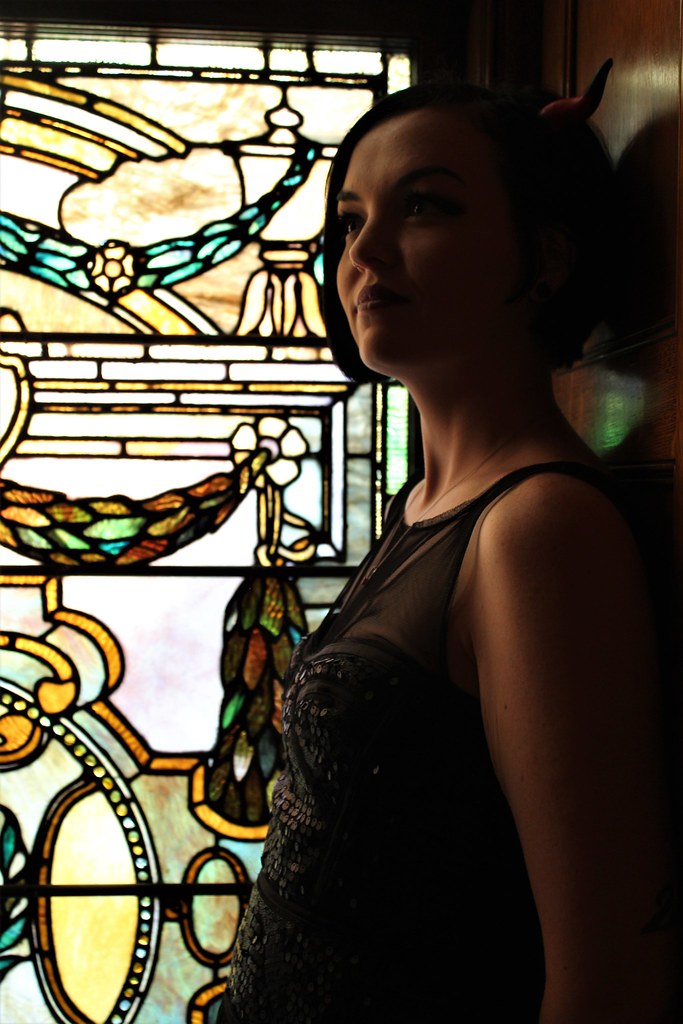 Sara: We couldn't get through a haunted  house themed month without doing a post on one of the most iconic mansions in Detroit, that just so happens to have a rumored past of being haunted. The David Whitney House or as it is currently known as: The Whitney, is located on Woodward ave in Midtown Detroit. It was constructed between 1890 and 1894 by the famous lumber baron, David Whitney Jr. who was considered one of Michigan's wealthiest citizens at the time. It holds 52 rooms, including 10 bathrooms, 20 fireplaces, a secret vault in the dining room, an elevator, and numerous Tiffany stained glass windows, estimated to be worth more than the house itself. The mansion was converted into an upscale restaurant in the 1980's, and during its conversion is where the bulk of the reports of supernatural activities originated. To this day, people believe that the ghost of David Whitney haunts the mansion. One of the most haunted areas in the house appears to be the elevator, with reports of it moving from floor to floor on its own, without any passengers. Unexplained apparitions have been reported by the second and third floor windows, as well as members of the staff claiming table settings and dining utensils being stacked on their own. Enough reports have been made, that even SyFy's Ghost Hunters did an episode on the paranormal activity of The Whitney.

Who exactly is haunting The Whitney House? There have been many speculations, but the most popular theory points to David Whitney Jr. himself, and his first wife, Flora. Flora had passed away before the mansion was complete, leaving David to raise their four children. A year after her death, David married Flora's sister,  Sara. It is assumed that Flora is haunting the mansion, because she never was able to live in it. However, there is belief that David's spirit also haunts the mansion, because he had died there of a heart attack after one of his daughters told him she had plans to marry and move away to Europe. 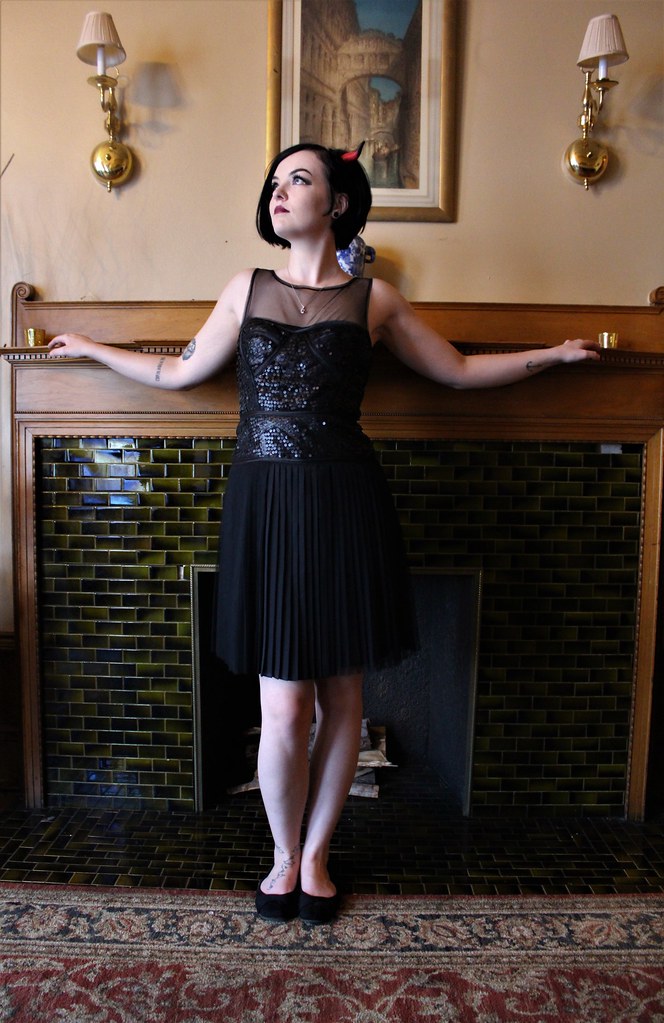 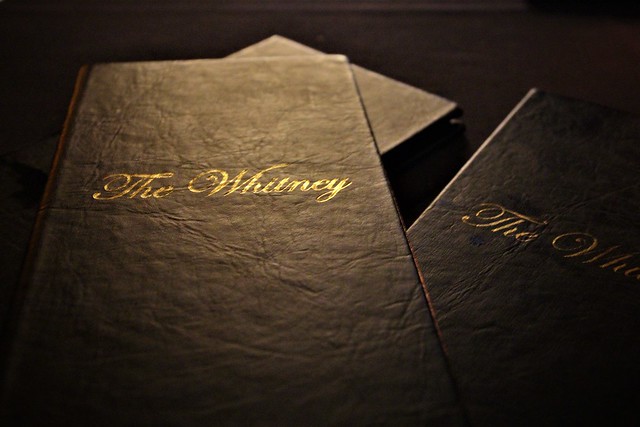 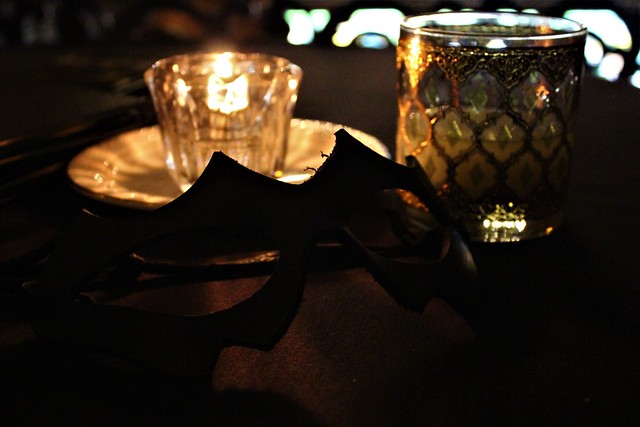 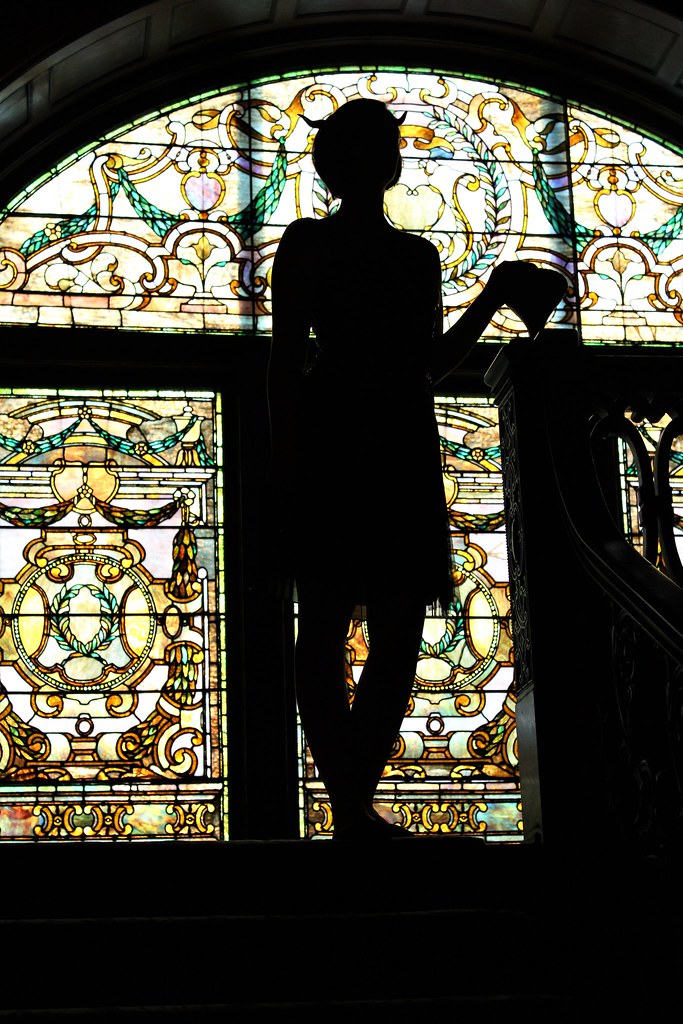 As mentioned, the Whitney Mansion was converted into a restaurant in the 1980's, but it currently offers much more to the Detroit residents and the surrounding areas. During the summer, there are both private and public events held outdoors in the garden, a self-proclaimed oasis in the center of the city. There are also tours held often, even paired with special events such as the Annual Halloween Dinner Adventure which offers a rare tour into areas of the house that are not permitted during regular tours. Most notably, there is the addition of The Ghost Bar, an upscale lounge known for its Witching Hour martini, occasional live entertainment, and decent happy hour menu (I for one highly recommend the absinthe mule).

Jeremy: In the less than two years i've lived here in Michigan, i've found myself on numerous occasions within several feet of The Whitney. While intrigued by it's out of place nature, seemingly a large house covered in foliage in contrast to the primarily urban exterior environment, I knew it only by reputation. Rather, a place I absolutely had to visit, one that was reportedly a site of strong supernatural influence. And as luck would have it, we had the opportunity to do a photo shoot that not only exposed us to the interior of The Whitney, but also to the famed Ghost Bar. We arrived with plenty of time for the sun to still be rearing its ugly head, but with the entire building consisting of stained glass windows, you could just as well think we were in the final hour of dusk. The first floor of The Whitney is reserved for those with dinner reservations, and so we moved up an elaborate staircase to the second floor where most of the pics you see here were taken. This region is mostly closed off for private events, so while Sara spent a majority of her time here taking photos, the rest of us ventured to the third floor, The Ghost Bar, where the assumed ghostly activity is said to be strongest.

It may be a little presumptuous of me to say, but before we even made it to the top of the staircase, a nearly empty table spilled its utensils as near to falling down to the second floor as possible. A haunting from hell? My eyes playing tricks on me? A very clumsy waiter? Who's to know. But it would be that very same table we would all be sitting at. This floor was by far the most dimly lit, with a menu that, while serving up several cocktails options, was most intriguing for its absinthe selection. This was our primary drink for the night, one which was heated and distilled on the table in front of us. With a very refined, classy environment there seems to be few modifications to the building in order to preserve its original atmosphere. We were also seated within view of the elevator that is reported to have some paranormal activity, one which I never saw open in the many hours we spent there into the night. If there exists ghosts at The Whitney and its Ghost Bar, I can only say they give off a welcoming air, as opposed to an oppressing one. I thoroughly enjoyed my time here either way. With it's upscale sensibilities mixed with an old world environment, it's perfect for anyone looking to feel as though they've entered right into the world of 18th century haunted mansions, sans blood thirsty spirits. 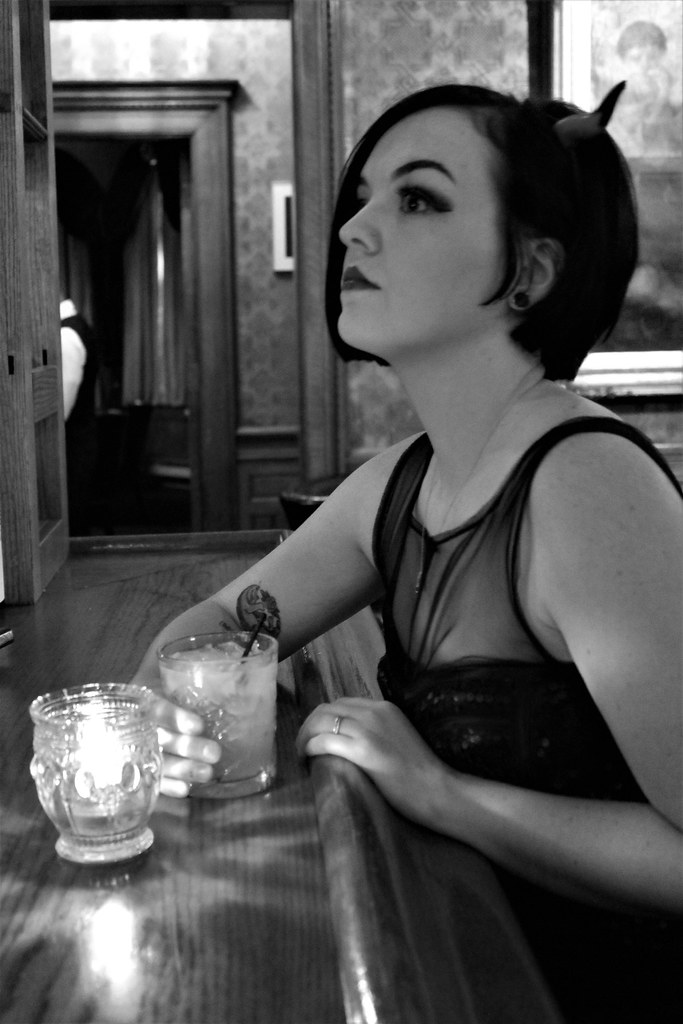 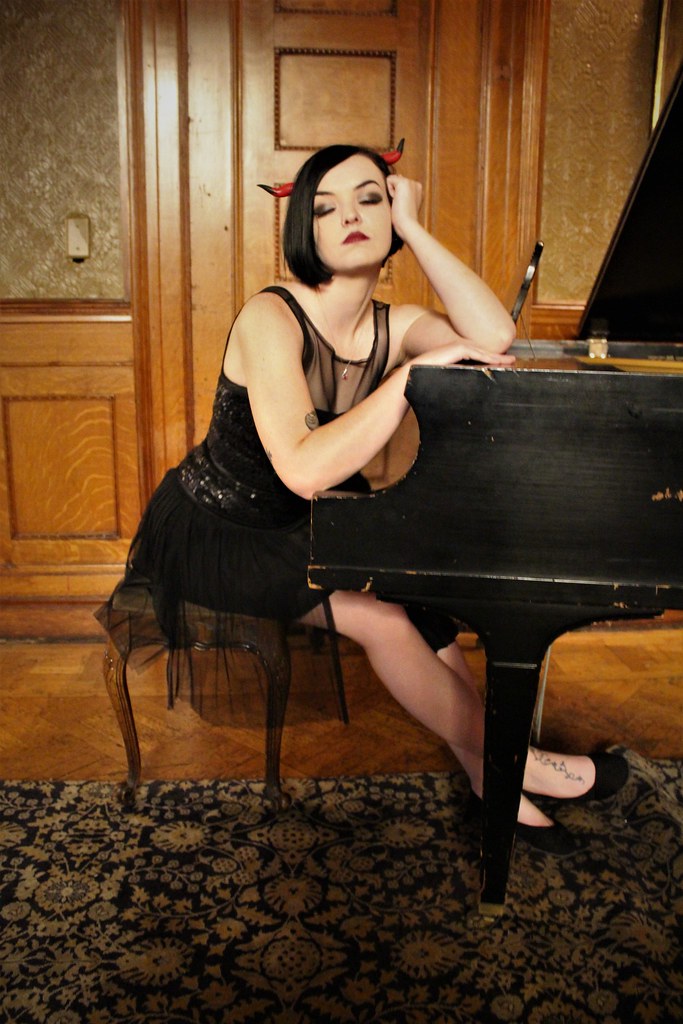 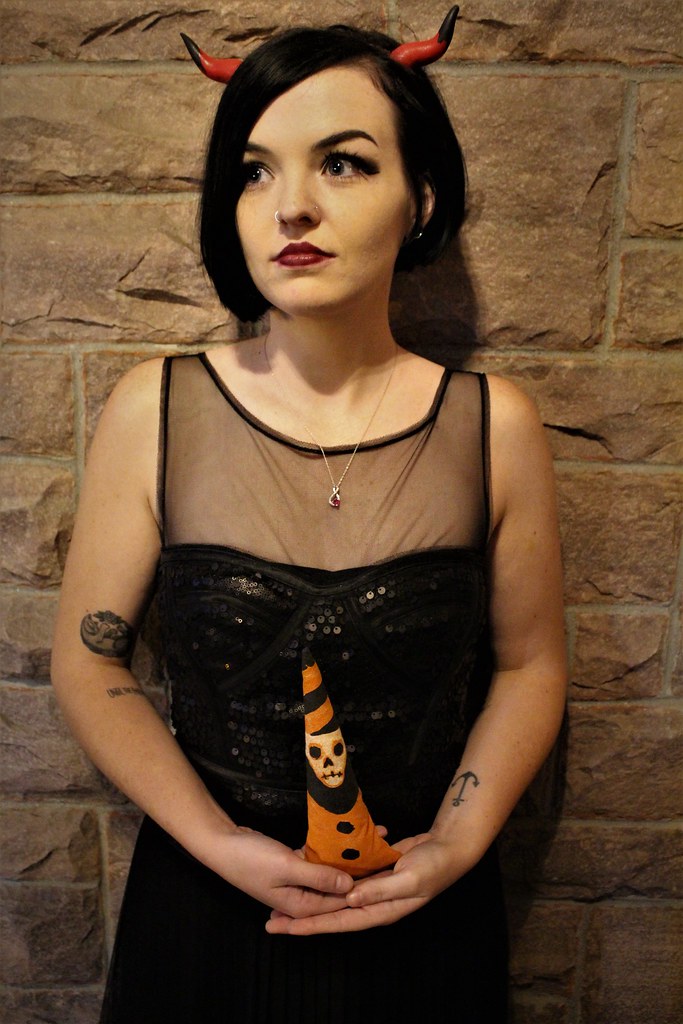 Sara: We are halfway through the month, but we still have a few haunted house posts up our sleeves for you creeps! Don't forget to follow @FoxyCatCoven on all forms of social media to keep more horror and other dark, whimsical goodness in your feed. Until next time, keep it creepy, kids! 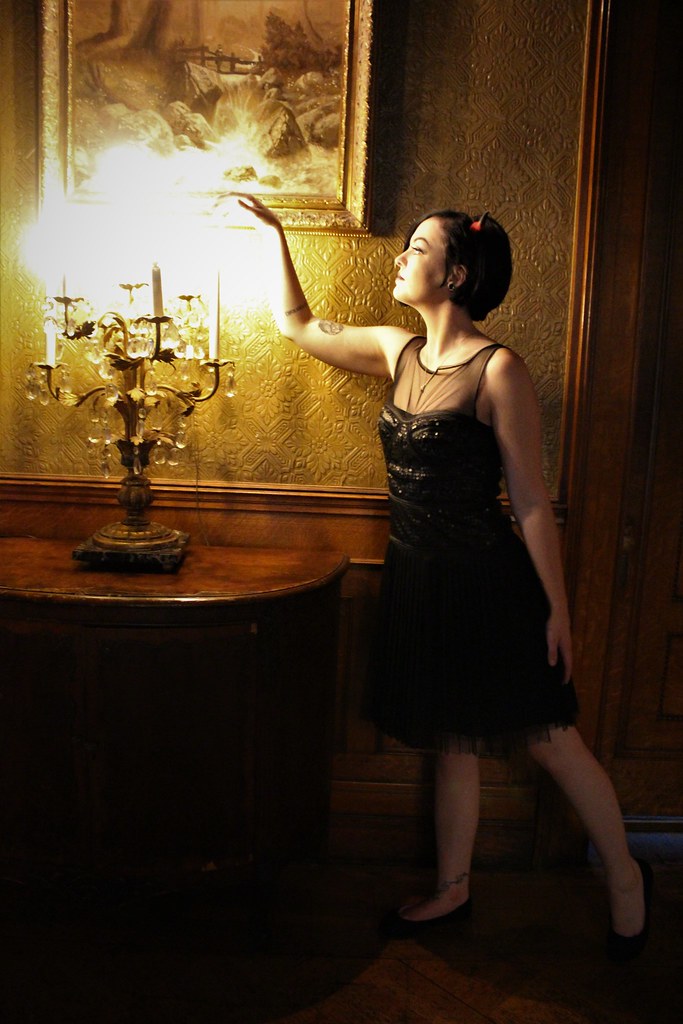