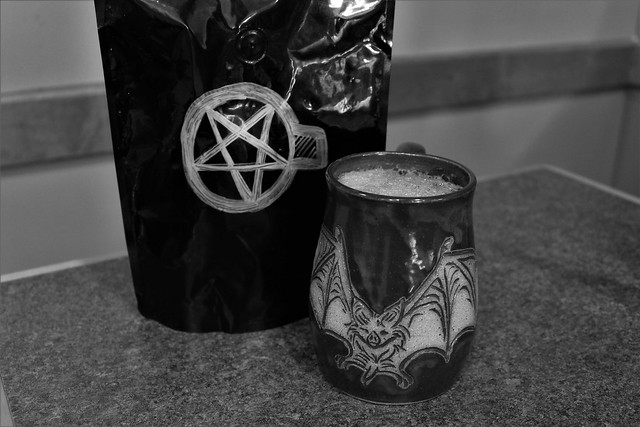 Sara: Normally we kick off each month with a new theme, but before we get to our regular Up and Coven Happenings post, we had something really special that we would like to share with you creeps. This blog isn't only fueled by slasher films and horror memes, oh no. If it wasn't for copious amounts of alcohol, balanced with caffeine, nothing would get accomplished. Today's blog post is brought to you by the latter, and thus we present to you: The Black Metal Barista's Brew From The Black Lagoon!

Before we get into the coffee, we are going to give you a little backstory on how it came into existence. Lexie is a friend of ours who just so happens to be one of the most bad ass baristas in the Detroit area.

"I always drank coffee as a kid and got my first job in a cafe when I was 14 but didn't start getting into craft coffee/roasting art until about three years ago. I was drawn into the industry after a long love of coffee and after learning about the injustices that coffee farmers were facing on a daily basis, and decided I had to change it-apparently it's hard to change the world on a global scale, so I decided to start locally by raising money selling coffee to friends and donating the proceeds to charities." 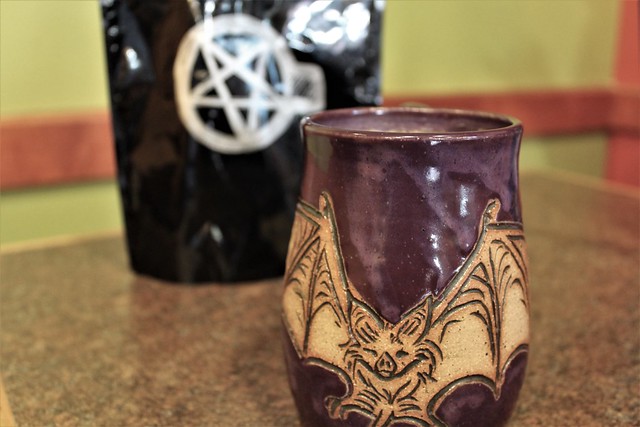 Lexie has donated to several local animal shelters in the Detroit area, Freedom House,  and Affirmations. When she isn't doing her part to save the world, she can be found at Joe Bar in Hazel Park, MI creating some truly bad ass concoctions like The Lenore Latte: a chocolate and malty latte made with The Poet Oatmeal Stout from New Holland Brewery, and Unicorn Blend Dark Matter Coffee.  This, along with many other unique creations, including her own personal blends, as well as small snippets of life as a metal-loving barista can be found on her Instagram account @BlackMetalBarista!

Jeremy: Lexie was so gracious enough to let us name this particular brew, a delicious dark/medium roast that we were very quick to dispose of. I chose the name, "Brew From The Black Lagoon", in part because it sounds fucking metal, but also for the grounded coffees intense dark hue. A deceiving appearance for a coffee that retains the rich flavor of a light roast, while having the distinctive appearance of an intense dark roast. The hidden features of this brew can also be found in the smell, at first faint and almost unrecognizable, but a closer look reveals a heavy bodied scent. And as the creature from the black lagoon stalks his victims in secrecy from below, so does this brew sneak up on you until it's attack of a complex mix of sweet and fucking brutal, energy-filled flavor hits you.

For someone who puts far too much creamer in his coffee, often to mask that i'm drinking some of the worst quality stuff out there, this brew was so flavorful that I felt after the fact I was doing a disservice by adding anything at all. For me, that was a huge deal and reason enough to want to try out her many other caffeine-fueled concoctions. Absolutely recommend. 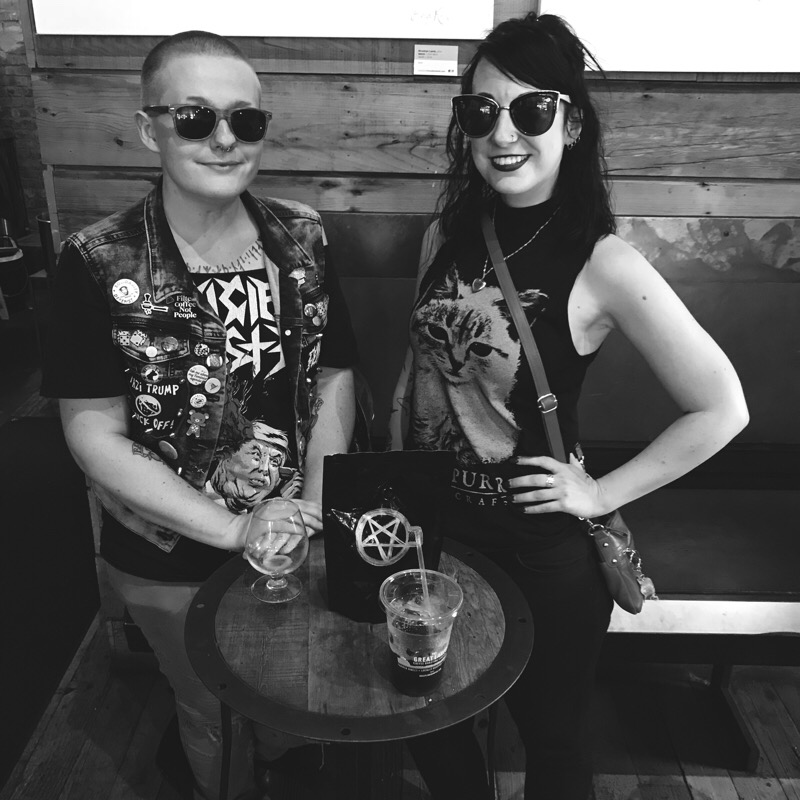 Sara: With a passion for coffee art/roasting, doing her part to help the local community, and a love for black metal, Lexie's Instagram is nothing but pure. We may be biased little shits, gushing over our friend, however, these are the people who deserve a little shout-out in the world. Not only did Lexie roast up a batch of some of the nicest coffee I have had in a long minute (this Coven is on a budget, and has to suffice with bland Folgers's most days), she also gave me a playlist of some of the songs she likes to roast to, some giving her inspiration for her work. So here you have it, a black metal playlist crafted just for you creeps:


Now that the majority of the website overhaul is complete, we can focus once again on cranking out some great content for you guys. We have the most posts we have ever planned out for a month yet set for September, and you will get a glimpse of that in our September Up and Coven Happenings post that is set to come out later this week. We are really stoked for this month's theme: Hint, it's hauntingly good! In the meantime, if you have a business that is along The Coven's interests that you would like to advertise, or perhaps collaborate with us on, we are now presenting that opportunity for you! Just shoot us an email at FoxyCatCoven@Gmail.com. As always, keep it creepy, kids!