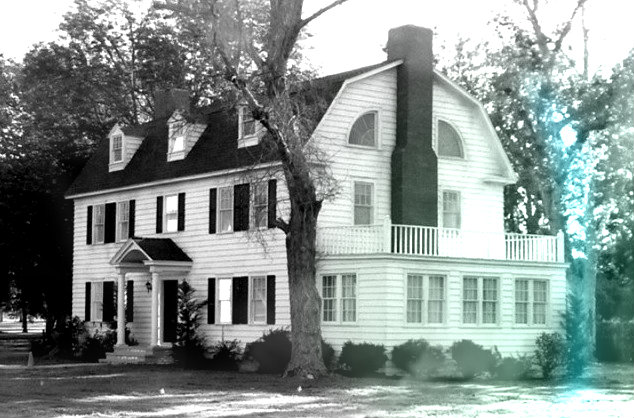 Jeremy: The Amityville Horror is not a film I grew up with (Be it the original 1979 version, or its 2005 remake). But like The Shining, The Texas Chainsaw Massacre, and The Exorcist I was led to believe it was on par with these films. With so many sequels, and the story itself still being talked about by my parents years later, I was heavily under the impression this would be a great fucking film. Even the back story of the house, further explored by the paranormal investigators Ed and Lorraine Warren (see; The Conjuring cinematic universe), had all the makings for plenty of fantastically spooky cinematic moments. Well, I was about 20 years old when I finally gave this one a shot. And I fell asleep.

While the 1979 Amityville Horror has plenty of "remember that one scene" moments, it's bogged down by what I assume is a pretty strict adherence to the novel it's adapted from. Whenever I revisit the thing, i'm constantly reminded that this is one of my favorite films to check my watch to. It overstays its welcome in a big way. What elevates it being truly awful to just so-so comes in the form of both the setting, and the batshit insane look of lead actor James Brolin. In the case of the latter, that son of a bitch goes from looking slightly stoned at the beginning of the film, to looking like a fucking heroin addict once shit starts going down. He stays just on the verge of having a complete breakdown, but his constant anxiety and outbursts do create some good tension that would have been suited better to a shorter film. And, of course, the house as the primary setting of the film already has the iconic, eerie look that makes it a great horror movie setting. It's unfortunate though that nearly none of the scenes here work.

And so, what do you do sixteen years later with a film that's hardly adequate enough to warrant a second viewing? You pump that shit full of CGI and make Ryan Reynolds a star! This was my second time watching Amityville 2005, but really, it was more like the first all over again because I could not remember a single scene from this movie. Coming out right smack dab in the middle of the Platinum Dunes horror remake craze, I can vaguely remember the buzz being pretty low for this one. But how does it stack up now on its second run through? It was alight, I guess, but even as I write this entry i'm already struggling to remember a good chunk of the film. I mentioned the CGI as a joke but I actually loved quite a few of the effects here. They even made for some pretty good scares, which I personally felt were needed, as the house itself seems to have a far less menacing presence in this version. While the original was vague with its hauntings, the remake provides more of an in your face look into what's plaguing the Lutz family. And with a shorter run time! Overall, the remake may feature a less creepy house and a cast not as up to par with the original, but i'm gotta be honest and say i'm going to go with the remake on this one. And that decision literally comes from the fact that it was scarier and had a shorter run time so I didn't have to suffer as long. How did this film get so many sequels again? 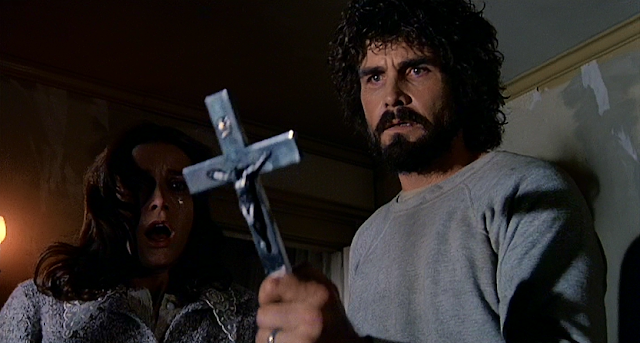 Sara: If you think that Jeremy waiting until he was in his 20's to watch the original Amityville Horror was bad, well I am down right terrible. I actually only watched both the 79 and 05 version's this year. I don't know why I waited so long because the house, with it's ominous, curved windows is iconic when it comes to haunted houses. In the end, that was just it. It's like they the creepy ass house, a story that was based off of true events, and yet still didn't know what to do with this movie. James Brolin rocked the crazy eyes pretty well, but each scene was just so anti-climatic, leading right up to the final one. Even Margot Kidder couldn't save this snooze-fest, and if anyone has seen Black Christmas (1974) she does well with horror. Sadly, I can't even spoil this film because there really isn't much to spoil.

The 2005 remake definitely gave the story more horror, with enough jump-scares to give you an ab workout. I honestly didn't expect much, as it was hard to not imagine Ryan Renynolds as anything other than Deadpool for me at this point, but he actually surprised me. Some scenes come off a bit over the top, but at least they weren't dull, so there's that. I am not always a huge fan of focusing on children in horror movies, but they did more of that in the remake and it did help move the story along. In the end, I really hope that The Conjuring universe eventually gets the rights to remake this movie, because I think that would give it a bit of justice. I am intrigued on reading the book though, and then perhaps another re-watch for both movies. Or at least the remake for Ryan's abs, because helllooooo nurse! 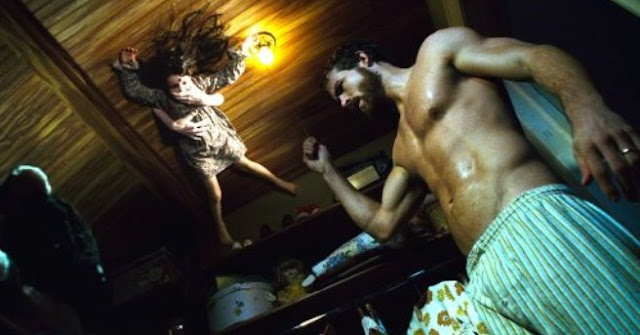 We still have a couple days left in Arizona, but when we return we will have one final haunted house themed post for you creeps to close out the month of September. We have loads of plans for the Coven for October, and we cannot wait to share them with you! We already filled every weekend with plans, so get ready for all things spooky! In the meantime, keep it creepy, kids.
Media Massacres OG vs Remake